There is still time to be among them, whether you fancy a bite of the Big Apple, fun in the theme parks of Orlando and Tenerife or dream of a Caribbean cruise. Trisha Harbord has ten ideas for a fabulous overseas holiday. 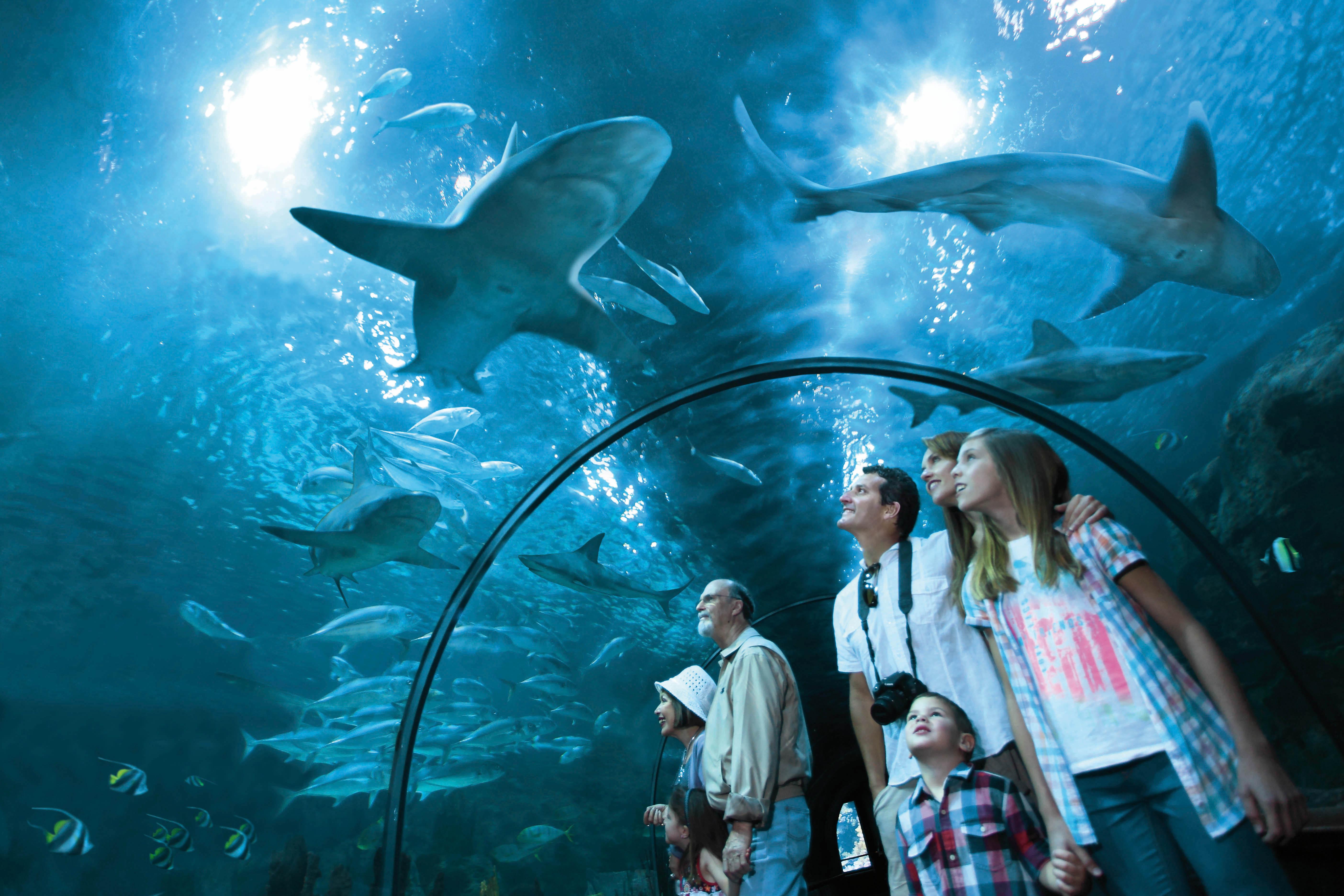 THE capital of the Canary Islands has a turkey and tinsel break just over four hours away.

Many hotels are decked out with trees, baubles and lights and serve traditional food and drink. It’s a warmer home from home.

From Birmingham on December 23 it is priced from £599. 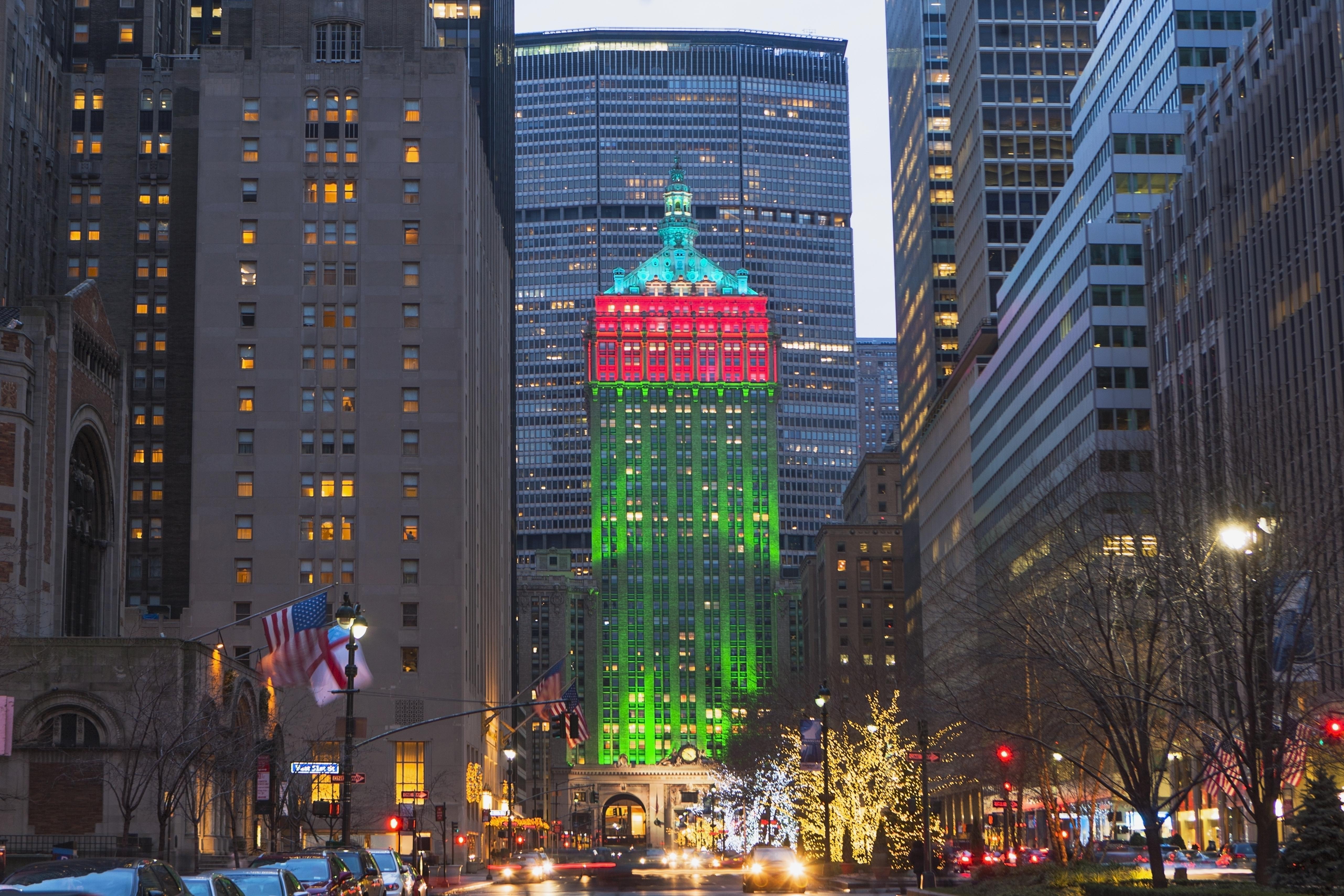 THE glittering city is magical during Christmas, made even brighter with its festive concerts, shows, markets and stunning window displays.

Take a ride in a horse and carriage through Central Park, view the city from the Empire State Building or join a movie tour to see where those Christmas scenes in Elf, Home Alone 2 and Miracle on 34th Street were filmed.

Four nights’ room-only at the 4H Hudson New York, from Heathrow with Virgin Atlantic on December 23, is from £999pp. 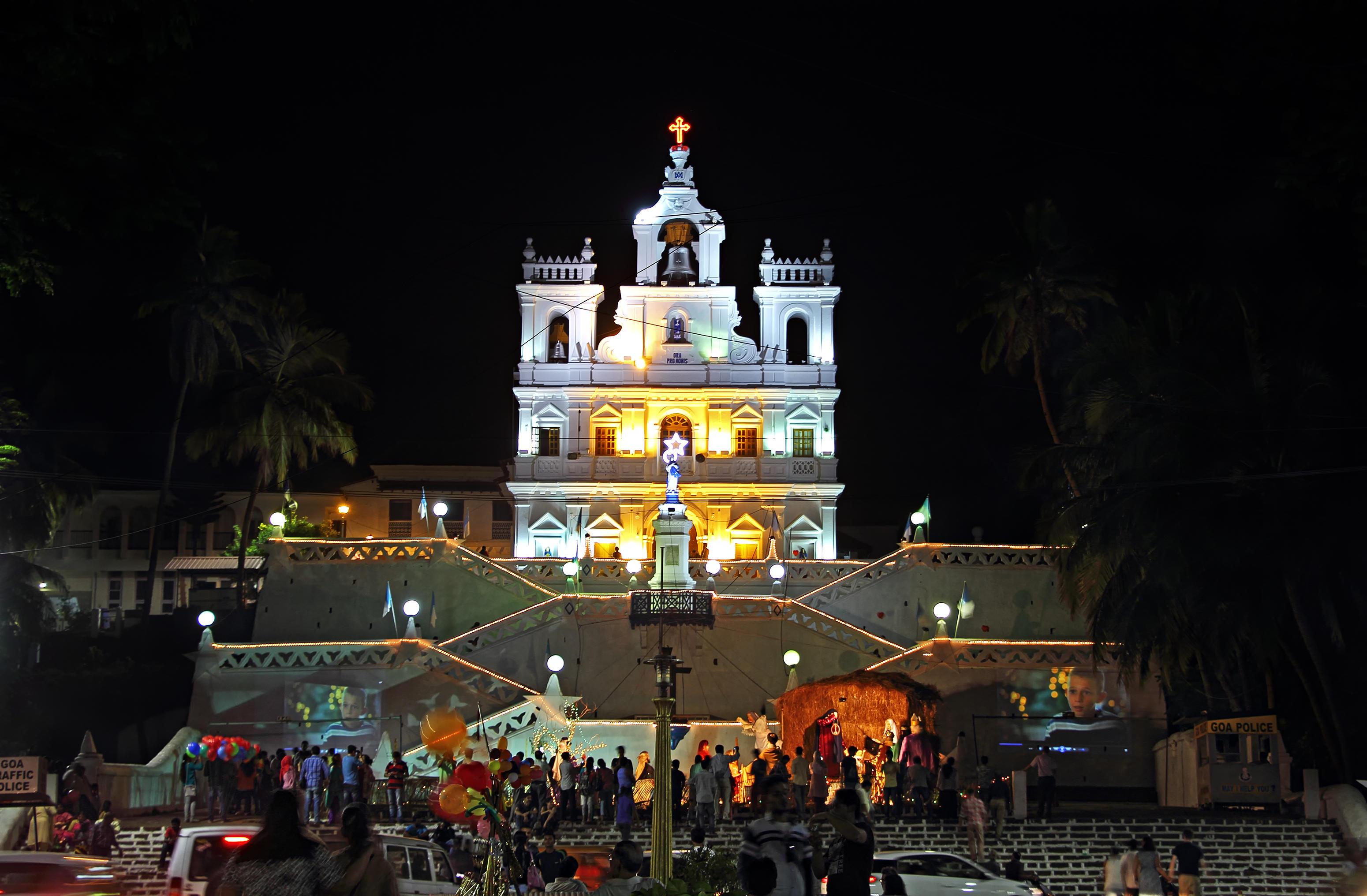 WHY not party on the beach on the south west coast of India, relaxing in glorious 30C temperatures.

Palm trees are strung with fairy lights, and fireworks explode into the sky as Christians and Hindus come together to celebrate Christmas. Burn off the festive calories on a jungle adventure of canyoning, trekking and cliff jumping. 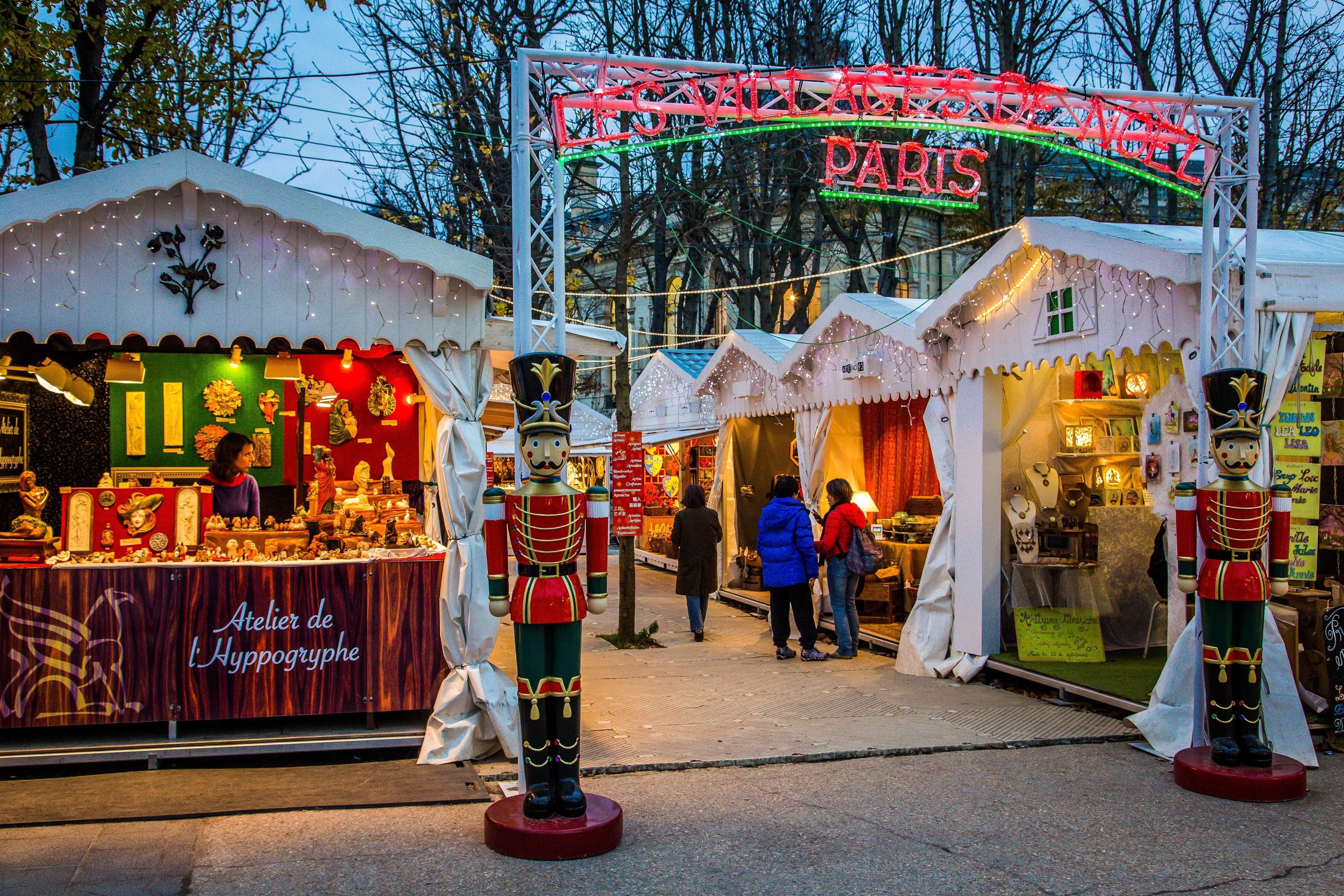 KNOWN as the City Of Light, Paris really lives up to its name at Christmas.

See the twink-ling buildings from a Seine river cruise, a sightseeing bus or the top of the Arc de Triomphe.

Head for the festive markets across the city with the largest, The Christmas Village on the esplanade at La Defense, boasting 300 wooden chalets selling crafts and food.

Five nights’ room-only at the 4H Hotel Sacha, including flights from Luton on December 22, from £375pp. 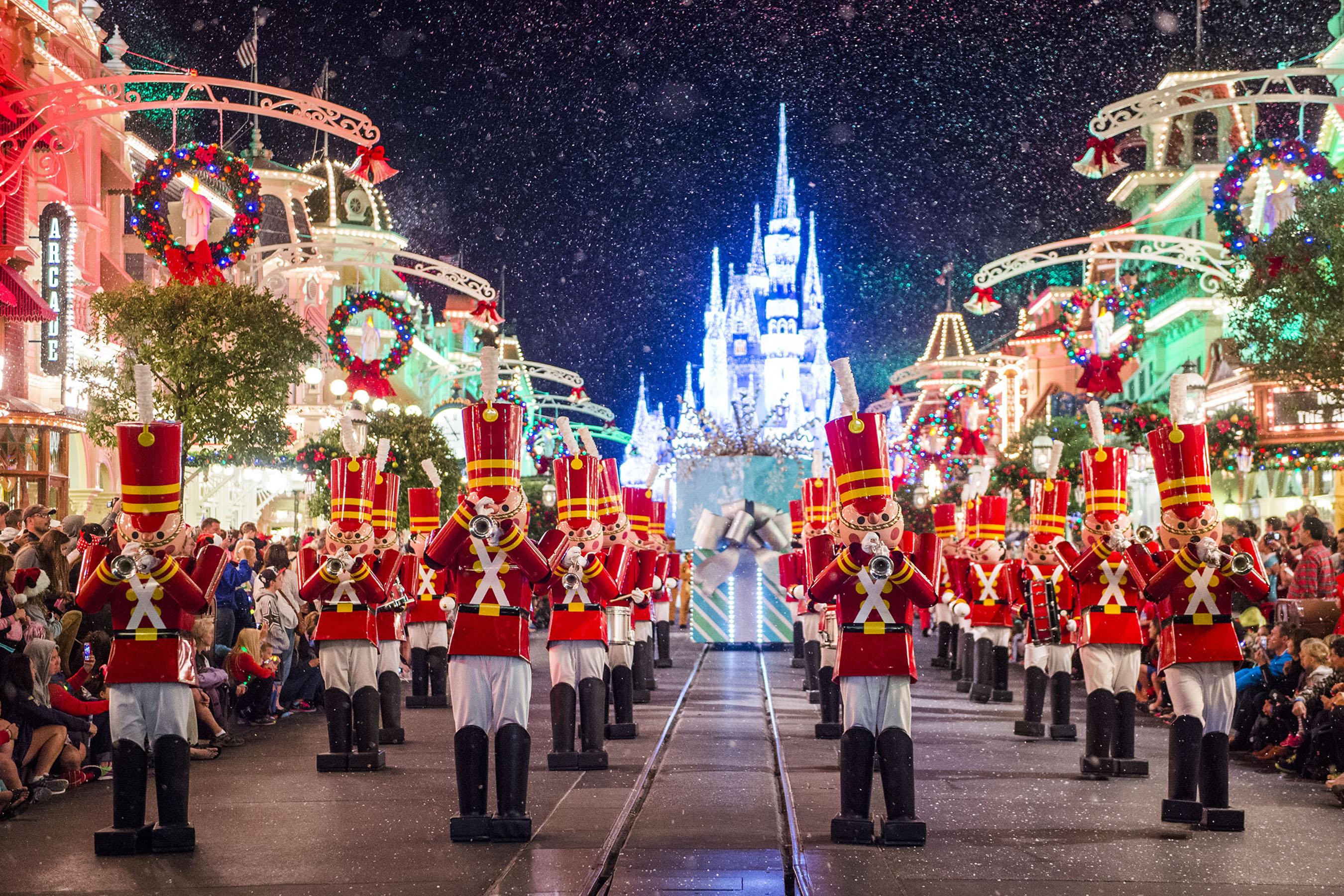 MICKEY Mouse and the gang can help you celebrate the festive season like nowhere else.

Fourteen nights’ self-catering in a four-bedroom Highlands Reserve Villa in Kissimmee, flying with Norwegian from Gatwick to Tampa on December 15, from £899pp. 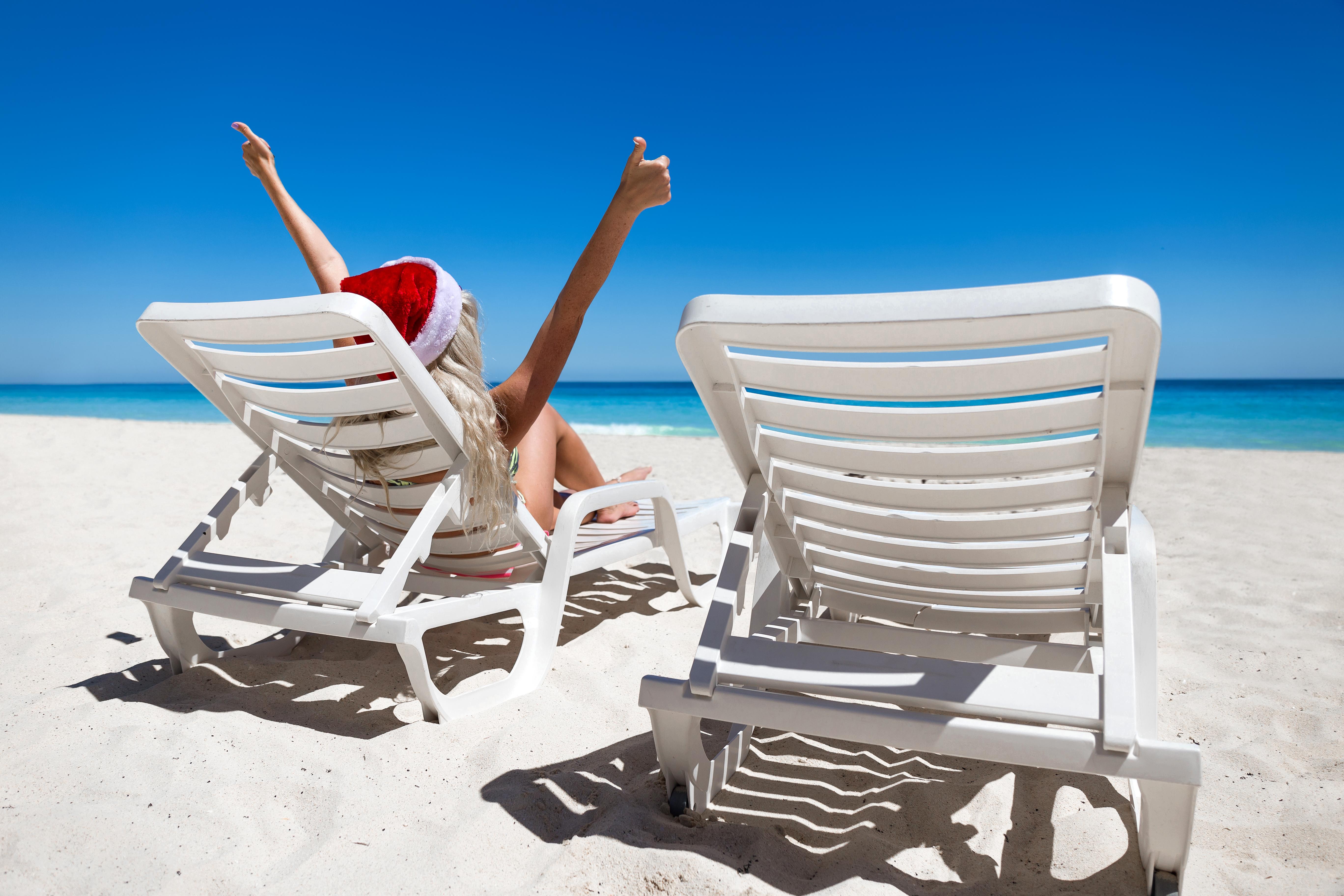 CRUISING around the Caribbean will mean a stress-free Christmas.

You won’t have to worry about a thing during a full-board fly/cruise. With carol singers and tree-lighting there is plenty of fun – and Santa still shows up. Royal Caribbean’s Independence Of The Seas sails from Fort Lauderdale in Florida, calling at Cozumel in Mexico and the Bahamas.

Five nights from December 24, including flights from Gatwick, costs from £1,617pp. 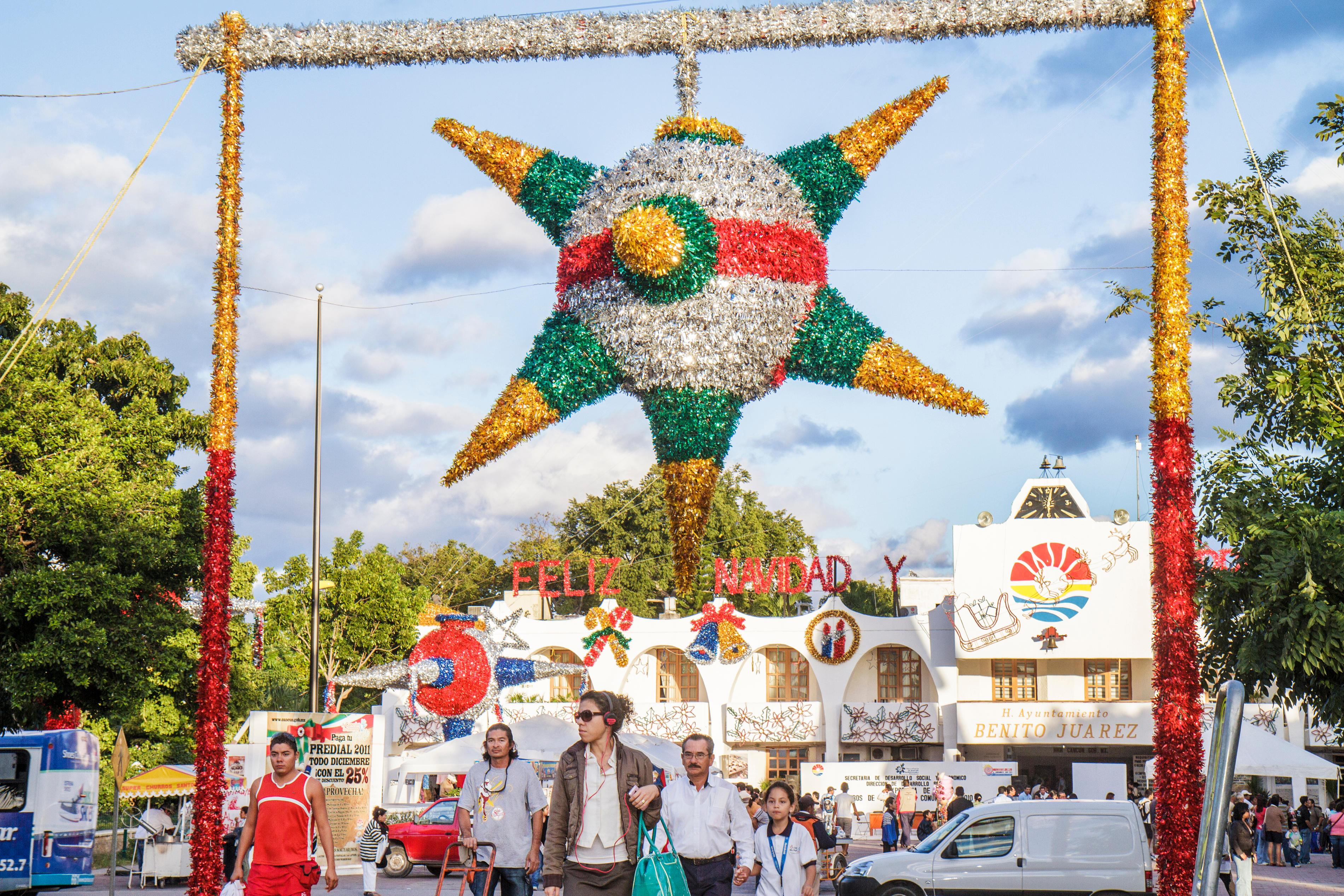 BE one of the first to celebrate the festive season in the adults-only TRS Coral Hotel in Costa Mujeres.

You’ll be chilling on a white beach, lapped by crystal waters teeming with reefs and marine life. TRS Coral shares some facilities with its sister hotel, the family-friendly Grand Palladium Costa Mujeres Resort & Spa. They include a Rafa Nadal Tennis Centre and two Ibiza-style beach clubs.

Seven nights’ all-inclusive in a Junior Suite at the TRS Coral, flying from Heathrow on Dec 23, is from £2,184pp. 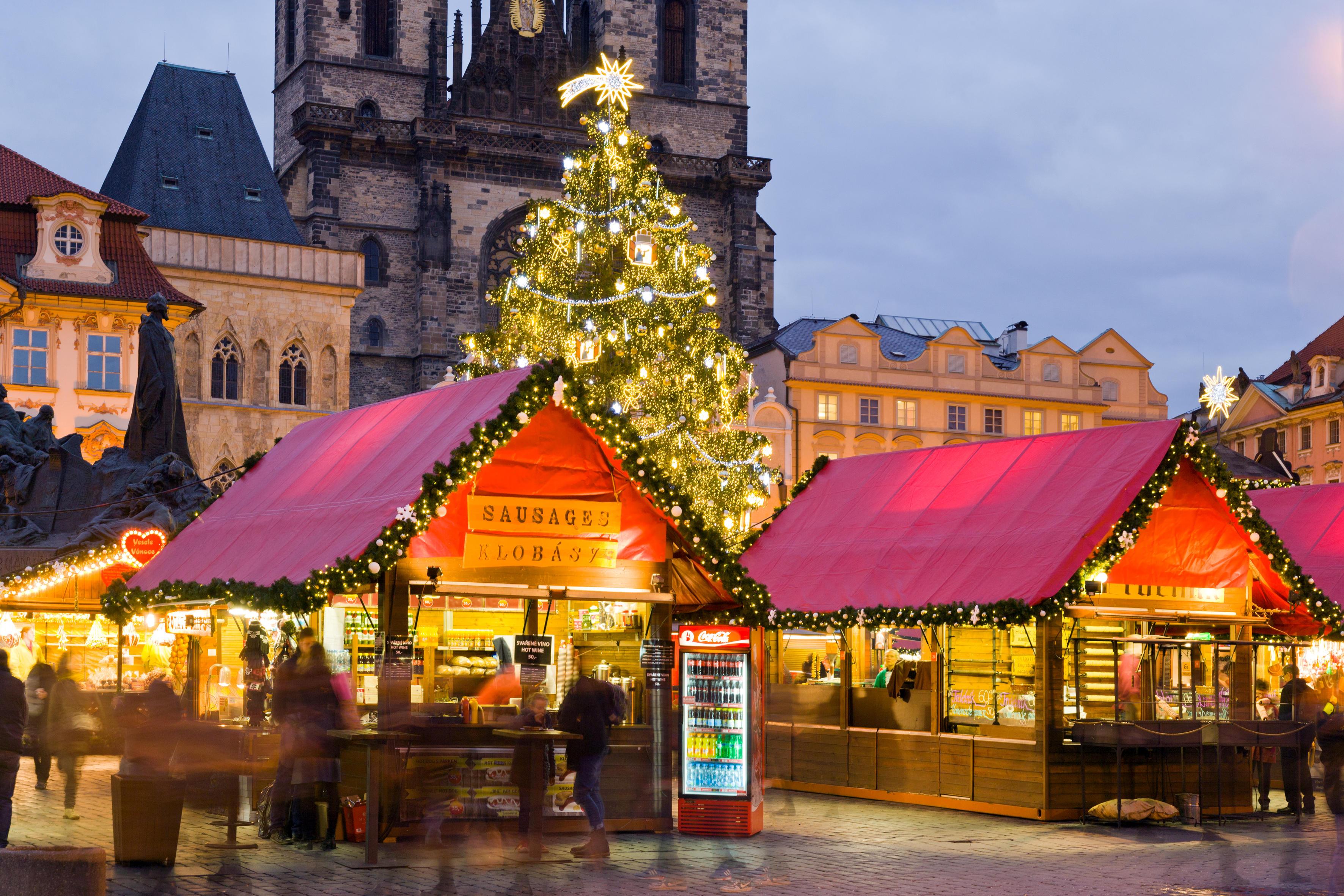 Markets spill over with crafts and food and the Old Town Square features a huge decorated tree and nativity scene. Sip Svarak, a version of mulled wine, and tuck into sausages and sticky pastries.

Take a cruise along the Vltava River and watch the moving apostles on the Prague Astronomical Clock, a 600-year-old national treasure.

Two nights at the 4H Green Garden Hotel, from Gatwick, Luton or Stansted on December 25, from £139pp. 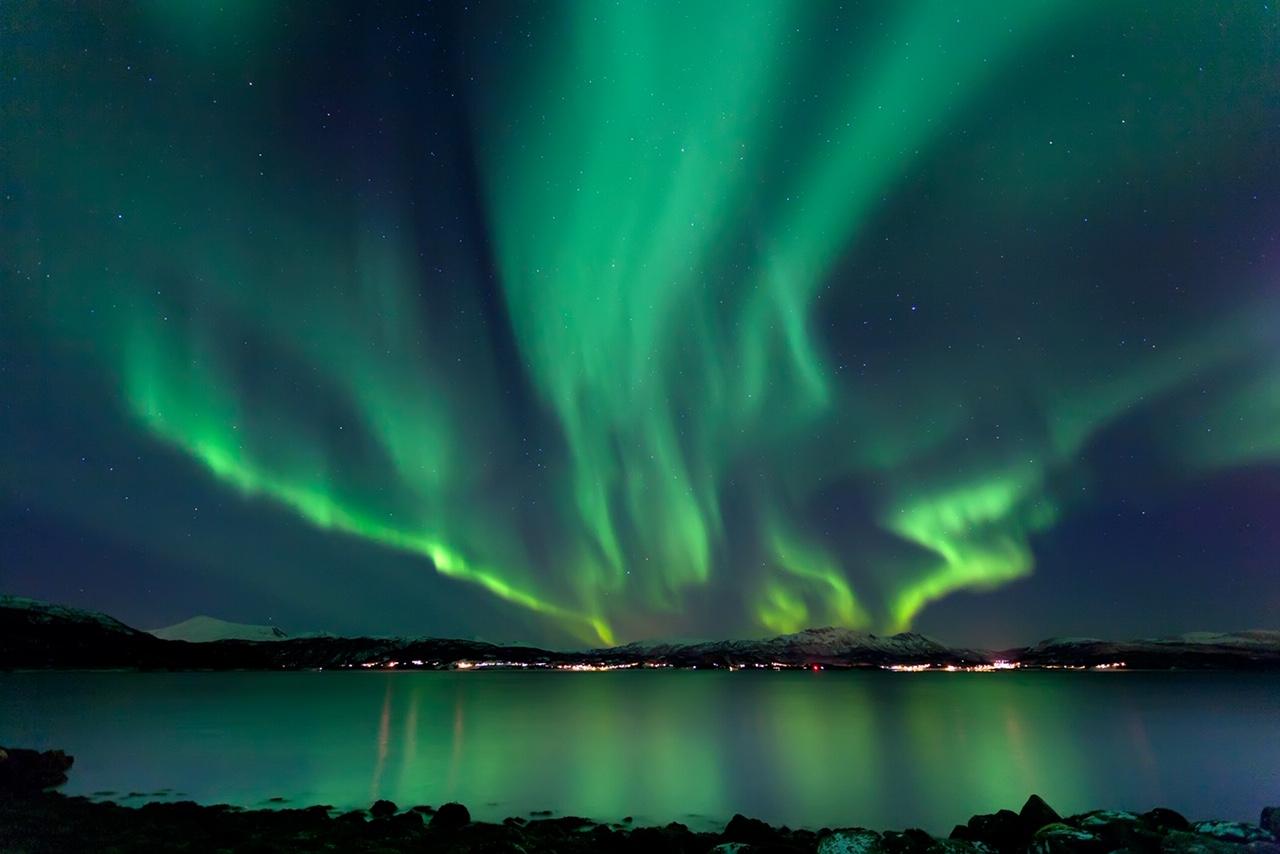 FOR the best lights switch-on, head to Iceland and a chance to see the dazzling Northern Lights.

You can spend three nights in capital Reykjavik with a package including a “chasing the lights” tour.

Extra tours include a visit to geothermal spa the Blue Lagoon and a boat trip to see the incredible Eyjafjordur humpback whales.

Three nights’ B&B at the Hotel Klettur, from Gatwick, Luton, Stansted, Belfast, Edinburgh or Manchester on selected dates over Christmas, from £245pp. 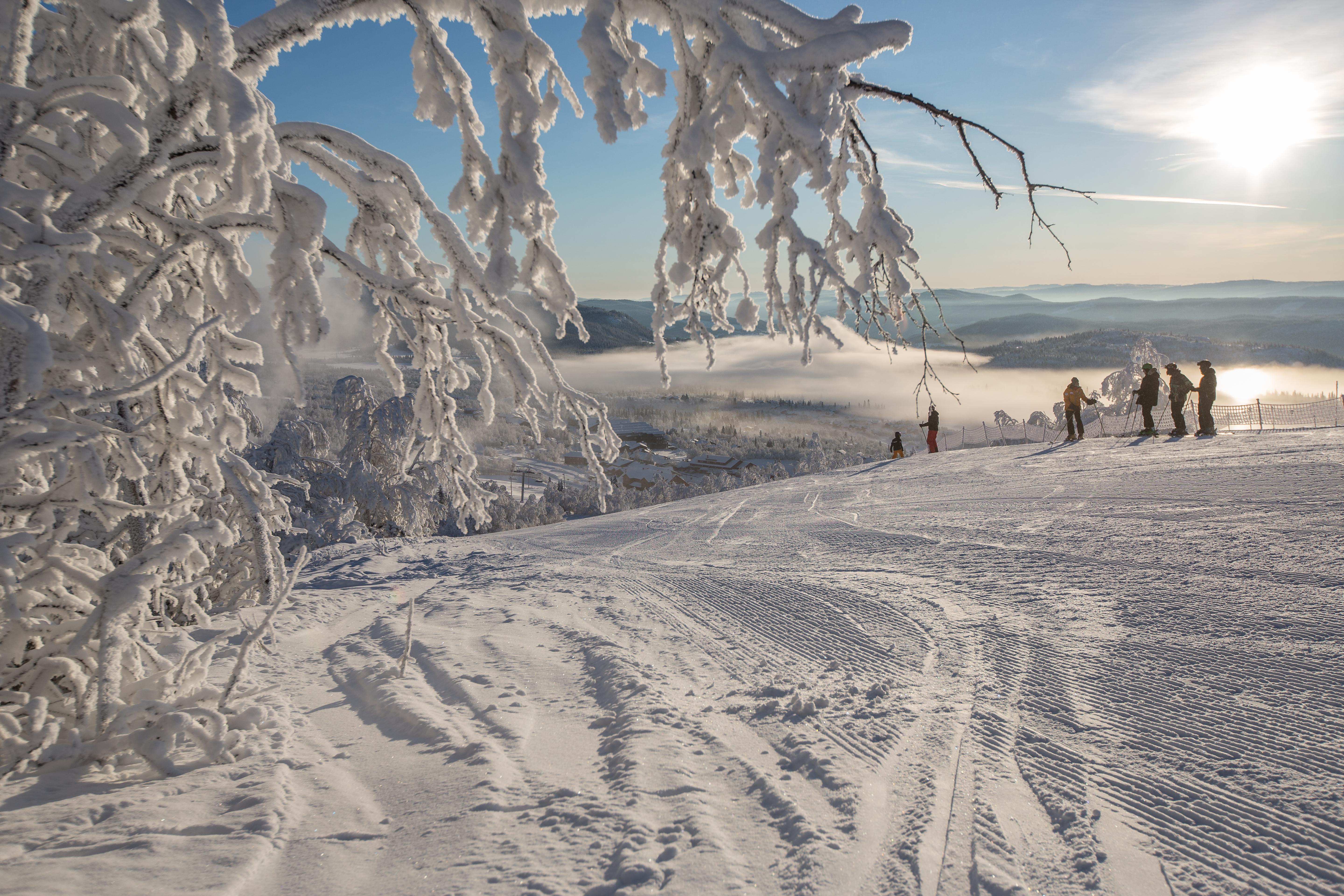 YOU can have a true white Christmas with 30 per cent off a holiday to the traditional Scandinavian village of Beitostolen.

Off piste, try tobogganing, dog sledding and horse-drawn sleigh rides. Stroll through the village and dine at the grotto-like Hytta Mat & Vinhus restaurant for traditional cuisine.

Seven nights’ half-board at the 4H Radisson Blu, from Gatwick on December 23, based on two adults and two children under 12 sharing a standard room, from £915pp.

11/11/2018 Travel Comments Off on With millions set to jet off for Christmas, these are our top ten spots for a festive getaway
Recent Posts