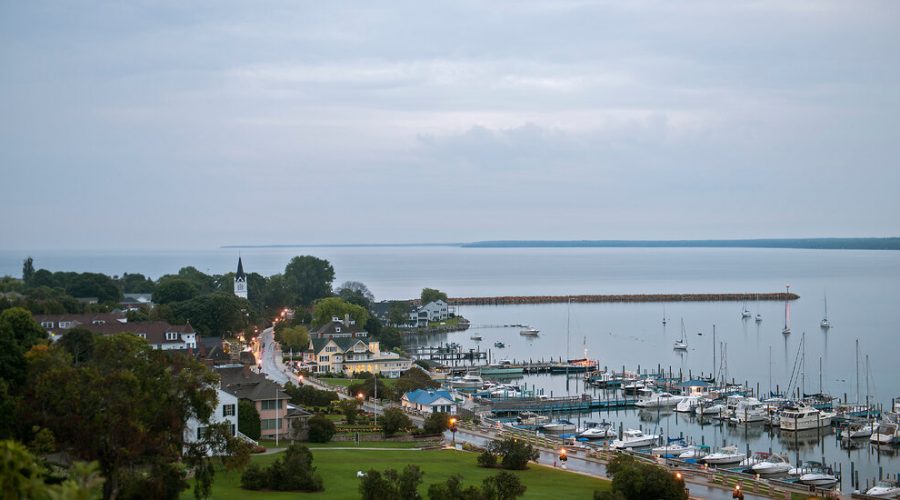 Last year, for the first time in 20 years, AAA, the automobile owners group, declined to put out its annual Memorial Day travel forecast as the surging coronavirus pandemic kept many people close to home.

Its forecast this year: Travel is back. More than 37 million people are expected to venture 50 or more miles away from home between May 27 and May 31, AAA said. That’s a 60 percent increase from the 23 million who actually traveled last year, the lowest on record since AAA began counting in 2000.

“Americans are demonstrating a strong desire to travel this Memorial Day,” said Paula Twidale, AAA’s senior vice president in a statement. “This pent-up demand will result in a significant increase in Memorial Day travel, which is a strong indicator for summer.”

The Transportation Security Administration essentially said the same thing at a news conference on Tuesday, when Darby LaJoye, the acting administrator of the T.S.A., warned of longer wait times at some security checkpoints at airports because of the increasing number of passengers. On Sunday, the T.S.A. screened more than 1.8 million people, the most since the coronavirus pandemic began in March 2020.

While the increasing numbers may be good news for the travel industry, which has been among the hardest hit by the pandemic, for travelers they could make things complicated. AAA said that drivers in major cities should be prepared for road trips to be double or triple the length of a normal trip. So many ride-share drivers have stopped working that those relying on ride-sharing apps may face long wait times and prices that are multiples of their usual fares. Hotel rooms are booked up and many destinations are still struggling to hire staff, meaning that stays may be rocky.

Many Americans seem to have booked earlier this year, perhaps spurred by eagerness to get out of the house once they were fully vaccinated. A recent report by the travel technology company Amadeus found that, when the pandemic was at its height, most people were booking within a week of their expected travel, perhaps because it was so hard to make plans. But recently, same-day bookings have been falling, while those for stays 31 to 60 days out have increased. They now make up 11 percent of reservations, compared to 6 percent in the first week of 2021.

The result: a shortage of places to stay, especially in top destinations like the Outer Banks in North Carolina and Cape Cod in Massachusetts.

“We have 19,000 guest rooms, and we expect them to be full this weekend,” said Bill DeSousa-Mauk, a spokesman for the Cape Cod Convention and Visitors Bureau.

“I think we’ll have a completely sold out summer on the Cape this year,” he said. Lodging choices may also be limited because many people who own second homes on the Cape and rented them out in past years have moved, at least somewhat permanently, to the area.

Lee Nettles, the executive director of the Outer Banks Visitors Bureau, said that the area, known for its more than 100 miles of shoreline, is also experiencing a shortage of rental properties.

“Our lodging partners are telling us that they’re getting really close to being sold out” for Memorial Day weekend, Mr. Nettles said. Those looking to stay in the Outer Banks should, he recommends, “contact your lodging providers as quickly as possible.”

The travel industry still has a ways to go. There are nearly six million fewer people traveling this weekend than did so in 2019, according to AAA, and air travel has yet to reach prepandemic levels, largely because business travel has not resumed. Big cities with hotels devoted to conventions are still experiencing low occupancy rates.

But those who are traveling may feel the crunch because of diminished capacity. Hosts on Airbnb have dropped off the platform, and Brian Chesky, Airbnb’s chief executive, recently told CNBC that demand would “probably” outpace the number of available Airbnb listings as travel rebounds. He added that the company would need to add “millions more” hosts in the coming years to keep up. 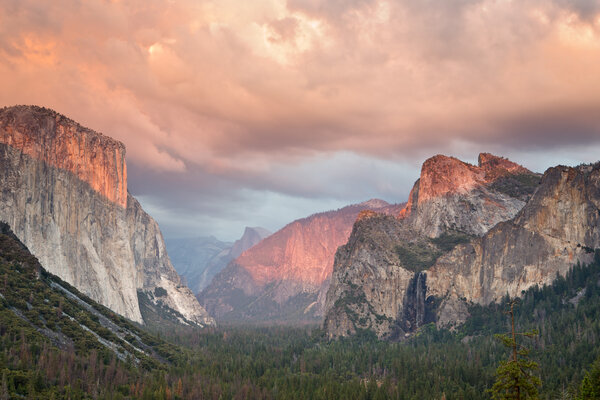 Campers, too, should brace themselves for what experts said could be the busiest camping season ever, according to data analyzed by the e-commerce company Pattern. The company tracked consumer behavior in 2021 so far compared to the two previous years, and found that the demand for camping tents this spring is already up 97 percent compared to the same period in 2020 and 85 percent compared to 2019.

Jenny Anzelmo-Sarles, a spokeswoman for the National Park Service, said that overnight lodging at many of the system’s top destinations, such as Yosemite, Yellowstone and Grand Teton, is nearly or fully booked through Labor Day. Campsite bookings through Recreation.gov, the government’s reservations system, are up 73 percent compared to this time in 2019, she said.

“One of our top tips is to make sure folks have reservations before they hop in a car for that weekend road trip,” Ms. Anzelmo-Sarles said. “We don’t want people to show up and have nowhere to stay.”

This increased demand is coming at a time when many parks, hotels and food service establishments continue to experience staffing shortages. Over the past 15 months, many hospitality workers have been laid off or have left the industry, and seasonal workers from overseas have been unable to get into the United States.

Ms. Anzelmo-Sarles said travelers may see limited services in parks or in businesses in surrounding communities. And a survey of members of the American Hotel and Lodging Association found that 48 percent of hoteliers have closed or limited food and beverage and other hotel services because of a lack of staff.

The tourism bureaus in Cape Cod and on Michigan’s Mackinac Island said that Covid-19 restrictions have prevented the usual flood of foreign workers who typically help during their busiest seasons from arriving.

“At the moment, there are a lot of owners that are wiping down tables, busing tables, cleaning guest rooms, making beds, doing laundry, because they have to,” Mr. DeSousa-Mauk of the Cape Cod tourism bureau said.

“Logistically, will people who visit be happy coming and having to wait for dinner or if their room’s not ready when they arrive at the hotel?” he added.

But some people said they got ahead of the curve. Christian Asencio, the executive chef and general manager of the Chatham Squire in Chatham, Mass., on Cape Cod, said he “thought ahead about the staffing issue” after facing it last year.

Bill Catania, who owns the Cape Codder Resort and Spa, in Hyannis, said that keeping a core staff helped him prepare for the surge in travelers over the last few weeks.

“Fortunately we had a strong base staff to start with, so we’re able to get it done. It’s just a lot harder to do,” Mr. Catania said, adding that accessibility to certain services has been limited and that he has set two- or three-night minimums on some rooms to minimize checkouts. “We basically allow the amount of business that our staff can handle.”

But it can be hard to balance that with guest expectations, said Jake Hatch, the director of sales and marketing at the Sanderling Resort in Duck, N.C., on the Outer Banks. The resort’s occupancy is at a record high, and it is charging higher than usual rates. At the same time, daily cleaning has been eliminated and its high-end restaurant, Kimball’s Kitchen, has been closed since the end of the summer season in 2019. It will finally open this weekend.

Mr. Hatch worries that guests will want more of a four-star resort. “That’s been a tough line for us to straddle,” he said.

Across the Outer Banks, he said, “it’ll be very noticeable around the island that everybody is short-staffed,” with longer waits and restaurants declining to take reservations.

“It’s still the same beautiful Outer Banks,” he said, but people should “just be patient as they can be with staff.”

Higher prices for ride shares may add to the misery. Susan Subracko, a mother of three who lives in Brooklyn, was trying to get to Kennedy International Airport in early May. She was forced to cancel two rides after the Lyft drivers did not arrive, and when she finally got a ride it cost $160 — about twice what she was originally quoted and $100 more than she usually pays. The company reimbursed her after she filed a complaint.

On her way home, there were no ride-share cars available and she instead waited two hours for a yellow cab. A Twitter user who goes by @sundeep recently shared a similar experience: His ride to J.F.K. cost him nearly $250 — about as much as the cost of his flight to San Francisco.

In April, Uber announced a $250 million driver stimulus to boost earnings for drivers and get them back on the road. Lyft is also providing incentives for drivers to meet the increased demand.

The national shortage of rental cars is another hurdle for travelers. Emily Armstrong, a community college instructor in Kansas City, Mo., said she and her husband booked a van for their family of six three weeks ahead of their 12-hour road trip to the Smoky Mountains on Saturday.

But when Ms. Armstrong called the rental company to ask for an earlier pickup, a customer service representative accidentally canceled their reservation and later told her there are no more similar vans available in her area. Instead, she said the family would either squeeze into their four-door sedan or have some of their children ride with relatives.

“I know this is a first-world problem, and we understand the shortage,” Ms. Armstrong said. “It was just kind of a surprise and caught us off guard.”

Adding to the tension for travelers are the conflicting feelings and differing regulations around mask usage and other Covid-19 rules. The Centers for Disease Control and Prevention recently announced that vaccinated travelers do not need to wear masks, but this does not necessarily apply everywhere. Masks are still required in airports and planes, for instance.

Tim Hygh, the executive director of the Mackinac Island Tourism Bureau, said that though regulations in Michigan have been relaxed, masks are still required on the ferry that takes people to the island. He added that “each business on the island is still adapting their own rules based on what they want to do for their employees and what they want for their visitors.”

The Federal Aviation Administration recently said that there has been a “disturbing increase” in the number of unruly passengers who have returned to the skies with the easing of pandemic restrictions.

The F.A.A. said this month that it had received more than 1,300 unruly-passenger reports from airlines since February. In the previous decade, the agency said, it took enforcement actions against 1,300 passengers total.

Earlier this week, a woman on a Southwest Airlines flight was arrested after getting into a physical altercation with a flight attendant, who, according to one passenger on the flight, had reminded the woman to wear her mask. The flight attendant lost two of her teeth, according to a letter from a union representative to the head of Southwest.

Mr. Hygh, of the Mackinac tourism bureau, urges visitors to be flexible and do their research ahead of traveling.

“Any time you’re in a time of transition, there’s going to be confusion and sometimes confusion can lead to anger,” he said. “I’m hoping everyone gives everyone else a break.”