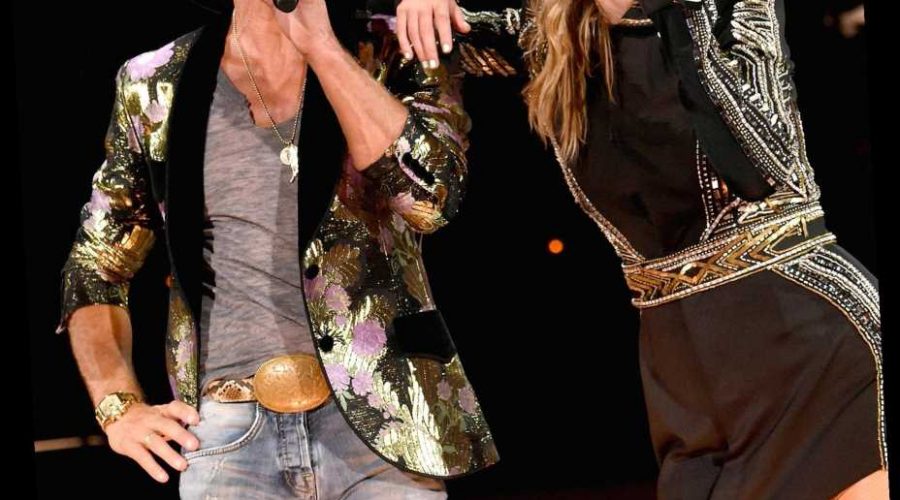 Tim McGraw is opening up about how he felt when Taylor Swift named her debut single after him.

While speaking in a recent interview with Apple Music Country for Apple Music Essentials, the 53-year-old musician spoke candidly about being the inspiration behind Swift's breakout hit almost 15 years after the song was first released.

Detailing that he was impressed with the song, McGraw further admitted that he was "a little apprehensive" about the track when he first heard it.

"I thought, have I gotten to that age now to where they're singing songs about me? Does that mean I've jumped the shark a bit? Is everything still cool?" he explained to host Alecia Davis. "And then I realized that somebody had told me that she was in her seventh-grade math class when she wrote the song, so it made me feel a little bit better about that because she was so young writing it. So I didn't feel like I was that terribly old." "Tim McGraw" was released in 2006 as Swift's first-ever single from her self-titled debut album and peaked at No. 40 on the Billboard Hot 100 and No. 6 on Hot Country Songs.

Back in 2007, while attending the 42nd Annual Academy of Country Music Awards, Swift, 31, performed a live rendition of the song and met McGraw for the first time during the ceremony. "It's so nice to meet you," Swift said as she held onto her guitar and greeted the country star and his wife, Faith Hill.

Years later, in 2018, the superstar couple also joined Swift on stage during her Reputation World Tour to perform the 2006 single as a trio.

During his conversation with Apple Music, McGraw also spoke about how he got to know Swift better when she opened for himself and Hill, 53, on the couple's Soul2Soul tour.

"It was incredible," he recalled. "It was just her and her guitar and one other person. Just two people, her and another guy playing."

The "Don't Take the Girl" singer then noted that he has become "a big fan of Taylor's," adding, "I think that she has just such a unique way of connecting with her audience and her songwriting ability and her intuition is just so incredible."

"And I just think she's one of the greatest artists to come along in a long time," he shared.