All aboard the new Liverpool to Belfast ferry that thinks it’s a CRUISE SHIP!

Let’s face it, car ferries are hardly laden with glamour — but there is an exception, and it’s just been launched on the Liverpool-to-Belfast route.

As a die-hard cruise fan, I was first in line for a ticket and can report that it’s an ideal way to reach Northern Ireland; the eight-hour sailing across the Irish Sea is in itself a fabulous getaway.

This is all due to Swedish-designed Stena Edda, which offers a comfortable night’s sleep in a pristine cabin, peaceful lounges in which to relax and a smart movie room for watching newly released films. 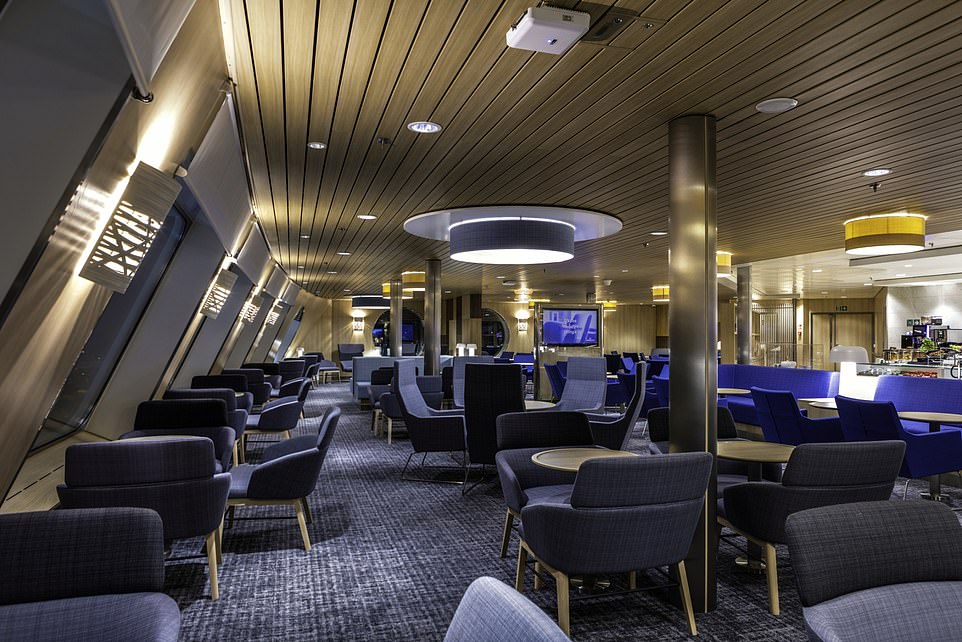 The 1,000-passenger ferry is a world away from crowded booze cruises and sticky carpets. It has quiet engines, 175 cabins, spacious, light, wood-panelled lounges and blue soft furnishings, two restaurants, two bars and a speciality coffee shop.

I walked straight from my car on Deck 7 into the reception and up to the Stena Lounge, which at £20 pays for itself with complimentary wine, beer, soft drinks, decent tea and coffee, fruit and snacks.

Plus, there’s table service lunch and dinner, so for an additional charge I had fish and chips — a generous meal for less than £12.

Passengers can also dine at Metropolitan, with an a la carte menu and fine wines, or Taste, which also has a children’s menu. 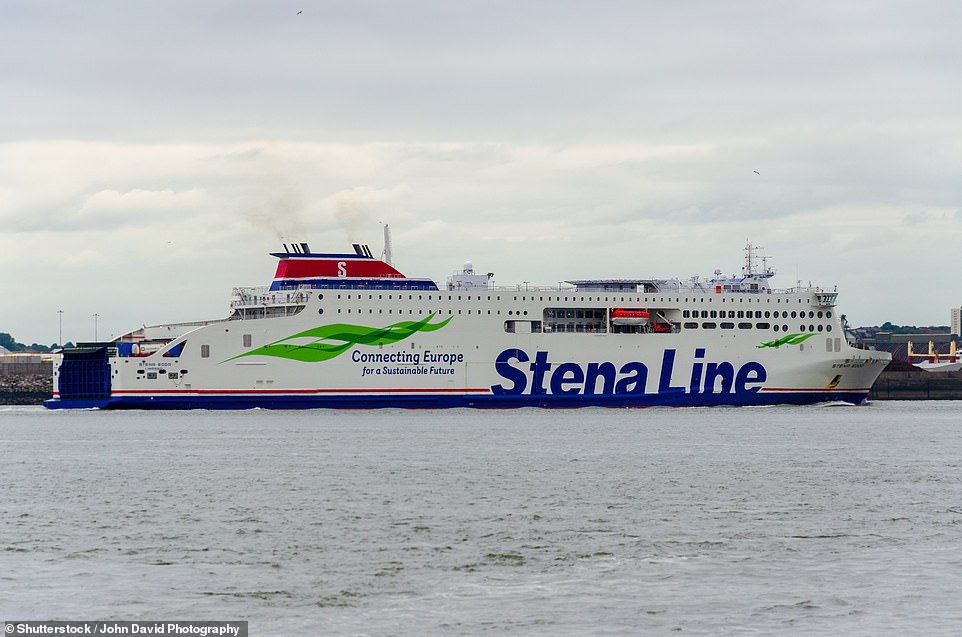 Passenger Robin Lee, from Surrey, said: ‘I usually fly when I go on holiday, but don’t want to be shoulder-to-shoulder on a plane right now, so this is a good option. It was easy to get on board with no passport control or queuing.

‘I love the Stena Lounge. I’ve had my first pint of Guinness to get me in the mood for Belfast.’

The 120-car ferry was launched two weeks before lockdown and operated for essential freight services only, but bookings are now open again for holidaymakers.

My cabin was immaculate — carpeted, with a good mattress, pristine white linen and an ensuite shower, all for £25 to £60 per cabin, per crossing. 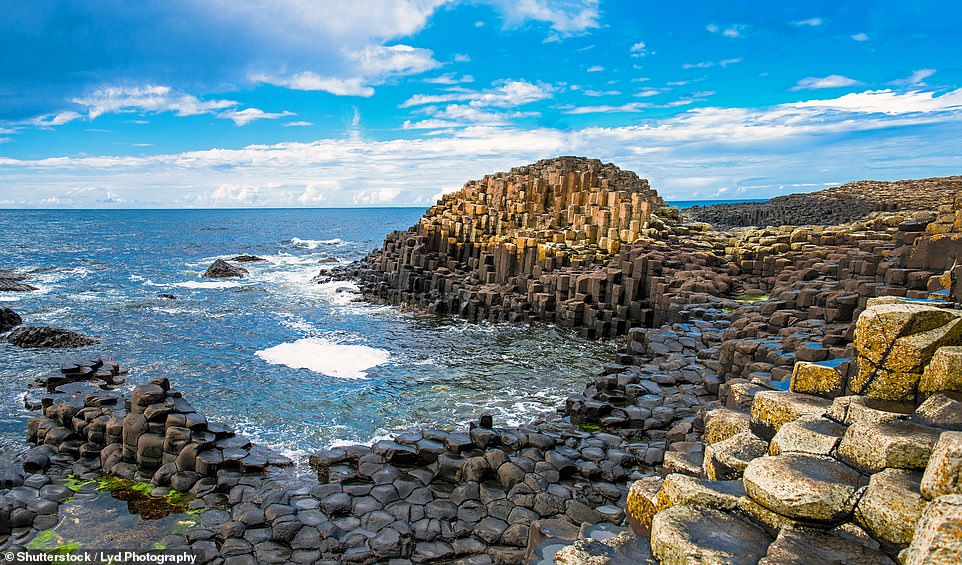 At Giant’s Causeway, pictured, which attracted 1.5 million tourists in 2019, Lesley had the striking basalt columns almost to herself

Stena Edda sails daily on the Liverpool to Belfast route with one-way prices from £124 for a car and driver. Cabins cost an additional £25 to £60, while foot passengers pay £22 each way.

Dog-lovers can take their pets on board and, while pooches are not allowed in the lounges, there are kennels, access for walks on deck and a TV webcam in the cabins for kennel watching.

Once docked at Belfast, I drove to the Culloden Estate and Spa in Holywood (hastingshotels.com, from £188 per room), which is only 15 minutes away.

The family-owned country house hotel overlooks Belfast Lough, from where Titanic sailed on her ill-fated voyage from the Harland & Wolff shipyard.

However, if you are taking your dog, the Bullitt Hotel, in the city centre, has rooms with kingsize beds and plush dog beds (bullitthotel.com, from £77 per room).

Hotel bookings in Belfast are down 67.5 per cent this year and on my black cab tour of the city, driver Billy said much of his work had dried up because 129 cruise ships had not called in as planned, losing the city about £14 million.

At Titanic Belfast, only a handful of visitors were in the galleries and, at Giant’s Causeway, which attracted 1.5 million tourists in 2019, I had the striking basalt columns almost to myself.

Only one other person was in the 100-acre gardens at Hillsborough Castle, and at Mount Stewart’s gardens, volunteers tending the flowerbeds outnumbered visitors.

Much of TV’s Game Of Thrones was filmed nearby, but now there’s no need to book months ahead for an archery movie-set experience with ‘Willard of Stark’ at Castle Ward (gameofthrones-winterfelltours.com) – even the Thronies are in retreat.

If ever there was a time to cruise and stay in Belfast, it is now.

11/14/2020 Travel Comments Off on The new Liverpool to Belfast ferry that thinks it's a CRUISE SHIP!
Recent Posts