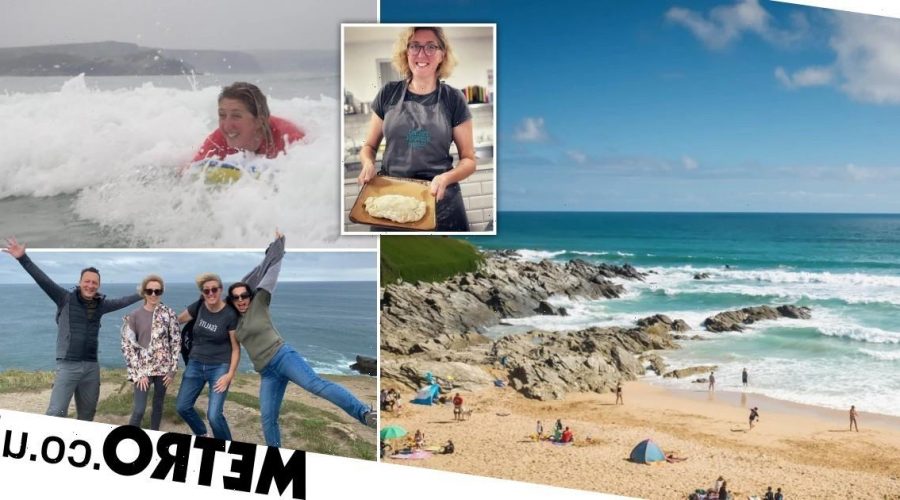 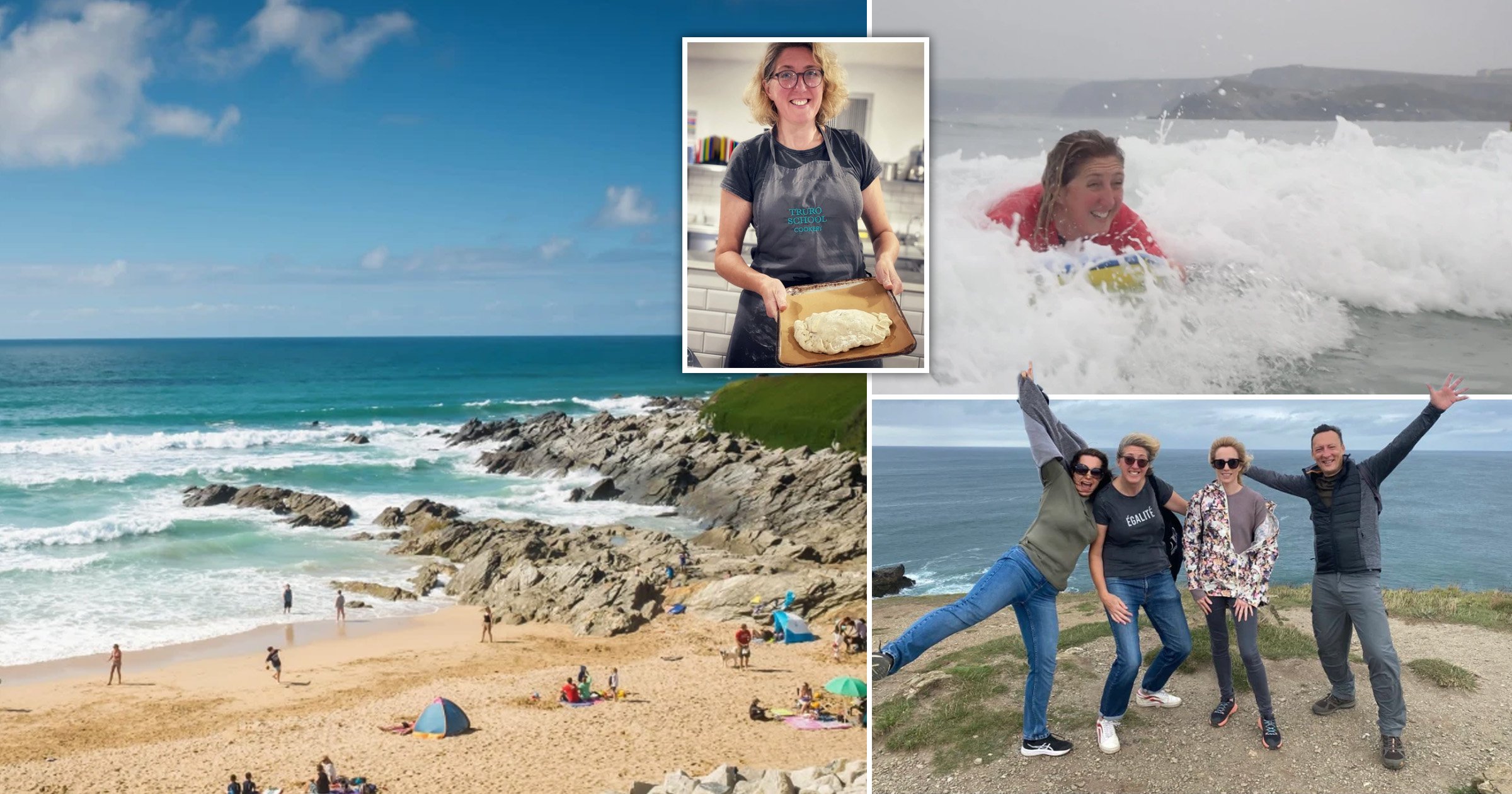 From breakfast beers at the airport ’Spoons to gins in tins on the train, we Brits love a liquid start to our holidays.

On the five-hour journey from London to Newquay, I’m sat near some cheery women getting well into their cups – standard procedure for a weekend in Newquay, the Cornish resort as famous for its salacious nightlife as its surf beaches – and would normally be doing the same.

A renowned lager lover with a penchant for shots, I’ve never considered a sober holiday before.

But as I get older and can’t face those life-threatening hangovers any more, I’ve been increasingly interested in the sober-curious movement and amembarking on a booze-free break.

I arrive at Oceanside, a funky hotel steps from Fistral Beach, in late afternoon – aka witching hour for drinkers. But instead of hitting the bar, I head to the beach for my first splash in the Atlantic.

Feeling more refreshed than I would after a pint of Offshore, I join my group of fellow sober warriors.

‘I used to work in South Korea and was a real party girl. I never got round to doing anything interesting as I was always too hungover. One day I decided to give booze a break and go away for the weekend, and it changed everything,’ says Burnison, who is now five years sober.

‘When I came up with the concept of an alcohol-free travel company, my first thought was, how can I make this sound not lame? I wanted to create an experience that wasn’t just for people who hit rock bottom.’

Our intimate group of six are a mix of thirtysomethings and older, who for various reasons have all decided to quit the grog. Our host, Piers, went sober in 2018, and brings a sparky energy to the party.

As the late afternoon sun streaks across the sand, I spot a ‘pints and pizza’ sign outside Fistral Stables (mains from £8.50) and get a fleeting pang for a frosty sundowner.

Luckily, the alcohol-free drinks industry has seriously advanced in recent years and offers some disarmingly authentic options. I chug back a Free Damm, an excellent Spanish alcohol-free lager, with my pizza and, with the chat and good vibes, I don’t give booze a second thought.

Like me, Newquay has a reputation for being a party animal. With narrow streets riddled with pubs and clubs offering happy hour and foam parties, I was worried I’d get swept up by the vibe and succumb to 2-4-1 margaritas.

Instead I have an early night and get up with the larks for a swim before breakfast. Waking up refreshed and well rested is the true benefit of a sober holiday, even if it does mean throwing myself repeatedly into the sea during bodyboard lessons on Towan Beach.

‘The activities are a huge part of our trips,’ says Lauren. ‘It’s about giving people experiences that they might not attempt their own.

Current itineraries are UK-based – next up is a girls’ weekend in London –
but in 2022 there are trips to Dublin and Galway, Berlin and plans for a skiing holiday in Granada.

I was hoping that abstinence from alcohol would result in a younger, fitter me, but it seems a sober holiday is very much focused on food.

After a breezy romp along the coast, we stop for fish and chips at Rick Stein’s Fistral (fish and chips from £13) followed by a fat cream tea at the Cafe Cloud, a vintage tea room on Fore Street.

In the evening, we learn how to make proper Cornish pasties at the Truro School Cookery, which are paired with a low-alcohol Cornish cider by Crafty Nectar, a tipple so convincing I contemplate hitting Newquay’s karaoke scene.

Over the weekend, I try various alcohol-free drinks, including a CBD-infused seltzer, but finding a suitable replacement for cocktail hour has proven tricky for non-drinkers in the past.

Luckily, a tasting evening with Sarah Yates, co-founder of Sea Arch, an alcohol-free spirit made in Devon, changes the tempo as we try some banging Sea Arch sours and their signature Sea and T.

While I’m not quite ready for an entirely sober lifestyle, I enjoyed life being a little less, ahem, spirited.

I slept like a dream, was sparkier in the mornings and returned home feeling relaxed. Forget largin’ it – lucidity is where it’s at.

Newquay trip: £550 for a three-night break, including bed and breakfast, and all planned activities, welovelucid.com

10/04/2021 Travel Comments Off on Surfing, pasties and no pints: What it's like to take a sober trip to Newquay
Recent Posts