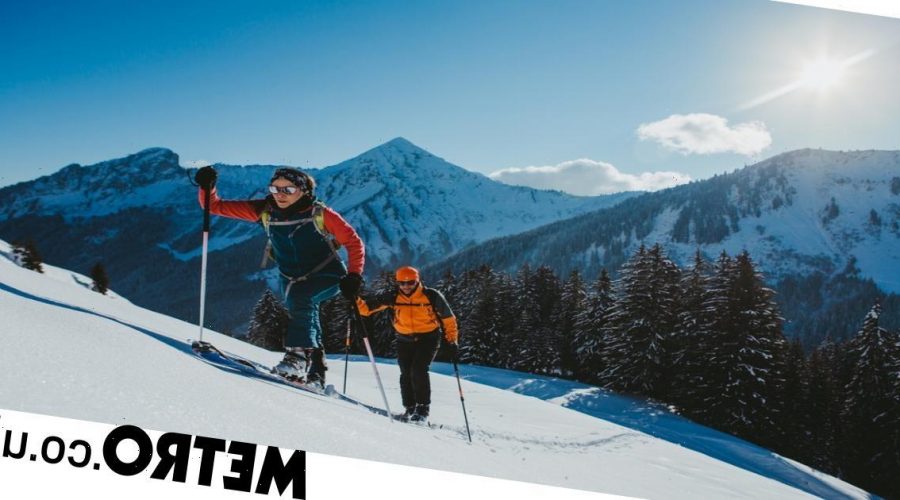 Skiing is hardly an environmentally-friendly pursuit.

The middle class winter sport sees thousands of people jet around the world to slide down mountain resorts powered by fossil fuels, only to fly home days later.

And it is those plane journeys that are by far the industry’s biggest contributors to the climate crisis.

So, Metro.co.uk took a train to a destination recently recognised with an eco award, to see how plausible ‘sustainable skiing’ is.

From artificial snow schemes to bird conservation projects, via ‘green snowflakes’ and the French obsession with meat and dairy, here is what we found in Morzine…

Nestled near Geneva, this gem of a resort offers snow lovers access to 600 kms of piste across 13 ski areas in the vast Portes du Soleil. There’s even the chance for Brits to cross an en-piste Swiss border, without so much as a mention of Brexit, let alone a passport check.

Limited signposting can make navigation a challenge, but the amount of terrain means a range of ski and board abilities are easy to cater for. 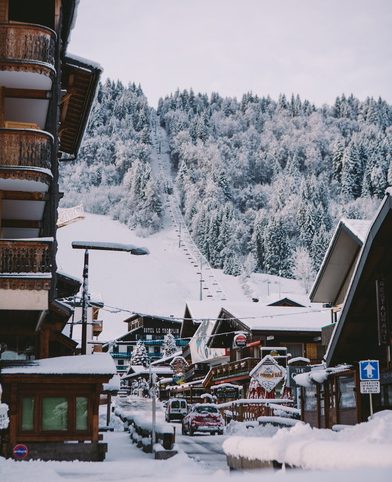 Portes du Soleil’s vastness is also particularly useful since one of Morzine’s few drawbacks is that it is relatively low, occasionally impacting afternoon snow conditions in certain parts – an issue which also has environmental implications.

Some 500,000 cubic metres of artificial snow are produced at high energy cost on Morzine alone. But GPS systems are now being used by staff to look at exactly where snow is needed, to even out piste coverage and minimise waste.

Grooming machines are also being given more environmentally friendly fuel when they are replaced, while the speed of chair lifts can change to reduce energy use, depending on the number of people using them. Solar panels power one Morzine lift entirely when it isn’t snowing – and there are plans to extend that scheme.

It is initiatives like this that have contributed to the resort winning the Flocon Vert certificate. To the likely amusement of climate denier types, that translates to the ‘green snowflake’ award – considered to be one of the more difficult certifications around, amid a blizzard of industry ‘greenwashing’.

Local not-for-profit Montagne Verte, which was founded before the Flocon Vert bid, works to reduce the environmental impact of Morzine’s residents, visitors and businesses.

The organisation’s Alice de Chilly tells Metro.co.uk that progress is being made, but from a low bar.

‘Sustainable development has not been taken into account in recent years, with no questioning of the ski industry and mass tourism which provides a living for many people’, she explains.

‘For example, there are no bicycle paths, no collection of bio-waste, which should be a priority.

‘There is, however, an emerging awareness of environmental issues.’

Praising local organisations for obtaining the Green Snowflake, and businesses for eco commitments, Alice adds: ‘The city council is researching and working on solutions for waste management, energy reduction and mobility.

‘For example, they now want to pedestrianise the village centre in summer, and have increased the frequency of shuttle buses in season to reduce dependence on cars.

‘Afterwards, many efforts come up against political decisions or bad coordination – for example, we encourage travellers to come by train, but there are few buses from the Cluses station.’

The town itself is an enticingly cosy alpine hub, which comes to life when locals are in the mood, particularly at one of the party bars or en-piste music festivals. Watching the ice hockey team is another rowdy, entertaining evening out.

What to eat and how to get there

Food wise, the eco-minded will have some trouble finding sustainable meal choices – though perhaps less than you might expect.

Traditionally, there’s been little danger of a vegetable troubling the environmentally-damaging cheese and meat-centric plates of French Alpine cooking. Yet that is changing and the food is otherwise an undoubted highlight.

Is ‘sustainable skiing’ even possible?

We asked Leo Murray – director of innovation at climate charity Possible – who said:

‘Skiing can absolutely be sustainable. The most pressing issue in terms of skiing is how people get there – a huge 60% of all associated emissions with skiing come from this source alone. Scores of private jets are used each year to reach the Alps; a destination that, if you’re coming from Europe (the UK included), you can quite reasonably, and enjoyably, reach by train.

‘The initiatives introduced by Morzine are really interesting. Getting around when you’re in the resort is another notable source of emissions. Cars produce a lot of emissions. Transport alone produces 27% of all UK emissions so we’re all going to have to start using our cars less. Doing so in an area like a ski resort is perfect.

‘Active travel options are already likely enjoyed by many skiers and ensuring that people have everything they need in order to live their lives for a week or two, (considerably more when it comes to the residents) within a 15-minute journey is most likely already a priority for resorts, so why incentivise car use?

‘Once we start travelling more sustainably, we can fill the gaps by utilising renewables to power the resorts themselves. Some resorts can experience up to 300 days of sunlight a year meaning solar has huge potential; high winds make them perfect for turbines; and streams within the mountains can also produce hydroelectricity.

‘Although there is nothing about skiing as a leisure activity and an outdoor winter sport which is inherently unsustainable, there is perhaps a broader question around the cultural significance of the ski holiday itself in relation to sustainability. Skiing trips, in the UK at least, are often understood as being symbolic of a wider lifestyle of conspicuous consumption – and that, unlike the simple act of skiing down a mountainside, is indeed something which can never be sustainable.’

Hideout hostel has some tasty meat-free Asian options and Bec Jaunes is one of a limited number of venues to offer excellent vegetarian pub grub. Superb traditional cuisine is easy to find, including at the warming hotel Alpen Roc.

You can also eat at the spot which offers ‘skiing with eagles’ – part of widely-applauded efforts to help bird conservation in the area.

Away from flying, Eurostar makes the journey to Morzine remarkably pleasant. There’s minimal queueing, an unlimited baggage allowance and a generally hassle-free vibe. The company claims that one flight is equivalent by carbon footprint to 13 trips on its fully electric trains.

From Paris, via two stops on the underground, there is a change at Bellegard del Sur before taking in the stunning mountainside views on the way to Cluses. If you’re so inclined, you can even skip the bus and get a picturesque 40 minute transfer by electric car transfer.

Plans are also being mooted for a train from Lille to Cluses, which would mean you can get there from London St Pancras with just one change.

The main drawback of the rail trip is that it can be more expensive, though it is far more comfortable – and only takes slightly longer than flying.

However, he adds: ‘Skiing trips, in the UK at least, are often understood as being symbolic of a wider lifestyle of conspicuous consumption – and that, unlike the simple act of skiing down a mountainside, is indeed something which can never be sustainable.’

But for skiers and boarders aiming to reduce their carbon footprint, a train trip to Morzine is a first step on that journey worth the green light.