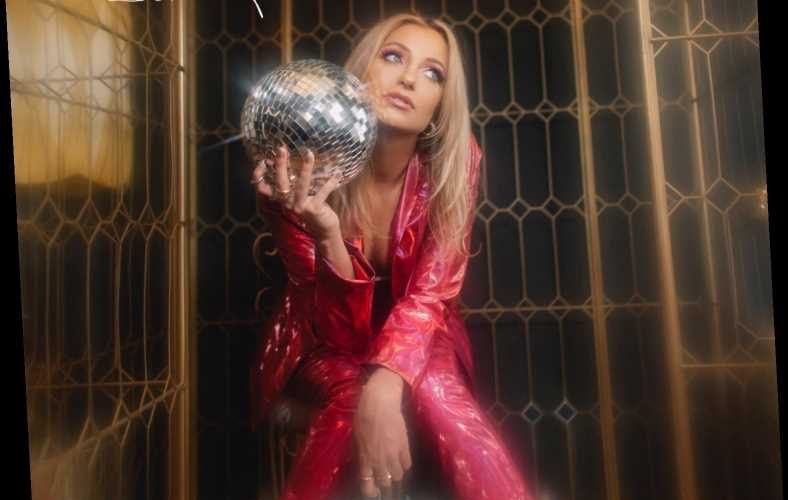 Country music singer-songwriter Halle Kearns dropped her debut single "Pick Me Up" on July 31, and within the first four weeks, the upbeat song about letting go and living in the moment garnered nationwide radio play and over 100,000 streams. The Columbia, Missouri native, 24, solidified herself as one to watch by releasing two more songs ("I Drink Whiskey" and "Shoes To Fill") before dropping her first EP Finally on Dec. 11.

Kearns tells PEOPLE exclusively she tried to keep the pressure off and manage her expectations leading up to the big day. So, when Finally hit streaming platforms, the overwhelmingly positive response was surreal.

"From July to December was one big blur. I have no idea what happened or how I got here. I released Finally on my birthday and it was just the most special day ever," the rising star says. "I really tried to just get off my phone and be present and feel six years of hard work pay off."

The EP has since surpassed 3 million streams on Spotify alone, and Kearns isn't slowing down anytime soon.

On April 16, the singer-songwriter is set to release her next single "Plans," a pop-country tune that highlights her ability to fuse relatable storytelling with catchy melodies. (Think: cruising down a backroad with the windows down and this song on the radio all summer long!). In the corresponding cover art, revealed exclusively on PEOPLE, Kearns channels the disco-meets-Western-inspired vibes of one of her biggest inspirations, Kacey Musgraves, in a white fringe bra, metallic pink suit, white cowboy boots and a matching cowboy hat.

"I've always loved her. She's amazing," Kearns says of the country music trailblazer. "Ingrid Andress is also a big inspiration. I love everything she does from her branding to her music. Lainey Wilson is another one. She's much more on the traditional country side of things, which is refreshing because I think it's really true to her and what she's doing, which is awesome."

But even before Musgraves and others including Maren Morris and Kelsea Ballerini made way for a new era of women in country music, Kearns knew she wanted to pursue a career in the industry. "I've been listening to country on the radio since I was in a car seat. My parents were huge country music lovers. So whenever I started playing guitar, I think that's just what naturally came out."

Kearns has been pursuing music full-time for six years now. One person who's supported the up-and-coming artist through it all is her dad (and the inspiration behind her hit single "Shoes To Fill.")

"I had a conversation with my dad in high school and I just told him, "Music is what I love. This is what I want to be doing. I know I don't need a [college] degree for it. So how do you feel about me really trying to go for this whole singing thing?"

"He was like, 'What does that look like?' I told him I had absolutely no idea, but that we were going to figure it out together," the musician remembers.

Soon after, Kearns moved to the Kansas City area and hit the ground running, playing at theaters, local music venues, coffee shops, wineries and more. Three and a half years (and about 300 shows!) later, the singer took a leap of faith and moved to Nashville in March 2019.

The the country music capital of the world introduced Kearns to a community of artists who welcomed her with open arms and were "rooting" for her success. And the move paid off — in the last two years, the "Pick Me Up" singer has landed on Hot Country playlists, Sirius XM's The Highway line-up and even her hometown radio station, Clear 99.

"Honestly, any time I step on stage, I'm like, 'This is what I'm supposed to be doing.' I always felt it was the right thing."

Reflecting on her whirlwind 2020, Kearns says, "It's just really, really special. I had a lot of really good people around me who were helping out and stuff, but to do it all independently, too, just really reaffirmed that this is what I'm supposed to be doing."

"It's easy to forget to stay present and to look forward to what's next and be racing off to the next thing," she says, but remembering her passion and "the reason why I'm doing this" will continue to be the "most important thing." 04/01/2021 Travel Comments Off on Rising Country Star Halle Kearns' New Single Will Be Your Summer Anthem – Get an Exclusive Sneak Peek!
Recent Posts