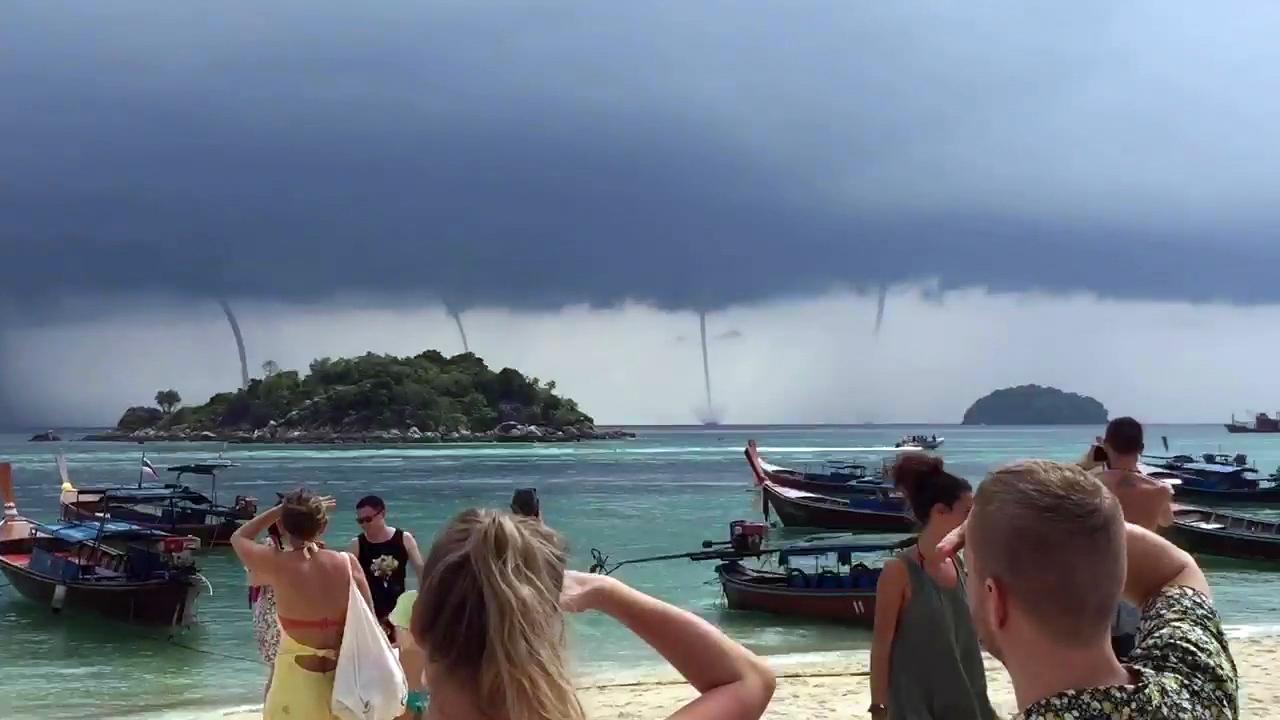 Four large cyclones could then be seen twisting down from the sky and swirling into into the ocean, with the rare weather phenomenon stunning holidaymakers in the area.

One spectator can be heard in the footage saying "oh my God, what is it?" While another adds: "That's a cyclone, it's sucking up the water."

The video was captured by Kim Puyu who works on the island, Kim said: "I've never seen anything like this before. I've not even seen one waterspout, so it was amazing to see four of them together.

"The weather here is very dramatic, because it's an island in the ocean." 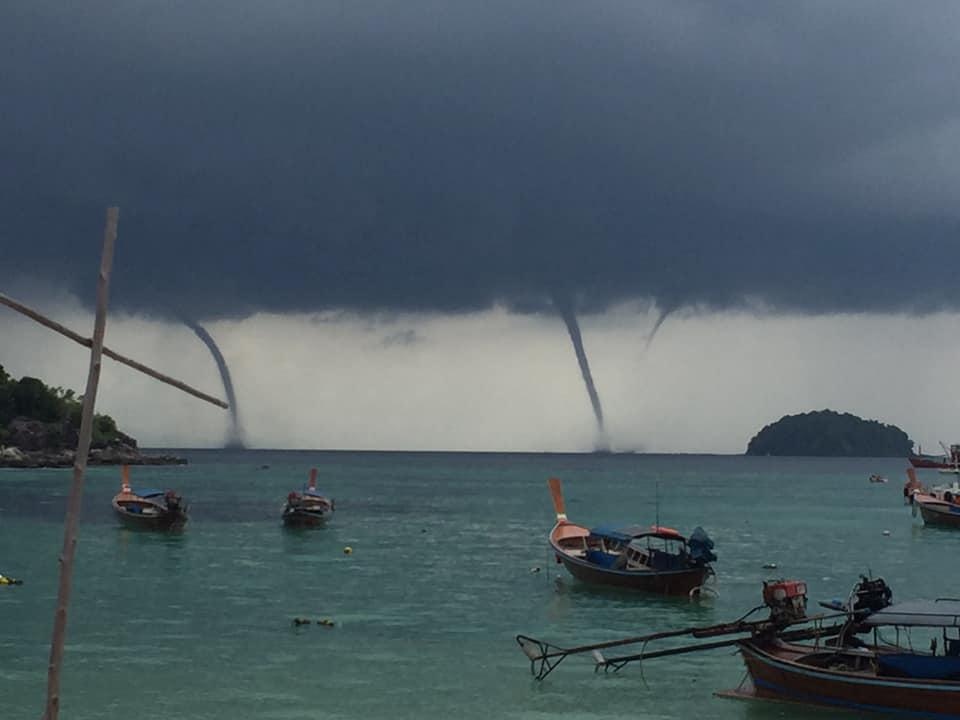 Kim continued: "Before the clouds came there was strong sun and it was hot, then out of nowhere the dark clouds appeared. Nature is so powerful, it's amazing."

Weather Forecast Bureau spokesman Surapong Sarapa said waterspouts were common in the Andaman Sea coast during the rainy season but that it was rare to have four of them at the same time.

They are most commonly found in tropical areas and disappear after a couple of minutes or when they come into contact with land.

Last month, the Thai government revealed that Maya Bay – the beach made famous in Leonardo DiCaprio’s 2000 film The Beach – is closing indefinitely.

The beach on Phi Phi Leh island was shut for four months on June 1 to salvage the area’s coral reefs, which have taken a battering from warmer water temperatures as well as visitors dropping rubbish.

But authorities in Thailand – which was name the world's riskiest tourist hotspot for Brits earlier this year – have said that its ecosystem needs even more time to recover after it was damaged by huge amounts of tourists visiting.