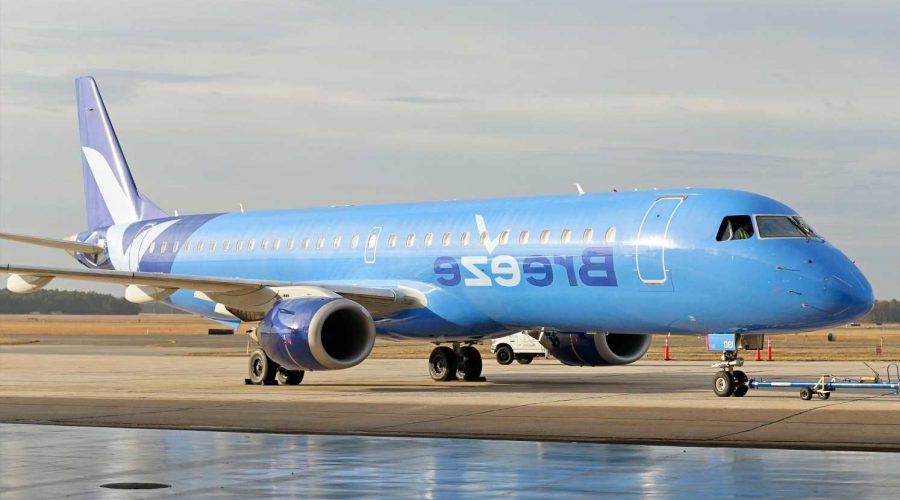 Breeze Airways, a new budget airline from the founder of JetBlue, will take off on May 27 with flights concentrated in the southeastern U.S.

The airline, whose launch was delayed by the coronavirus pandemic that devastated travel, initially plans to offer flights to and from four airports: Tampa, Florida; Charleston, South Carolina; New Orleans; and Norfolk, Virginia.

Additional flights will be added in June and July, giving Breeze 39 nonstop routes between 16 cities as far east as Providence, Rhode Island, and as far west as San Antonio, Texas, this summer.

Tickets go on sale today on the airline’s website and start at $39 each way on all routes. They are introductory fares, and the cheapest seats will be limited, especially given the rebound in travel and Breeze’s limited flight schedule. The airline is not offering daily service on any routes, with four times a week the highest frequency.

Breeze is the second US airline to start during the pandemic

Breeze will be the second U.S. airline to launch this year, joining Avelo Airlines, which debuted in late April.

Breeze CEO David Neeleman,who ran airlines in South America after being ousted as JetBlue CEO more than a decade ago, said there is an untapped market in the U.S .for nonstop flights between small cities.

The airline’s informal mantra: “We’ll get you there twice as fast for half the price.”

If that sounds a lot like budget airline Allegiant, it’s by design. Neeleman calls Allegiant’s track record of luring travelers who would otherwise drive or connect through a major airline’s hub “amazing.” (Avelo is Allegiant-esque, too, its founder the airline’s former president.)

Meet Avelo Airlines: New US airline has $19 fares, $10 checked bags and flies out of small airports

“They go into a market where five people a day are traveling between a route, and the next thing you know there’s 100 people,” he said.

Neeleman recently met a loyal Allegiant passenger who lives in Appleton, Wisconsin, and has a second home in Gilbert, Arizona, closer to the small Phoenix-Mesa Gateway Airport than Phoenix Sky Harbor International Airport, which is dominated by American and Southwest. He’s a regular on the airline’s nonstop Appleton-Mesa flight.

Neeleman said Breeze has significantly lower costs than Allegiant and other competitors thanks to a number of factors, including smaller planes.The airline is starting with 13 Embraer regional jets, 10 with 108 seats and the rest with 118 seats. Allegiant uses Airbus A320s with up to 186 seats, and Avelo flies 189-seat Boeing 737s.

Like Avelo, Breeze has benefited from cheaper prices to buy or lease airplanes and lower prices for parts due to the pandemic.

All combine to enable Breeze to fly even shorter routes with cheap tickets and make money, Neeleman said.

He said Breeze won’t be stealing from the competition on most routes because it will be the only airline with service. The airline says 95% of its routes have no nonstop competition.

“We’re going to generate 10 times more people than we’ll ever take from anyone else,” he said. “If you’re sitting in Columbus, Ohio, and you want to go to Charleston, South Carolina, and can do it for 69 bucks then you’re just going to go. You’re going to go more often.”

Breeze Airways flights for summer 2021 to and from Tampa, Charleston, New Orleans and Norfolk

Tampa, Florida to and from, and service start date:

Charleston, South Carolina to and from, with start date:

New Orleans to and from, with start date:

Norfolk, Virginia, to and from, with start date:

Breeze Airways, a new airline from the founder of JetBlue Airways, will initially use Embraer 190s on its flights in the southeastern US. (Photo: Cean Orrett)

Most of Breeze’s new flights are under two hours.

The airline plans to announce additional, longer flights between larger cities in the fall using another plane, the Airbus 220.

It has 60 of the planes on order but has not announced how many seats it will offer. Unlike Breeze’s initial flights on the Embraer regional jets, those flights will have business class and Wi-Fi.

8 things to know about Breeze Airways

► Bag fees are $20 whether you carry on or check. (Passengers are allowed one free personal item that fits underneath the seat, the practice at other low-cost airlines.)

►  Advance seat assignments start at $10. Families will not be charged to sit together, the airline says.

► There’s no Wi-Fi, but passengers will be able to stream 150 free TV shows (not live TV as on JetBlue) on their personal devices from an inflight entertainment system. Wi-Fi and business class will be offered on future Breeze flights operated with a bigger plane.

► Kind bars and Utz snacks are on the inflight menu.

► Some of its flight attendants are Utah college students under a partnership with Utah Valley University. The airline had planned to hire all flight attendants this way but scrapped that plan recently due to low interest.

► The airline’s initial name was Moxy.

05/21/2021 Travel Comments Off on New airline Breeze Airways takes off May 27 with $39 fares, no middle seats and nonstop flights to smaller cities
Recent Posts