A TEAM of designers have revealed their incredible new £450 million mega-yacht concept inspired by Roman architecture.

The 501ft long 'Prodigium' has pools on three different levels and on the top deck the lounge area is surrounded by marble columns. 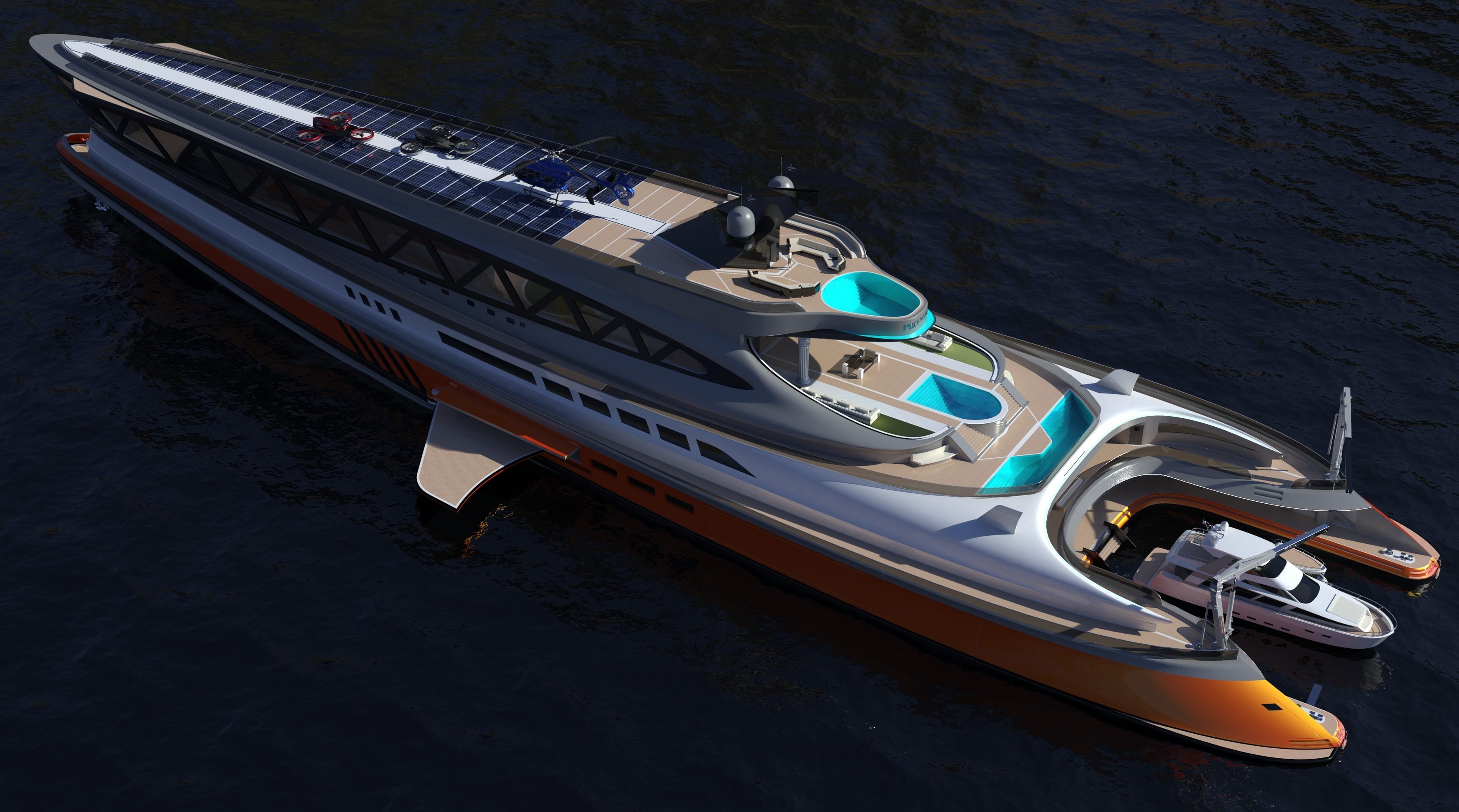 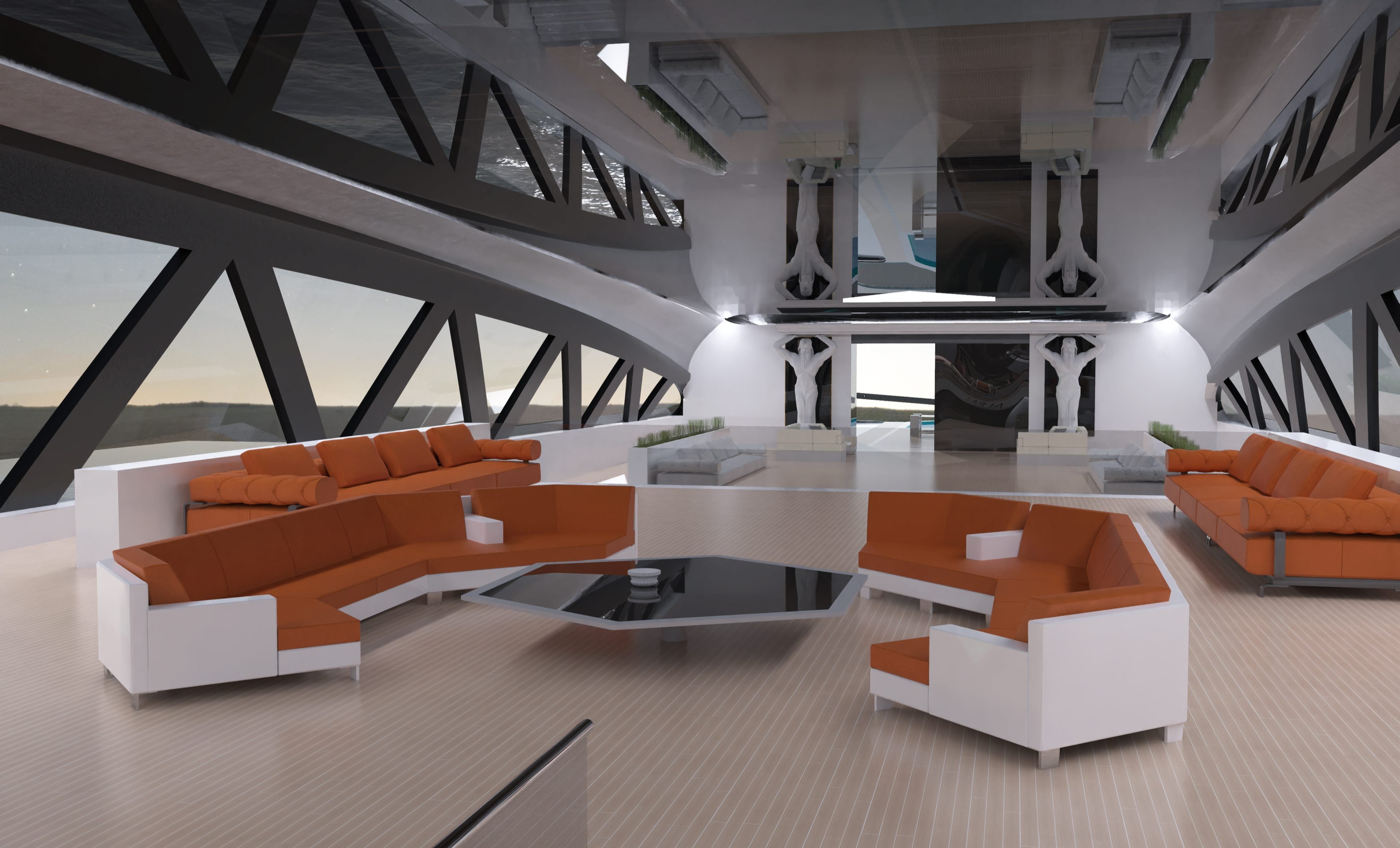 The palatial vessel combines the civilised ancient design with modern 'toys' and luxuries and has room for three helicopters and eight jet skis.

With its 34 meter width the unique and stylish yacht is also the widest boat ever conceived but is still capable of reaching a crushing speed of around 22 knots.

It has two garages and two extendable terraces which fold out from the side of the boat like fins and extend to seven metres allowing vessels to be stored on them.

The one of a kind mega yacht has six different floors in total and the main living area is on the upper level and is designed to resemble a shark. 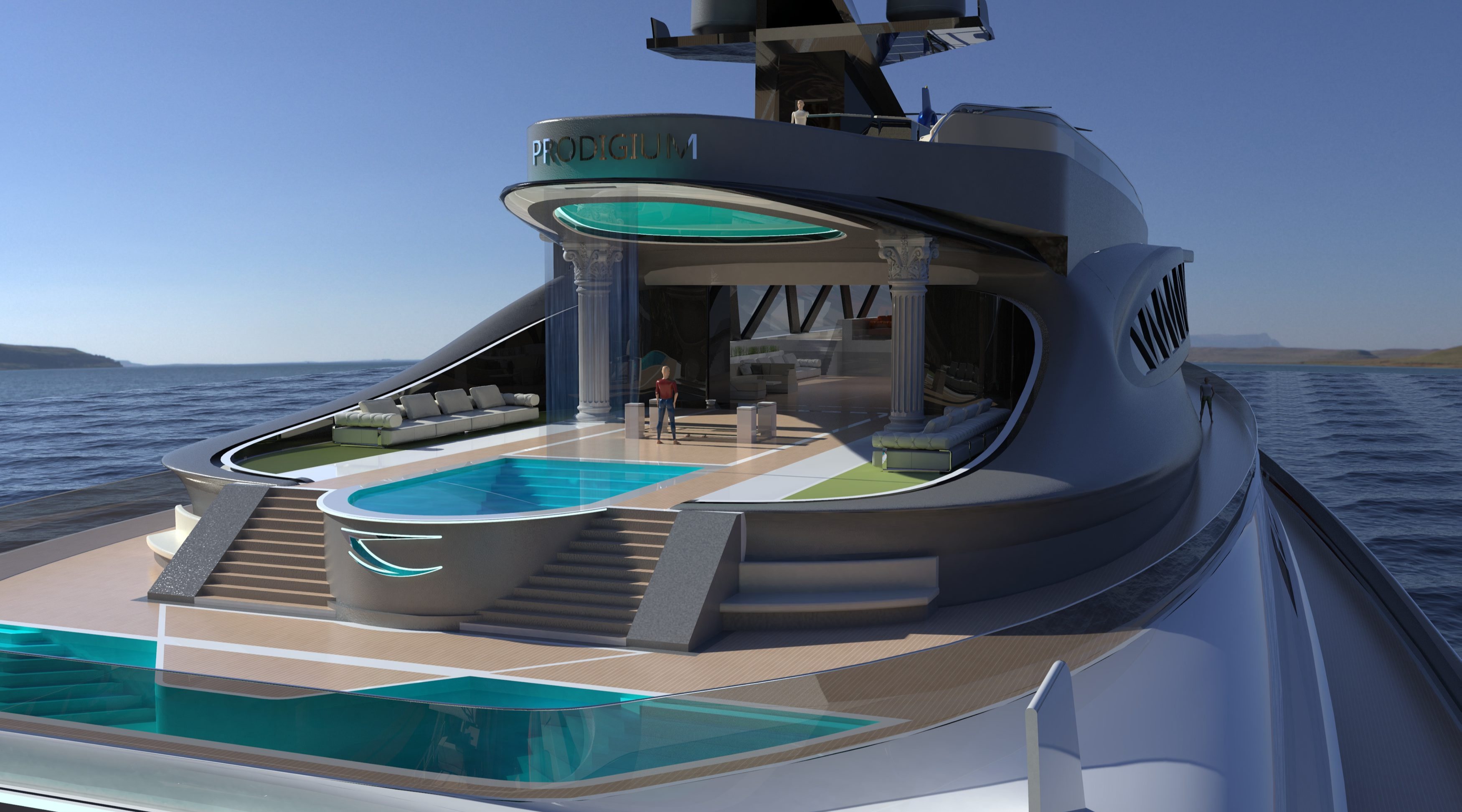 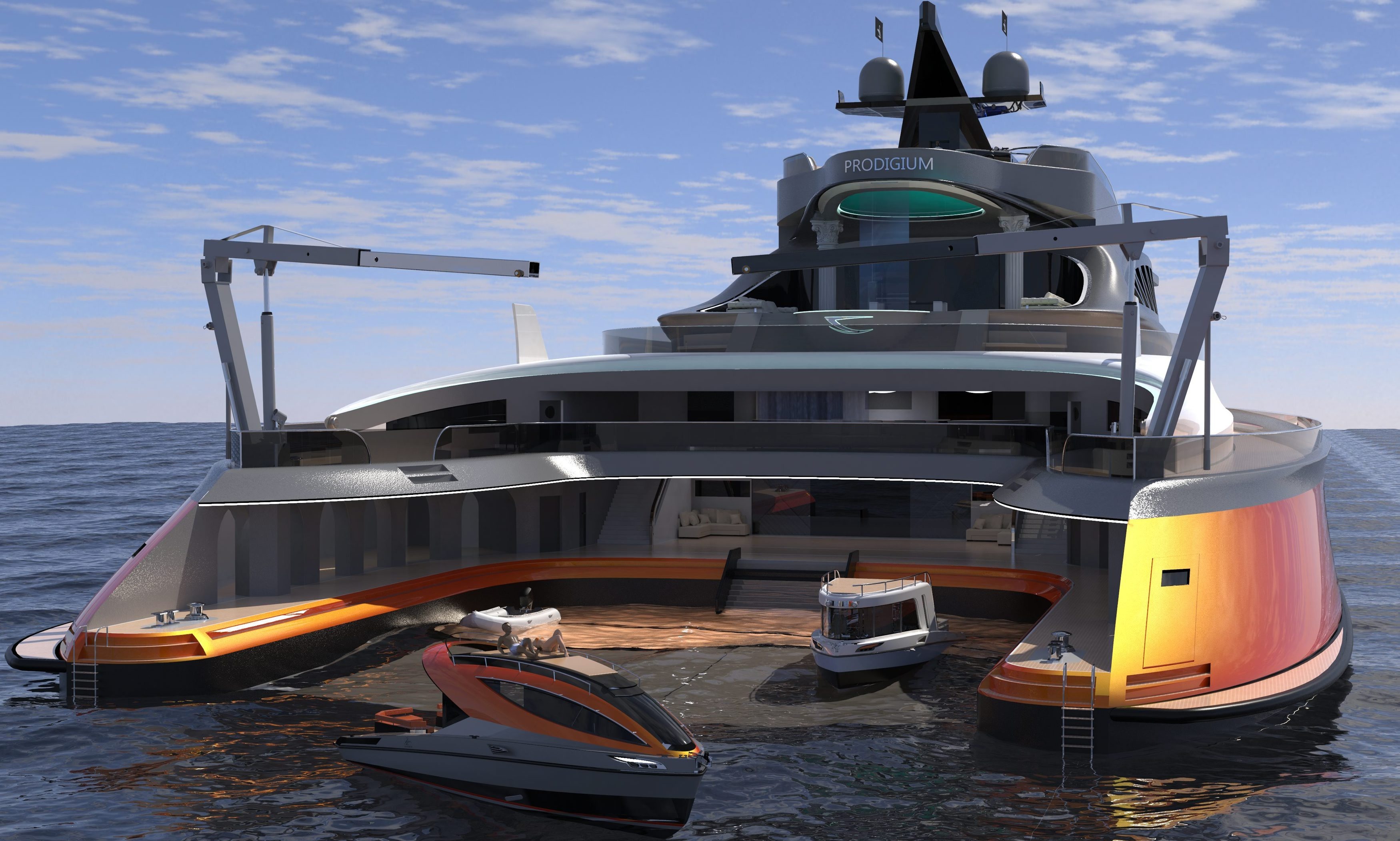 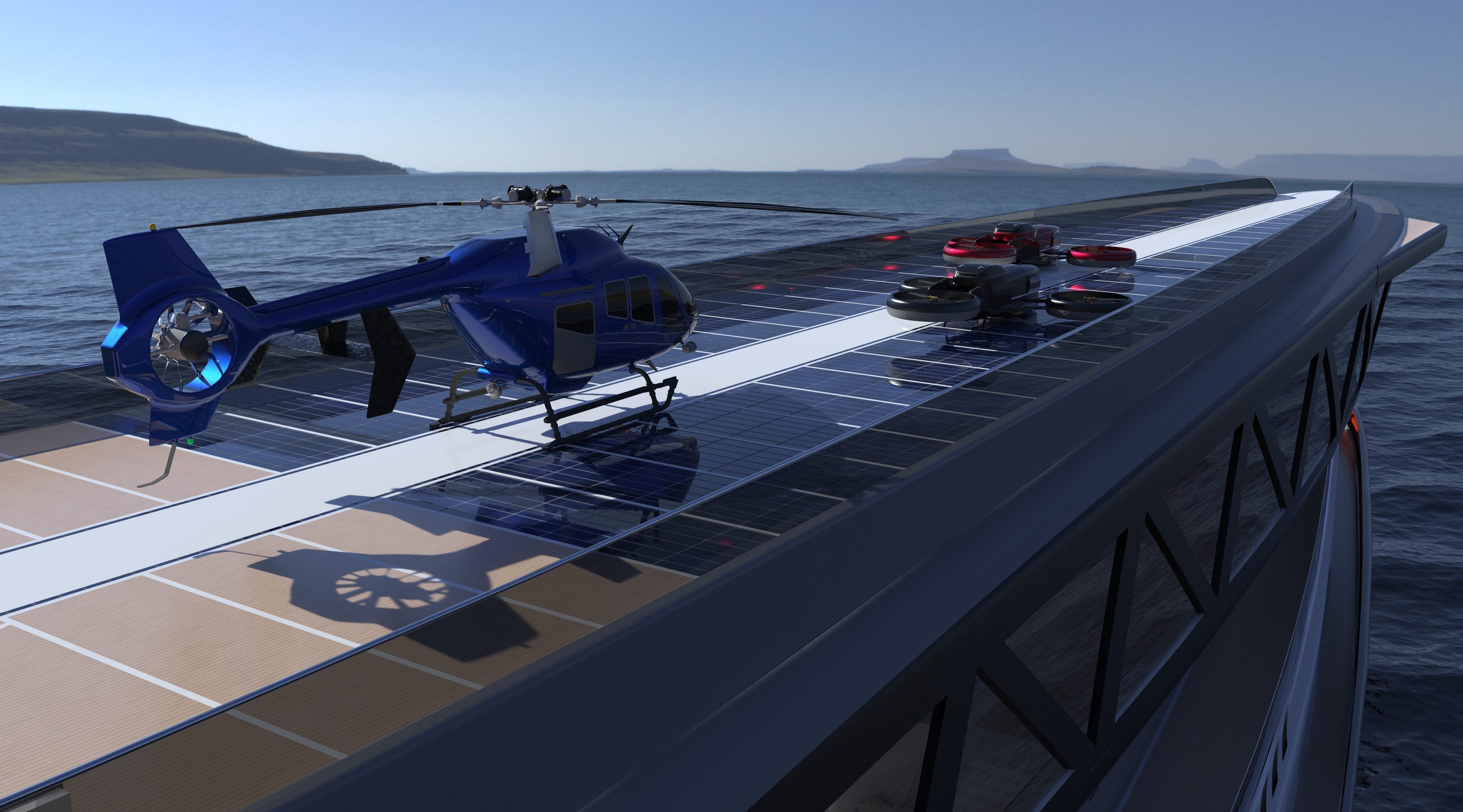 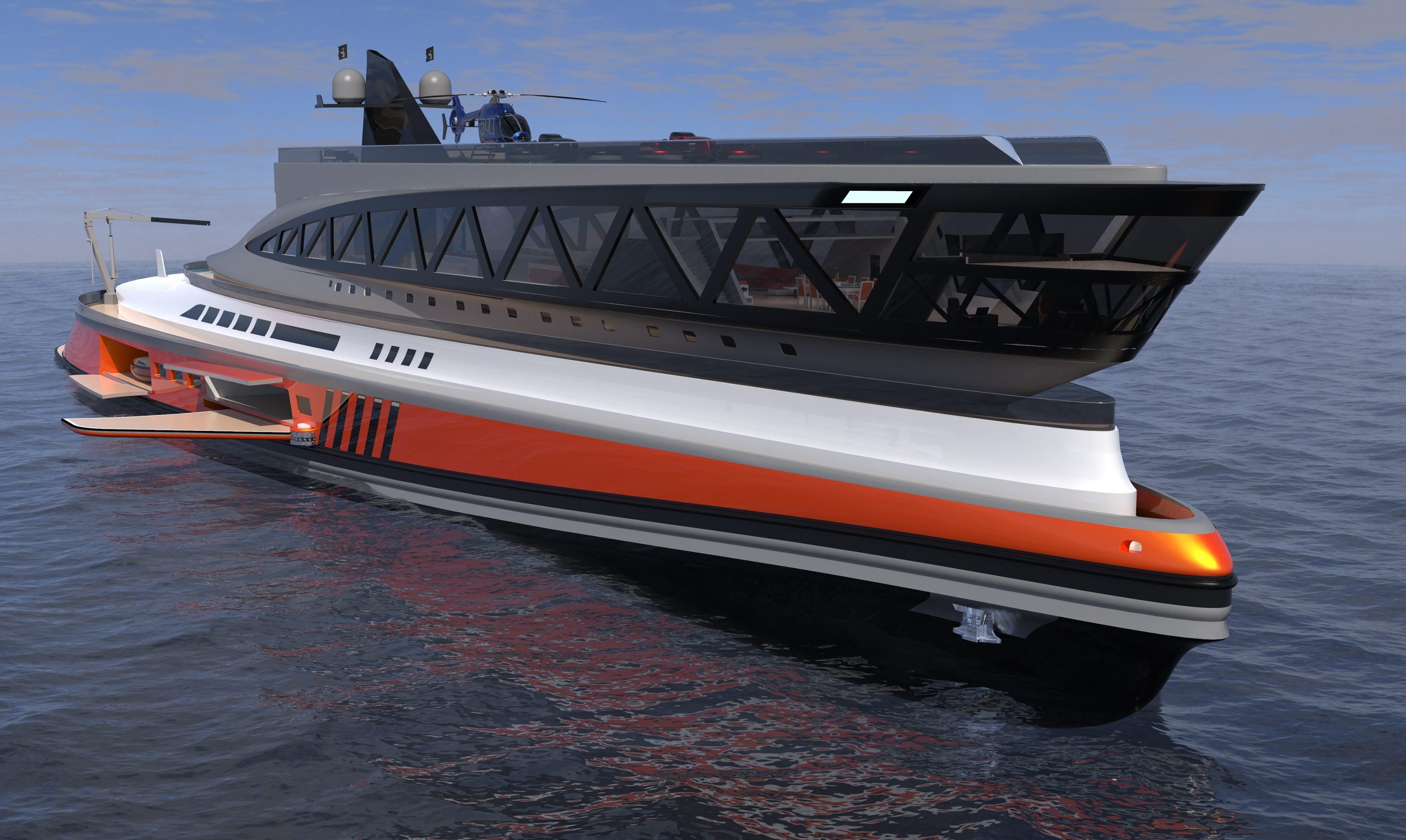 The sleek carbon and aluminium vessel also has a 'private port' area at its rear which is able to house 'smaller' yachts of up to 30 metres.

At least 40 guests would be able to stay on the yacht at any one time and they would be looked after by a team of almost 30 staff and crew.

On the top deck, if guests want to explore the ocean from a different vantage point, is room for up to three helicopters at a time.

A spokeswoman for the designers, Lazzarini Designs, said: "Prodigium is the second of the nature inspired mega yacht that Mr. Lazzarini is developing the first took its inspiration from a swan.

"Our latest design takes its inspiration from ancient Roman architecture and parts are also inspired by the shape of sharks."

Earlier this year, a 414-foot superyacht formerly owned by Microsoft co-founder Paul Allen is went on sale for €295million (£222million).

The megayacht, called the 'Octopus', has the capacity for 26 passengers who can be fitted in 13 cabins, along with two heliports, seven boats and a small yellow submarine that can host eight people for two weeks underwater.

The boat also has a nightclub, a cinema, a basketball court and a recording studio on-board – used by Mick Jagger, as well as a glass-bottomed observation deck, swimming pool, hot tub, and library.

11/18/2020 Travel Comments Off on New £450m mega-yacht resembling a shark revealed – complete with helipad and its own 'port'
Recent Posts
We and our partners use cookies on this site to improve our service, perform analytics, personalize advertising, measure advertising performance, and remember website preferences.Ok