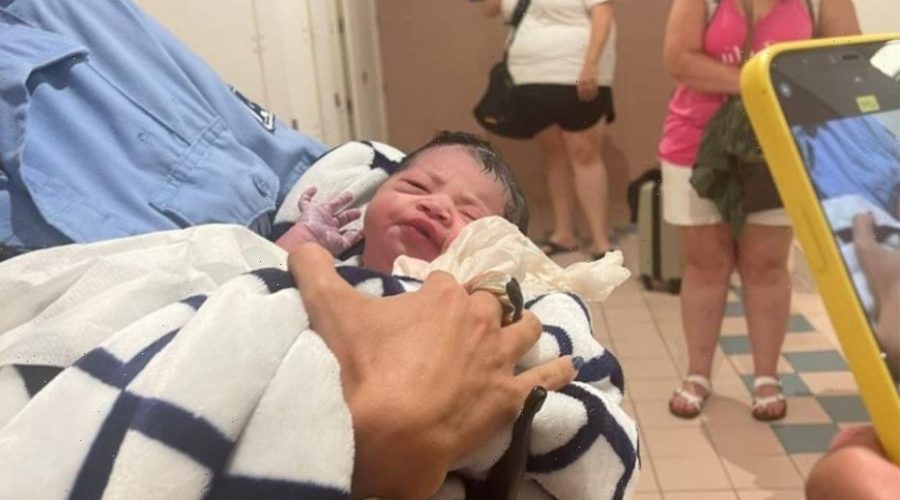 On Sunday morning, a woman gave birth at the Miami International Airport after having just arrived on an American Airlines flight from Chicago, airport spokesperson Greg Chin told Fox News.

The woman was scheduled to make a connecting flight to Honduras, but had a bit of a detour. 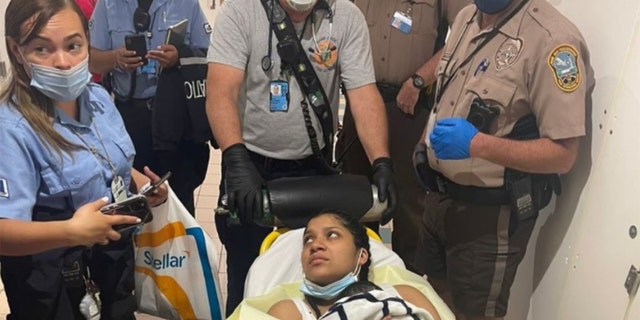 According to Chin, the baby was born at about 10:30 a.m. in a restroom near Gate D43, with the help of the Miami-Dade Aviation Department and Miami-Dade Fire Rescue.

The unidentified mother decided to name her newborn daughter Mia, after the airport where she was born.

Though the family declined to be interviewed, Chin said that the airport was happy to have been a part of baby Mia’s story. 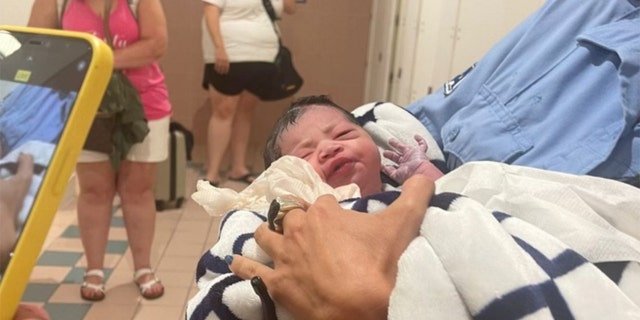 The newborn girl’s mother decided to name her Mia, after the airport where she was born.
(Courtesy of Miami International Airport)

“We were honored to help the mom have a safe delivery at MIA, and we are proud to know that the baby was named Mia because of her successful ‘arrival’ at our airport!” Chin told Fox in an emailed statement.

“Grateful that mom and her new baby are doing well — and kudos to the amazing @iflyMIA terminal team, @MiamiDadePD, and @MiamiDadeFire for this special arrival,” the mayor added.