When a moaning airline passenger demanded he have a window seat he probably thought the cabin crew would arrange for him to swap seats.

But one flight attendant came up with a much more cheeky response – by drawing a picture of a window on a piece of paper and sticking it on the wall next to him.

The incident happened on a flight in Japan when the unhappy passenger, who had requested a window seat, ended up sat in a row without a window. 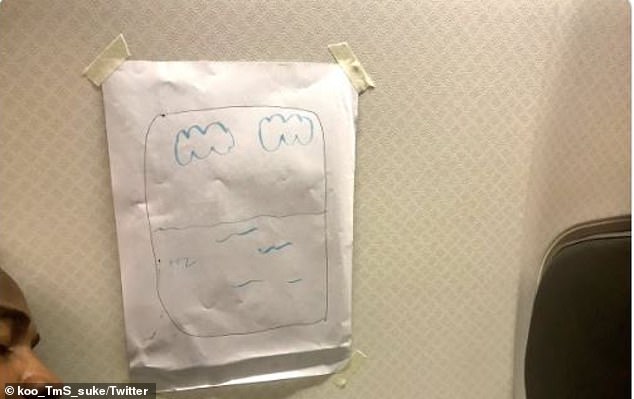 When a passenger demanded he be moved to a window seat on a flight after being placed in a row without a window, a cheeky flight attendant drew a picture of a portal with some scenery and stuck it to the wall

A fellow passenger called @koo_TmS_suke noted on Twitter that when the crew on the unknown airline came around during the drinks service, the man in question blurted out ‘give me a window seat.’

According to the Twitter user, the flight attendant walked away before rushing back with a piece of paper and stuck it to the blank canvas wall next to the man.

And on closer inspection, it turned out that the cabin crew member had actually drawn a picture of a window featuring blue sea and white clouds, to give the impression of scenery.

A picture of the flight attendant’s artwork was then posted on Twitter gaining almost 8,000 retweets and 15,000 likes. 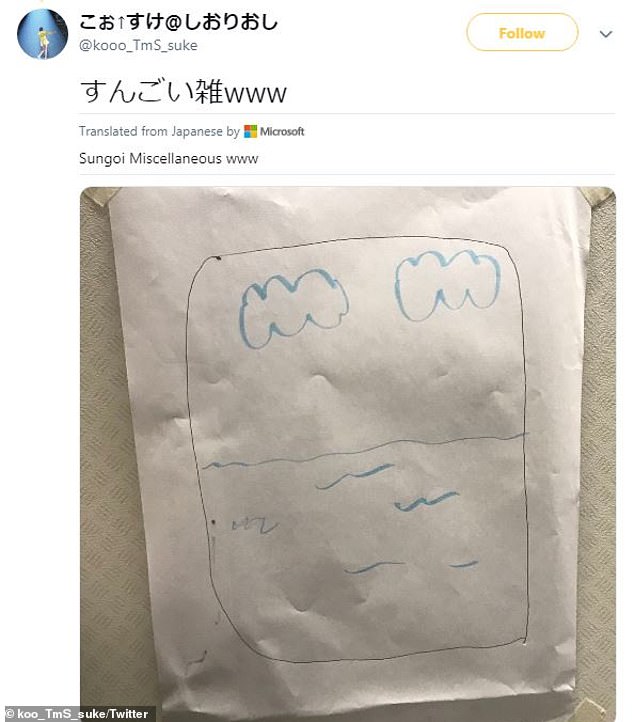 The picture of the window was posted to Twitter, where it was retweeted almost 8,000 times and got 15,000 likes

And according to Sora News 24, other Twitter users found the drawing hilarious and praised the flight attendant’s response.

One wrote: ‘That’s really clever’, and another said: ‘Great thinking by the attendant.’

While one sarcastically remarked: ‘How lucky he must be to be gifted with a such a unique scenery.’