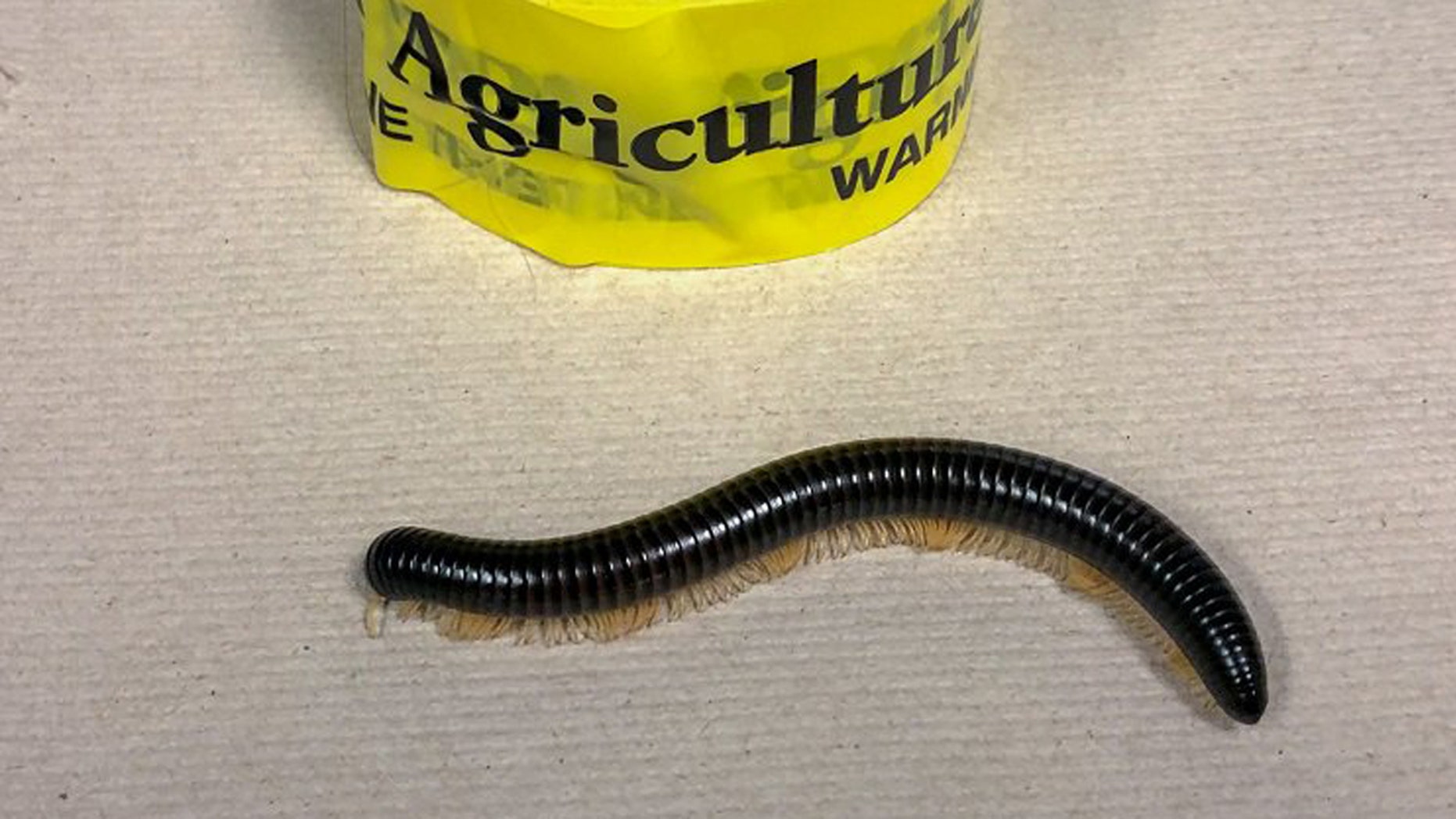 A strange stowaway was discovered at Atlanta's Hartsfield-Jackson International Airport this week.

Regal, a member of the CBP's Beagle Brigade, alerted his handler to a checked bag at baggage claim.

The nearly 6-inch bug was collected and secured while officials find a place to house the millipede.

The couple who owned the suitcase were on a flight from Johannesburg, South Africa and were heading to South Carolina.

They said they had no idea the giant bug was in their suitcase.