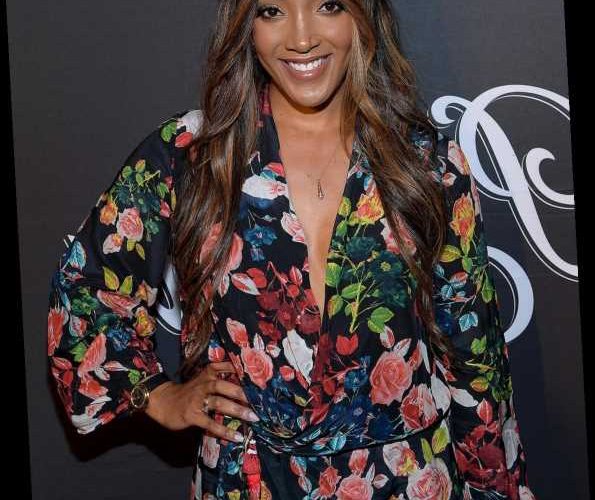 Mickey Guyton is proudly making history as the first Black female solo artist to earn a Grammy nomination in a country category.

At this year's awards show, airing live from Los Angeles on Sunday, the singer, 37, is up for best country solo performance for her track "Black Like Me."

"I've been dreaming of this since I was 10!" Guyton tells PEOPLE. "It's wild to be nominated for 'Black Like Me.' I have imposter syndrome. I wake up and think, 'No way this is real.'"

Check out PEOPLE's full Grammys coverage to get the latest news on music's biggest night.

Guyton says "Black Like Me" was inspired, in part, by the discrimination she's experienced throughout her life, starting from her childhood in Texas.

"When I was a little girl, I had to go to an all-white Christian public school," she says. "There was the map of Africa pulled down at my school, and you saw Niger, and you saw Nigeria. I will never forget Micah, a little redheaded kid, was laughing and giggling and saying Niger a different way — we know exactly how that was said."

"I didn't even really understand what that word meant, but I knew it was a word that wasn't supposed to be said," she continues. "My teacher never said anything. She never corrected him and said, 'You don't say that word.'" Later, Guyton's parents had no choice but to take her out of public school and enroll her in a private one because the neighborhood she lived in "didn't want black kids there."

After graduating high school, Guyton left Texas to pursue a singing career in Los Angeles. Then in 2011, she moved to Nashville. While she says she was met with a lot of "love and acceptance" in Music City, she continued to deal with hate.

"People were really excited for me because they thought this was an amazing opportunity to represent Black people in a predominantly white genre," she says. "But they were scared for me … [I'd be] singing at major shows and [see] the Confederate flag. I'd be called the N-word."

"I remember going to a certain record label, and they would try to test my knowledge on country music," she adds. "Like, I'm not supposed to know what these songs are. Country music isn't just a twang in your voice, it's also a way of life. It was weird having to prove myself when other artists would never have to do that."

In addition to representing her own personal experiences, "Black Like Me" was written as a response to the police killings of Botham Jean, Ahmaud Arbery, George Floyd and Breonna Taylor.

Though she says Nashville's country music community has been "extremely supportive" of "Black Like Me," the response from radio has been just the opposite.

"Country radio has not been supportive of 'Black Like Me,' but the community has been," she says. "That means more to me than anything, because I've been amongst these people for the last nine years, and I didn't always feel seen, and I didn't always feel heard. To see this community — not all of them, but the ones that I love the most — come and join and support me has been really beautiful." In general, Guyton says it's been hard making her way in the country genre as a Black woman because her music is "scrutinized more than a white man or a white woman's."

"They would always say my music needs to sound super country, because people aren't going to feel that you're genuine," she says. "Meanwhile I'm hearing all of these white dudes with trap beats in their songs, and singing R&B melodies, and they were calling it country. That was really difficult."

Now the mother of a Black son, Guyton — who welcomed her baby boy Grayson with husband Grant Savoy last month — knows she's going to need to have some difficult conversations with her child as he gets older.

"Me and my husband talked about how we are going to tell him how to react and act if and when he gets pulled over and stopped by law enforcement," she says. "When I was having that discussion, it made me sick to my stomach. I will have to have that discussion with him if we don't make some kind of change."

While Guyton is the first solo Black woman to be nominated in a country category at the Grammys, she's going to make sure she's "not the last."

"I have a responsibility to hold the door open for other women of color," she says. "Another 40 years can't pass without change."

PEOPLE and Entertainment Weekly are also teaming up to bring you some glamour and award show speculation ahead of the Grammy Awards on Sunday, even if most of the nominees and guests will be at home wearing sweatpants.

The livestream will broadcast live from New York City and will feature celebrity interviews both virtual and in-person from the Grammys red carpet in Los Angeles.