There’s no need to ask – you must wear a mask.

A man was recently booted from a Delta Air Lines flight before takeoff after having a meltdown over his mandatory mask and fighting with cabin crew over the positioning of the PPE.

Todd Benson and his family were traveling from Aruba to Atlanta when the anonymous passenger became agitated after a flight attendant asked him to put the facial covering on “properly,” ClickOnDetroit reported on Wednesday. 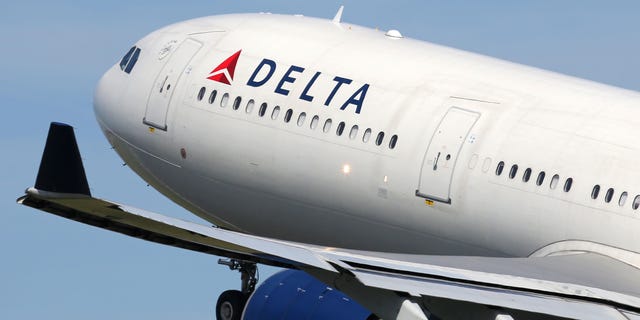 A man was recently booted from a Delta Air Lines flight before takeoff after having a meltdown over his mandatory mask and fighting with cabin crew over the positioning of the PPE.
(iStock)

“It was shameful behavior,” Benson claimed. “Moments later, he’s threatening her. ‘I’m gonna beat you up’ or something along that line. And I thought that was completely inappropriate. He was saying he was gonna somehow get her fired.”

From there, the passenger tried to speak with the pilot, before returning to his seat and trying to rile up the other passengers.

“As he was leaving, the most graphic language that you could possibly imagine just came spewing out of his mouth and I wish we all could have just covered our ears,” Benson said of the meltdown.

As the man was escorted off the aircraft, some of the Delta passengers clapped and cheered.

“We apologize for the delay to our customers as we engaged a customer who was not following the commitment to wear a mask onboard the flight,” a spokesperson for the airline told Fox News on Thursday.

A representative for the carrier also shared a related statement with ClickOnDetroit:

"A customer on Delta flight 654 operating from Aruba to Atlanta by security personnel after refusing to wear a mask onboard the aircraft in compliance with Delta's mask-wearing requirements,” a Delta spokesperson said. "The flight departed safely for Atlanta without further incident"

In a recent policy change amid the coronavirus health crisis, the Atlanta-based carrier is now banning passengers from wearing face masks with exhaust valves.