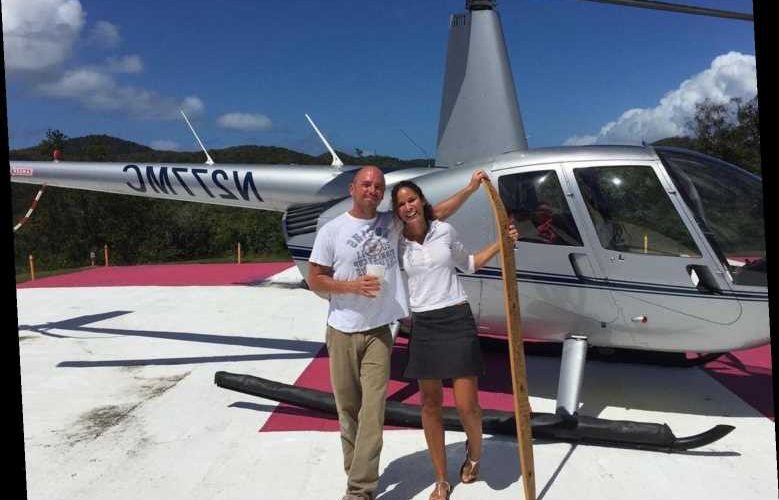 Kenny Chesney is saying "a very hard goodbye" to his friend, Maria Rodriguez, who died Monday in a helicopter crash in the Virgin Islands.

In a tribute to Rodriguez on Instagram Monday night, the country singer revealed the heartbreaking news that his longtime friend "and others were killed today in a helicopter crash in St. Thomas."

"She was a dear friend to me and to our island community. I have been flying with Maria for over 15 years and we shared a lot of laughs and a lot of life together," wrote Chesney, 52, alongside a slideshow of photos featuring the pair together and smiley solo shots of Rodriguez frolicking on the beach and lounging on a wicker chair.

He continued, "She was always the first person I saw when I landed and the last person I said goodbye to when I would leave island. I'm sure going to miss that." "It's fair to say I won't ever be able to go to the Virgin Islands again without feeling the loss of her. She was such a huge part of my island life," Chesney went on.

He concluded his tribute by addressing Rodriguez, "So goodbye sweet friend. I'm sure glad our paths crossed on this side. See you on the other."

The Virgin Islands Emergency Management Agency confirmed that four people had died in the crash, which occurred about 3:14 p.m. local time in the Botany Bay area of St. Thomas, according to ABC News.

Authorities are waiting to notify next-of-kin before releasing the identities of the victims, ABC News reports. Chesney has always had a soft spot for the Caribbean, which is the subject of many of his songs and the place where he does much of his songwriting. He was writing his Song for the Saints album's title track when Hurricane Irma hit the islands in 2017. Two days later, he penned "Love for Love City."

But the "Get Along" singer wanted to do even more for his beloved islands, so he decided to donate all proceeds from his album to his nonprofit, the Love for Love City fund.

"The destruction was too much, and there were too many other places that were hurting," Chesney said in a June 2018 statement. "When I realized the help that had to happen, I did what I could to facilitate getting things done."

"But even more powerful to me were the people of the No Shoes Nation, who stepped up and gave what they could," he added at the time. "They showed me how people come together in times of crisis to lift up people they don't even know."