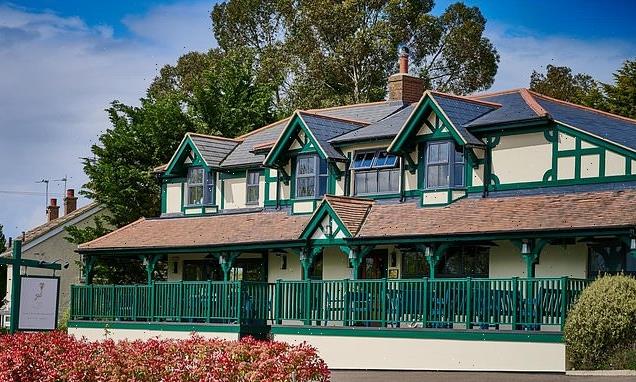 The Inspector enjoys a ‘delicious stay’ at a restaurant with rooms in Old Windsor run by celebrity chef Adam Handling, who cooked for world leaders at the G7 summit

Restaurants with rooms are a clever idea. Eat, drink and stagger up the stairs and then come down again in the morning for a better than average breakfast. That’s exactly what you do here at celebrity chef Adam Handling’s latest project down a lane in Old Windsor — except your chances of a berth at busy times are handicapped because there are only two rooms.

Ours is special, albeit over-priced at £250. It’s a suite, with a big sofa facing the window and a roll-top bath in one corner, plus a separate shower room.

This is foodie central, so there are some delightful touches such as a jar of homemade shortbread and, on the table next to the bath, a bottle of ready-made Negroni and two tumblers. 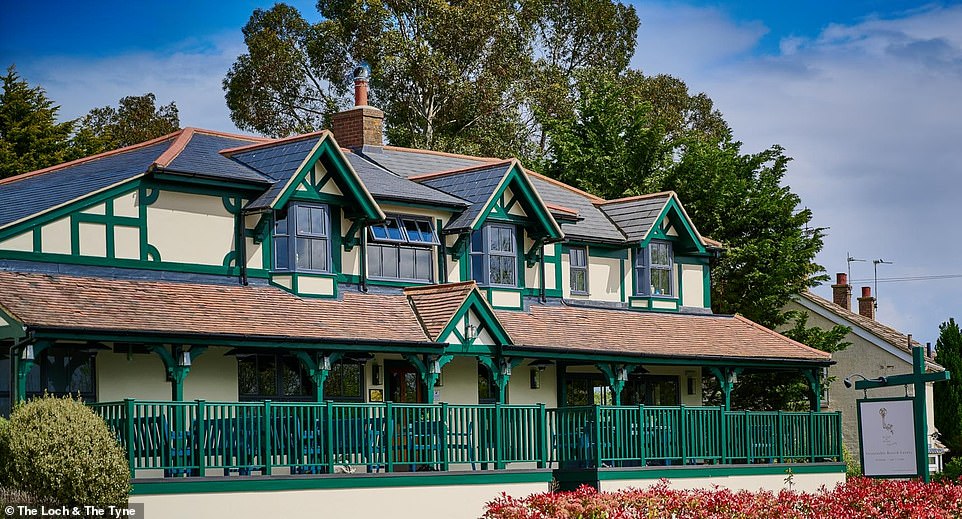 The Loch & The Tyne, pictured, is celebrity chef Adam Handling’s latest project – down a lane in Old Windsor 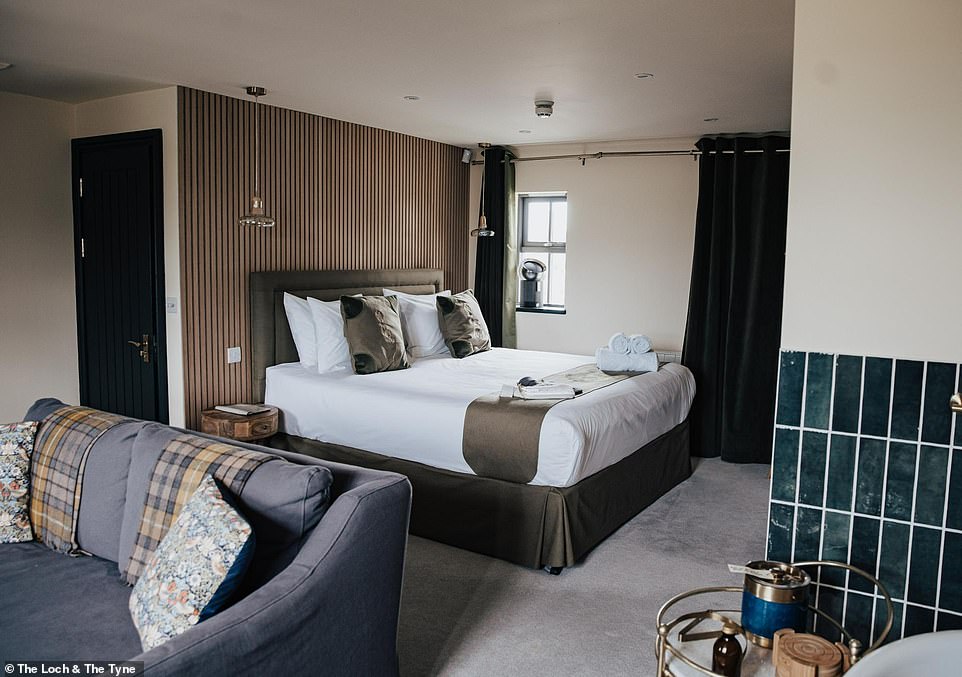 One of the two guest rooms at the restaurant with rooms. Doubles start from £147 per night

The building used to be a battered pub, but one with a charming thick wooden bar, which has been retained.

The ethos here is that nothing should go to waste; everything must be sourced locally or, ideally, grown in the raised beds at the back of the building near a tented area, which must be fun in summer.

What a treat it is to sample Handling’s food at reasonable prices compared with his establishment in London’s Covent Garden and at Carbis Bay in Cornwall, where he cooked for President Biden and other G7 leaders last June. ‘Quite a few of them had dietary requirements,’ says our friendly and highly efficient waiter. ‘So it was a little stressful.’ 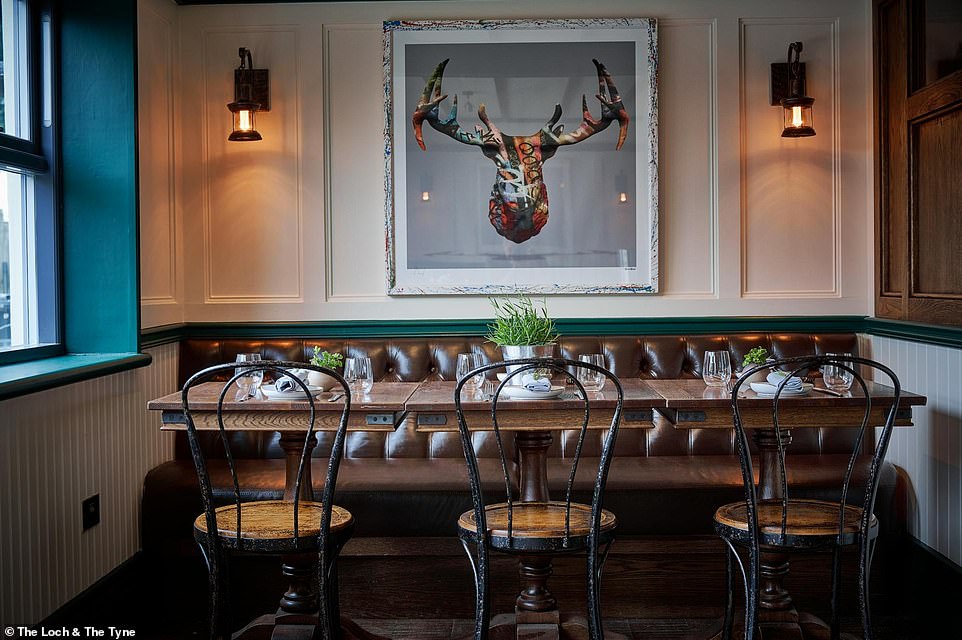 Pictured is The Loch & The Tyne restaurant. The Inspector says that it’s a ‘treat’ to sample Handling’s food ‘at reasonable prices’ compared with his establishments in London and Cornwall 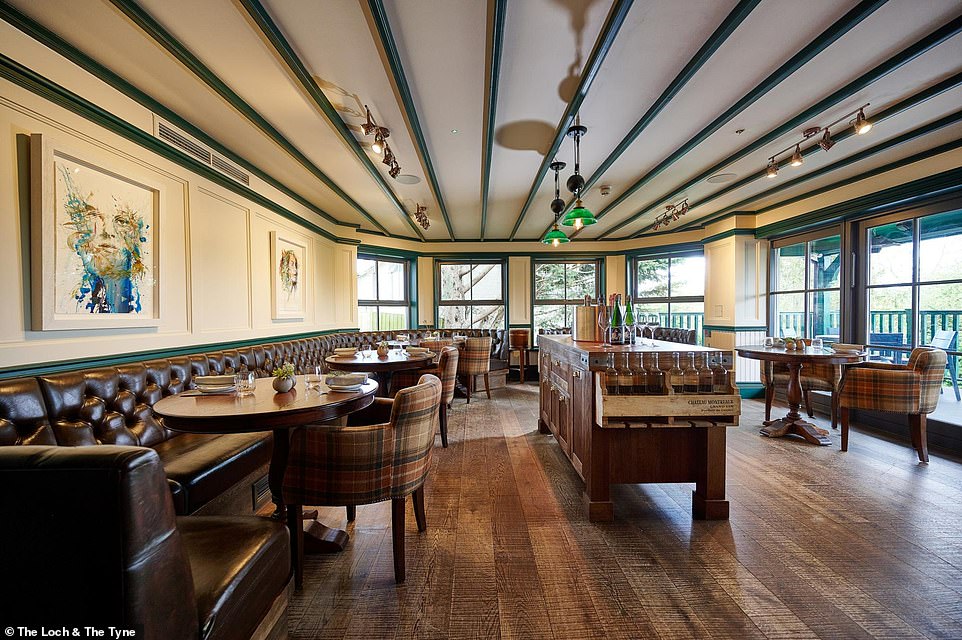 ‘The building used to be a battered pub, but one with a charming thick wooden bar, which has been retained,’ writes the Inspector 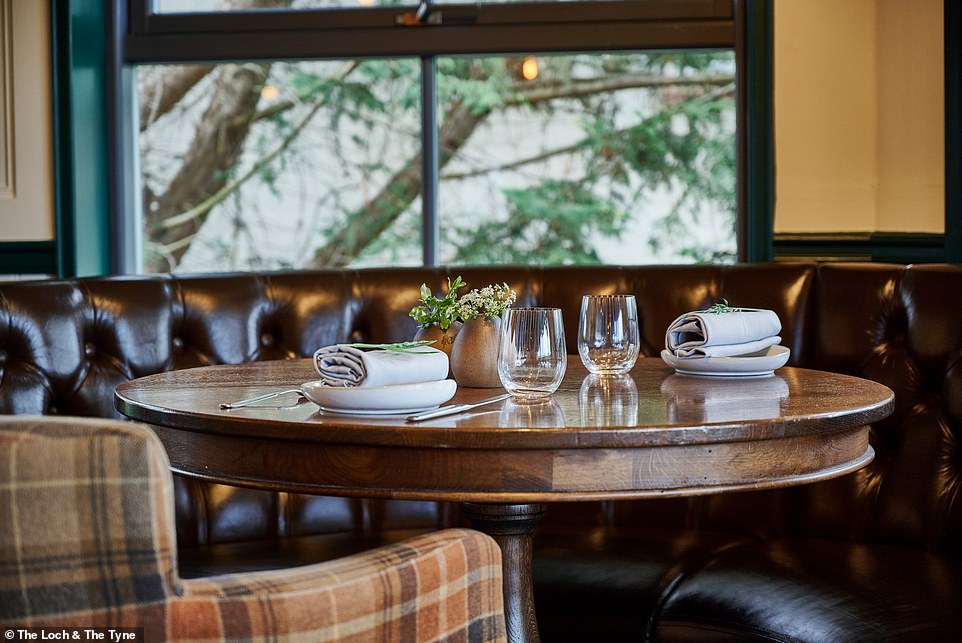 During his stay, the Inspector dines on chicken butter and sourdough bread, prawn cocktail and ‘magnificent’ duck breast 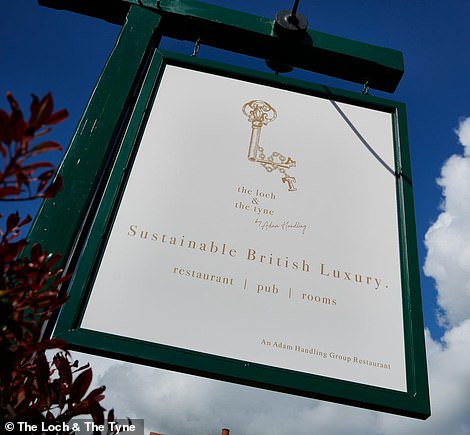 ‘We loved our huge bed and enjoyed the quiet of riverside Berkshire,’ says the Inspector

I just hope they were able to scoop up his signature chicken butter and whack it on fresh sourdough — sensational.

And so as not to throw out the chicken skins, he cuts them up finely, pops them in the oven and then sprinkles them on the butter. Chicken scratchings.

My prawn cocktail was laced with 1970s nostalgia but with a 2020s dash of spice.

It was followed by magnificent duck breast and then a sensational slice of pecan pie.

We loved our huge bed and enjoyed the quiet of riverside Berkshire.

You order breakfast in advance and say what time you want it.

I went for the full English but just couldn’t finish it — and felt out of kilter with the ‘no waste’ philosophy.

But I still managed lashings of chicken butter (minus the scratchings), which at one point I spread on the black pudding.

Extreme indulgence, and not what the doctor ordered, but it rounded off a delicious stay.

01/03/2022 Travel Comments Off on Inside The Loch & The Tyne in Old Windsor, run by chef Adam Handling
Recent Posts