The world’s most luxurious ski lift! What it’s like to ride Hochgurgl’s new £20 million state-of-the-art gondola

What’s the best way up the mountain? T-bar? Surely not: all that anxiety as you fail to grab the bar. A button? Too painful. Chairs? Even heated ones can still get nippy. No, the ultimate way to get to the top has just opened in Hochgurgl, the smaller but higher brother of Obergurgl in Austria.

What was once the Kirchenkarbahn drag lift is now a luxurious £20 million state of the art gondola, with a 12-minute ride up the mountain. One of the cabins has been specially fitted with blankets and cushions — and is home to what they call the Perrier-Jouet experience.

It costs £79 for two, and you get champagne, of course, accompanied by smoked salmon, caviar, salami, and Alpine platters of local delicacies. The cabin (No 15 as it happens) can take up to four people in comfort and you can stay in for as long as you like. Though after a few circuits you might feel like a bit of skiing. 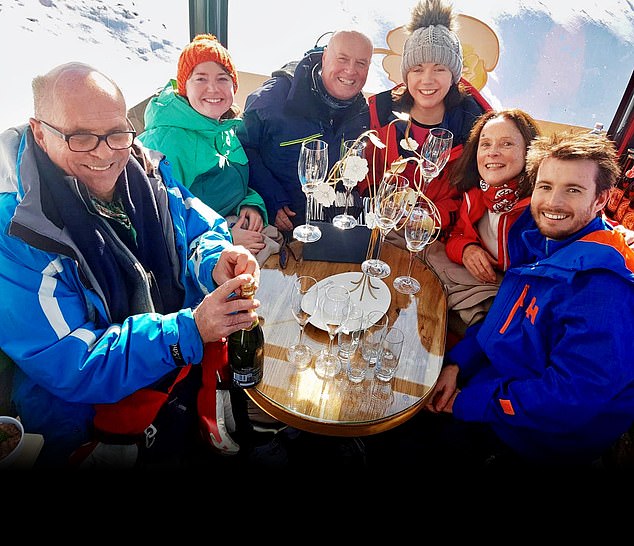 I was invited recently to enjoy this insane level of luxury and am pleased I did so after, rather than before, a rigorous few hours of piste-bashing. Veteran Gurglers know the area to have some of the best skiing in Europe. And the altitude means snow is more or less guaranteed until the end of April.

There might be a shortage of really challenging stuff, but for families and anyone who just wants to enjoy their skiing on wide, open pistes, the area is just right.

The two Gurgls are linked by the Top Express gondola, one of the longest in Europe, opening up more than 220 miles of skiing between the two.

There’s history here, too, very ancient history, as this is where Europe’s oldest human was unearthed (literally). It made big news in the Nineties with the discovery on the glacier of 5,300-year-old Otzi (named after the valley), a hunter frozen in time with an arrowhead in his shoulder after a farming feud perhaps or meeting mountain hoodlums. 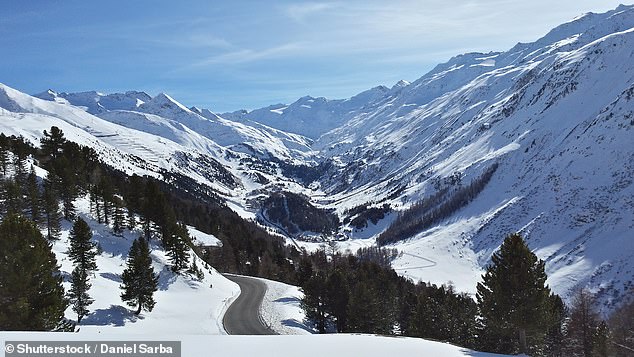 It’s not just a lift extravaganza at Top Mountain Crosspoint, it’s a superb high-end restaurant as well, and an architectural landmark, all in a vast and beautifully designed exhibition area to house the newly founded motorcycle museum. The museum, and everything around it, is the brainchild of engaging identical twins, Alban and Attila Scheiber, both keen motorcyclists and skiers, and owners of the lift company.

There’s not much that happens in Hochgurgl without the Scheiber brothers: the family also own the Top Hotel, where I stayed, which has two great restaurants and lavish spa. Their gondola ride with champers might not be for everyone, but it certainly makes getting to the top pretty unforgettable. And refreshing . . .

Related posts:
03/02/2019 Travel Comments Off on Inside Hochgurgl’s new £20 million state-of-the-art gondola experience
Recent Posts
We and our partners use cookies on this site to improve our service, perform analytics, personalize advertising, measure advertising performance, and remember website preferences.Ok