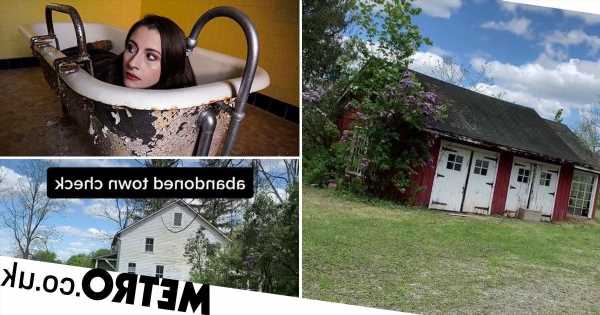 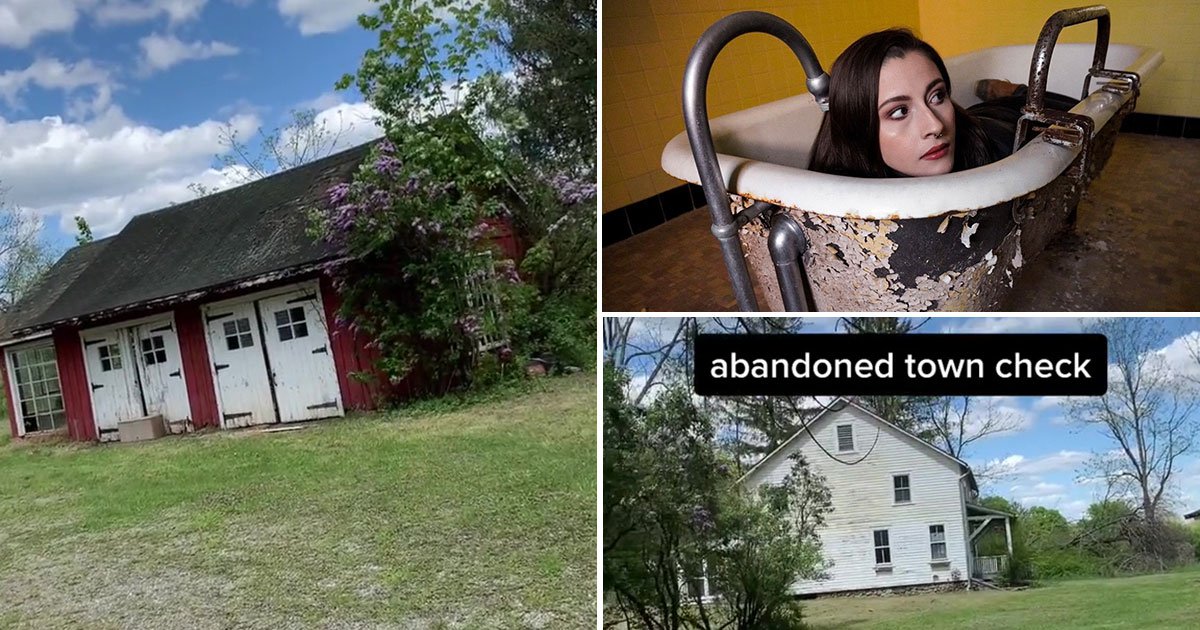 Fancy nosing around a ‘ghost town’, forgotten in time?

An urban explorer has allowed us to do just that.

Gabby, 24, from the US, visited the eerie town with her partner, Sonny, 25, but kept the location secret to prevent vandalism.

It is believed the town was vacated after plans to build a dam nearby were put in place. This was done in a bid to stop flood damage and supply clean water to the area.

However, residents became fearful when it was revealed that the dam would lead to a lake forming and many houses would sink underwater.

Eventually, people were evicted for their own safety but the dam was never built. This left the town in a state of disarray.

While there, one of Gabby’s discoveries involved a home filled with posters of gunmen and targets suggesting that the town had a visitor.

‘The most shocking thing we found, was when we made our way inside one of the abandoned homes,’ Gabby said.

‘We noticed multiple cardboard cutouts and posters of gunmen with targets on them, which indicated that police had been using the home for training.

‘Fake bullets and mini paintball markers were scattered across the floor, which had marked up the walls throughout the home.

‘It’s somewhat common for vacant properties to be used as active shooter or hostage training – but this was the first time I had stumbled across a setup like this.

‘The condition [of each home] varied throughout the town, but most of the buildings showed signs of decay.

‘Peeling paint [could be seen] on the exteriors, as well as dusty floors covered with debris.

‘One of the homes easily had hundreds of dead ladybugs inside and there were small amounts of graffiti throughout.

‘I was surprised that most of these homes hadn’t been torn down or damaged more considering they had been abandoned for such a significant amount of time.’

Gabby filmed the ghost town and shared the video on TikTok with her 1.6 million followers.

‘Okay but like were you with someone, I hope so… or else who is in the red house’s window,’ one viewer commented.

Gabby noted that while the town was creepy, there was also a sense of calm.

‘Exploring this abandoned town felt quite eerie, almost as if we had made our way onto The Walking Dead set,’ she added.

‘It felt so oddly silent, but also peaceful in a way.

‘We didn’t come across anyone else, with the exception of a few other explorers throughout the day, as we scoped out what had been left behind.

‘It was tough not to feel sad for all the families who were displaced from this community – especially considering that it was all for nothing in the end.’