But the answer to sleeping like a baby could rest in a room that resembles a womb. 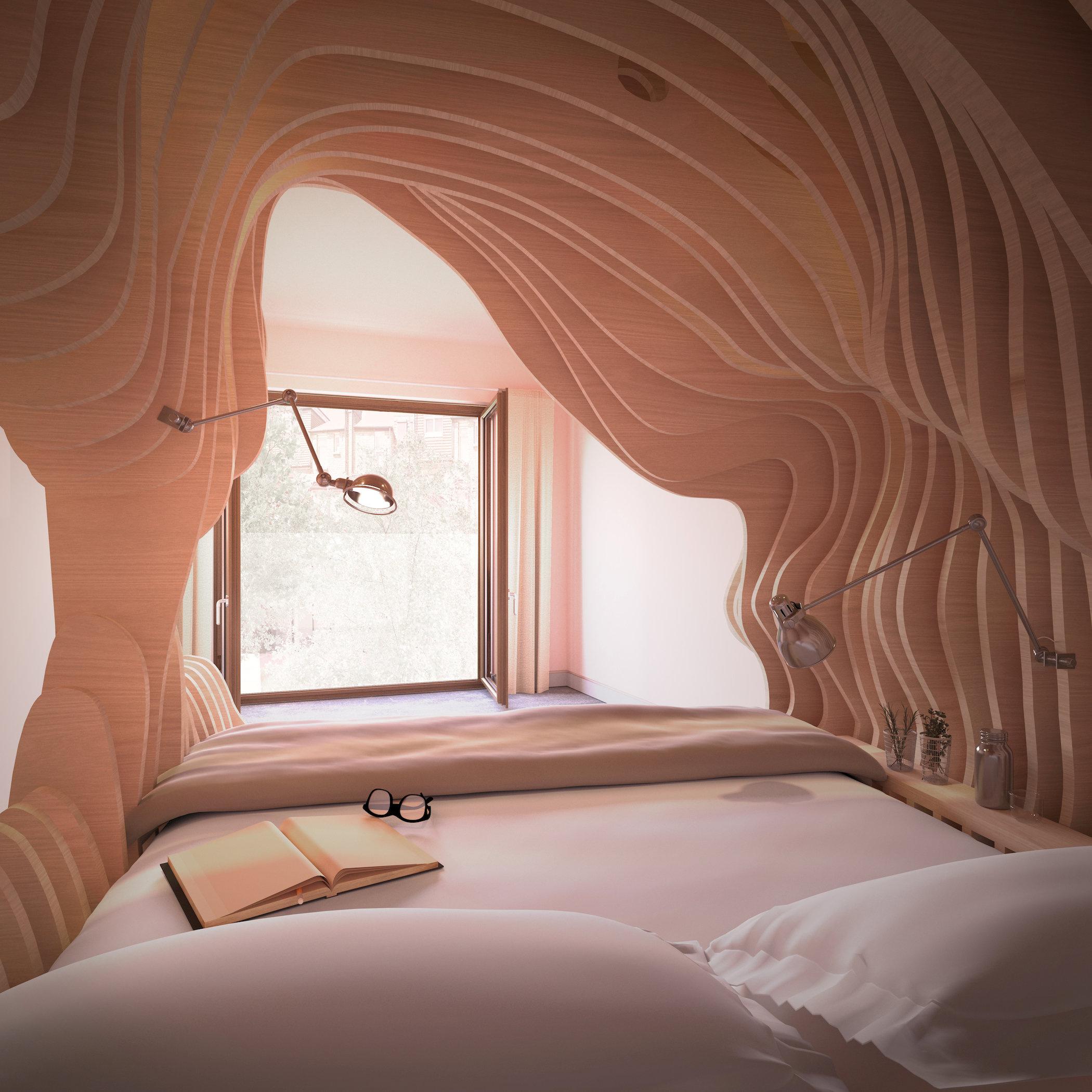 Hope Bastine, psychologist at sleep technology company Simba, said: "If you've ever noticed that you don't sleep as well in a hotel, you're not alone.

"Scientists recognised the 'first night effect' over a decade ago, where one half of the brain unconsciously acts as a 'night watchman' staying more alert when in unfamiliar surroundings."

To help travellers get a good night's sleep, Simba has collaborated with London-based Cuckooz, a serviced apartments company, to design a hotel room that resembles a womb.

The state-of-the-art design aims to help mute the brain's 'red alert' status it develops when sleeping in a new place. 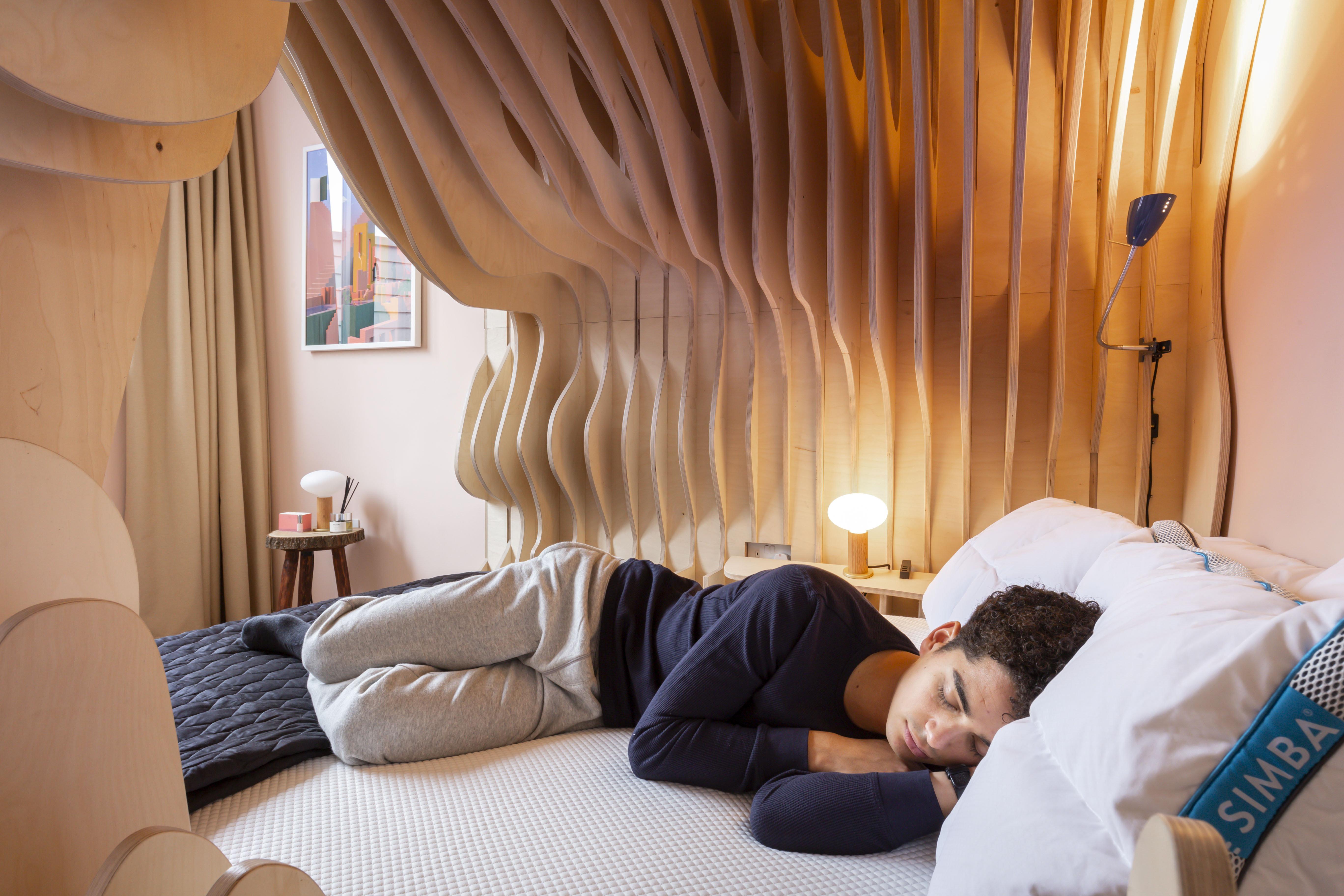 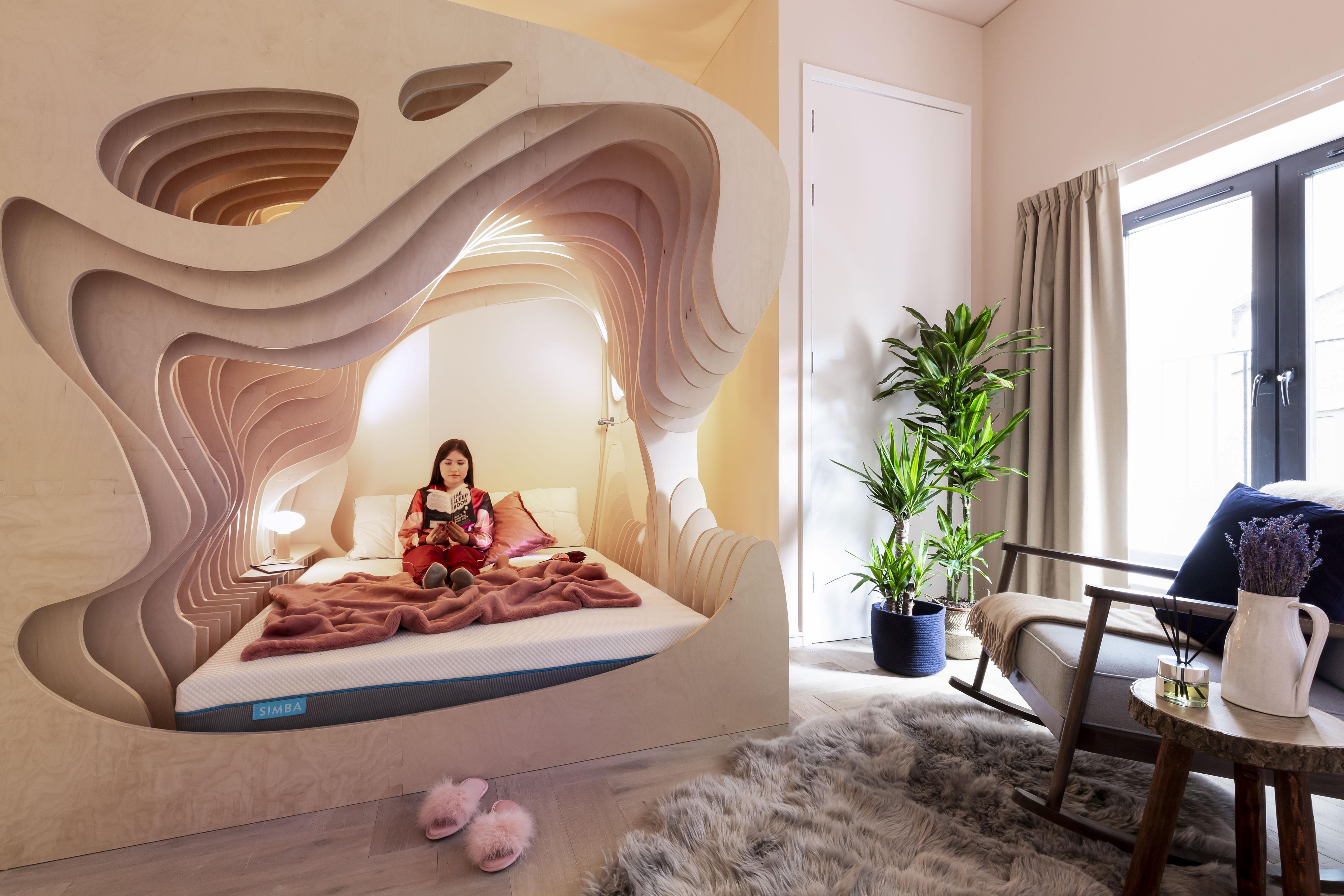 Aptly named 'woom', the bedrooms feature cocoon-like beds, inspired by the safety and snugness of the womb.

The inspiration arose because during the last weeks of pregnancy, a baby increases its consumption of REM sleep, hitting a lifetime high of 12 hours a day in the final week before birth.

There will be no other moment during a person's life when they will get such a huge volume of REM sleep.

The rest of the apartment also echoes the design in the bedroom.

The furniture's rounded edges and softened corners mimic the sensation of bed, while rocking chairs are on hand to lull you into a relaxed state of mind.

There are bespoke sleep recipe suggestions, rich in serotonin, melatonin and tryptophan, created in partnership with celebrity favourite, Detox Kitchen. 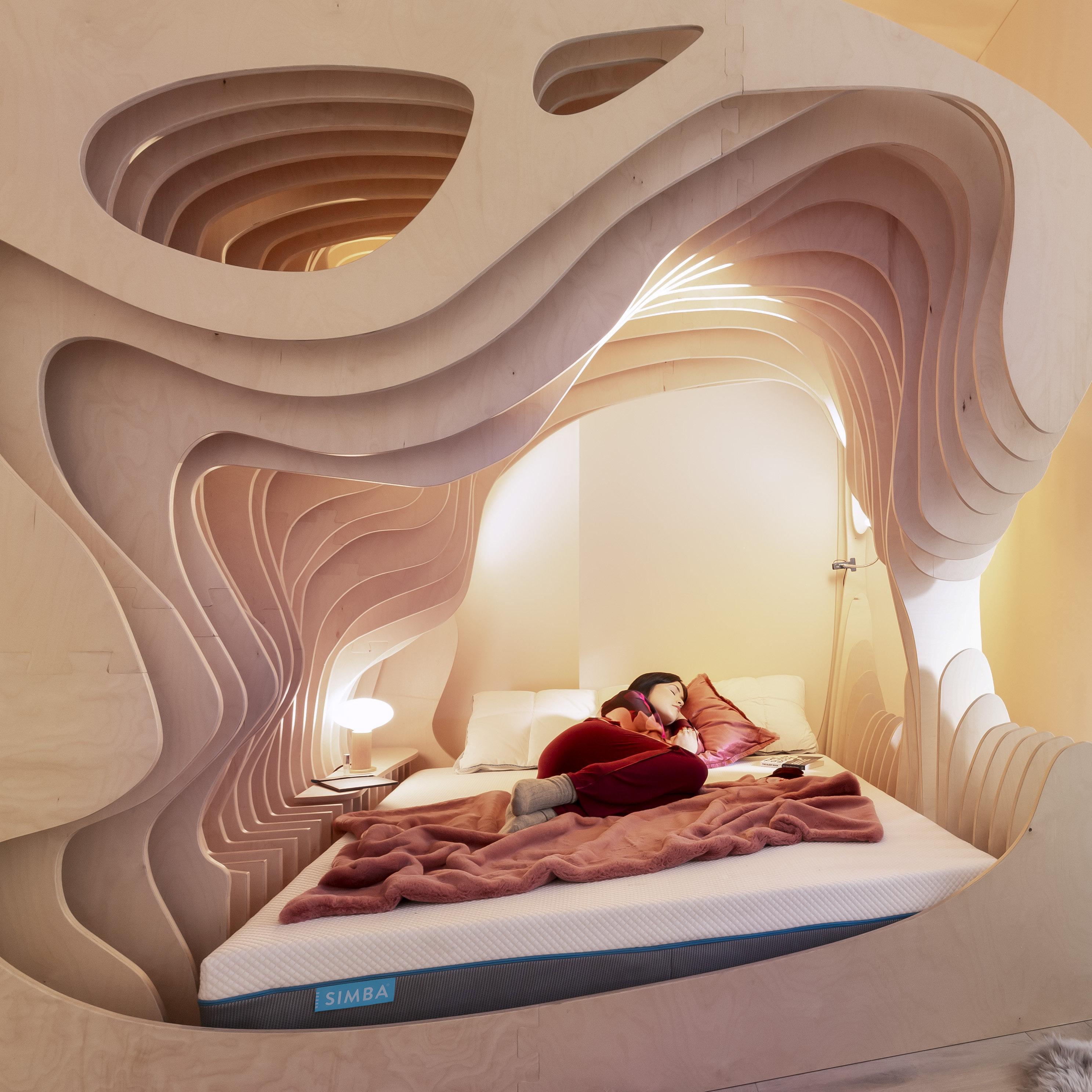 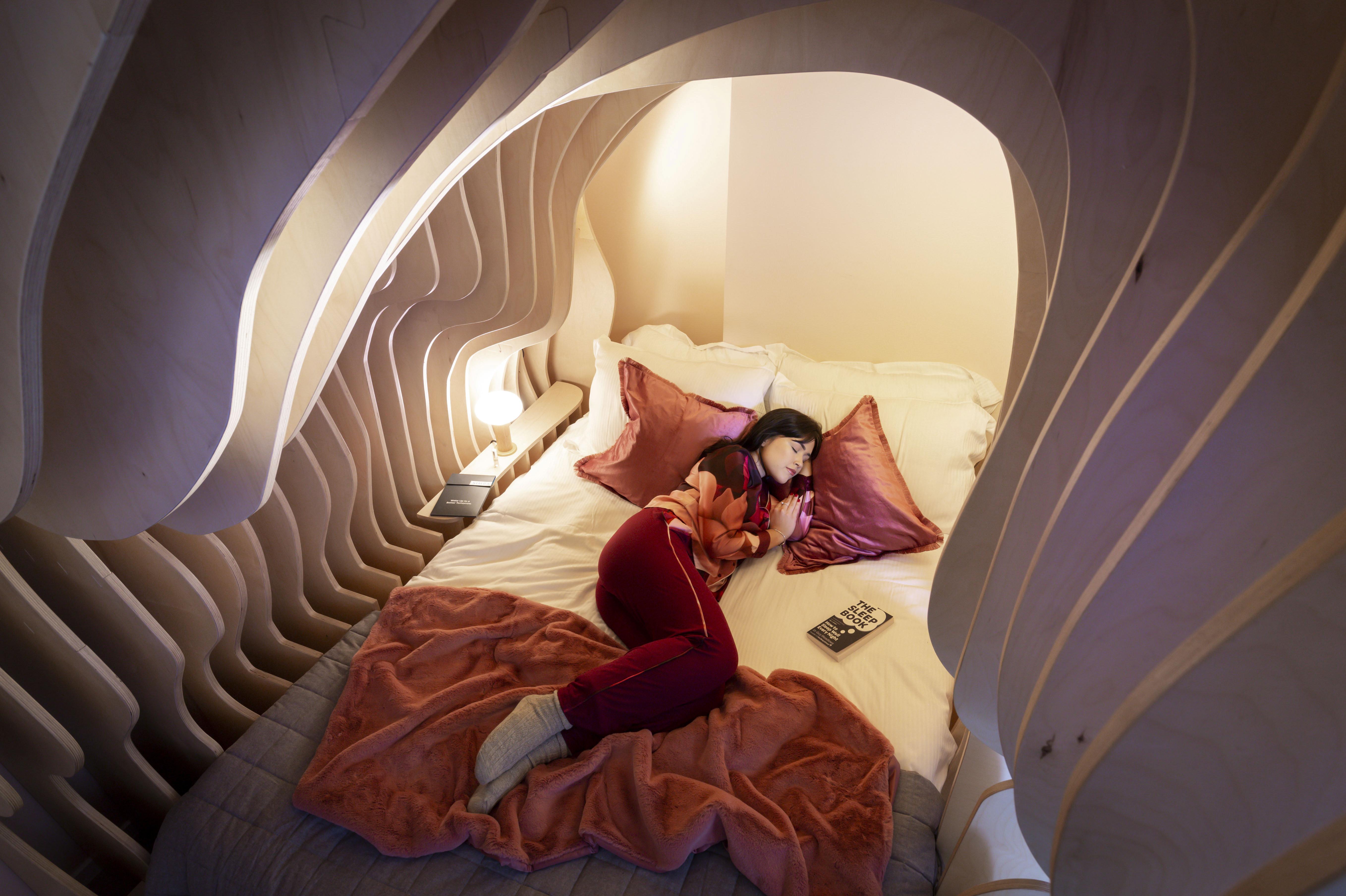 Each apartment comes with yoga mats and meditation sessions via the iPad's Calm app as well.

Currently, the rooms are only available at The Zed Rooms in London's Shoreditch, with rooms starting from £190 per night.

The woom isn't the only hotel room that focuses on your sleep.

Last year, Sun Online Travel revealed how The Savoy hotel in London had some of the most comfortable beds around.

Stuffed with hair from Mongolian yaks, the beds are said to “transcend all levels of comfort currently available.”

While enticing, a night in the Royal Suite, which features the bed, will set you back £1,400.

Related posts:
12/10/2018 Travel Comments Off on Hotel room resembling a WOMB could help you sleep better in unfamiliar surroundings, says expert
Recent Posts
We and our partners use cookies on this site to improve our service, perform analytics, personalize advertising, measure advertising performance, and remember website preferences.Ok