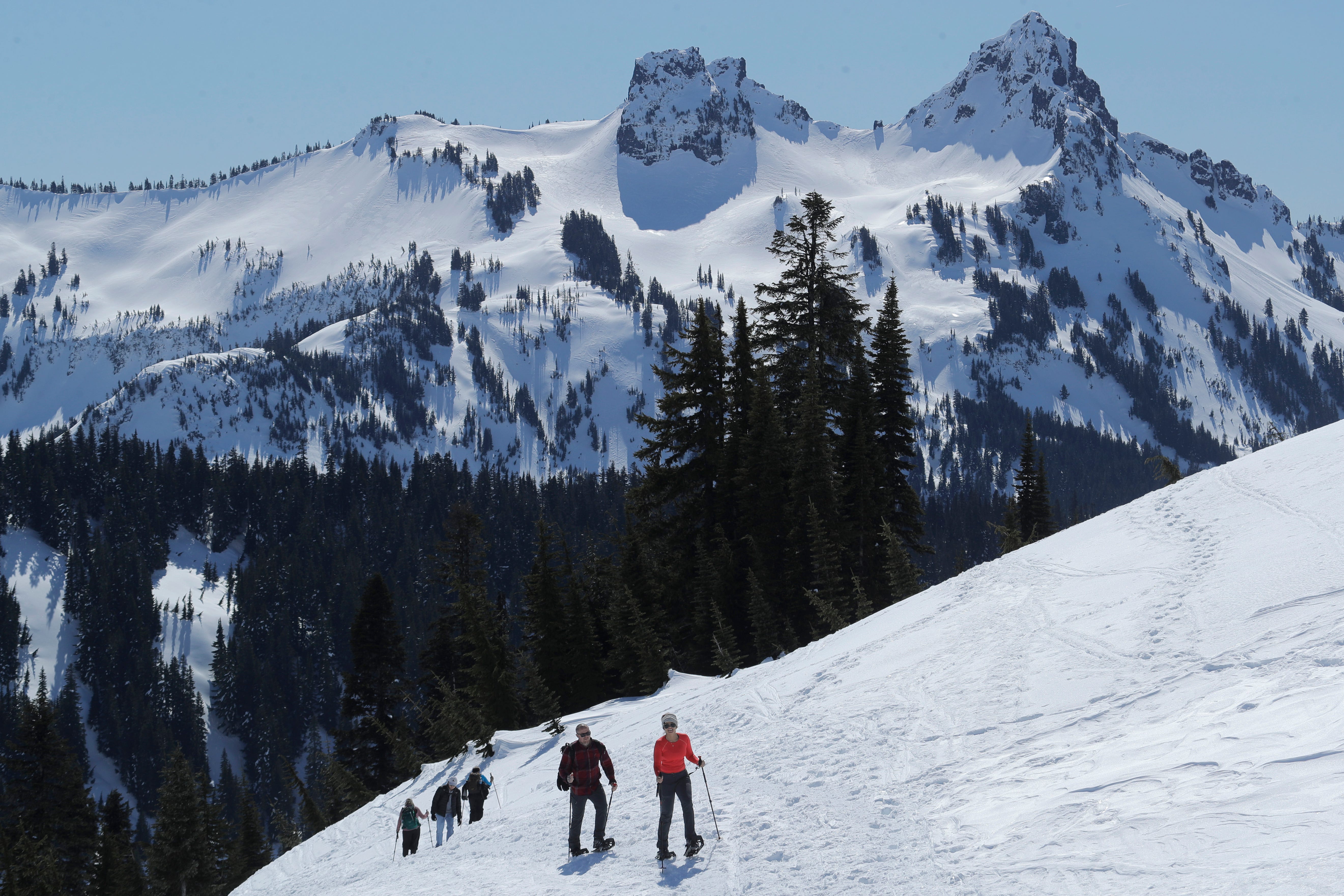 The body of a hiker who fell through a snow bridge at Paradise in Mount Rainier National Park has been recovered, according to officials. (Photo: Ted S. Warren, AP)

MOUNT RAINIER NATIONAL PARK, Wash. — The body of a hiker who fell through a snow bridge at Paradise in Mount Rainier National Park has been recovered, according to officials.

The hiker’s body was found on Wednesday at the bottom of a steep drainage under 8-10 feet of snow, according to Mount Rainier National Park spokesperson Kevin Bacher.

Rangers initially received the report of someone who had fallen through the snow from a hiking companion who called 911 at 4:22 p.m. Tuesday, Bacher said.

A team responded and was able to tentatively spot an unresponsive person 60 feet (49 meters) downslope. However, the terrain was too hazardous to safely conduct a recovery in the dark, he said.

Hiking during the coronavirus pandemic?: Here’s how to stay safe on the trails.

Thirteen Mountain Rescue Association volunteers and three National Park Service rangers Wednesday began digging a trench at the base of the slope. A ranger descended into the trench around 12:30 p.m. and recovered the body from the base of a waterfall fed by snowmelt.

Water flowing underneath melting snow is one of the greatest dangers that hikers face in the Cascade Mountains this time of year, he said. Water can carve and melt large voids, which may invisible from the surface.

The hiker’s name is being withheld until family members are notified, he said.