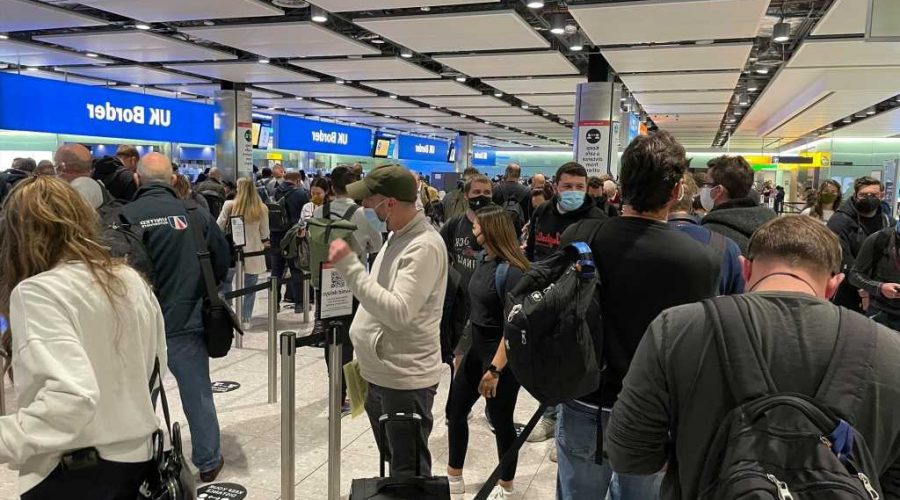 HEATHROW will separate out travellers from red list countries like India after chaotic scenes in which they were made to mix in long queues with arrivals from safer destinations.

Britain's biggest airport has announced it'll reopen Terminal 3 from the start of next month and use it exclusively to process those people coming from the most high risk places. 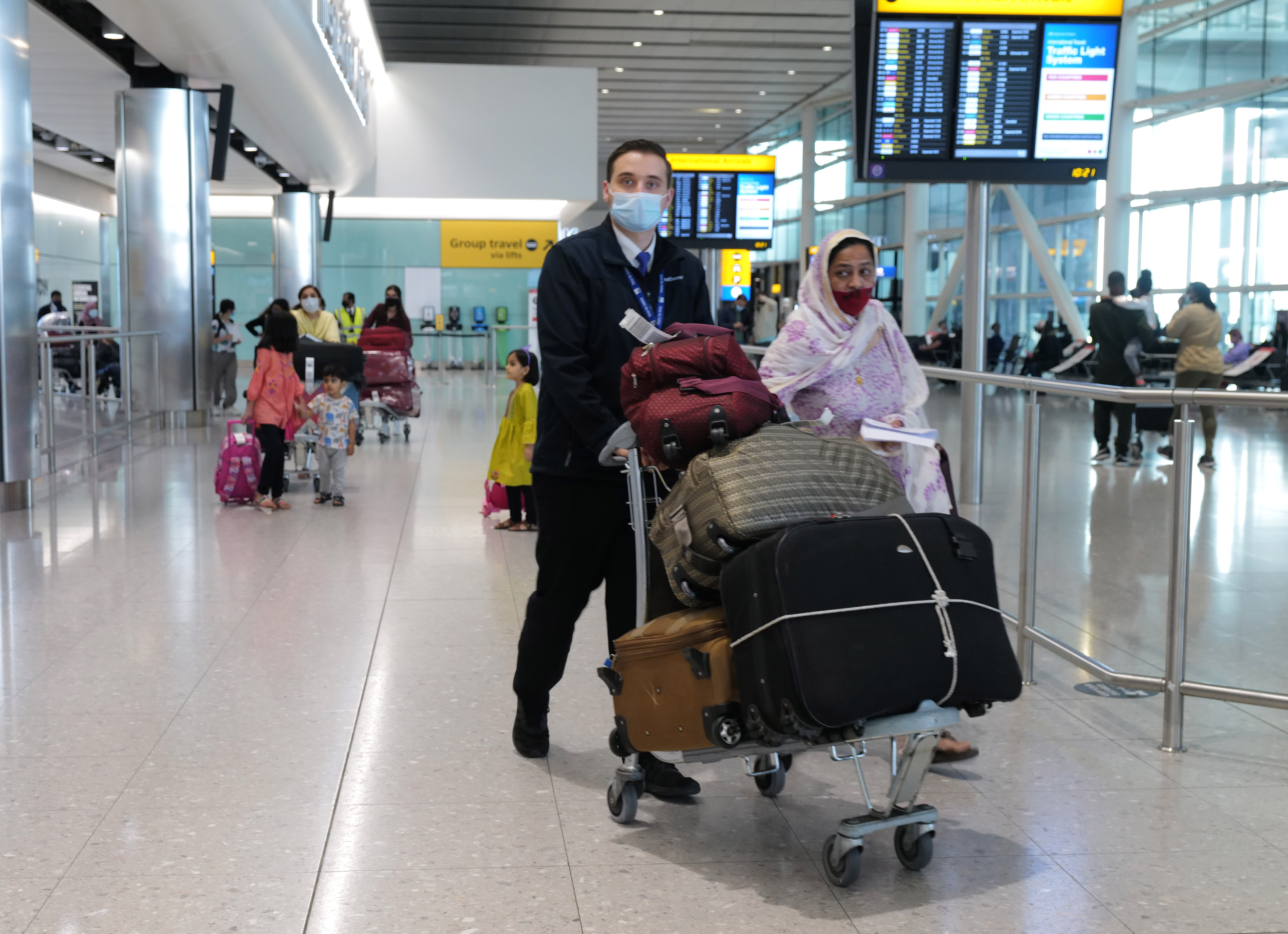 Bosses say they'll then switch the facility to Terminal 4 "as soon as operationally possible" but have warned the changes are going to be "logistically very challenging".

But that means passengers from countries with dangerous variants of the virus will still be mixing with holidaymakers returning from green destinations like Portugal for another 10 days.

In a statement Heathrow said: "Red list routes will likely be a feature of UK travel for the foreseeable future as countries vaccinate their populations at different rates.

"We will move this facility to Terminal 4 as soon as operationally possible.

"While opening this facility will be logistically very challenging, our hope is that it will enable Border Force to carry out its duties more efficiently as passenger volumes increase in line with the green list.

"Until then, the current red list system will remain in place.

"This system has been designed by the Government and has several layers of protection to keep passengers and colleagues safe – including mandatory negative COVID tests for all international arrivals, mandatory use of face coverings, social distancing, segregation and enhanced cleaning regimes and ventilation in immigration halls."

The move comes after passengers were left furious at having to mix with arrivals from red list nations.

The decision to close terminals at Heathrow and Gatwick airports in London has caused a "super-spreader" bottleneck. 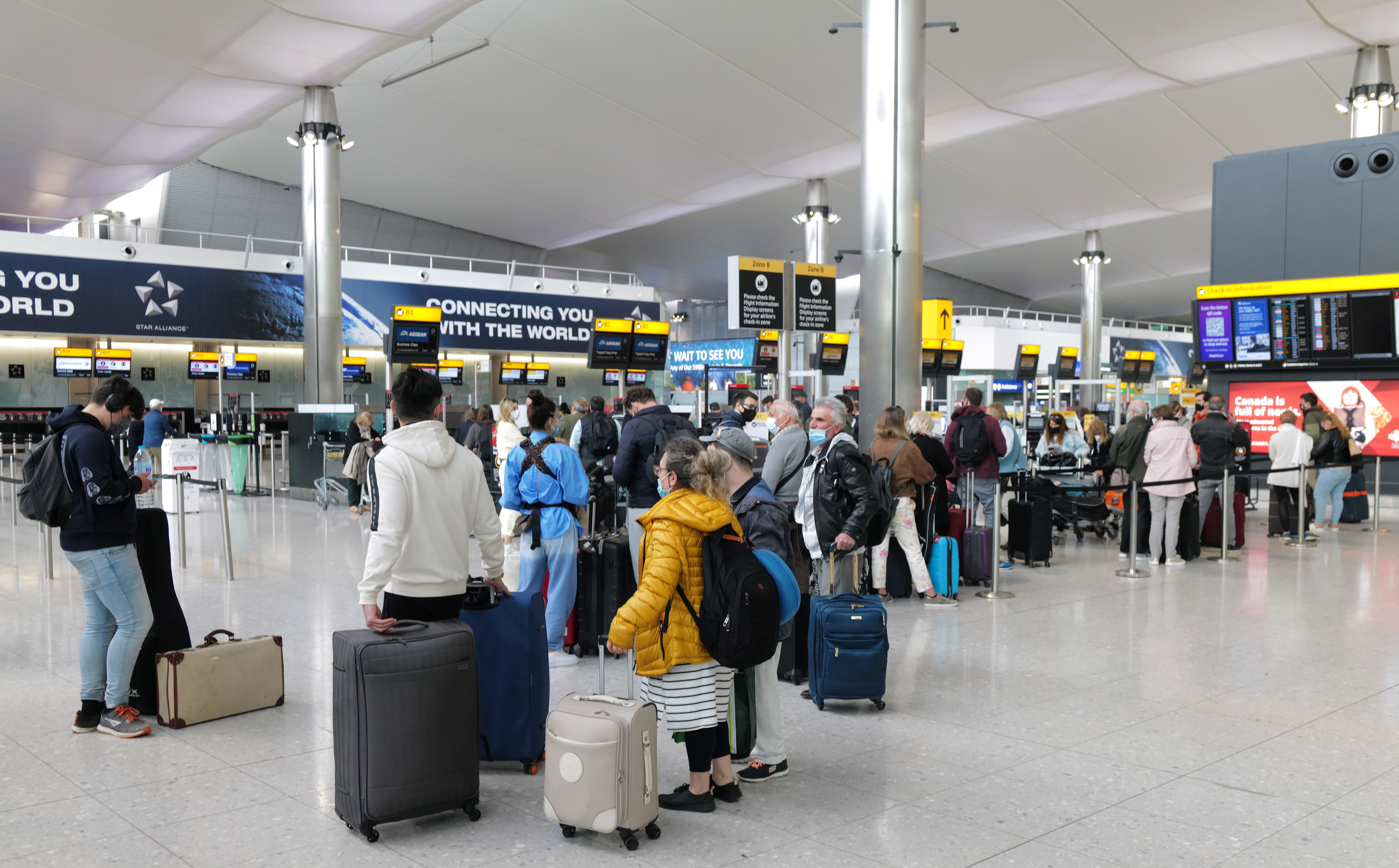 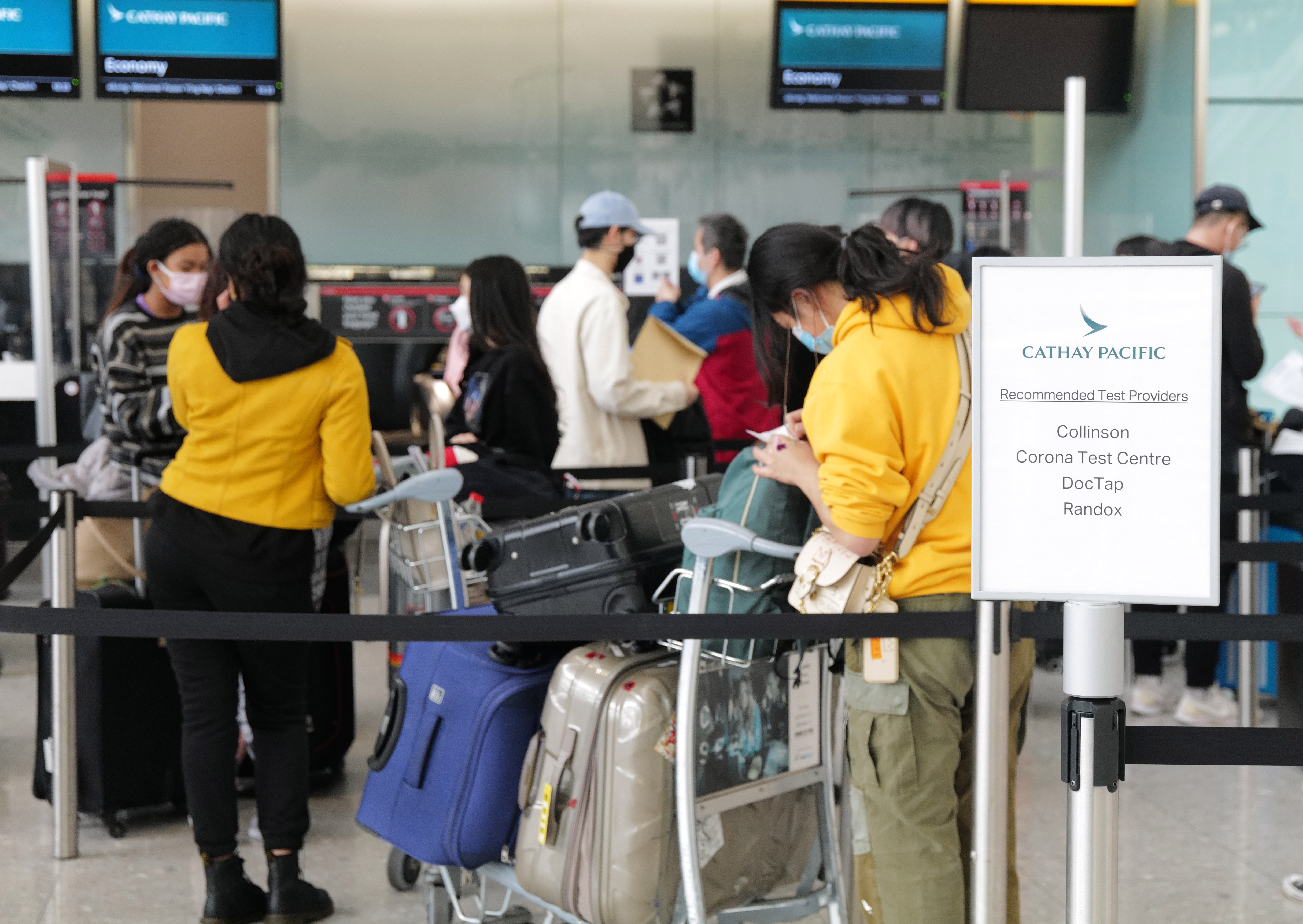 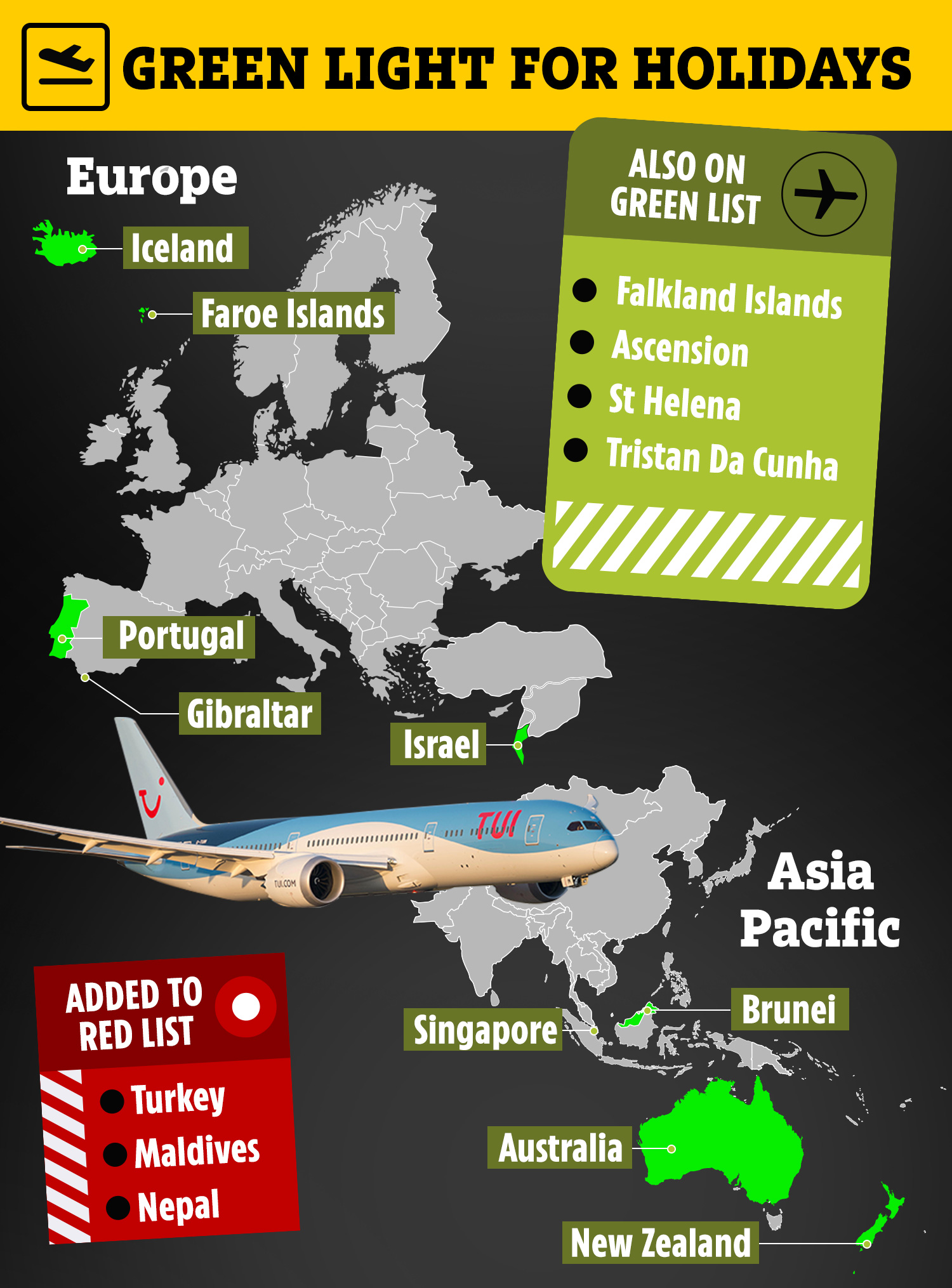 Heathrow closed Terminals 3 and 4 to try and save money during the Covid pandemic.

The closures mean all arrivals into the airport are now being piled into the same lines at Terminals 2 and 5.

Insiders reportedly said there were considerations to open another terminal but it was found to be "economically not viable".

As a result, red, amber and green list passengers have all mixed together, with airport staff reportedly "struggling" to cope.

Gatwick has closed its South Terminal, adding to congestion issues at the airport as travel increases.

Flights from India are still landing in the UK despite the country being put on the red list for travel.

More than 110 planes departing from cities including Mumbai and Delhi have landed in Britain.

Some seven per cent of passengers who arrived from India between April 22 and May 5 – or 4,258 people in total – were infectious, according to data from NHS England.

The country recently saw a horrifying rise in coronavirus cases due to the new highly transmissible variant.

Each was a 787 Dreamliner with capacity for 248 passengers.

Travellers facing two-hour queues on arrival in the UK earlier this week blasted airports as a "petri dish for Covid".

Sun-starved Brits flocked to airports to head to Portugal as travel restrictions lifted.

Long queues formed at Heathrow and Gatwick Airport from 6am as airports prepared for their busiest day of the year so far.

It comes after an airport chief warned Border Force problems meant passengers face "chaos" and "unacceptable" queues when returning to the UK.

One dad, who arrived at Heathrow from New York, tweeted: "Been told to join the 1hr+ queue and also that the fast tracking of families with young children is on hold.

"Asked to go and sit somewhere while one parent queues up we’ve been directed to sit with a family who have just arrived from a Red List country."

Less than 10 of the 35 Border Force desks were manned, but more staff were due to clock on at 7.30am, he added.

The spokesman said: "We have raised your concern with our colleagues at Border Force whose responsibility it is to ensure that passengers within the red-listed queue remain separate from other passengers."

When passengers notice an empty desk it can be because Border Force officers are having to deal with passengers who have not completed the forms correctly or who require further checks.

A Government spokesman said: “Protecting public health is our priority and as we reopen international travel safely we will maintain 100% health checks at the border to protect the wider public and our vaccine rollout.

“While we do this, wait times are likely to be longer and we will do all we can to smooth the process, including the roll-out of our e-Gate upgrade programme during the summer and deploying additional Border Force officers.

“Arrangements for queues and the management of returning passengers are the responsibility of the relevant airport, which we expect to be done in a COVID-secure way.”

Travellers arriving from red-list countries must pay £1,750 to stay 11 nights in a quarantine hotel. 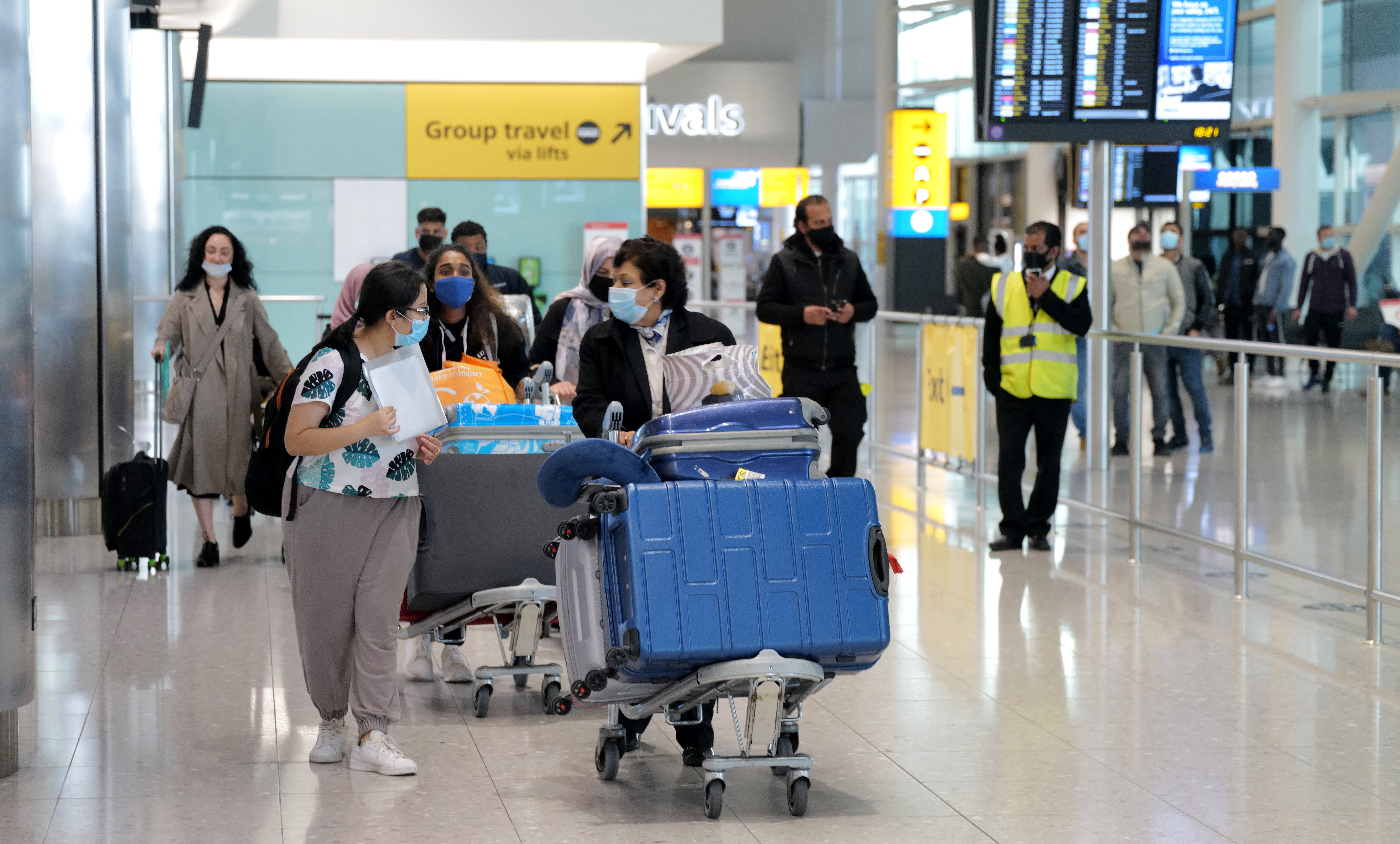 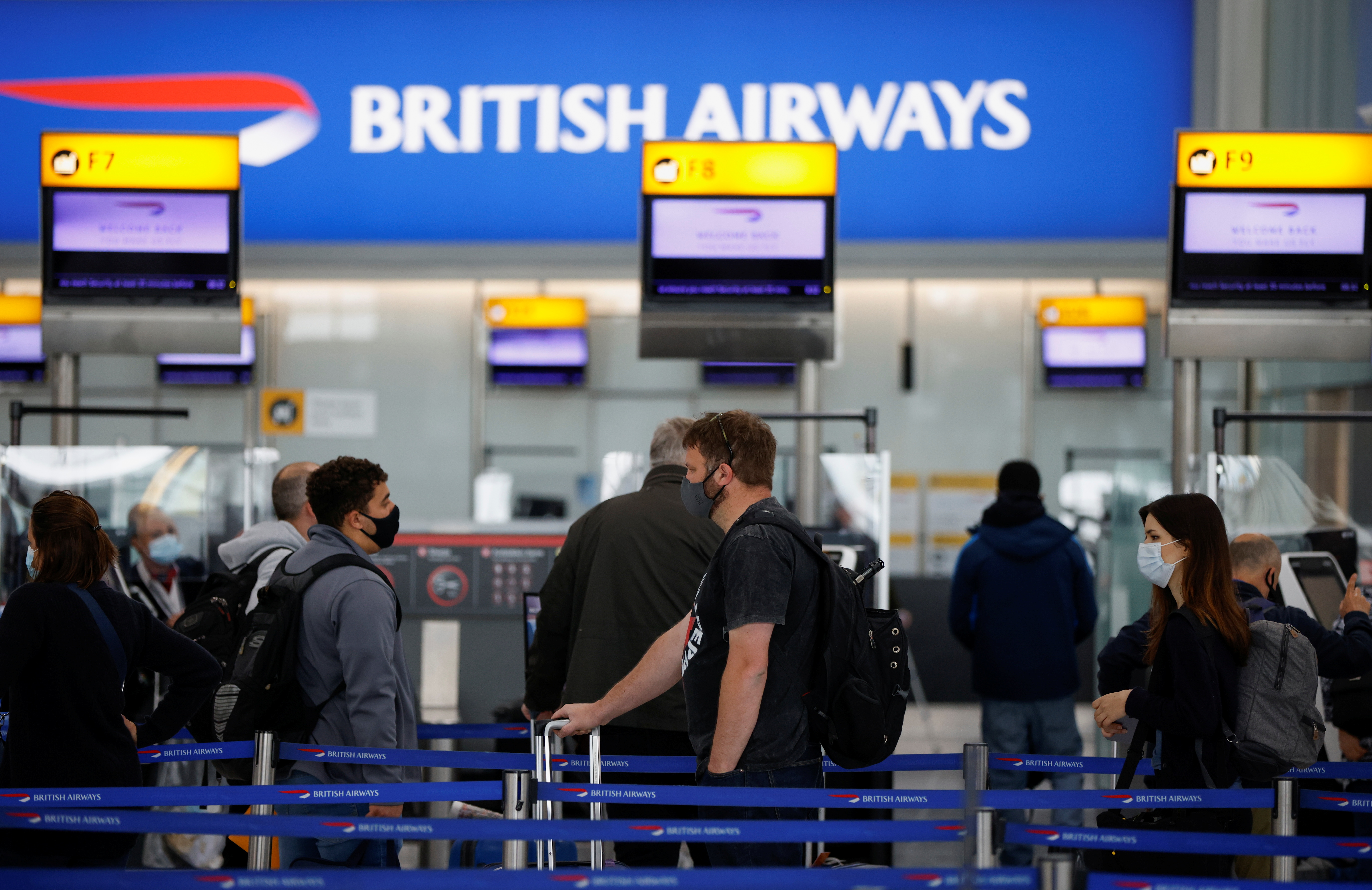 Another traveller arriving from Vienna after a business trip posted a photo showing long queues at the UK border gates.

He tweeted: "The way we are being made to queue l can’t help but feel we are in a bit of a Petri dish for mutations.

"Surely they can make this more efficient."

Holidays abroad are no longer illegal.

Valerie Fogarty said she booked a flight as soon as Boris announced the roadmap.

She told The Sun: “It’s been a terrible year and I booked it as soon as it was announced.

“It’s given me something to look forward to, especially with the miserable weather.

“The Covid tests are expensive but I understand why it’s necessary.”

Retired couple Keith and Janice Tomsett, aged 72 and 71, from West Chiltington in West Sussex, said they were "looking forward to" their break to the Portuguese island of Madeira. 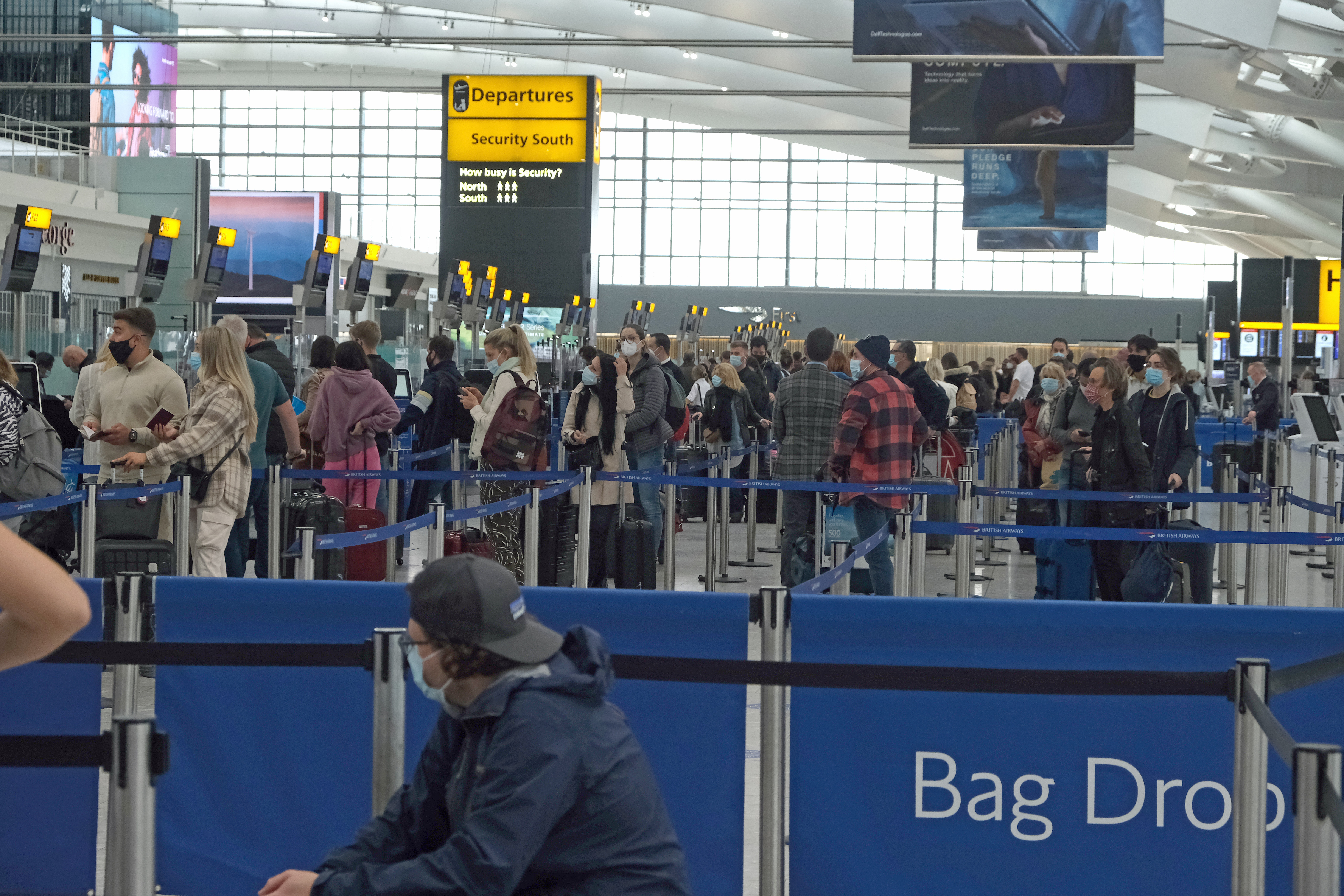 As they prepared to board their flight at Gatwick Airport, Mr Tomsett said: "We've gone through all the hoops, PCR testing […] after 15 months of being locked up this is unbelievably good."

He joked: "It was even worth getting up at 3 o'clock this morning".

Baroness McGregor-Smith, who chairs the UK’s Airport Operators Association, said Border Force desks were unstaffed due to "government choices" that were leading to six-hour queues at airports.

She blasted Downing Street for “failure to manage the border properly” and not digitising Covid document checks to speed-up travel.

Heathrow's CEO admitted this morning there had been queues of up to six hours, but said they were "unusual".

John Holland-Kaye told GMB: "I have been assured by Border Force that they have now put process in place, the automation, the extra staff, to make sure that won't happen and we can get people through the border quickly without having to queue."

He assured travellers that automated manual checks done in advance can now be checked at gates as of last week and were "working very effectively".

Around 3,000 sun-seeking Brits a day are due to jet to Portugal after the country was placed on the Government's Covid safe destination green list.

Of the 12 countries on the list, just four are open to the UK, which also includes Gibraltar.

Australia and New Zealand’s borders remain closed to Brits along with Singapore. The Faroe Islands, Falkland Islands and Brunei, also green listed, require quarantines on arrivals between 10 to 14 days.

On their return to England, those visiting green-list countries will only need a negative Covid test before returning to the UK, and one on day two – no quarantine is required.