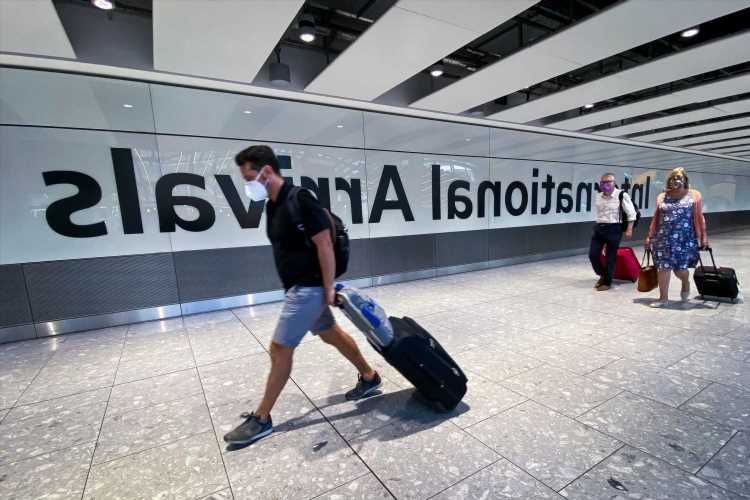 Travellers arriving from red list countries on direct flights will now be taken to Terminal 3. 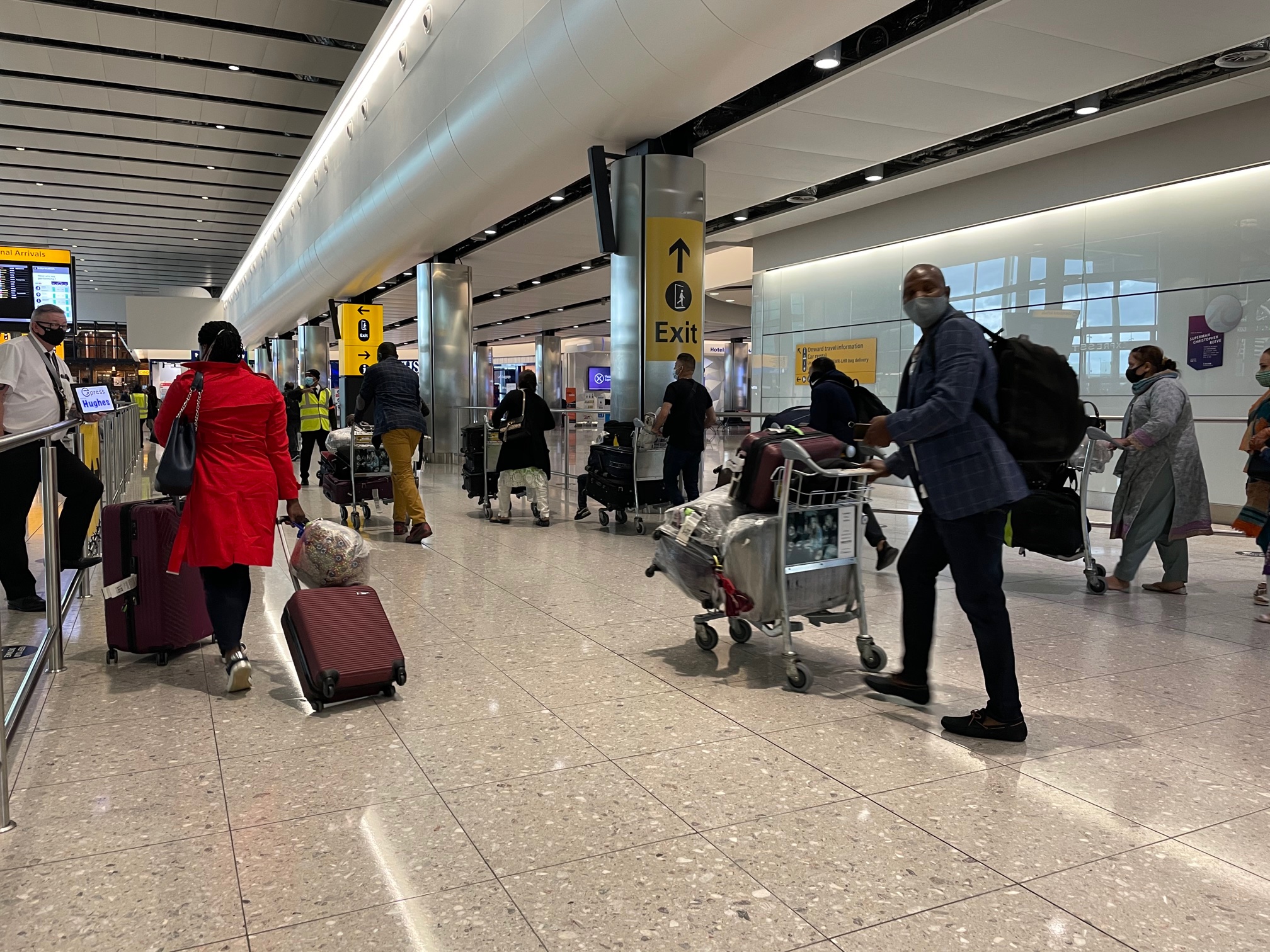 The red list currently consists of 43 nations from which arrivals are deemed to present a high risk of importing coronavirus, which include Turkey, the Maldives and the UAE.

Despite the new plans, passengers travelling to the UK on connecting flights from red list locations will continue to transit through the airport alongside those from green and amber countries.

This means only direct arrivals will go through Terminal 3.

The decision to separate arrivals on direct flights from red list destinations was welcomed by the GMB union, which had previously warned that "bottlenecks" are putting passengers and staff at risk.

Heathrow insisted there were "several layers of protection to keep passengers and colleagues safe", such as mandatory testing for all arrivals, segregation and ventilation.

It is the first time Terminal 3 has been used since April 2020, when it was closed to save costs amid the collapse in demand for travel. 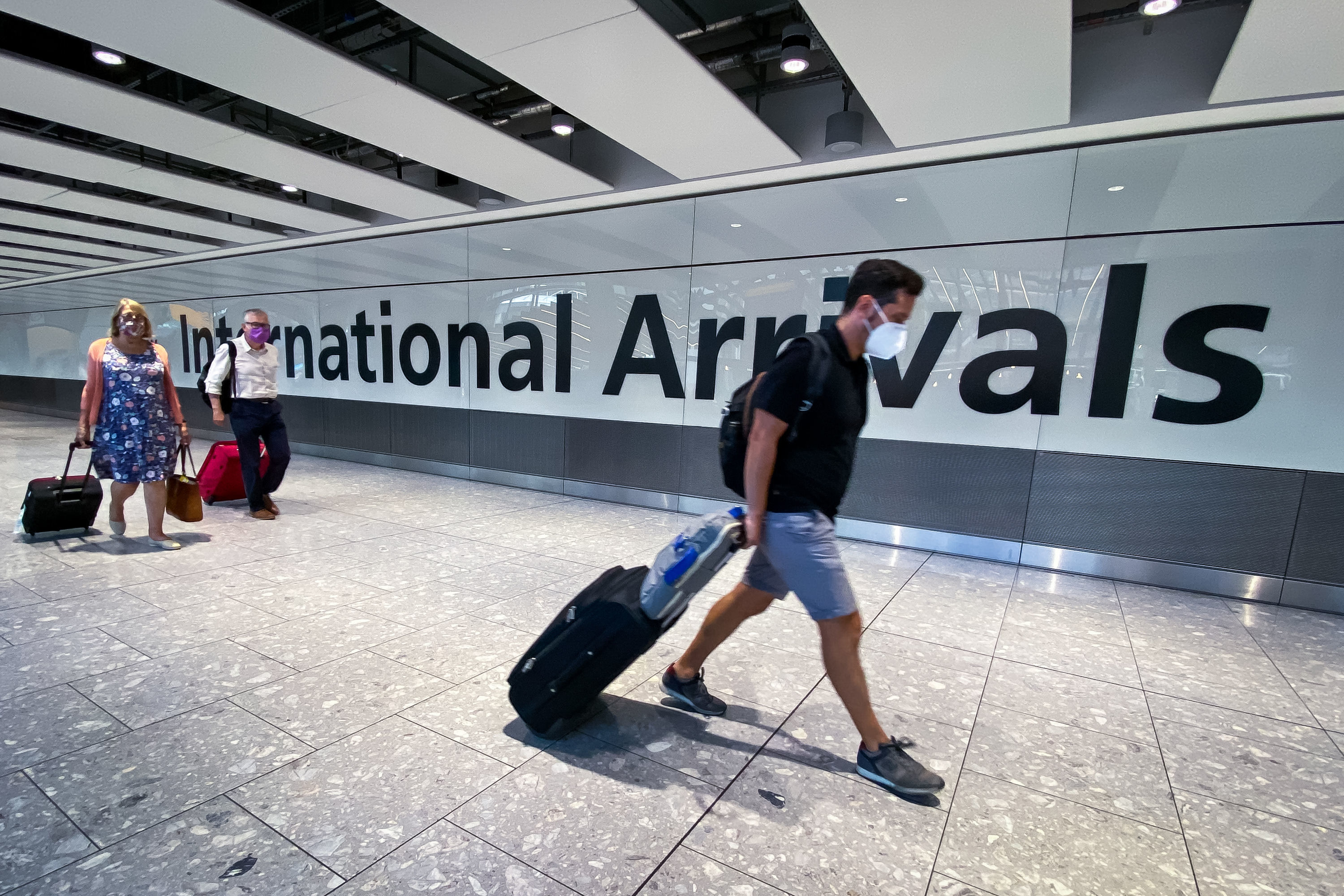 Heathrow plans to move its new facility for processing red list arrivals to Terminal 4 "as soon as operationally possible".

Passengers arriving in the UK after being in one of those destinations during the previous 10 days must spend 11 nights in a quarantine hotel, costing £1,750 for solo travellers.

Brits planning a holiday abroad this year have already been warned of 10-hour queues.

Border Forces have warned there is "no way around delays" as they face checks on Covid tests, vaccine certificates and documents on every passenger.

Lucy Moreton from the ISU told I News: "We saw delays for seven or eight hours last summer, and with all the additional checks then we could see people waiting as long as 10 hours.

"'There's no way around the delays at the border because Border Force officers will have to check the Covid status of all arrivals and that takes around 15 minutes per person.

"So, people from all over the world will be mixing inside for a long time."

Meanwhile, Robert Boyle, former director of strategy at British Airways' parent company IAG, has predicted that Bahrain, Costa Rica, Trinidad and Tobago, and Kuwait will be added to the red list "shortly" due to rising infection rates.

Heathrow boss John Holland-Kaye has warned that holidays to green list countries will go up in price unless the government announce it ahead of the school summer months.

He said: "If they leave it until the end of June, it is too late. Not only will people have had to make other decisions but the airlines will have cut capacity so prices will be high and availability will be low."

Mr Holland-Kaye also warned that France and other European rivals would capitalise on opening vital air and trade routes to the US before the UK if the government did not put the US on the green list next week.

"The EU is opening up already to the US. We risk being left behind," he said.