In Guadalest, arguably one of Spain’s prettiest villages, it’s hard not to chill out. 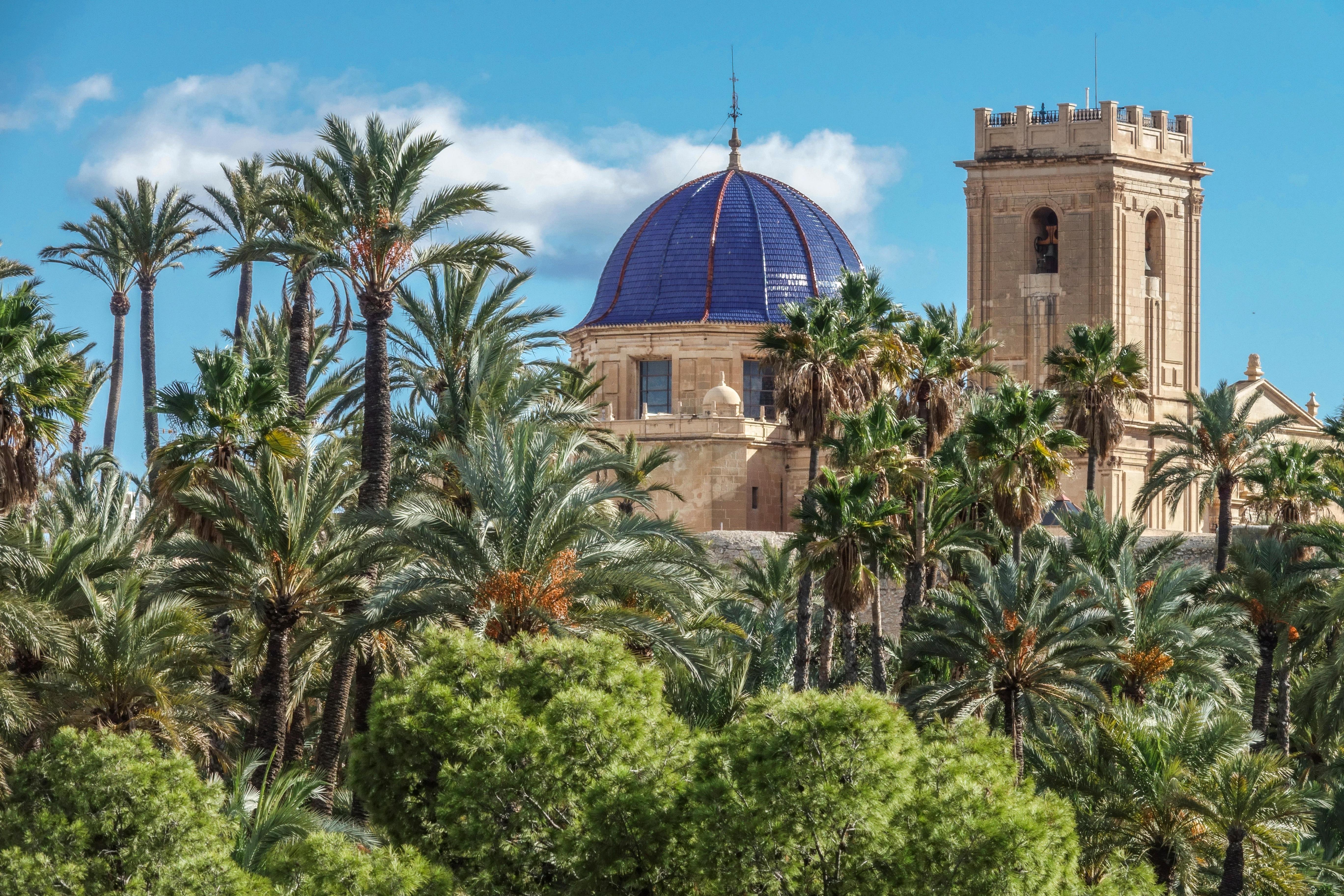 It’s also hard to believe you’re only 20 minutes from the bright lights of Benidorm.

Thousands of tourists follow the winding road to Guadalest every year, making it one of the most popular day trips on the Costa Blanca.

Although only 200 people actually live in the village, the tour groups make it feel far busier. But you can find pockets of calm if you know where to look — try climbing the steps to the top of the castle, or bagging a prime spot on the wall overlooking the reservoir.

My Spanish adventure was all about escaping the crowds. After flying in to Alicante with Ryanair, I headed in the opposite direction to the expats and the other Brits looking for beaches and bars where you can get a full English. 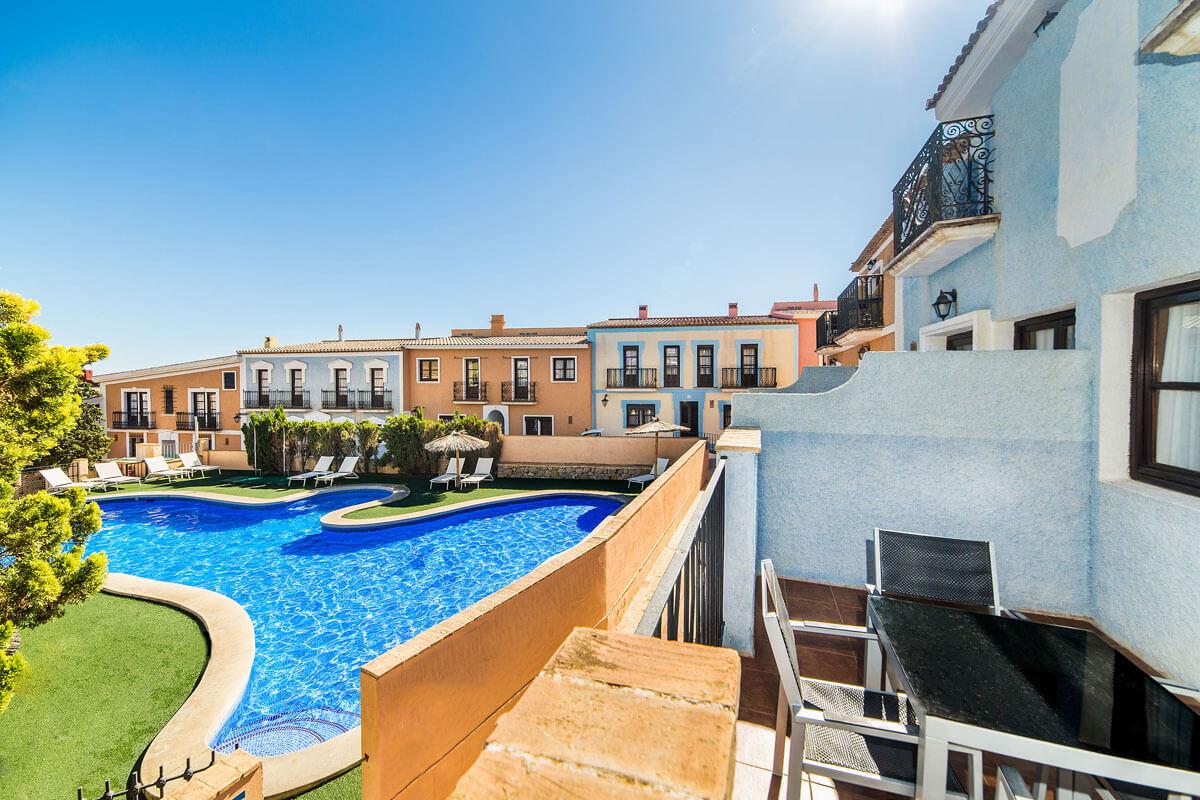 Within minutes of checking in to Pueblo Acantilado Suites, around half an hour from the airport, I was sitting on my balcony in perfect peace, admiring unspoilt views across the Med.

The gated resort has been built to resemble a traditional Spanish town. From the cobbled streets to the colourfully painted houses and wooden bridges, the attention to detail was quite something.

My two-bedroom apartment was perfectly placed to make the most of everything on offer, from several restaurants to the outdoor pool and bar areas. There was even a spa, as well as a small supermarket and coffee shop.

GETTING/STAYING THERE: Ryanair flights from London Gatwick to Alicante start from £16.99 each way for travel until the end of February 2019 (ryanair.com).

A stay at the Pueblo Acantilado Suites starts from 75 euro (£66.80) per night, based on two adults sharing – puebloacantilado.com.

I wanted to explore the alternative Costa Blanca and didn’t have to travel more than an hour from the resort to find sun, culture and some of Spain’s best-kept secrets.

Elche, shaded by more than 200,000 palm trees, is certainly one of them. Indeed, the town’s impressive palmeral, or date palm grove, is a Unesco World Heritage Site and thrillseekers can take a zipline right through the middle.

A three-mile self-guided walking tour shows you where to spot the quirkiest trees in town, such as the Imperial Palm, which has seven branches sprouting from a single trunk, and the Cobra, which has grown along the ground.

The Els Capellans restaurant at the Huerto del Cura hotel is a great place to refuel after exploring Elche. Its 50 euro (£44.50) five-course Gastronomic Menu is spectacular, and the seats are literally armchairs — perfect for collapsing into after a big feed.

Another great place to explore is Villena, with its recently-restored castle and great wine tours, courtesy of Las Virtudes Bodega. 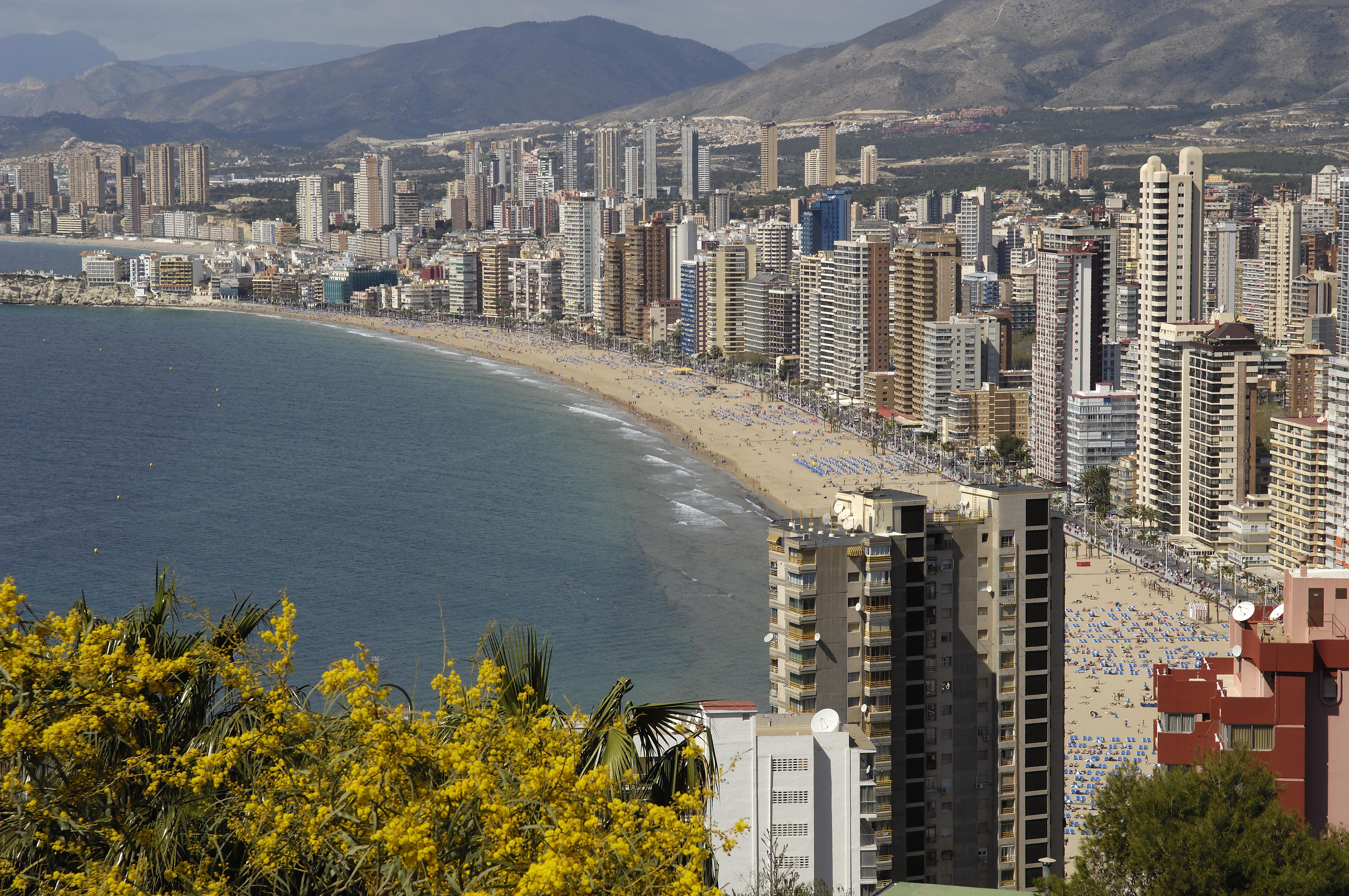 For just ten euro (£8.90) you can taste some fantastic reds made in concrete tanks underground and tour the winery, which has been run, since the Sixties, as a co-operative.

Director Alfonso, who also produces olive oil, told me he has more than 200 locals on his books who share their home-grown produce, whether they have acres of land or just a couple of olive trees.

Bottles start at around two euro (£1.78) but don’t leave without trying the 17 per cent Fondillon, which is more like a port.

Villena is the kind of town that comes alive at night. The wonderful La Teja Azul restaurant, which means “blue tile” in English, is well worth a visit for experimental food, such as salads in G&T sauce — and yes, the food is literally served on tiles.

Benidorm is the place for nightlife but in my quest for peace and tranquillity, I only saw it by day. Head to Serra Gelada Nature Park to get an idea of how the city has grown from a quaint fishing village into the thriving metropolis it is today.

It’s also a great place for birdwatching, if that is your thing. Interestingly, after New York, Benidorm has — per head — the highest number of skyscrapers in the world, which makes for a spectacular skyline.

The city has two main beaches, Levante and Poniente. Although it means going a bit further out of town, you’ll probably find a lot more space for your beach towel at the latter, which is in a far more residential area.

Travellers with children are made to feel very welcome too. Every restaurant I ate in had at least three generations sat around a table and a number of bars have soft play areas so parents can socialise without having to get a babysitter.

Whether you’re young or old, ready to party or relax, the Costa Blanca has something for you.