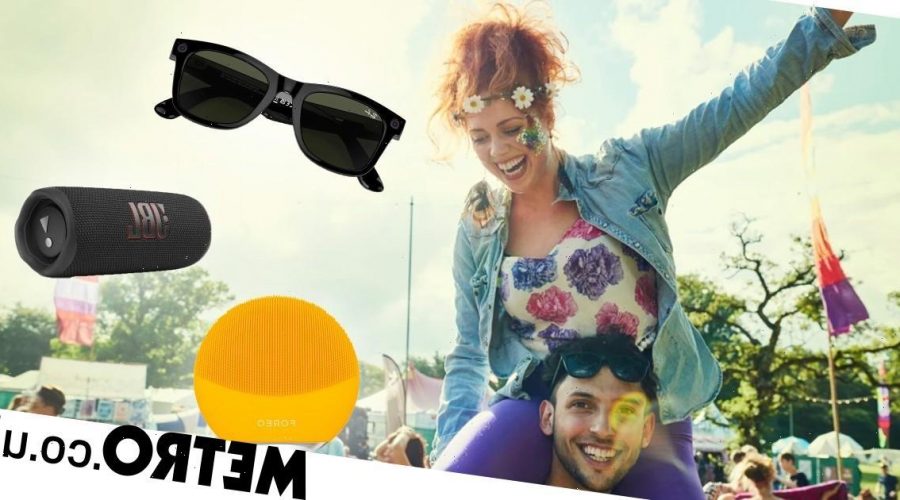 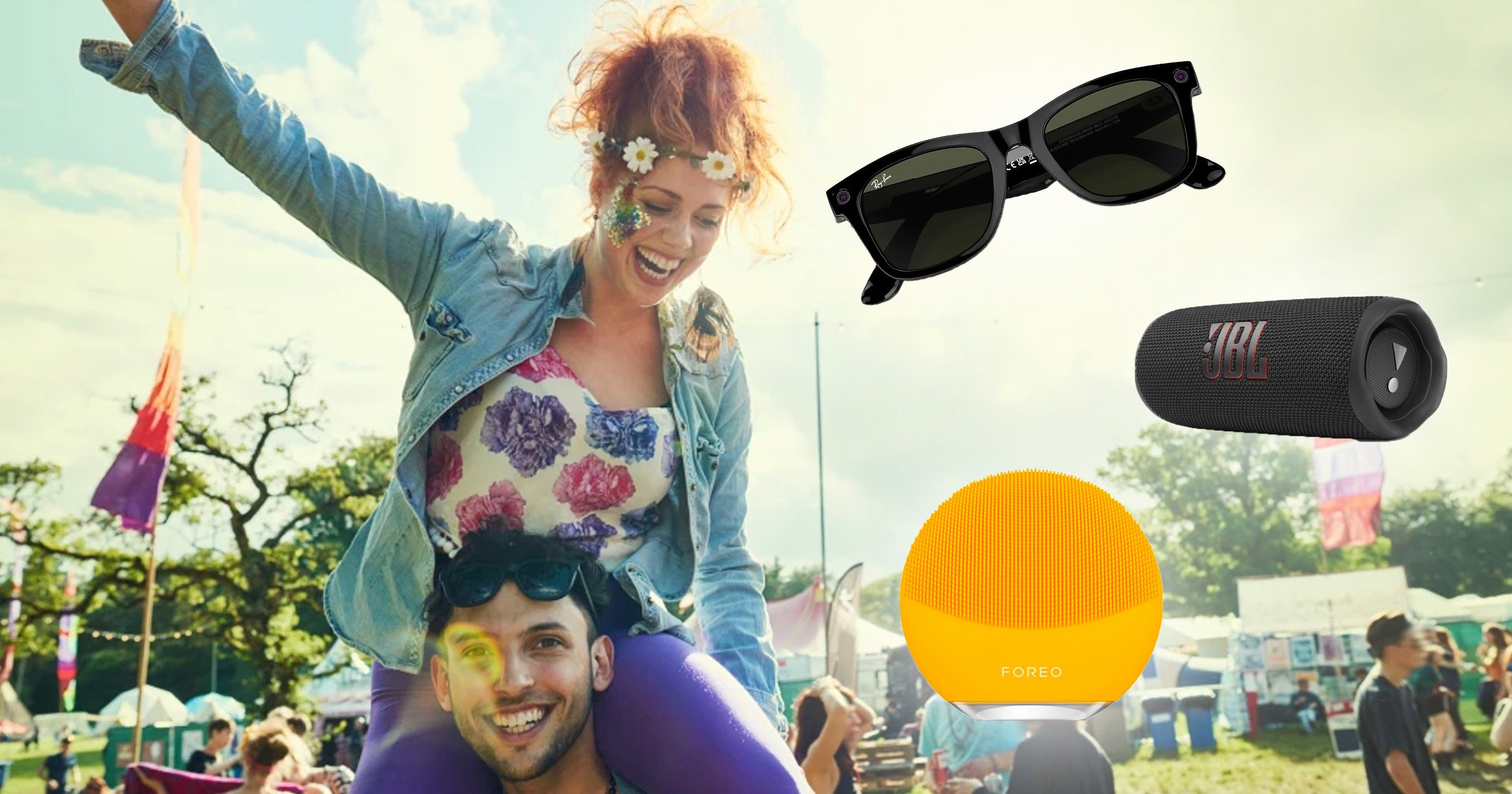 Hurrah! After a long, dark winter and intermitently drizzly spring, festival season is upon us.

Come rain or shine, we can’t wait to get our tents packed up and have a boogie in a field for the weekend

But wait… Camping? If you forgot about that little snag and have suddenly realised you really ought to buy a tent, no fear. There is still time.

Aside from some sturdy nylon, why not get extra prepared with these festival gadgets that will make your weekend all the more enjoyable.

So from padlocks to stoves, here is our line up of the best festival tech buys out there right now.

With temperamental weather conditions threatening revellers throughout the festival season, bringing along a camera that can withstand the elements is a sensible choice.

GoPro’s action cam is rugged right out of the box and laughs in the face of extreme conditions.

It also captures up to 5.3K footage at up to 60 fps and can take 120 fps slow-mo video in 4K, with improved low-light capabilities video stabilisation thrown in for good measure.

If you’ve ever walked away from your tent with the blind optimism that you’ll find it later among a sea of near-identical ones, Tile’s Bluetooth tracker promises to make the hunt for both tent and belongings less stress-inducing.

That’s down to its ability to communicate their whereabouts to your phone and save you hours of looking for a needle in a haystack.

Want your smartphone to stay alive longer? This 20,800mAh portable power bank can get two phones up to 85 per cent in an hour via USB-C, and can keep one phone going for up to 75 hours.

When you’re home, it’ll charge your laptop in super-fast time too.

These specs do a fine job of hiding the fact you’ve got dual 5MP lenses on your face.

They can capture and sync up to 30 videos or 500 photos to the dedicated Facebook View app, while an LED light lets people know they’re on camera.

There’s no danger of overheating if you’ve got GeoSmartPro’s AirLit fan, which also happens to be a ring light, smartphone holder and mirror.

USB-charged with a run-time of 15 hours, the AirLit fan has an extendable stand so you can raise it from the floor, while you can even control it from your phone or voice assistant and set schedules.

If attempting to remain glam over the course of a long weekend is a priority, this might help to make you feel a bit more human again the morning after the night before.

One of the biggest sources of environmental strain at music festivals is the amount of plastic waste left behind so it’s no surprise that a recent study by Ticketmaster revealed 62 per cent of festival revellers consider waste reduction their number one priority.

Communal fountains mean you’ll appreciate the activated carbon and nano zero technology inside this Larq stainless steel bottle, which purifies whatever you pour into it.

As Glastonbury makes its triumphant return, so too does EE’s commitment to the official app (Android/iOS) to keep 200,000 festival-goers up to date with the latest news and updates.

With 900 acres to cover, it makes sense to plan a personalised line-up, whether you’re on the field or at home watching from your sofa, while a new dark mode drains less battery.

And with a predicted record amount of 200 terabytes of data to be used at the festival – the equivalent to viewing eight billion Instagram posts – EE’s super-fast mobile network tech promises to keep revellers connected.

A decent light source is a fantastic way to stop you from fumbling around in the dark. It’ll also lessen the likelihood of you tripping over guy ropes while trying to locate your tent.

This battery-powered beacon trumps the traditional torch by shining brightly for 100 hours and doubling up as a portable charger that can fully charge your phone at least three times, depending on the model.

Whether you want an early morning cuppa or beans on toast, this ultra-compact gas cooker makes it easy by feeding on twigs, leaves and other woodland debris for fuel.

Armed with a more sustainable cooking system when compared with gas canister stoves, you can cook safe in the knowledge that you’re doing your part for the planet, and your stomach, avoiding questionable and expensive food vendors in the process.

If you want to host your own post-festival parties using a device that has as much stamina as you do, this cylindrical waterproof Bluetooth speaker boasts rugged and robust credentials, which makes it ideal for the great outdoors.

Expect it to keep going for up to 12 hours, and charge in two and a half. Just be mindful of the neighbours – it has powerful sound.

When you’ve taken up residence in the middle of a field, a padlocked zip sends a message to would-be thieves that your patch is worth targeting.

Giving portable safes a modern-day makeover, this biometric lockbox does away with combination locks and instead pairs with an app (Android/iOS) for GPS tracking and locking/unlocking via a PIN code, fingerprint or facial recognition.

When you’re miles away from the comfort of a clean bathroom, a portable dirt-clearing cleansing brush will go some way to making you feel more human each morning.

Powered by sonic pulses, its silicone bristles promise to deep-clean dirt, grime and excess oil, and remove 99.5 per cent of it from your face, ensuring you go to bed and/or wake up grime- and glitter-free.

This article contains affiliate links. We may earn a small commission on purchases made through one of these links but this never influences our experts’ opinions. Products are tested and reviewed independently of commercial initiatives.

06/10/2022 Travel Comments Off on From smart padlocks to after party speakers, these are the best festival buys
Recent Posts