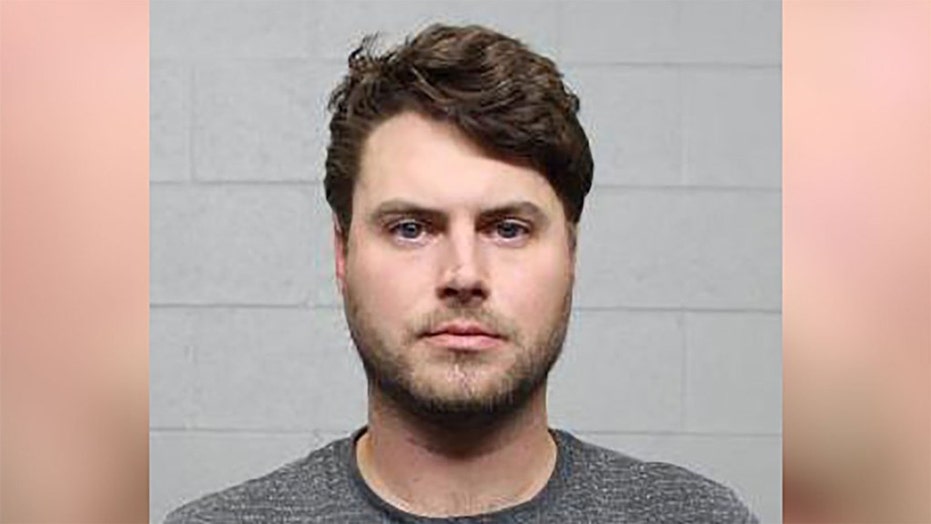 An American Airlines flight from Charlotte to Salt Lake City was diverted to Tulsa, Okla. after a man allegedly grabbed the crotch of a passenger sitting next to him, according to a release filed by the United States Attorney's Office on Friday.

James Clayton Cholewinski-Boy, 32, was charged with abusive sexual contact of a female passenger by federal prosecutors "as a result of [his] alleged actions on the plane," the release stated.

An FBI agent said in an affidavit that Cholewinski-Boy touched the arm of a woman next to him during the flight on Tuesday, causing her to push his hands away. 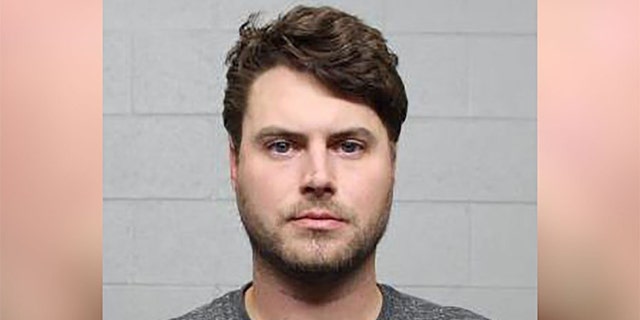 James Clayton Cholewinski-Boy was charged with abusive sexual contact of a female passenger by federal prosecutors "as a result of [his] alleged actions on the plane."
(Tulsa Police Department)

She said the suspect continued his advances, grabbing her crotch before she pushed his hand away and told him to stop — at which point he held up his hands and apologized.

“This week, American Flight 807, traveling from North Carolina to Utah, was diverted to Tulsa due to the alleged conduct of passenger James Clayton Cholewinski-Boy," said U.S. Attorney Trent Shores of the Northern District of Oklahoma in a statement. "Today, the United States Attorney’s Office filed criminal charges as a result of Mr. Cholewinski-Boy’s alleged actions on the plane."

After the incident, flight attendants moved the woman and her daughter to a pair of seats away from the suspect.

When the plane landed in Tulsa, Cholewinski-Boy was arrested and airport police charged him with public intoxication before handing the case over to the FBI, which filed a sexual contact complaint.

MORE THAN 400 OKLAHOMA INMATES RELEASED IN LARGEST US COMMUTATION

"The public should know these allegations pertain to criminal sexual misconduct by Mr. Cholewinski-Boy against a female passenger, not a threat to the plane or air travel," Shores said. "The Federal Bureau of Investigation along with Tulsa International Airport law enforcement officers responded swiftly and professionally to this situation as soon as the plane touched down in Tulsa."

He added: "The FBI will investigate this matter moving forward. I am thankful for the men and women of law enforcement who work to ensure the safety and security of the traveling public.”

Cholewinski-Boy was released from jail on Wednesday, according to Tulsa city jail records and it's not immediately clear if he has a lawyer.

"We want to thank our crew, who once they became aware of this behavior, immediately separated the mother and her daughter on the flight. They subsequently requested law enforcement and diverted the aircraft to Tulsa," American Airlines said in a statement to The Hill. "The quick actions of our crew ensured the safety and wellbeing of our customers on the flight."

The FBI, the U.S. Department of Homeland Security's Transportation Security Administration and Tulsa Internation Airport all assisted in the investigation.

Cholewinski-Boy was arrested for a DUI in 2010 and pleaded guilty to intoxication in July 2018, according to deseret.com

The Associated Press contributed to the report