“We’ll get a villa for two weeks, we’ll hire a car, we’ll have pool parties, barbecues and long leisurely lunches…” 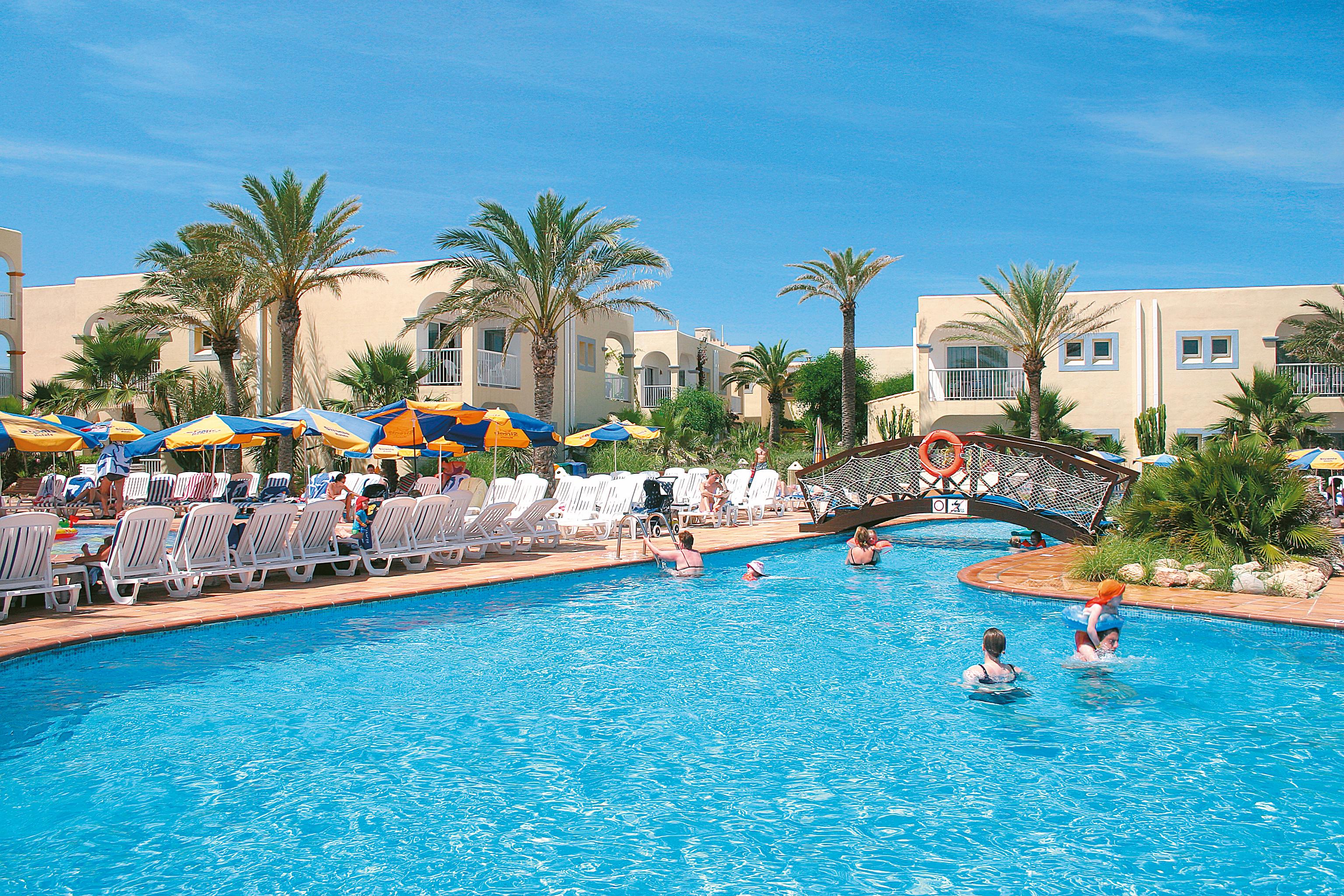 And then I stopped. As usual, I hadn’t thought this through at all.

We were planning to return to Ibiza after a magical child-free weekend last year for my 40th birthday.

But this time there was a catch – we were to take our two and five-year-old daughters and see if we could have as much fun with them as we did without.

And what makes a happy family? A lot of the time – it’s a happy mummy. 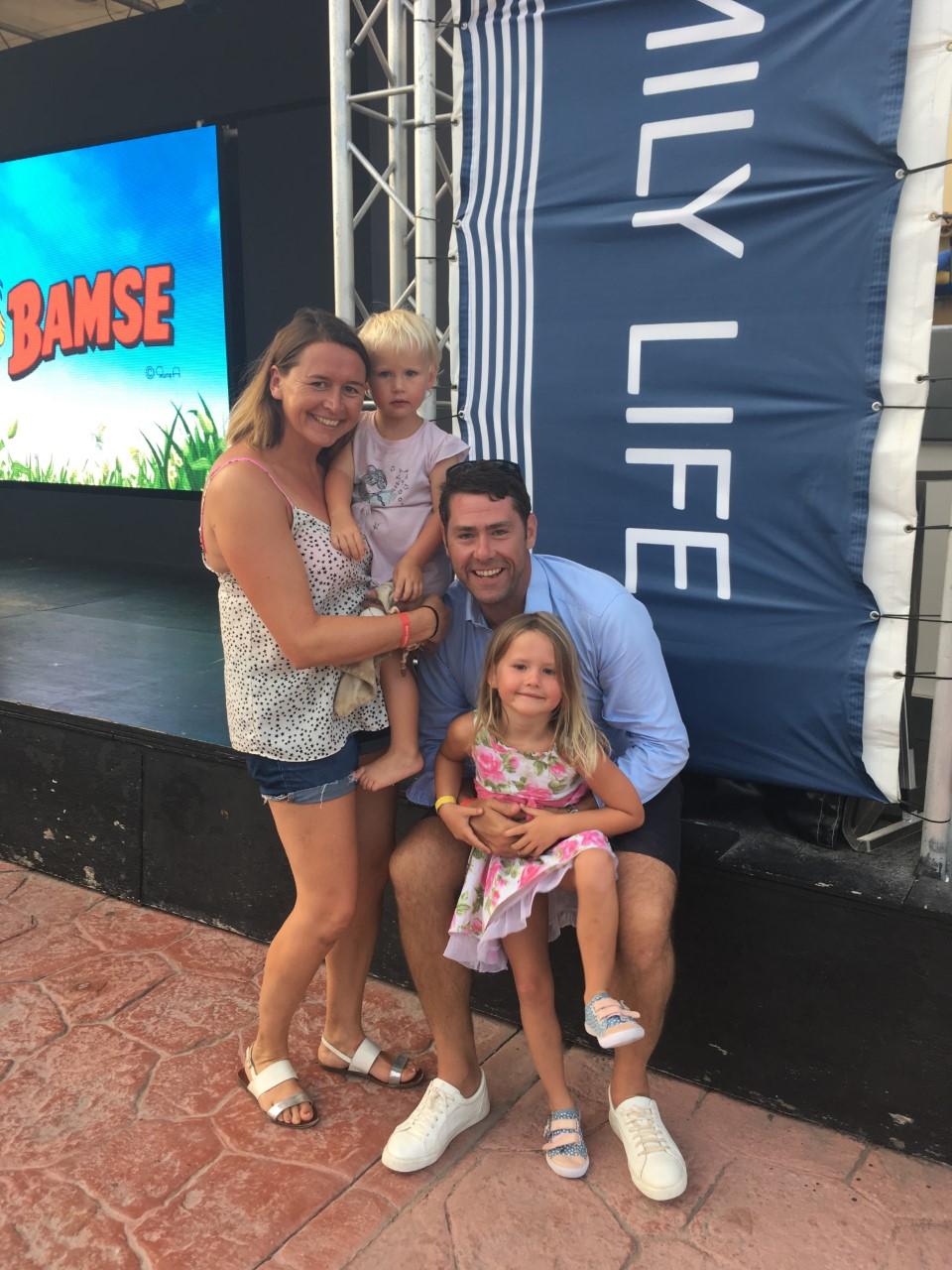 Did mummy really want to be cooking, doing big shops, clearing up the villa, making beds, washing up and driving?
To be honest…no.

And would it actually be really nice if someone else occasionally entertained my children while I helped myself to food and drink someone else had prepared?

So it was back to the drawing board and researching a range of all inclusive hotels across the island.

Everyone had told me that Ibiza was family friendly but I wasn’t prepared for quite how many hotels cater for kids.

After a great deal of searching, we settled on Tui’s Family Life Club Aura (the clue was in the name) in Port Des Torrent.

Far enough away from San Antonio, but near enough if we felt like being cool at Cafe Mambo. 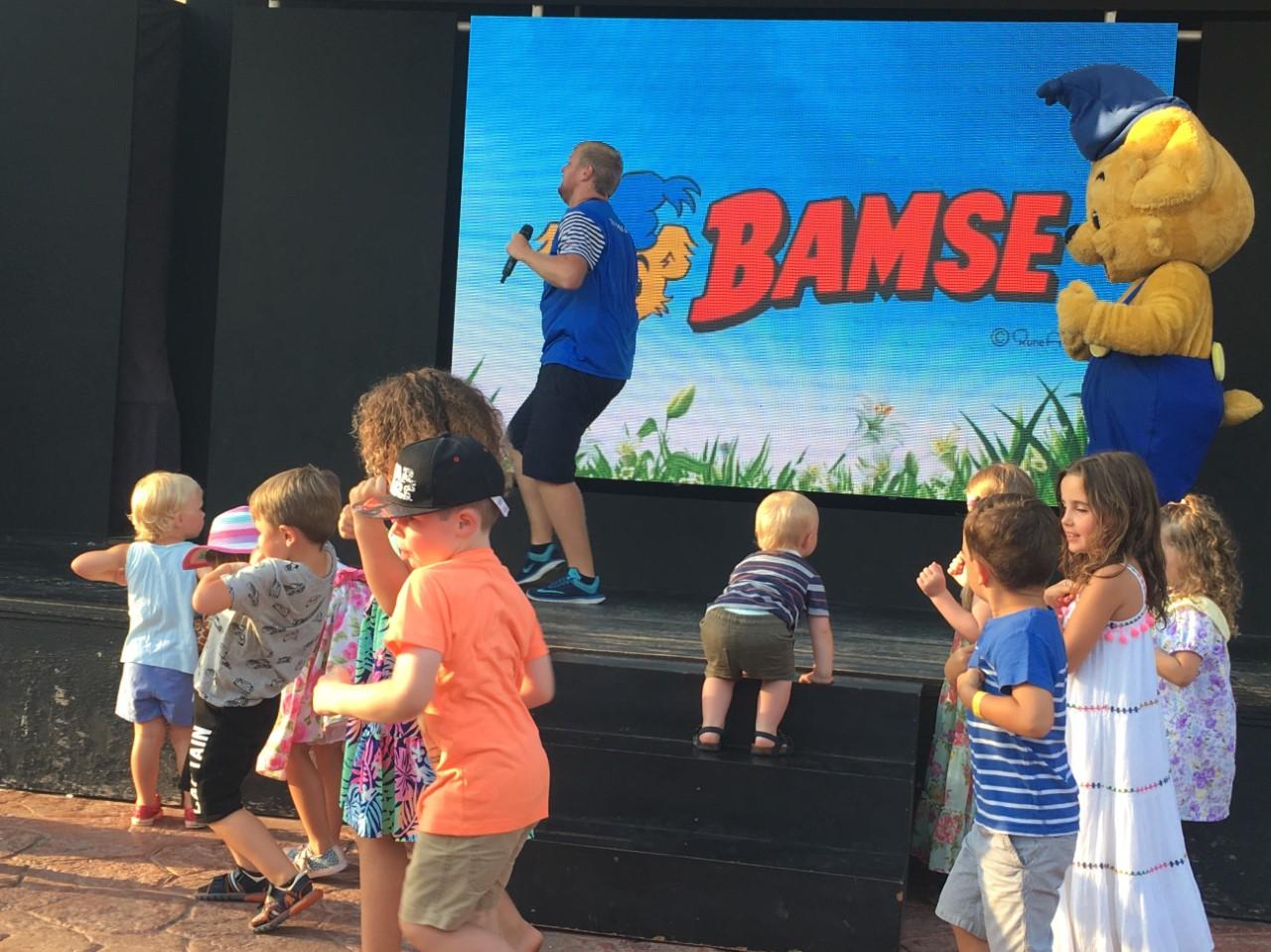 Not only is there a free kids club, there’s also a baby club, a teen hang out, day and evening entertainment for children and adults – AND, you could also help yourself either to ice cream or a Bloody Mary for breakfast, depending on your age….who could want for more?

It’s right by beautiful, peaceful, and most importantly, shallow Port Des Torrent beach and hotel guests get free entry to the waterpark literally attached to the resort.

A baby in comparison with some of the larger hotels, (it only has 225 rooms, so never feels overwhelmingly busy) its full of palm tree-lined winding paths leading to attractive Spanish-style apartment blocks, and several sea-facing, almost sunset-facing balconies.

And there’s two a la carte restaurants as well – a Spanish Taverna and Japanese Teppenyaki – as well as a very large buffet for breakfast, lunch and dinner. 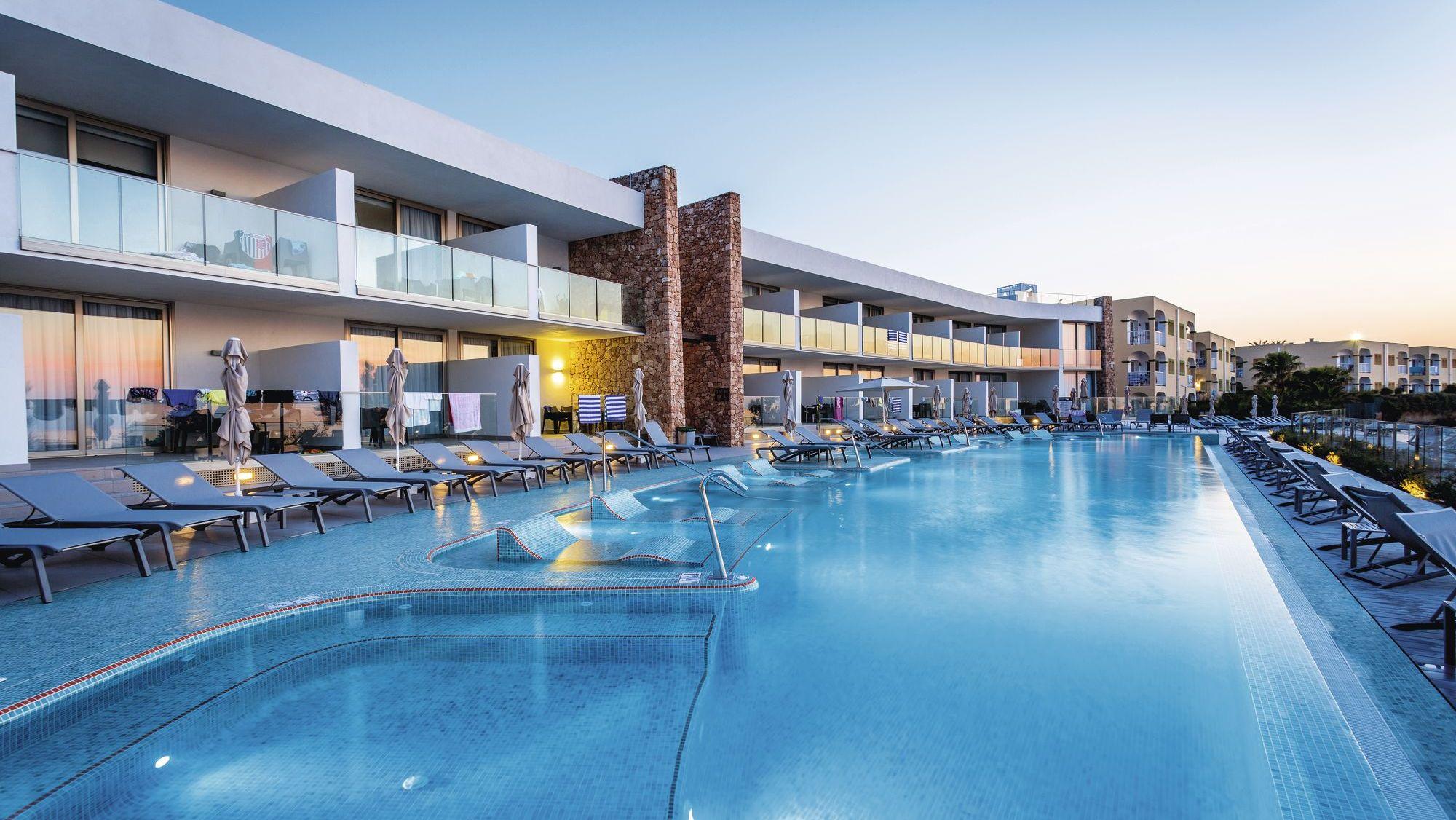 But what really blew us away was the Tui reps – who literally worked round the clock to make you feel welcome and help the kids have quite possibly the best holiday ever.

A particular shout out to heroes and firm favourites Aiden and Amy, who moved seamlessly from water aerobics and table tennis in the 35 degree daytime heat, to dancing around the stage and playing kids games in the 29 degrees evening heat – and always with a genuine smile on their faces.

Even though we were only there a week, the hardworking entertainment team came up with clever variations so each night was pretty different.

If you can lure the kids away from their new pals, there are a host of excursions including coach trips to the very family friendly hippy market or various trips round the island. 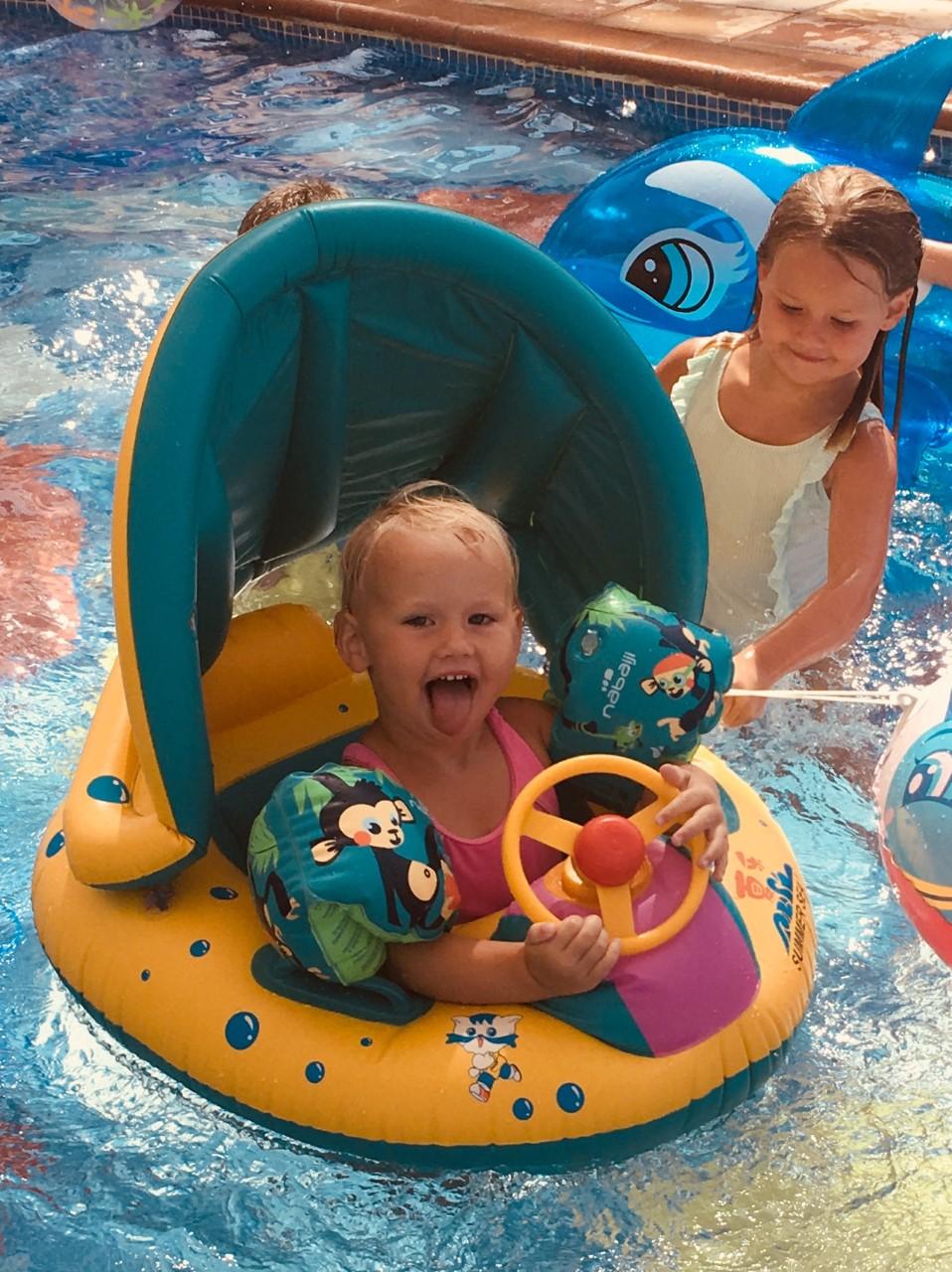 I can highly recommend the Anchors Away trip – a glass-bottomed catamaran which takes you round the coast to more beautiful beaches, a swim in the middle of the sea, lunch – and most importantly, stacks of sangria for the grown ups, and face painting and a drawing competition for the kids.

It would have been easy and completely acceptable to have stayed within the resort and waterpark for the entire time. But I wanted to see if the rest of the island was as accepting of a family as the Tui resort was.

If I think back to last year, one of our highlights was daytime clubbing. 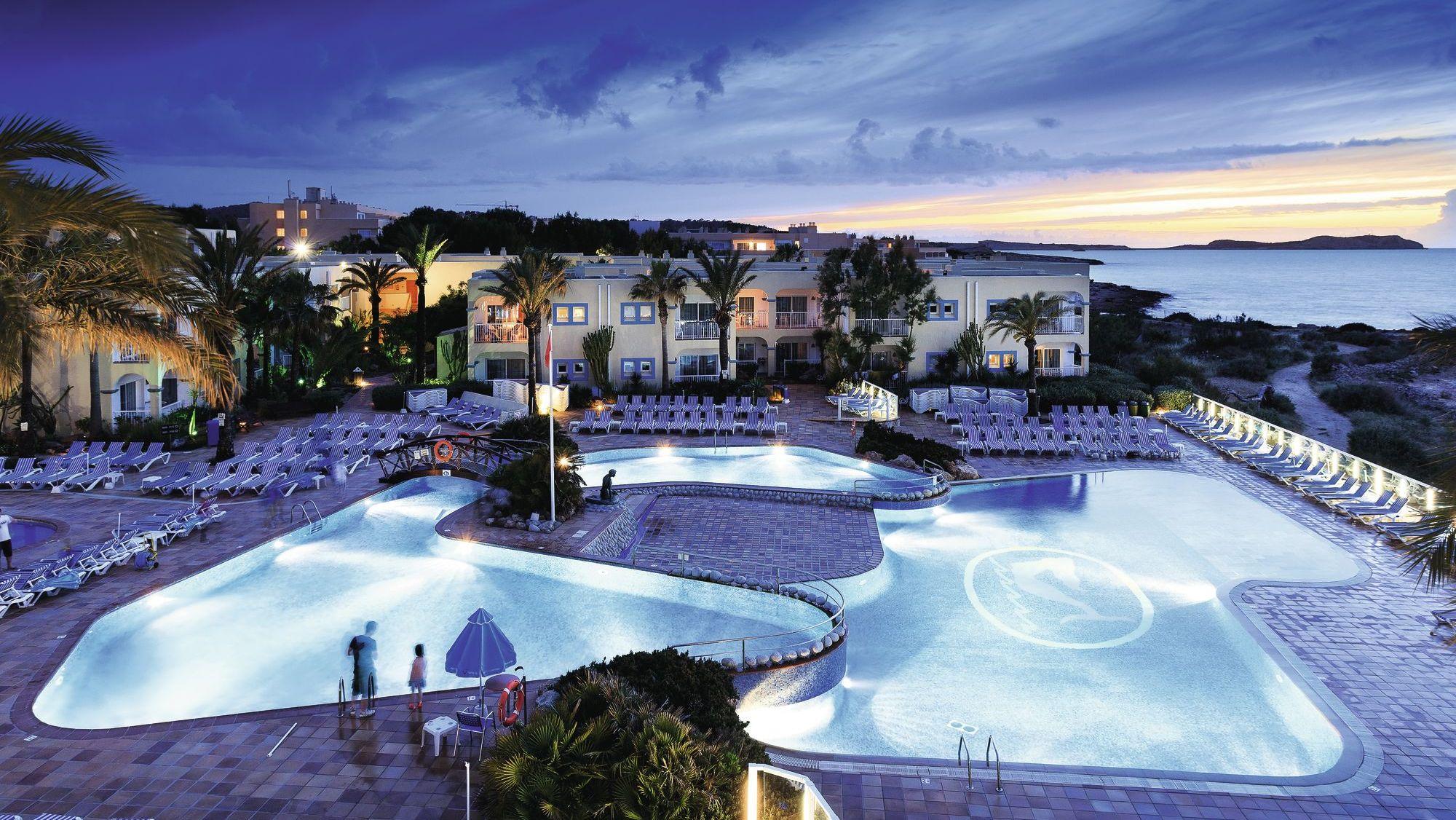 Obviously we couldn’t take our kids out to the likes of Ushuai, but there’s a growing market of beach clubs which understand there’s a lot of grown ups who want to relive the old days, but have to do it in front of their kids.

El Chiringrita is such a place.

On a secluded cove in the south, its a classic swanky beach club, with luxurious sun loungers, a fabulous menu, an endless cocktail list, and a chilled out DJ during the afternoon.

Most importantly, it has a large staffed childrens’ area, where within minutes our girls had made bracelets, and painted pictures while we managed to have our first full daytime conversation since we left London. Its not cheap, but its worth it. 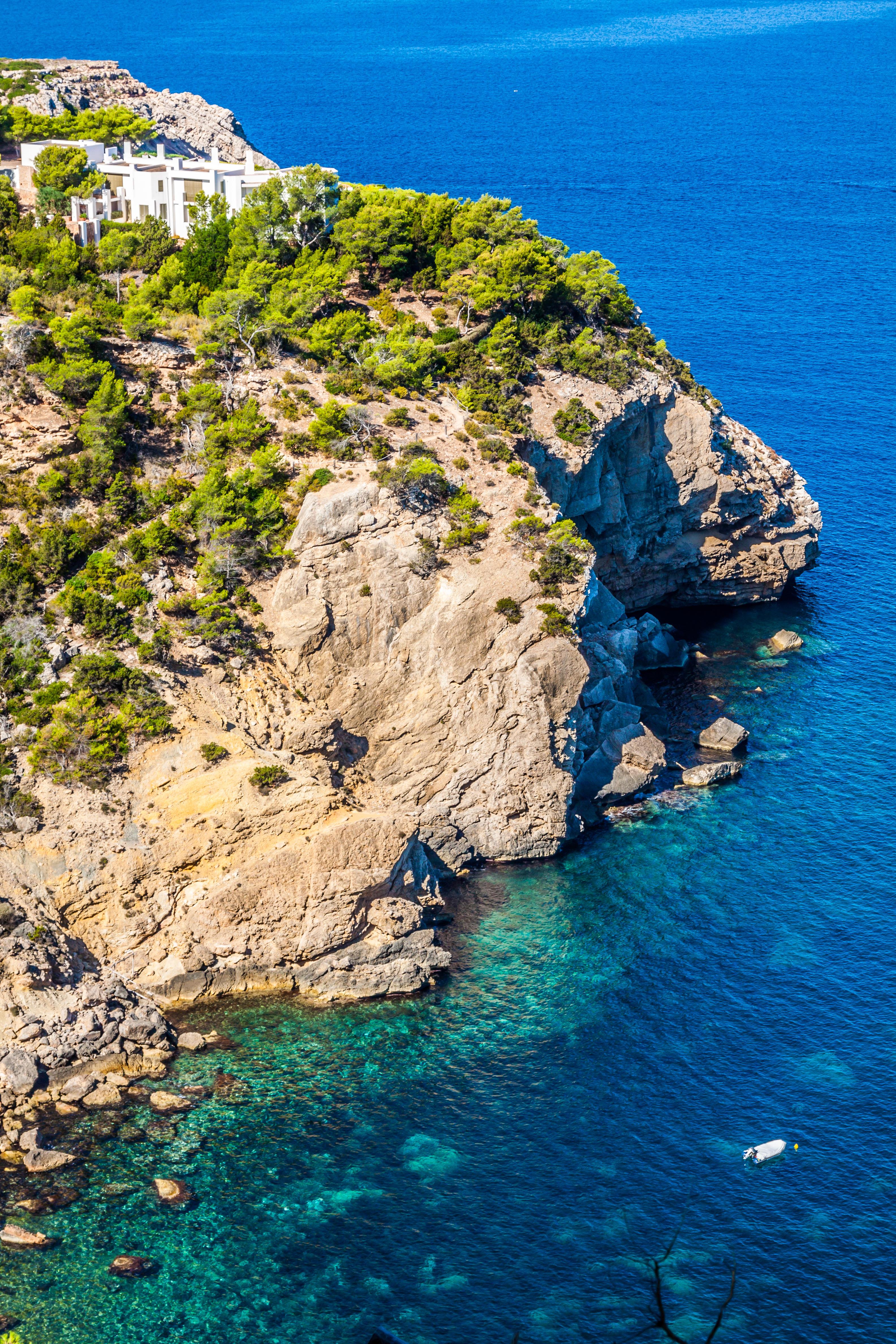 Another highlight was an attempt at a long leisurely lunch at the nearby Cala Tarida – a stunning clean, white, shallow beach with a steep coast of picturesque apartments and villas tumbling down to the beachfront.

Amongst them is nestled Canyucas restaurant – with an unrivalled open view across the stunning bay.

Offering simple Mediterranean cuisine, it has great menu with tons for children, and is only a few short steps down to the beach.

These are just two amongst hundreds of family friendly places to visit and eat at this year.

Santa Eulalia, which even boasts ‘Child Friendly City’ status from UNICEF, has recently created the islands first smoke free beach with WiFi (for those moments where only an episode of Peppa Pig on YouTube will do). 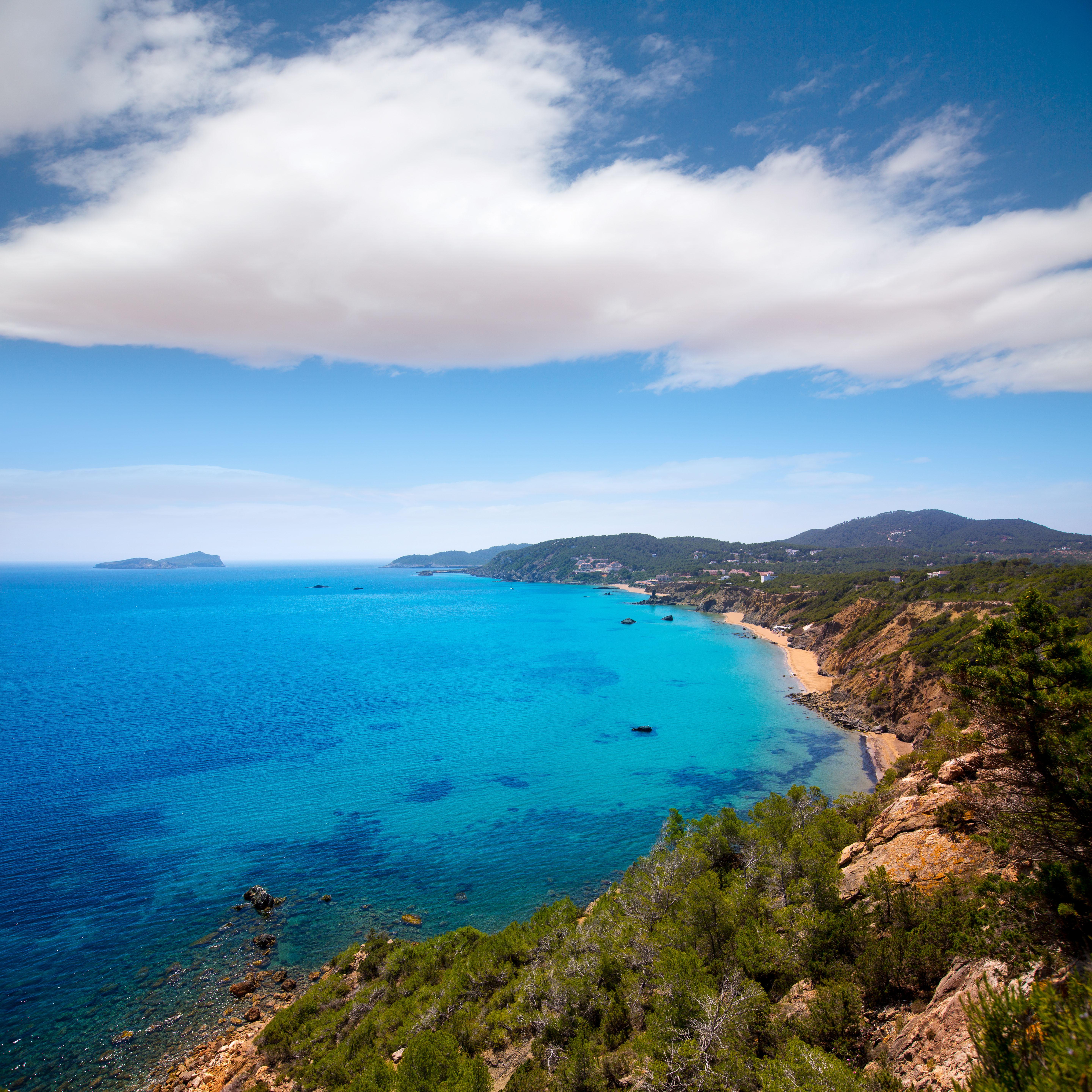 So far 31 local accommodation companies have joined the programme, a whopping 60 per cent of the all the beds available in town.

The rest of the island doesn’t disappoint either.

And if the idea of dumping them to go and relive the glory days sounds less appealing – just go and sit on the rocks in front of the famous beachfront bar Cafe Mambo.

Armed with supermarket drinks, suntan lotion, and enough snacks to stop the kids complaining – you can watch the sunset, listen to some serious beats – and save the pennies while you spend time ruminating on whether or not a trip to Ibiza is its better with or without children.

It’s a difficult one – and it came right up to the line, but I’ve realised that whether you’re a frazzled family or a couple searching out some serious clubbing experiences, Ibiza has got it all.

GETTING / STAYING THERE: Seven nights all-inclusive at the 4* Tui Family Life Club Aura from £853pp based on four sharing and including flights from Gatwick on July 17, 2019 and transfers. See TUI.co.uk.

OUT & ABOUT: We found kidsinibiza.com and deliciouslysortedibiza.com were handy online tools.

01/05/2019 Travel Comments Off on Discover family fun, activities for the kids, beaches and pools in Ibiza on a fun summer holiday
Recent Posts