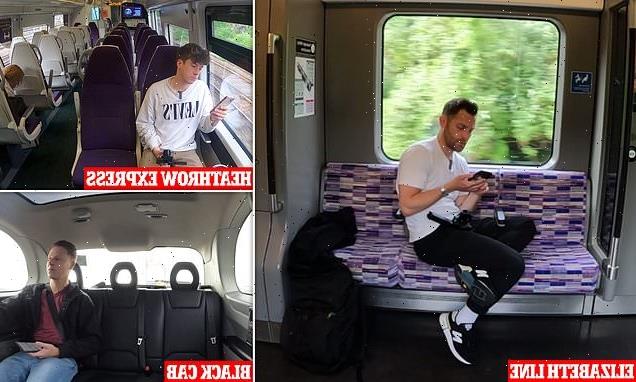 Elizabeth line vs Heathrow Express vs black cab: Travel experts put London’s shiny new £18.9billion train service to the test in a race to Terminal 2 from the West End

London’s shiny new £18.9billion Elizabeth line has been hailed as a transport revolution.

But how does it measure-up speed-wise on the classic Central London to Heathrow journey against the capital’s trusty black cab and the lauded Heathrow Express?

Three travel experts from The Points Guy UK found out, filming a fascinating race between the three modes of transport from Oxford Circus to Heathrow Terminal 2 on the day the Elizabeth line opened, Tuesday May 24. 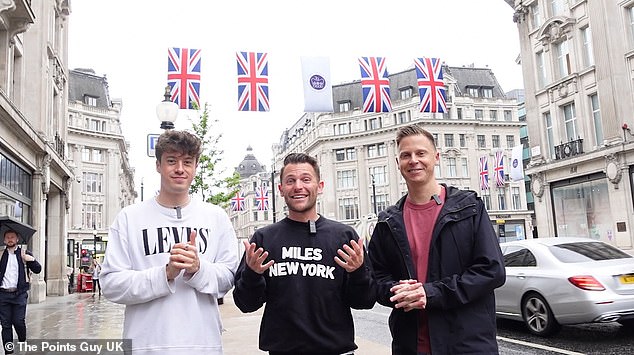 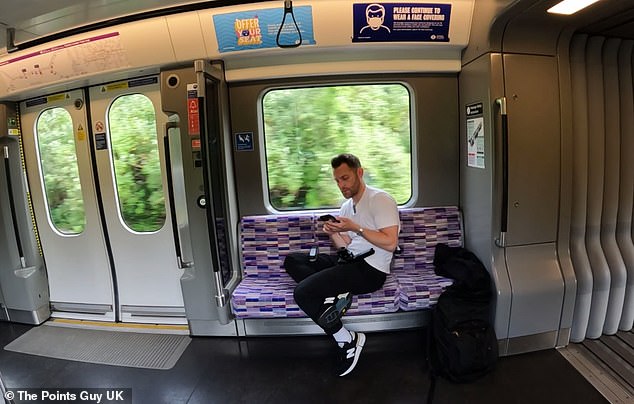 Nicky Kelvin is pictured here racing towards Heathrow on the £18.9billion Elizabeth line 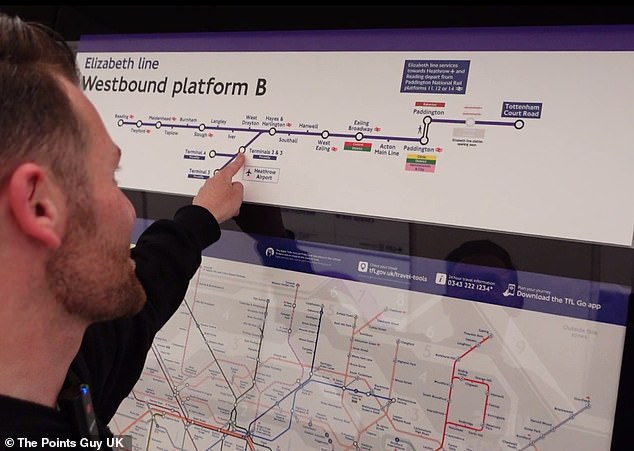 Nicky, pictured, said: ‘It was incredibly exciting to be on the Elizabeth line within hours of its opening. The experience on board the train was brilliant with brand-new fresh carriages and a conveniently located and impressive station on Tottenham Court Road’

Nicky Kelvin, Head of The Points Guy UK (TPG UK), paid £12.50 to whizz along the Elizabeth line from Tottenham Court Road (just east of Oxford Circus Tube) to Terminal 2 via a change at Paddington railway station.

He said: ‘It was incredibly exciting to be on the Elizabeth line within hours of its opening. The experience on board the train was brilliant with brand-new fresh carriages and a conveniently located and impressive station on Tottenham Court Road. The other huge benefit was the cost. At £12.50 this was far cheaper than the other methods.

‘For the time being, you have to change trains at Paddington in order to reach Heathrow. In the coming months, direct trains from Central London to Heathrow are set to begin.’ 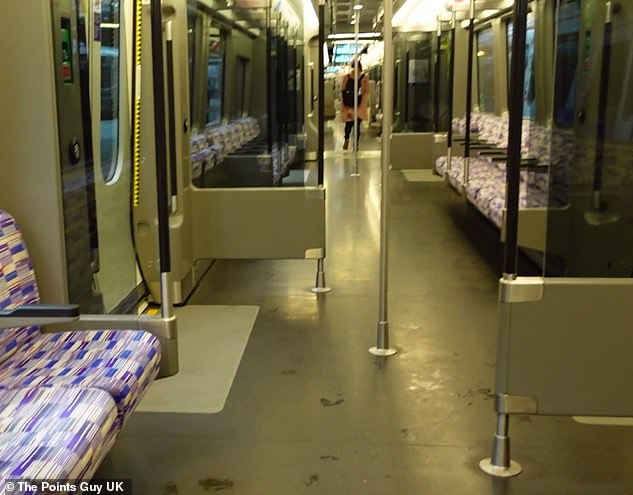 Nicky paid just £12.50 for his ticket to Terminal 2 on the Elizabeth line from Tottenham Court Road

Racing the Heathrow Express from Paddington, with a little help from a connecting Bakerloo Tube train, was Liam Spencer, who paid £25 for his ticket.

He told MailOnline Travel: ‘The convenience and comfort of the Heathrow Express service cannot be overstated.

‘In terms of speed, there isn’t a faster option than the 15 minutes it takes to get from Paddington Station to Terminals 2 and 3. 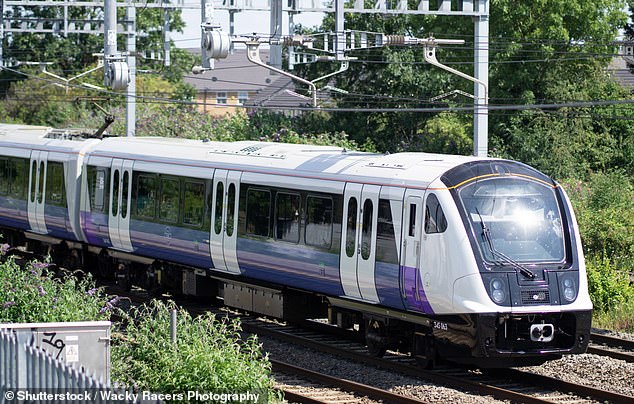 ‘As was the case on this occasion, there are almost always plenty of seats available, complete with charging ports and tray tables.

‘The whole experience felt very relaxed and ensured I arrived at the airport without any stress.

‘On the downside, a £25 one-way fare is certainly not cheap. Booking further in advance can land you a better price, but this isn’t always an option for last-minute travel. 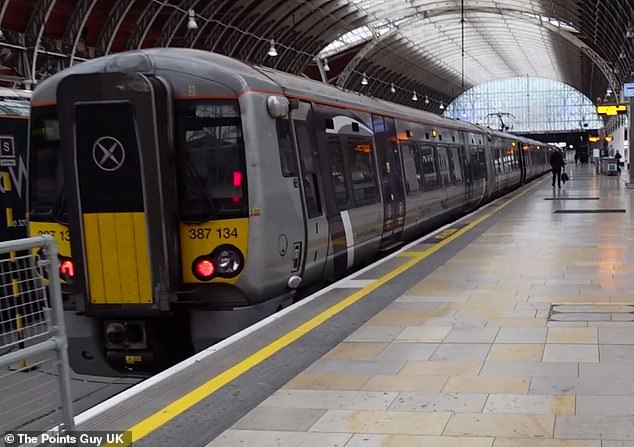 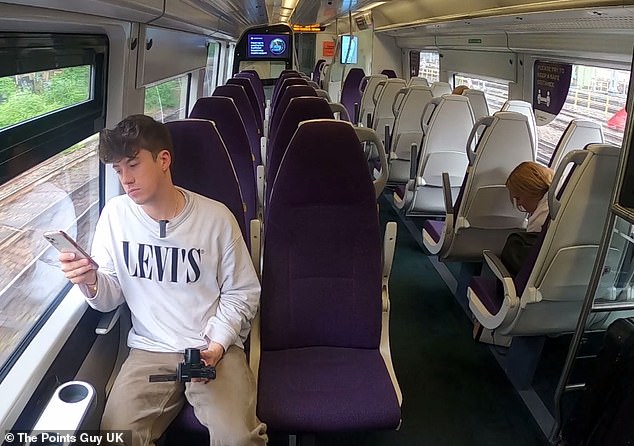 Liam, above on the Heathrow Express, said: ‘The whole experience felt very relaxed and ensured I arrived at the airport without any stress’

‘It’s also a shame that the service only operates from Paddington – adding another departure point would help to serve more of London.’

Putting his faith in one of London’s cabbies was Benjamin Smithson, who paid a whopping £74 for his ride.

He commented: ‘It was a luxurious experience taking an iconic London Black Cab to Heathrow airport. 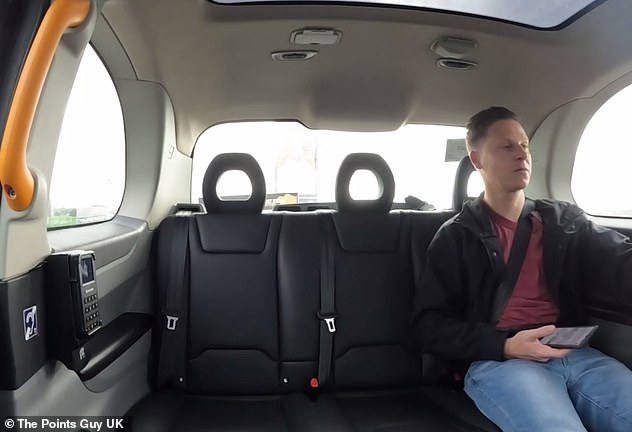 Putting his faith in one of London’s cabbies was Benjamin Smithson, who paid a whopping £74 for his ride 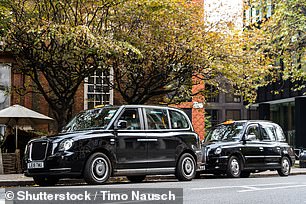 Benjamin said of his cab journey: ‘I was shocked by how quickly we reached Terminal 2’

‘With six passenger seats in my particular cab, there was plenty of room for both my luggage and myself to spread out and my cheery cab driver was up for a chat as we headed to the airport.

‘I was shocked by how quickly we reached Terminal 2 – there was no traffic and the entire journey was less than 40 minutes.

‘However, this convenience and comfort came at a cost – at £74 it is a pricey journey, though if there were six of us, it would have made more financial sense.

‘It took a good five minutes to hail a cab down even on busy Oxford Circus.

‘Rideshare apps are cheaper, so next time I think I will save £20 or so and take an Uber or Bolt instead.’

Want to know who won? Click here to find out. For more information on travel tips and tricks, sign up to The Points Guy UK. 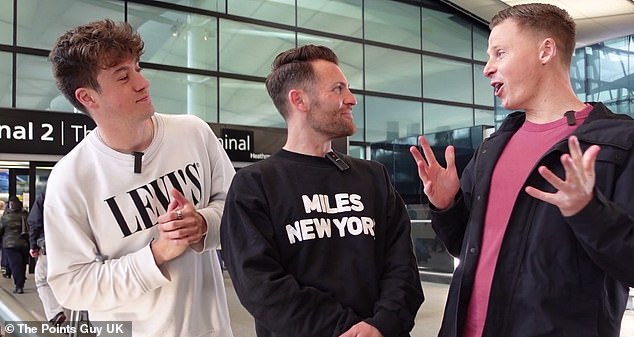 06/09/2022 Travel Comments Off on Can the Elizabeth line beat the Heathrow Express and a taxi in a race?
Recent Posts