“IS there a person in there?” my mum asks, pointing at a 6ft animatronic bumblebee wiggling its hips in front of us.

The dancing is so lifelike that I also wonder whether there could be a human inside. 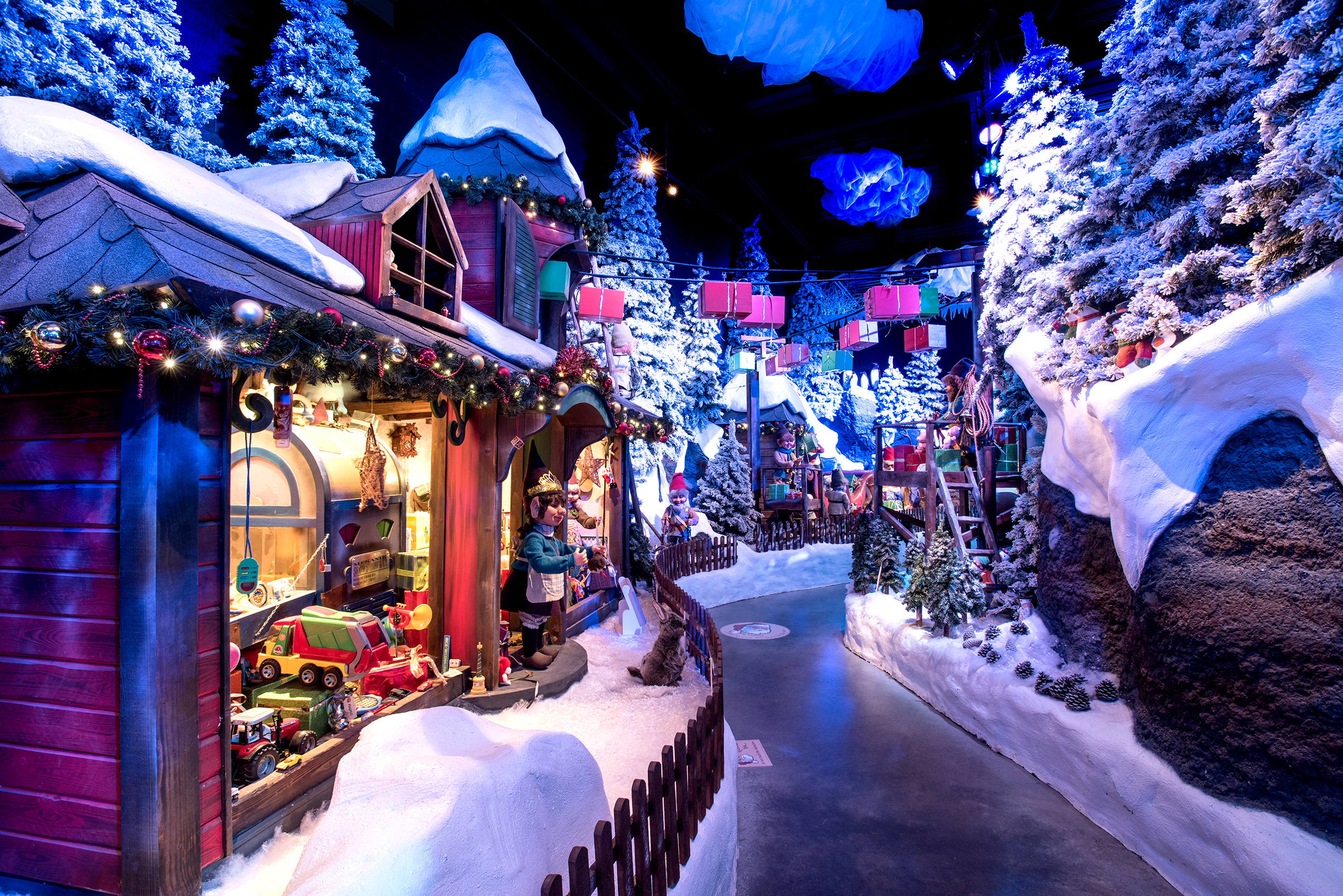 We’re on the Wonderland Trail at the Enchanted Journey of Light, in Thursford, Norfolk.

In a normal year it would be welcoming more than half a million visitors for its massive Christmas show packed with a cast of more than 100.

The pandemic has changed its plans, the white turtle doves (yes, really!) can have a rest but John Cushing, the attraction’s owner for the last 40 years, couldn’t resist sprinkling some festive cheer on a glum year.

And he’s got some high-profile guests he can’t let down either – Prince William and Kate live nearby and are such big fans of Thursford that they come every year. 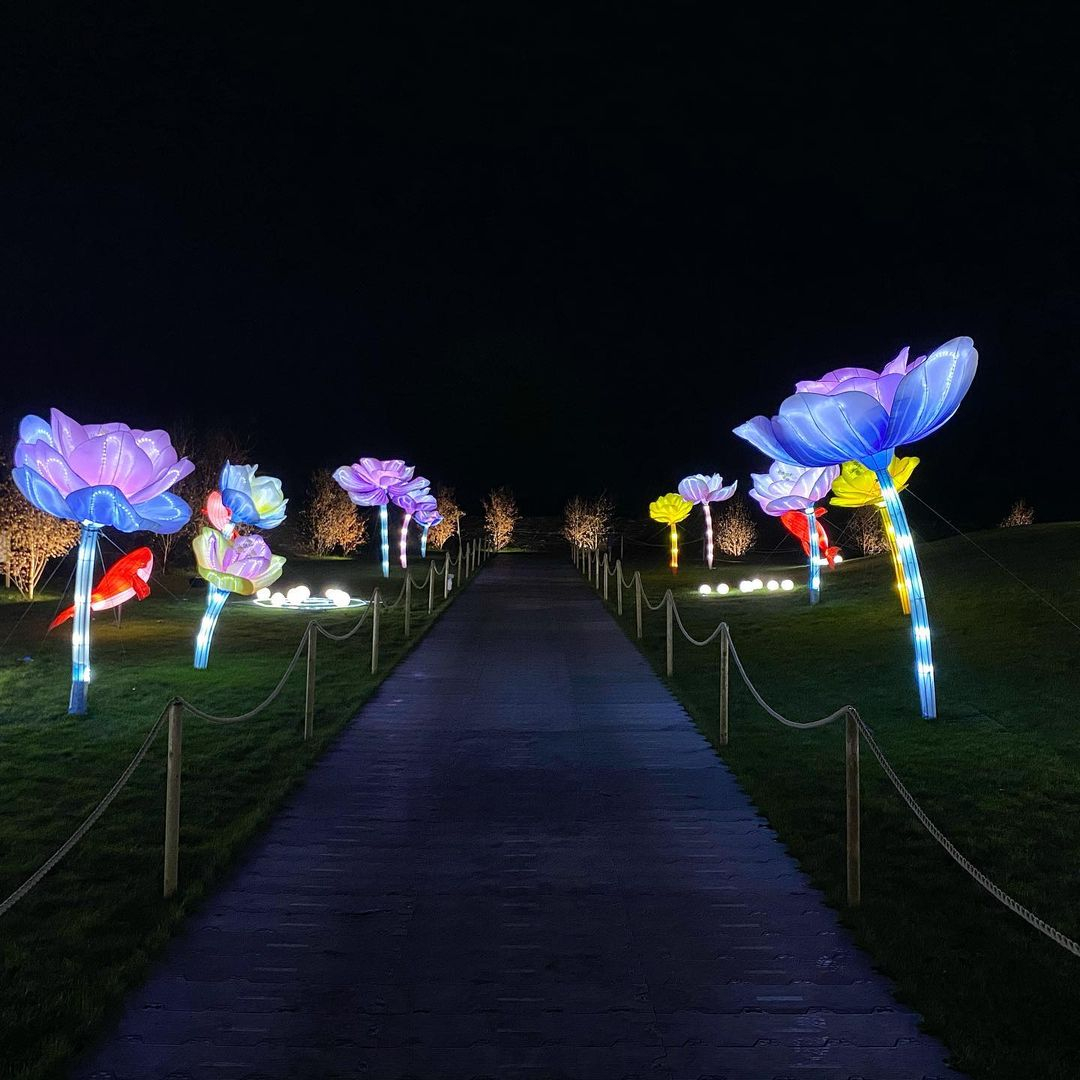 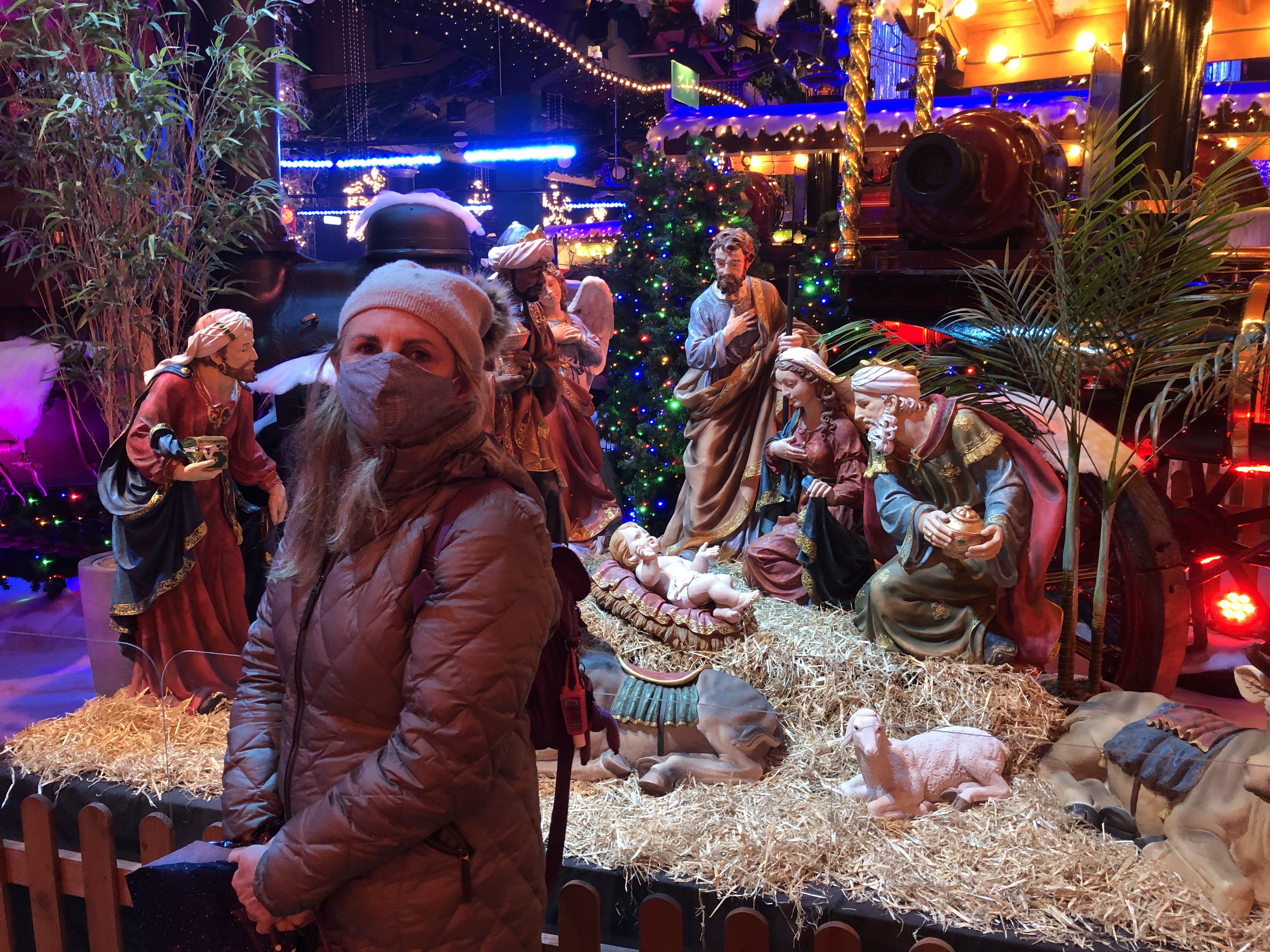 John says: “We usually start casting the show in July so we had to make a decision fairly early on as to whether we would go ahead.

“We decided to rest the show for a year and have instead ploughed over £500,000 into the Enchanted Journey of Light.”

The trail begins indoors and winds its way through the North Pole, with singing polar bears and penguins.

It passes into Santa’s workshop where he is helped out by giant teddy bears and then arrives at the auditorium – usually home to the singing and dancing spectacular, but now featuring a seven-minute socially distanced light show. 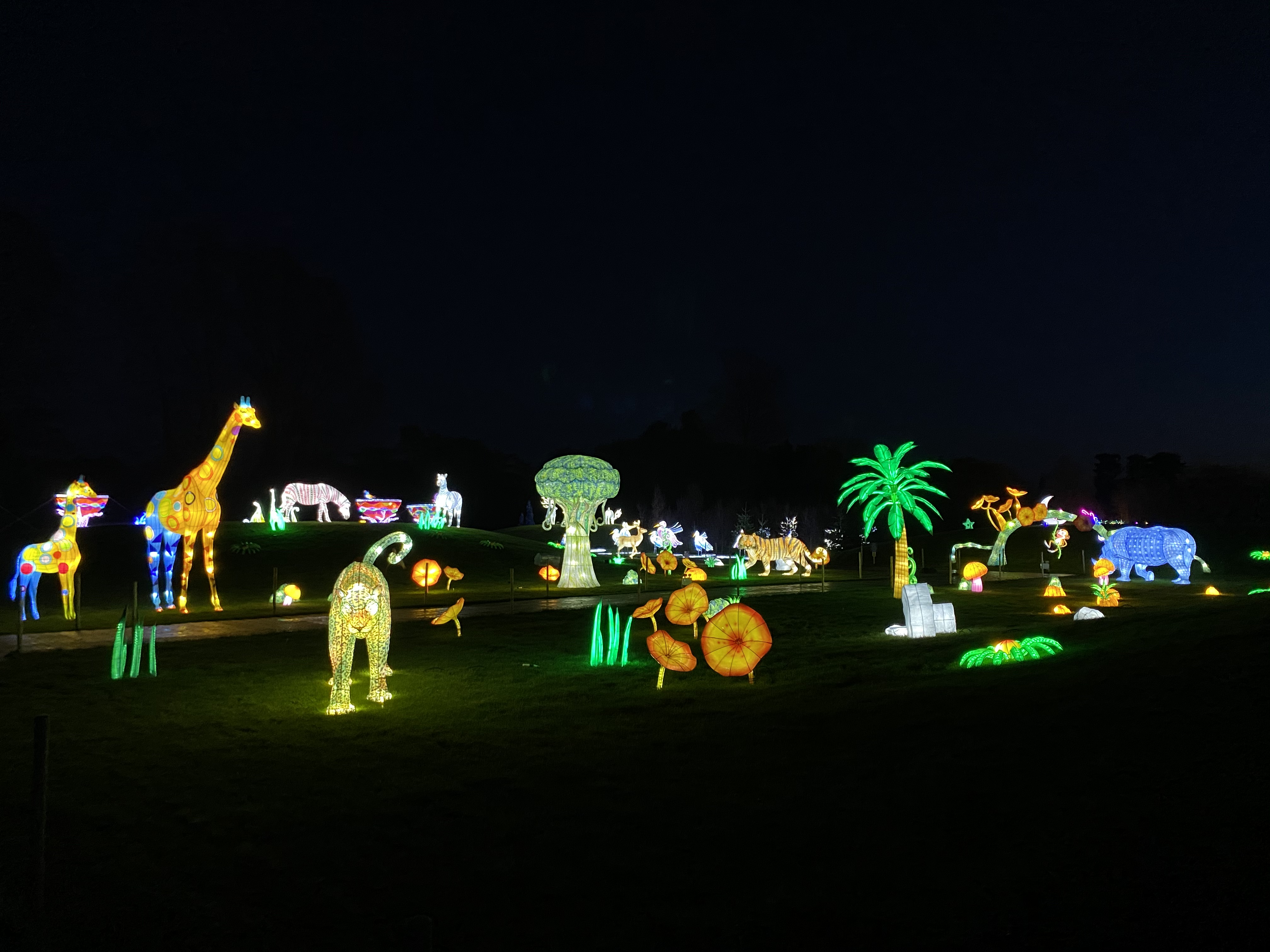 As dry ice pours into the auditorium, suspended lanterns dance above us and it’s not long before toddlers hit the dance floor, bopping about to Christmas hits. For a second, it feels like a normal December.

The trail continues through Santa’s grotto where the man himself Zooms in for a Christmas greeting then winds alongside John’s impressive display of steam engines adorned with baubles and tinsel galore.

From the trail we make our way outside, where there’s a mini Winter Wonderland with fairground rides and carnival games. 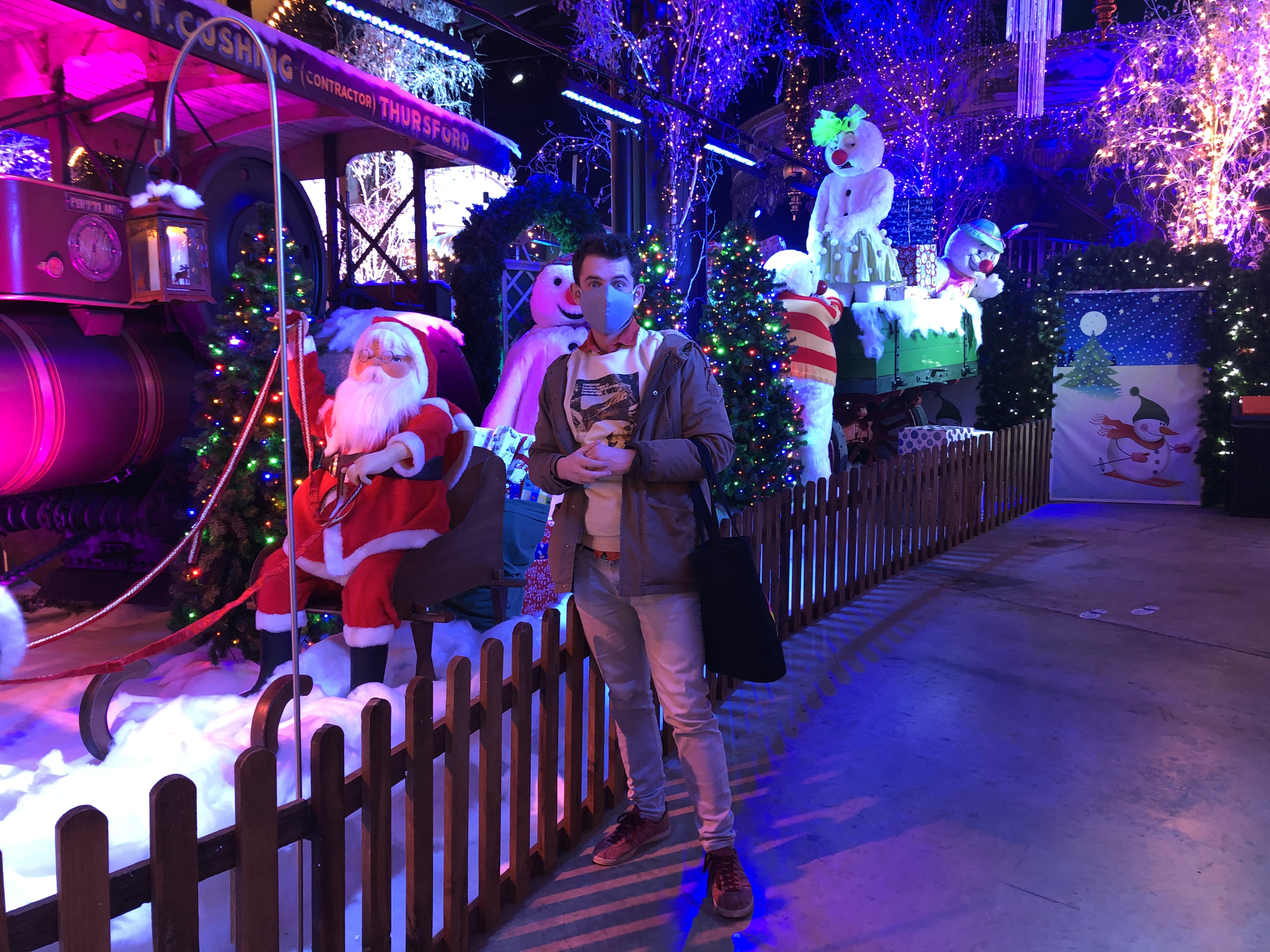 By this point the heavens have opened so we speed up our tour around the four-acre Chinese lantern extravaganza.

But a bit of rain doesn’t make it any less breathtaking. Set against the night sky, the outdoor trail features a tunnel of light and a path that makes its way around hundreds of fluorescent animals made out of Chinese lanterns.

Arriving at Thursford at 3pm had allowed for a leisurely stroll around the indoor part, a quick jaunt around the outdoor display and just enough time for a mince pie and mulled wine before heading back home.

But for those wanting to make an afternoon of it, there are some quaint gift shops, plenty of time to enjoy the rides and two cafes on site filled with Christmas treats. 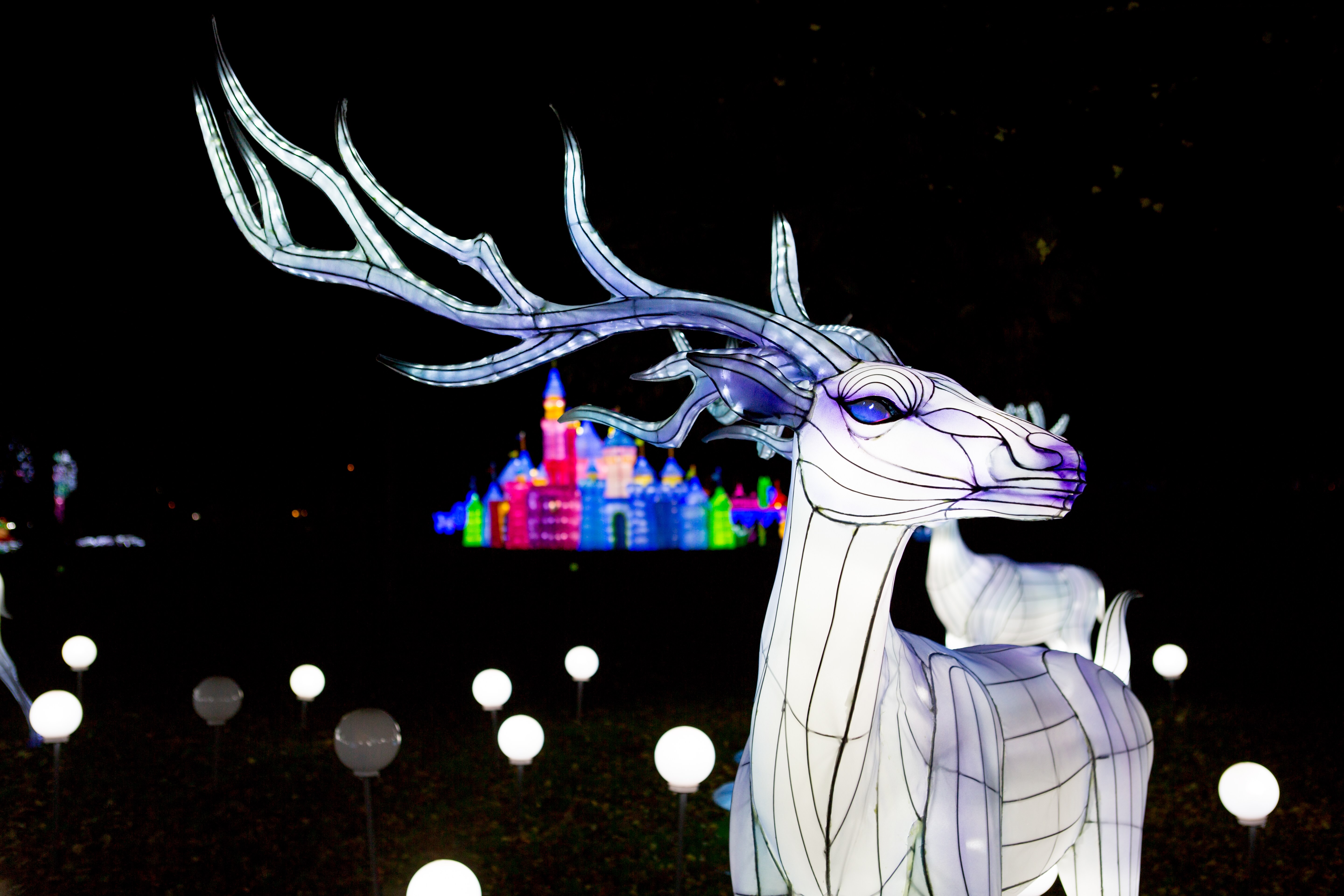 It might not be the Thursford that punters will be used to – but I’ve got to give it to him, John has made a jolly good effort this year.

Tickets for Thursford’s Enchanted Journey of Light are from £16.50 each (free for children under three), with time slots allocated from 3pm daily via the Thursford Box Office.