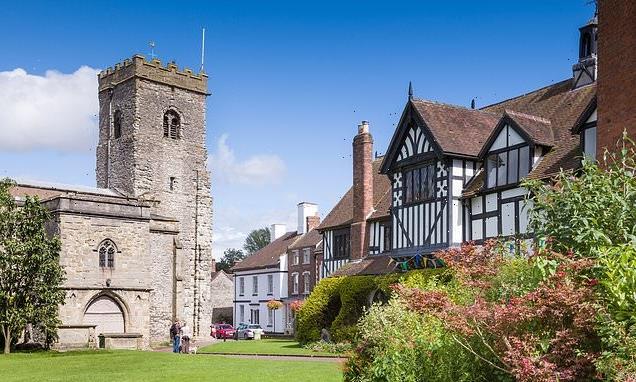 Give this town a medal! Everyone wins on a visit to the Shropshire spot that inspired the modern Olympics

‘On Wenlock Edge the wood’s in trouble’ wrote A. E. Housman in his epic poetic tale A Shropshire Lad. Meandering along a slim footpath, beech and maple trees form a canopy against the sunshine.

Those same woods, 126 years on, don’t look like they’re in any immediate peril.

An immense hazel tree has parted its lower branches to give me sight of poppy fields glinting crimson red in the distance. 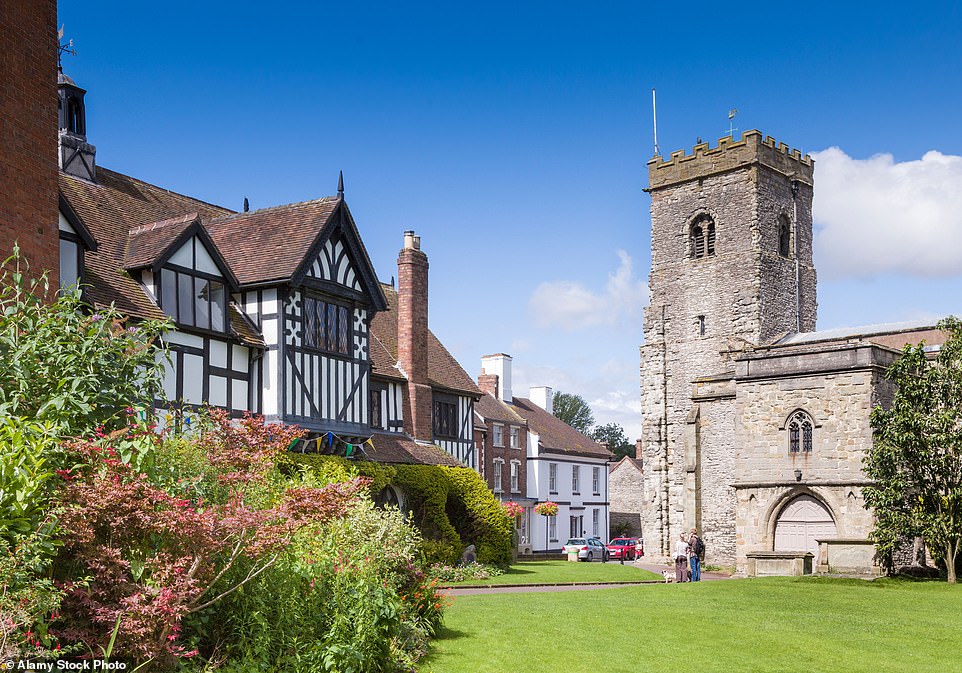 Medieval marvel: Rob Crossan visits the Shropshire town of Much Wenlock, pictured. Above is the town’s Holy Trinity Church and the Guildhall 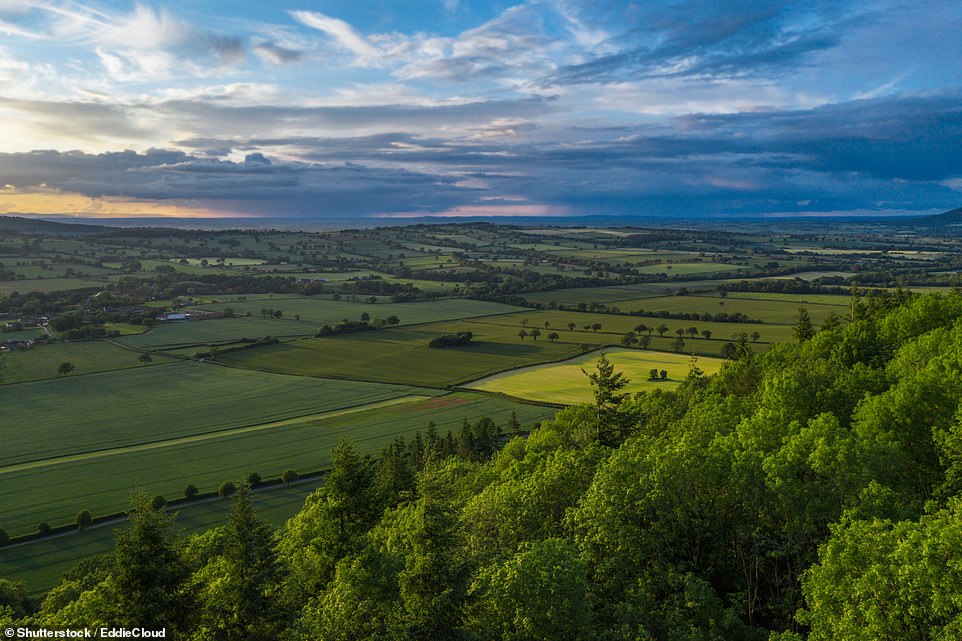 Above is a bird’s eye view of the trees of Wenlock Edge. Walking the route to Much Wenlock, Rob finds that ‘beech and maple trees form a canopy against the sunshine’

The squat steeple of the village of Harley in the middle distance is the tallest thing on the horizon, while the loudest thing on my walk is the groaning squeak of the kissing gates I wriggle through to make my way back to the road which winds down for a mile or so to the town of Much Wenlock.

The narrow streets, lined with chocolate-box cottages and Tudor beams, lead me to Gaskell Field, an unimposing expanse of flat grass where a game of cricket is taking place. It’s only a sign at the edge of the footpath that tells me the incredible back story. For it was here, in the 1850s, that local doctor William Penny Brookes established the Olympian Games.

Inspired by excavations of ancient Olympic sites in Greece, Brookes started a tournament that included athletics as well as knitting and greased pig catching. It still runs each year, though pigs and needles are now noticeably absent. The event inspired the modern Olympic Games (Wenlock was the 2012 Games mascot). 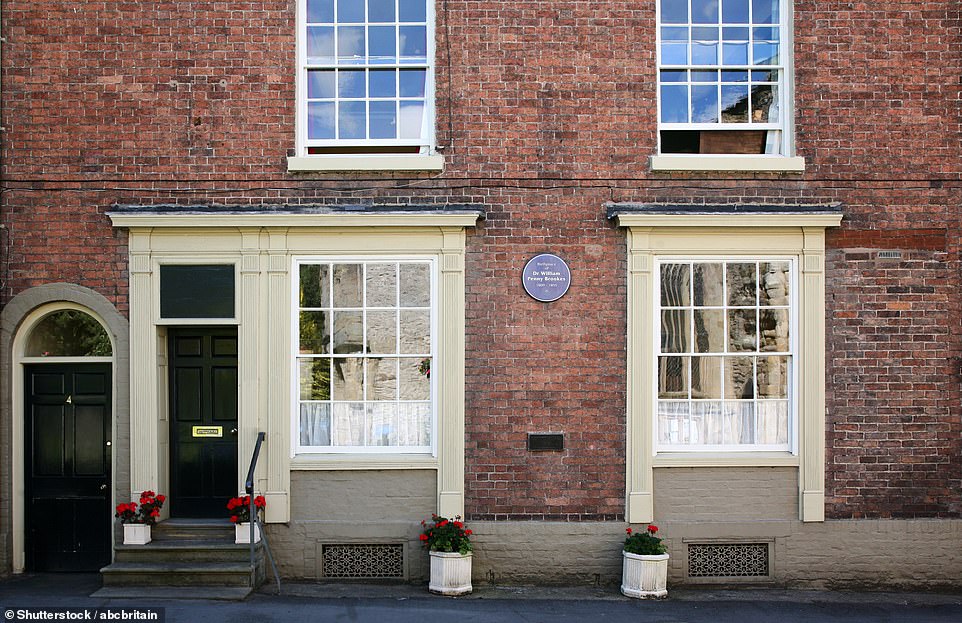 Above is the birthplace of William Penny Brookes who, in the 1850s, established the town’s Olympian Games, a tournament that included athletics as well as knitting and greased pig catching. The event inspired the modern Olympic Games

On the edge of town, I prowl round Wenlock Priory, sacked by Henry VIII at the dissolution of the monasteries. Ruins show what an immense retreat this once was for the 80 or so monks of the Cluniac order. Straining my neck, I can just see over the Priory walls to glimpse the privately owned Wenlock Abbey. This was where Thomas Hardy and Henry James stayed on visits to the town, the latter using it as inspiration for his ghost story The Turn Of The Screw.

My room is in a converted barn adjoining a pottery workshop and pottery shop. Co-owner Mike Fletcher is one of the last craftsmen in Britain to make flagon jugs, while Shelagh serves huge full English breakfasts amid the shelves of ceramics.

The town’s most garlanded bar and restaurant, The Raven, seemed like an essential stop-off, but on a quick afternoon visit I was met with haughty staff and a soundtrack of Shania Twain at a million decibels from the kitchen. 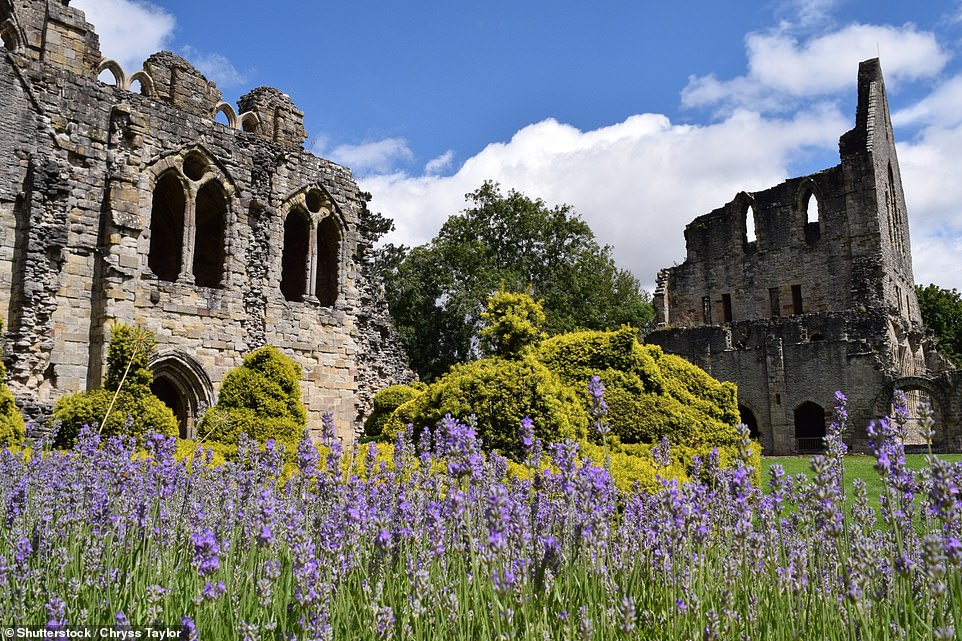 Rob prowls around Wenlock Priory (above), which was sacked by Henry VIII at the dissolution of the monasteries

It sent me fleeing to the pubs; all of which are low-ceilinged, beamed affairs full of nooks, crannies, fireplaces and great food: a ‘smokie’ of haddock, cheese and cream at The Talbot, homemade Scotch eggs in The George And Dragon and, best of all, a cottage pie in a seemingly bottomless tin tray at the Gaskell Arms.

Strolling past the medieval Guildhall the next morning, I spot a set of iron manacles dangling from a beam. This was the town’s ‘whipping post’ in the days when the building was also the courthouse and when justice was swift, merciless and far more painful.

The town’s unique Games aren’t staged again until next summer. But in the challenging size of pub meal portions and strenuousness of the uphill hiking along the Edge, the Olympian spirit seems to live on in this corner of Shropshire every day.

Doubles at Wenlock Pottery from £85 B&B (wenlockpottery.co.uk). Trains from London Euston to Shrewsbury from £67.90 return at westmidlandsrailway.co.uk. Shrewsbury bus to Much Wenlock takes 40 minutes. More information is available at visitshropshire.co.uk.