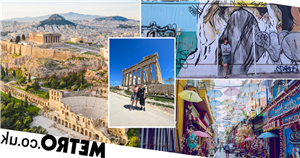 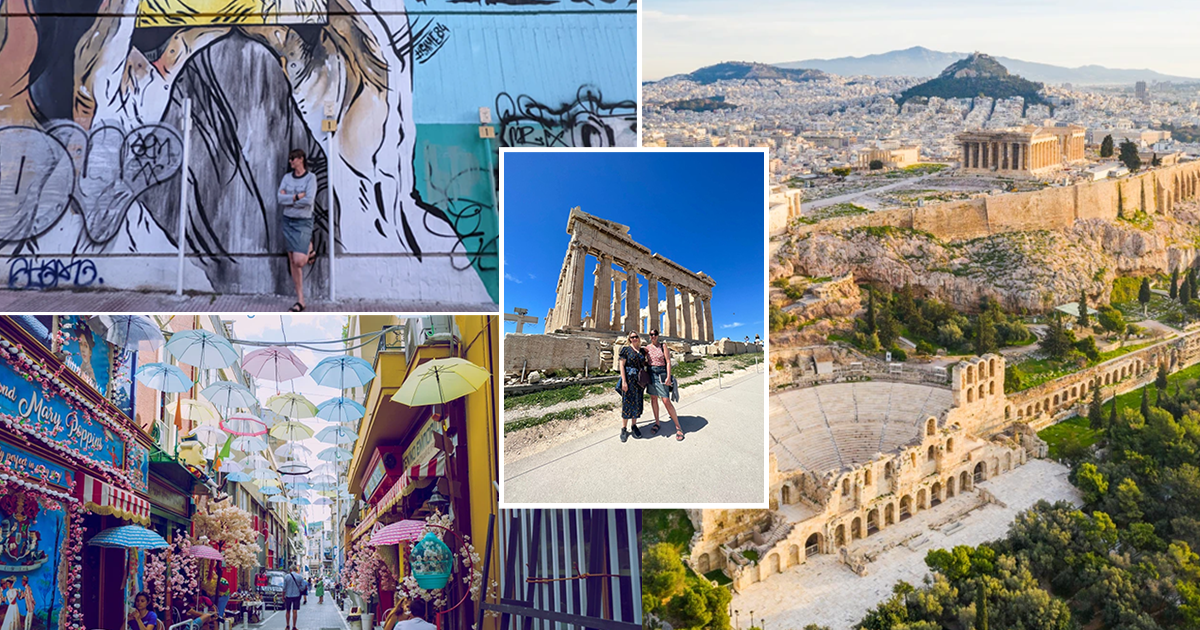 Greek gods and goddesses were – I learn during an illuminating tour around Athens’ mighty Acropolis – prone to as many spiteful feelings and actions as, well, humans.

My guide, Vassia, is spinning many entertaining yarns about the legends surrounding the serially unfaithful Zeus and his jealous wife, Hera.

To be fair, she had ample cause to treat her many love rivals the way she did, even turning one into a cow.

Hearing these tales amid the ruins of sixth-century BC temples, theatres and statues squatting on the vast rocky outcrop that looms over the city, helps bring them evocatively to life (entry to the Acropolis costs £19).

I’ve come to Athens for the weekend, or, as a recent tourism campaign would have it, the ‘Greekend’ – aimed at encouraging visitors to take a short trip to the country’s cities and, intriguingly, ‘end their week like a Greek’. Not only is Greece’s capital bursting with sights but it was recently hailed as the cheapest location in Europe for a mini-break.

After exploring some of its history, I join graffiti artist Nikos for a hit of modernity – a tour around the city’s up-and-coming neighbourhoods, via the medium of street art (£43pp with Alternative Athens).

We start in Gazi, named for the old gasworks that still tower over the area and now a hip hangout with nightclubs such as Boiler Room and Acro. Nikos points out politically charged, monochrome works by artist Ino, explaining, ‘he’s like the Greek Banksy. A lot of the art you’ll see refers to current and ongoing political situations.’

We wander through Keramikos, where potters used to work, and into the newly gentrified Metaxourgio, an atmospheric mix of abandoned and renovated buildings combined with cool bars and restaurants. Nikos ends the tour in buzzy Psiri and its narrow, cobbled lanes, where we have a drink at the cute Kalimeres, located in a former 1930s townhouse.

This serves as a jumping-off point for what turns into a large night – Athenians, it transpires, love to party – with a crawl of various drinking establishments (my favourite is the stylish, decadent Noel, which has a cocktail list with a religious vibe and blasts out 1980s hits). We end up at Box, a club with live music – it’s so much fun, I stay out until 5am.

I don’t want to get out of the massive bed but I force myself downstairs and devour poached eggs with avocado and smoked salmon.

This fuels me for a stroll around Plaka and Monastiraki, two of Athens’ oldest and liveliest districts, before I descend on Hasapika, a hot new restaurant within the Varvakios food market run by three long-haired dudes serving the best food from local producers (@hasapika_central_market).

I scoff sushi, grilled prawns and mussels and ravioli stuffed with langoustines then, as it’s still hot and sunny, I head by bus to one of the city’s beaches along what’s known as the Athens Riviera.

The Bolivar tiki bar at Akti tou Iliou does a good line in reviving pina coladas, and I stay there until the sun sinks. I have every intention of an early night when I get back to the Gatsby but the charming manager persuades me to visit its newly opened speakeasy… and that’s how I finish my weekend – just, it seems, like a Greek.

Rooms at the Gatsby from £125pn; flights from London to Athens from £44 return with Ryanair. For more info, head to thisisathens.org