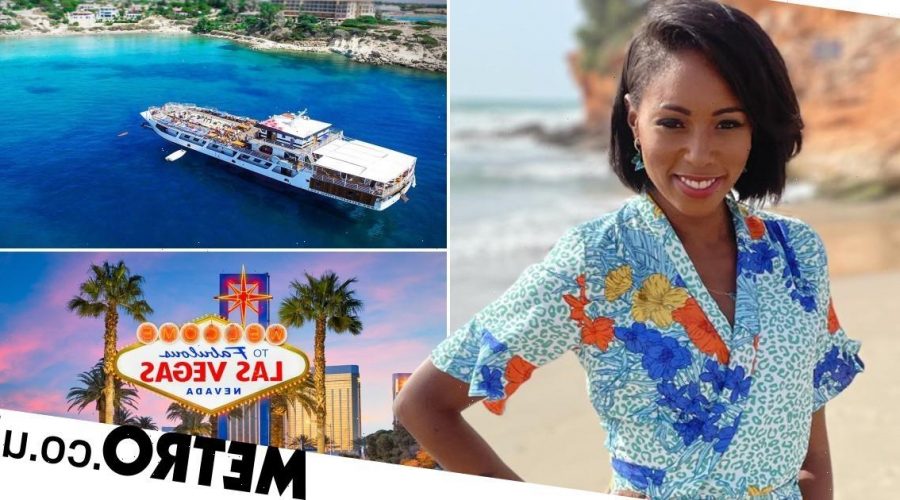 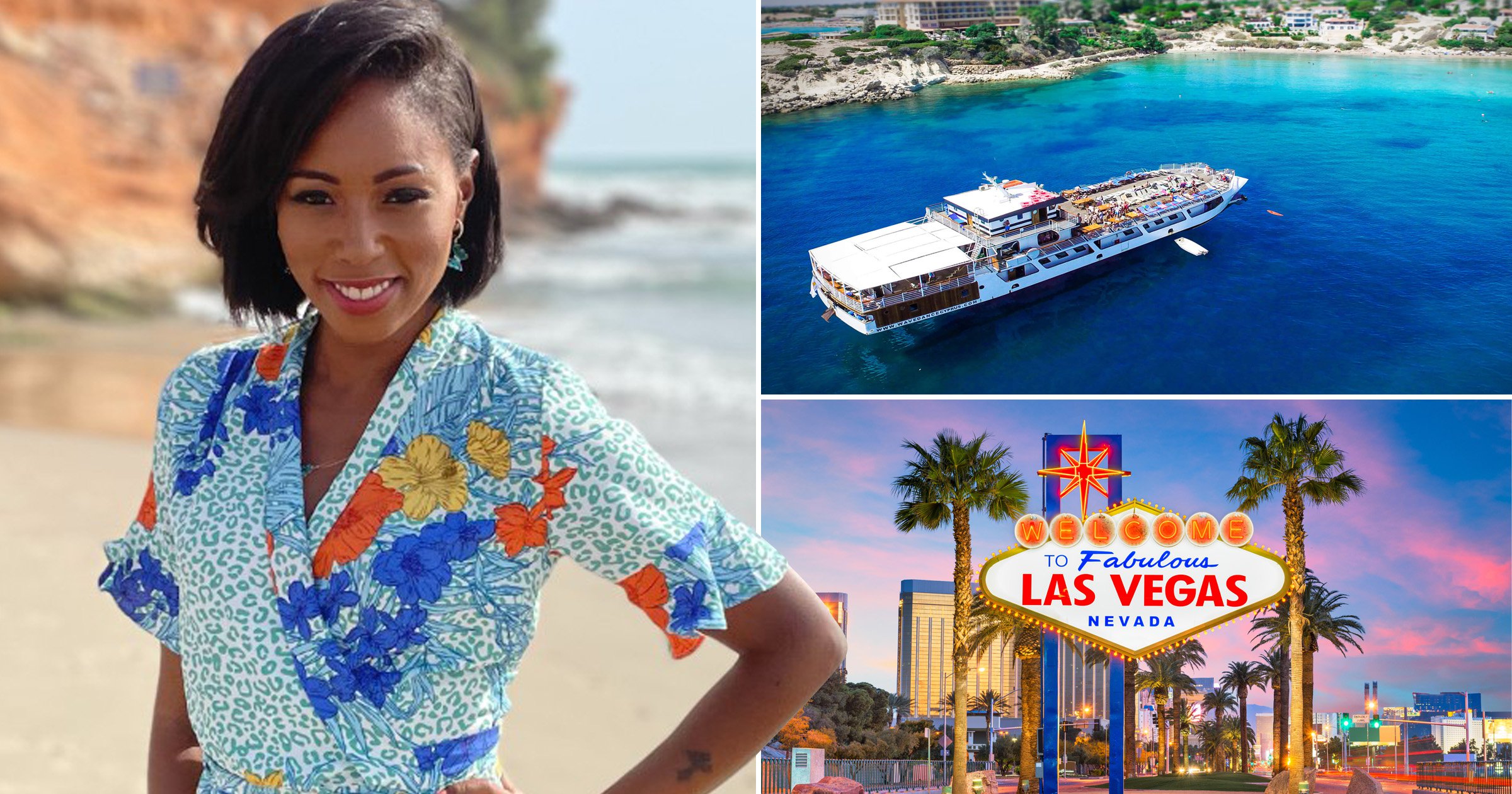 A Place In The Sun host Leah Charles-King shares her memories of sailing in Cyprus,Las Vegas nights, and how a beach in St Lucia helped with her bipolar.

What is your favourite on-the-road moment?

I was in Cyprus last October with the A Place In The Sun crew and it also happened to be my birthday.

Scarlette Douglas [fellow presenter] and the crew organised a posh dinner that evening at Oniro By The Sea in Paphos, which is a restaurant that overlooks a shipwreck.

I had mussels for starters, salmon sous vide for main and birthday cake for dessert, all washed down with a few Charlie’s Tattoo rum-based cocktails.

The next day we sailed along the Cypriot side of Paphos on a boat called The Wave Dancer Yacht. It was all-inclusive with a buffet lunch, booze, music, dancing and entertainment – so much fun, I certainly felt the love.

Las Vegas. I suffer from insomnia, so it’s a great place for me because the city never sleeps. It’s free and easy to walk into most hotels, especially the big, themed ones. Visit the Venetian Resort and take one of their gondola rides down the Grand Canal (from £29.75).

Head to the Bellagio for their special fountain shows; very impressive, and Caesars Palace offers pure decadence. I love Mr Chow at Caesars, the Beijing cuisine is delicious (mains about £45).

What keeps you sane when you’re on the road?

Coming back to my hotel room after  a long day filming and listening to music to unwind. Depending on my mood it could be anything from No Doubt to Earth, Wind & Fire.

When have you been most frightened while travelling?

I’ve had some really turbulent flights in the past, which has given me a fear of flying. Once I got caught in a tropical storm flying back from St Lucia. You know it’s bad when the cabin crew can’t do their duties and have to sit buckled up for most of the eight-hour flight.

I was crying with fear and so were most of my fellow passengers. I was sat next to a man and his wife who were so sweet. They offered to hold my hand throughout the journey. We were all petrified, but thank god – and the pilots – we made it back safely.

What is the best souvenir you’ve come home with?

Alcohol for my home bar. Especially rum. I have Chairman’s Reserve and Bounty Lime from St Lucia, Rivers Rum from Grenada and Mount Gay Rum XO from Barbados.

What has been your most life-changing experience while travelling?

I feel most at peace by the sea and always find it helps me reflect and feel gratitude. My favourite beach in the world is Anse Cochon in the south of St Lucia.

In the early days of my bipolar diagnosis and whenever my mental health was suffering, I would literally leave the UK to visit this beach and spend time with my now late grandmother.

It’s a tiny, unspoiled beach near my home in the Canaries on the west coast. I get there by fishing boat or dingy most of the time, although you can access it by car and walk down the cliff stairs via the neighbouring Ti Kaye hotel.

The worst meal you’ve ever had abroad?

I’m allergic to nuts and recently I ordered a Caesar salad while filming in Spain and the chef decided to ‘make it fancy’ (his words) by adding pine nuts and cashews to the dish. I didn’t realise this until I’d eaten some of it.

Safe to say, I had a close shave as it could have been a lot worse but I was ill afterwards.

And the strangest place you’ve spent the night?

I was filming in Salobreña in Spain and there was only one hotel in the area, which was very weird and dated.

It was packed with strange artefacts such as paintings and statues that appeared to be watching me from all angles. It was just a very strange place. It gave me the creeps.

Where are you going next?

I’d love to do Route 66 from LA to Las Vegas, stopping by Area 51 on the way. I’ve always wanted to stay in a luxury sea villa in the Maldives, and I’m determined to get out to Brazil for the carnival in Rio de Janeiro.

It’s the biggest festival in the world with millions of people lining the streets celebrating with music, booze and food. It sounds wild.

Leah Charles-King presents A Place In The Sun; catch up with all the latest episodes on All4.