I knew what not to ask for at Tinker, the cafe of Titus O’Reily’s choosing in Northcote. In Cheat, his latest book, O’Reily describes the reaction of Barcelona football club to a thuggish attack by opponent Andoni Goikoetxea, the infamous Butcher of Bilbao. "Barcelona were about as happy as I am when I go into a restaurant and find out the menu is all share plates," he writes. "Yes, they were that angry."

For those who don’t know Titus O’Reily, that’s a taster. Ten years ago, he was Alex Twomey, a high-ranking corporate specialising in crisis and issues management, but tired of the tedium. "I hadn’t written anything for fun since high school," he says. "Everything I wrote was CEO-speak and press releases." 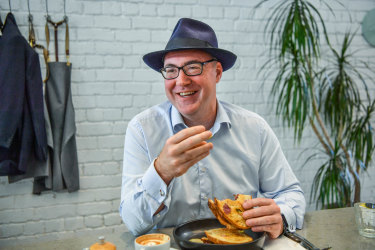 He had a footy background. His father, Aidan, was for a while executive director of the VFA (now VFL), and young Alex/Titus spent Sunday afternoons at Williamstown, revelling in the exploits of a successful side. He can reel off the stars’ names still. "I used to think the AFL was the evil empire," he says, "which I’ve learnt is true." At 13, he started going to Melbourne games, a fateful development. Reflecting on an especially dismal time in 2010, he said: "We might be the only club that lied to say they were tanking to explain their normal form."

O’Reily began to dabble in satire. His first piece was entitled The constant fear of raising a Carlton supporter. A regular blog followed, then gigs, radio and books. "People say, how do you write a book? I say: be contractually obligated," he said. Four have appeared in short order. "Writing a book, you can’t get away from sitting in front of the computer and banging away for hours," he says. "There’s a wonderful simplicity to it." 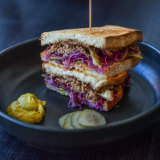 O’Reily arrived at a point where his job was thwarting his calling. "I was getting offered corporate gigs during the week and I couldn’t do them," he said. So he quit his day job to become a full-time … what? I say satirist, but he prefers humorist, because not all his jokes are to make a point and some are simply and joyfully silly. All that mattered, he says, was to be funny. "It’s like footy," he says. "If you win, it doesn’t matter how you got there." 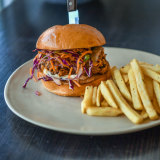 Ten years later, he’s humbled by the esteem in which his work is held. He knows AFL heavies who like his schtick despite the fun he pokes at them – Gillon McLachlan is one – and thinks it is because his obvious affection for the game shows through the lampooning.

Recently, an acquaintance told him about meeting a senior Reserve Bank officer. "On the wall behind him, he had Keynes and Hayek – and two of my books," he laughs. "I love how absurd that is. I could be the problem: they’re reading the wrong books."

In his trademark fedora, he wouldn’t have been hard to find at Tinker even if the staff there didn’t know him. He’s virtually the writer-in-residence, preferring the companionable hum to silence at home as a creative atmosphere.

We order. His is a Reuben sandwich, mine a chicken burger, augmented by lashings of coffee. It’s sort of half-back flanker food, dependable rather than flash. So soon after lockdown, a pie-and-sauce would have been enough, as long as it was out. This feels like luxury. And it has one incontrovertible virtue; it’s not share plates.

We range widely. I think of another line from Cheat: "Imran Khan said ball-tampering was part of the game and everyone did it. This was the first indication that Khan would go on to have a highly successful career in politics." 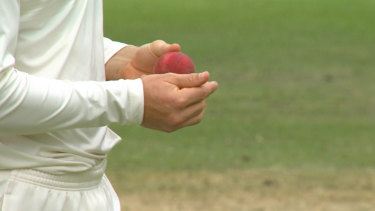 Ball tampering: part of the game?

Comedy, he says, has to get to the nub. "Satire is making a joke of the gap between what people say and their actions," he says. "The bigger the gap, the more ripe it is for satire. That’s the key. Until you get to what Trump does, which is to make the gap so big that even comedy can’t cross it."

"I’m a Melbourne supporter," he says. "I love my club, but I would never say they’re better run than any other club and they’ve never made a mistake. Sports fans are the first to say we’ve stuffed up. It would be like a Labor supporter saying we really stuffed up hotel quarantine."

O’Reily sometimes uses footy analogies about his own career. One is his aim for consistency, so that even his worst blog, gig or broadcast is still pretty good. When obliged to produce 30 blogs in a row to match 30 match-days in a row this AFL season, that became essential. 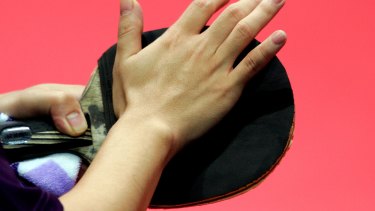 O’Reily’s favourite anecdote from his book Cheat is about paddle doping in the game of table tennis. Credit:Getty

He grew up in the east and says he was an adequate footballer, but without pretensions to a football career. He played cricket and baseball, too. The stakes were too low for him to contemplate cheating at sport, though he might have slipped an extra house onto Mayfair once when playing Monopoly.

What motivates cheats? At a Comedy Festival gig two years ago, O’Reily did a skit on a Spanish basketball team who posed as intellectually disabled to win gold at the Sydney Paralympics in 2000. "This was innovative thinking you don’t usually get outside Cricket Australia," he says. "It lived with me. I could understand cheating at a lot of things in life, but what are you going to get out of cheating to win gold at disabled basketball? Lance Armstrong at least got rich, and got to date Sheryl Crow."

It became the stimulus for Cheat. "You only need two ingredients for cheating to occur" he writes, "something to compete over, and humans. That’s it."

This was not an especially long lunch, but it could have been. The stories in Cheat are legion, but it’s not merely a list of greatest hits. Cheat is not satire, but a compendious exploration of a base but universal instinct. What amazes him is the way fans choose not to believe and how authorities don’t want to know.

My favourite anecdote is about a soccer match between Barbados and Granada in which, because of the design of the tournament, both were trying to lose. His is about paddle doping in table tennis, growing out of an accidental discovery that certain glues, some quite toxic, made the paddles much more effective.

His favourite excuse in the book is from a Japanese billiards player who said he took testosterone because his wife was entitled to be satisfied! 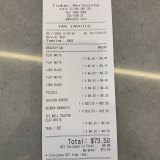 Receipt for lunch at Tinker in Northcote.

O’Reily notes that high achievers in any field are by definition not normal and so are hard for normal people to fathom. But he marvels at how they are indulged by normal people. "The personal responsibility of adults is something I’m strong on," he says. "In the Essendon saga, that was a real problem. We acted as if all these Essendon players were 12. They weren’t 12. Some were 28. I was running a multimillion-dollar department at 28."

He empathises with cheats to this narrow extent: no-one sets out to be second or third-best, not athletes, not comedians, not him, not even his beloved, beleaguered Melbourne footy club. "Humans are not very good at settling for less," he says.

Sadly, it was time to drink up, mask up and go. Lunch had hit the spot, but my lunch partner, true to his calling, left me wanting more.

Cheat by Titus O’Reily is out now.

12/04/2020 lifestyle Comments Off on You only need two ingredients for cheating to occur, says Titus O’Reily
Recent Posts
We and our partners use cookies on this site to improve our service, perform analytics, personalize advertising, measure advertising performance, and remember website preferences.Ok