The final results of Dancing With the Stars’ season 27 finale came as a surprise to many viewers — including mirrorball trophy champs Bobby Bones and Sharna Burgess themselves!

“We are a bit shocked,” the country radio personality, 38, told Us Weekly exclusively after being crowned the winner. “When they said our name, we had to look at each other for a second [because] we thought they were just saying everyone’s name again.” 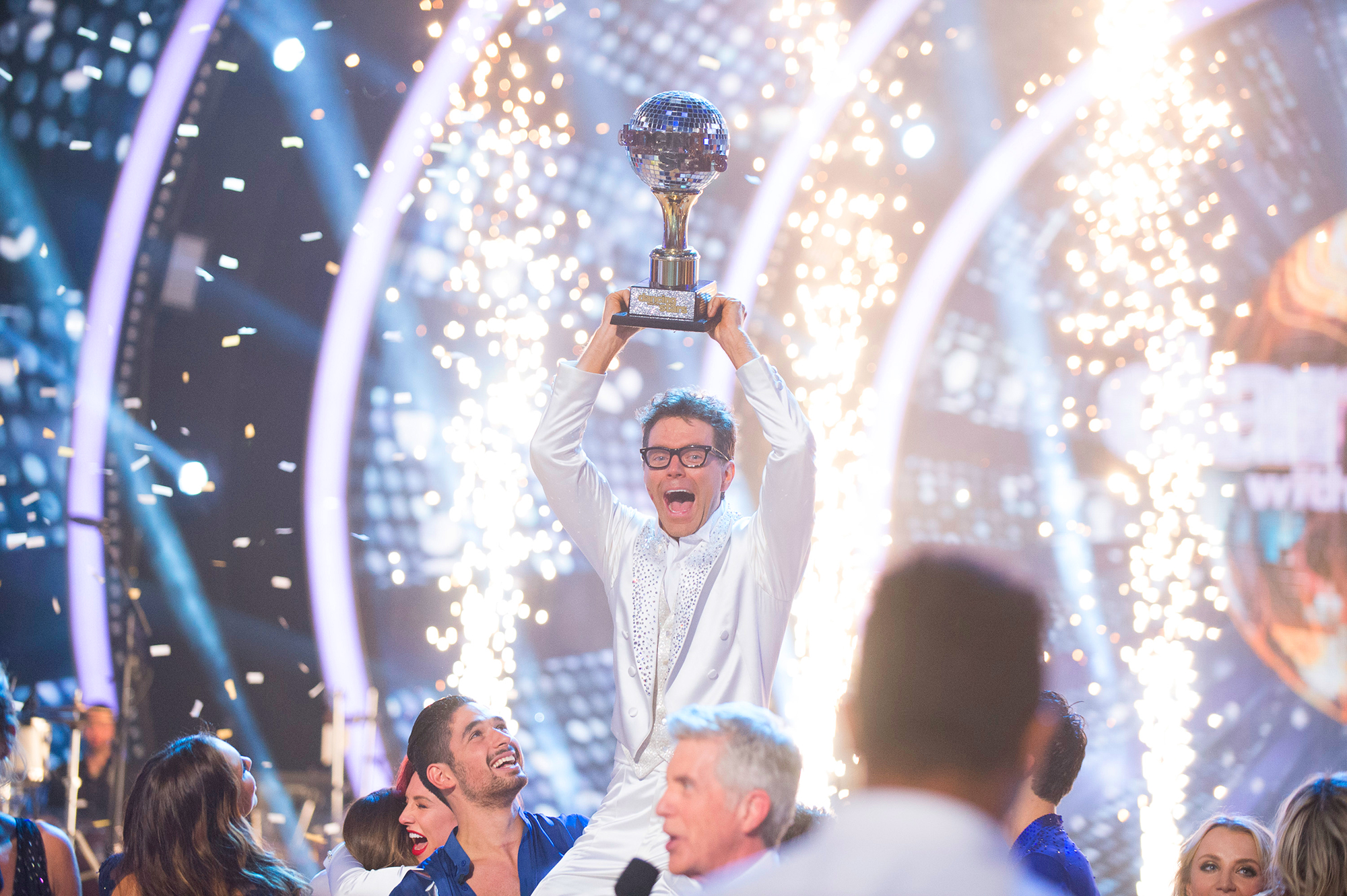 Bones and Burgess, 33, who never scored higher than a 24 out of 30, defeated finalists Milo Manheim and Witney Carson, Evanna Lynch and Keo Motsepe, and Alexis Ren and Alan Bersten. Disney Channel star Manheim, 17, was a favorite on social media, but Bones’ fan base ultimately pulled through with the votes.

“I showed up with no dancing experience and I apologized so many times when we started for her getting stuck with me because I felt bad for her. She is good,” he continued. “There were times where I couldn’t comprehend the smallest things. To have a partner that trusted me and didn’t get irritated when I wasn’t good, that says a lot for her.”

In the end, the hard work paid off and Burgess, whose previous celebrity partners included Nick Carer and Bonner Bolton, scored her first trophy.

“I’m still processing all of it,” the choreographer told Us and other reporters. “It’s insane and incredible and better than anything I could have ever imagined.”

With reporting by Carlene Stauff

For the latest TV news and interviews, subscribe to our new podcast “Watch With Us” below!