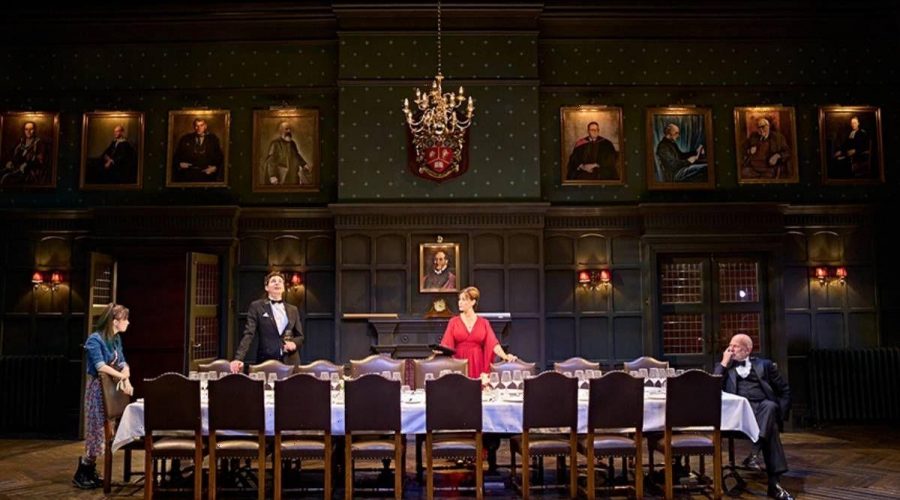 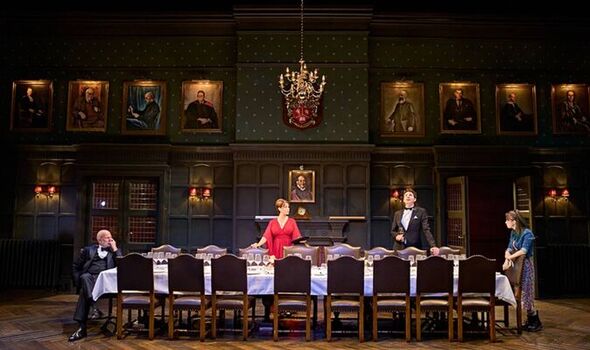 With his first script, legendary theatre director Richard Eyre has given us… exactly the same thing. Government medical adviser Sir Neil Marriott (Vincent Franklin) is throwing a fancy dinner for his recent knighthood and birthday.

Only catering manager Florence (a powerful Amanda Bright) brings any depth or humanity as she seeks closure from Sir Neil for a terrible past wrong.

With most characters and much of the acting poised between parody and cliché, I wish they’d dialled it all the way to satire and had some fun.

Instead, everyone yaps meaninglessly about Brexit, race and Covid plus class, generational and political divides – when they’re not killing time by slowly laying the table.

Wilfully obtuse Sir Neil tells Sarah the problem with her generation is they say everything and do nothing. Oh, the irony. Physician and playwright, heal thyselves.