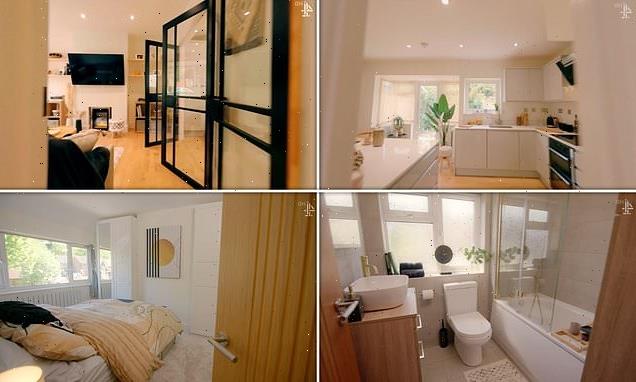 Viewers of Worst House on the Street are divided by couple’s £38,000 renovation on ‘complete wreck’ terraced home with some branding the transformation ‘too perfect’

Viewers of The Worst House on the Street have been left divided by a married couple’s transformation of their terraced home for £38,000.

Public relations consultant Harry and marketing manager Yimika, who are recently married, bought their first house together in Purley, Croydon, for £415,000 – paying £15,000 over the asking price

At the start of the programme, the couple, in their late twenties, said they had been living with Yimika’s parents for a year while they saved to buy the home.

They set themselves just six weeks to totally transform the house, with a £40,000 budget to get everything done. 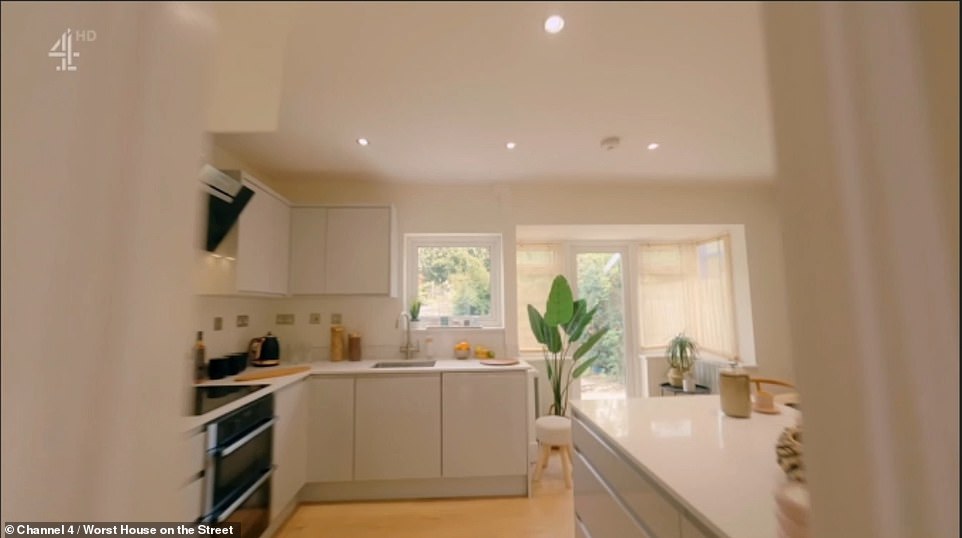 Harry and Yimika transformed their house within their budget of £38,000 after seeking advice from Scarlette and Stuart Douglas 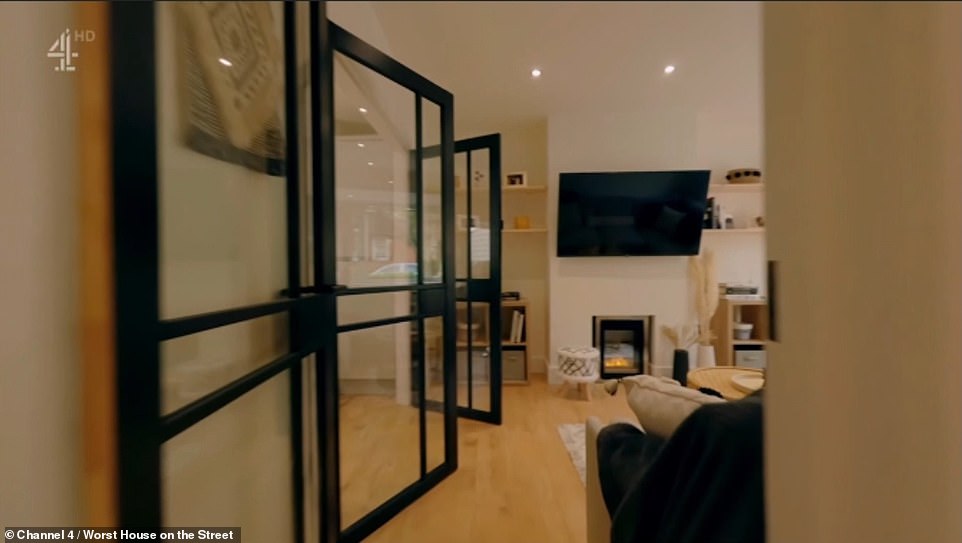 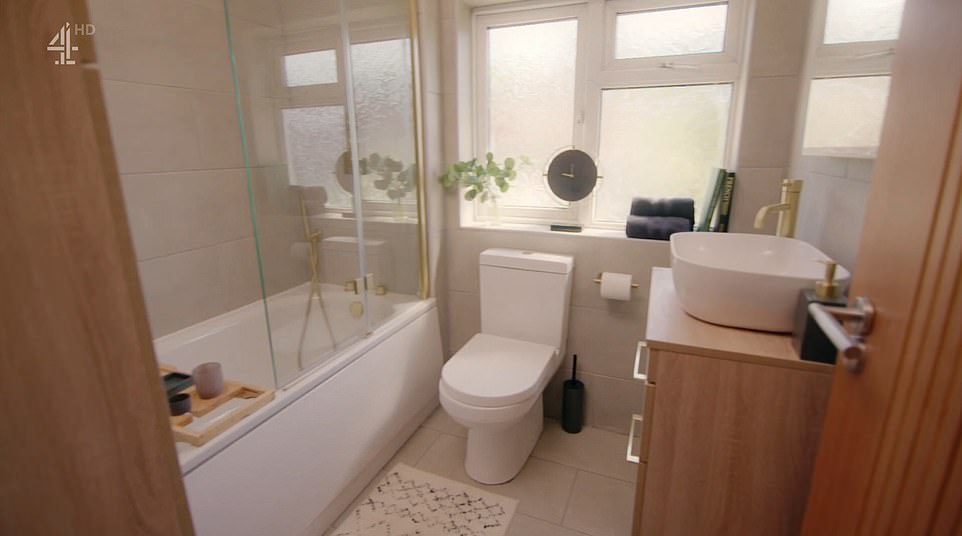 Harry and Yimika, in their late 20s, managed to transform their bathroom for £3,000, inserting a new suite and re-tiling the whole room 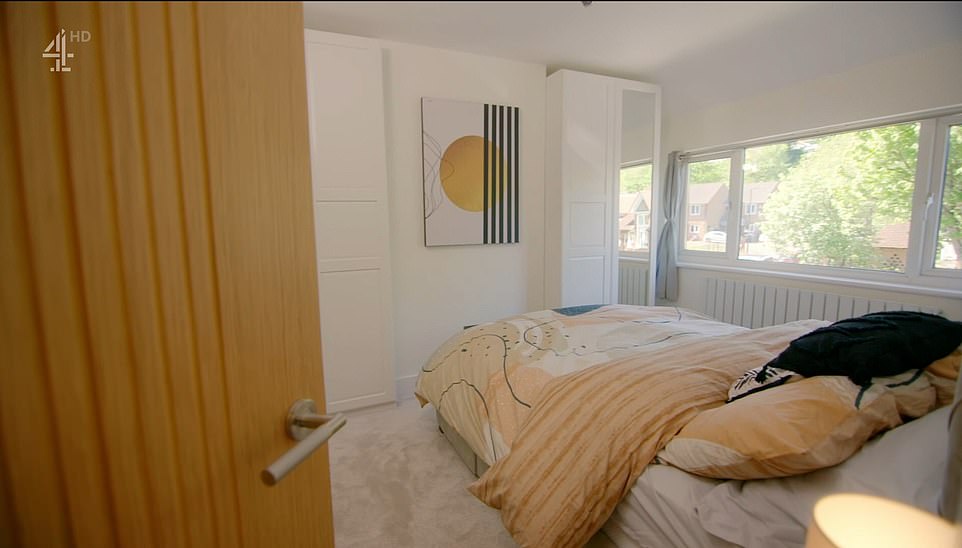 After taking advice from Scarlette and Stuart, the couple decided not to knock in their chimney breast and instead put wardrobes on either side of the existing structure

But viewers were split over the decisions the couple made throughout the renovation – with some saying they actually preferred the look of the house next door.

At the beginning of the project Harry and Yimika called in property experts Scarlette Douglas, former presenter of A Place in The Sun, and her brother Stuart, for their advice on the renovation.

The couple said they wanted to redo the entire house including a new bathroom suite and a kitchen with an island in the middle.

They also had plans to remove chimney breasts from four of the rooms at an estimated cost of £4,000 in total – which raised eyebrows among the presenters.

Considering their tight budget, Stuart and Scarlette advised the couple to ditch their chimney breast plans as they didn’t think it was the best use of money. 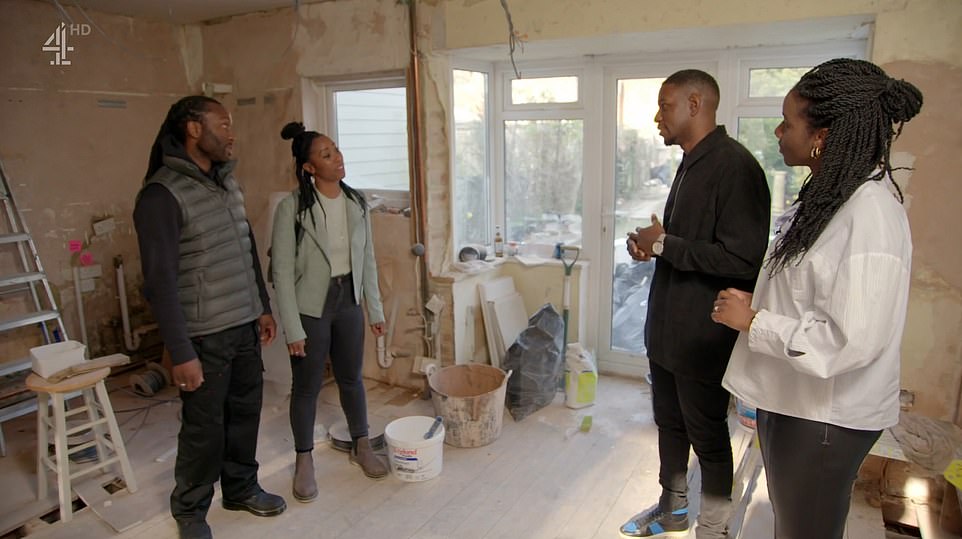 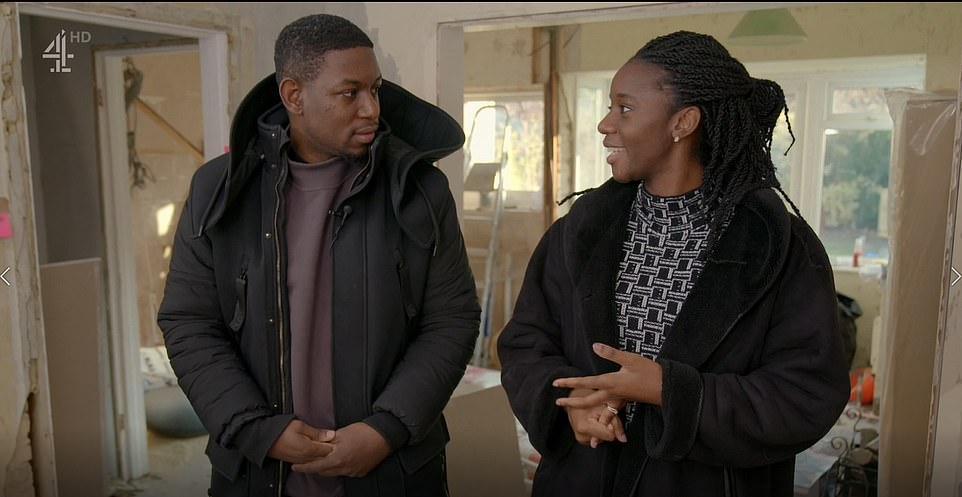 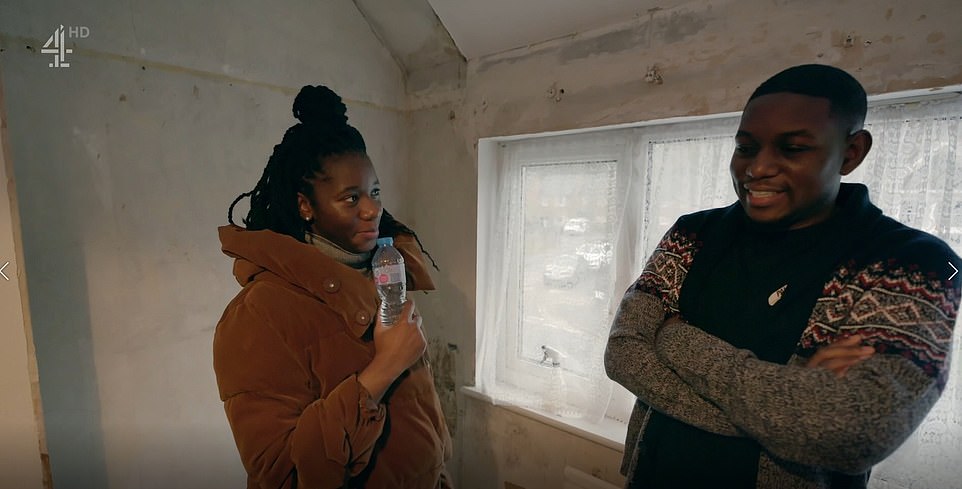 Throughout the project Harry and Yimika kept a close eye on the house to make sure everything was going to plan – but as always, there were a few bumps in the road

However, the couple ignored their advice and, as workmen began hammering at the walls of the house, Harry told the camera crews: ‘All four chimney breasts are going.’

But shortly after work began Harry received a call from the local council informing him the chimney breasts would need extra supports fitted – costing an extra £4,000 and eating well into the couple’s budget.

Staying positive, Harry told the programme they had a spreadsheet to keep track of their budget, which automatically calculated total spend.

In a funny moment, Yimika politely informed her husband that the spreadsheet wasn’t automatic, and that she was manually updating the total spend.

After four weeks on the project, the couple welcomed Stuart and Scarlett back into the house following ‘a few surprises’ along the way.

Harry revealed that they had found asbestos in the ceiling while the house was being re-plastered – which cost £1000 for removal.

As a result of the unexpected cost, the couple abandoned their chimney plans – much to the delight of the property experts.

After using Stuart’s contacts at a wholesaler to cut costs on fitting the kitchen, the couple also managed to fit a sleek new white and gold bathroom suite for just £3,000.

After following the property experts’ advice the couple managed to renovate their entire property within their budget – but they missed their target move-in date by four weeks.

Visiting the couple after the project was complete, Stuart was in awe at the transformation of the house, which he described as ‘a complete wreck’ when he first went to see it.

Viewers were divided on the final result of the couple’s £38,000 project, with one person suggesting it was ‘too perfect’

While some viewers were impressed at the transformation, others shared their criticisms.

Another said: ‘What a fab, fresh, joyous show. Lovely couple and you all made me cry a wee bit. In a good way.’

However, some people thought Harry and Yimika’s windows, which had been spray painted, weren’t as nice as the windows of the people living next door.

And one viewer had an issue with the entire look of the renovated house.

They wrote: ‘It’s all a bit too perfect and “ideal homes” if you ask me…’

The neighbours’ reviews were much more positive as they were shocked at the job the couple had done on the house.

Darren, who lives on the same road, said: ‘It looks amazing. I’m actually shocked that a house like this is on this street.’

After the renovation was complete Scarlette and Stuart asked several estate agents to value the couple’s home, with the average valuation at £485,000.

Although Harry and Yimika want to keep the house as their family home, the couple were thrilled to know they had managed to increase the value of their property.

08/02/2022 lifestyle Comments Off on Worst House on the Street viewers divided over £38,000 home renovation
Recent Posts