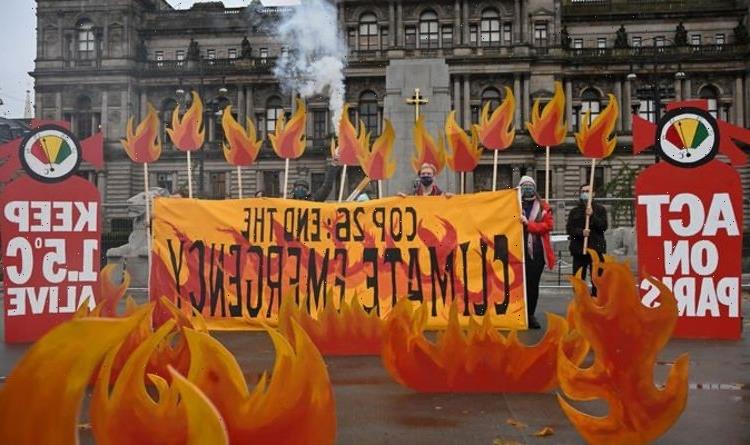 The 2015 Paris climate treaty set a goal to limit the global temperature rise since the Industrial Revolution to no more than 2C. Ideally it would be 1.5C. Beyond this, climate change is expected to run out of control. The UN says the world has already warmed by 1.2C – virtually all of it due to people – since 1850. The world is likely to hit 1.5C within just 20 years.

WHAT IS CAUSING CLIMATE CHANGE?

Burning fossil fuels releases gases such as carbon dioxide which trap heat in the atmosphere. Fossil fuels were at the heart of the Industrial Revolution and are still widely used.

WHAT MUST BE DONE?

To stick to a 1.5C rise this means halving greenhouse gas emissions in just eight years and slashing them to Net Zero by eliminating or offsetting them all by 2050. This means swapping fossil fuels for renewables, using energy more efficiently, finding greener ways to travel and reducing meat consumption.

WHAT ARE THE PROSPECTS OF SUCCESS?

These deals are usually far less than what is needed – I predict a fudge that will be used as a fig leaf by politicians around the world.

HOW IS THE UK DOING?

The UK was the first country in the word to commit itself legally to Net Zero by 2050.

It has led the world in banning sales of new petrol and diesel cars from 2030.

Since 1990 coal has been virtually eliminated from UK electricity production and renewables have soared from zero to 37 percent.

WHAT WILL THIS MEAN FOR ME?

Failure to reach a deal means the world risks plunging headlong into a rapidly changing climate.

The worst impacts will be felt first in the Third World but also here by our children and grandchildren.

In the UK we will increasingly be using renewables, electric or hybrid cars and replacing gas boilers with controversial heat pumps. We may also find ourselves under pressure to reduce overseas travel or offset emissions by paying to have trees planted.