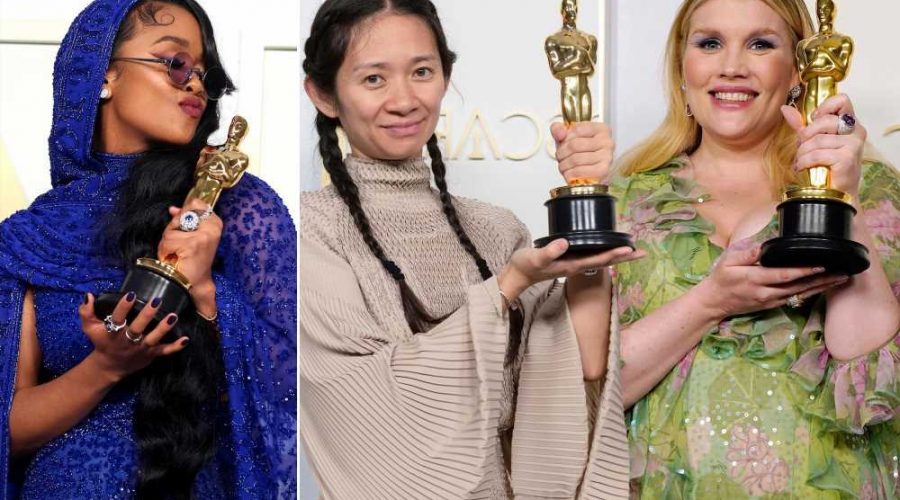 Too woke to handle: Hopkins pays tribute to Chadwick Boseman in Oscars speech amid uproar

Oscars highlights: The best and worst of this year’s show

Let’s hear it for the girls.

The spotlight was on women at the 2021 Oscars on Sunday as they scooped up a historic 17 wins last night, most notably in the male-dominated categories for Best Director and Producer.

By comparison, last night saw 30 male winners, meaning women took home 36% of statuettes up for grabs across 23 categories, according to the Wrap.

All told, 70 women were nominated this year, marking the highest total ever. By the Wrap’s calculations, of the 235 individuals named as nominees this year, 76 were women, a slice of about 23%.

It’s further evidence of a positive trend for women in Hollywood as last year’s lineup which saw 13 of them honored out of 39 winners total. The margin for 2019 was even thinner with just 15 female winners out of 54 individuals in all.