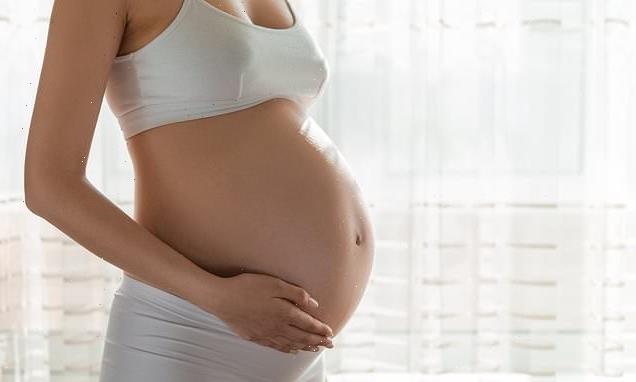 Women who want to start a family via IVF are being subjected to sexual assault, bullying and coercion by sperm donors operating through unregulated online networks, a podcast has revealed.

BBC Radio 4’s Male Order, presented by US social psychologist Dr Aleks Krotoski, delves into the shadow fertility marketplace that operates outside the regulated sperm banks and clinics, and reveals how the lack of oversight places women at risk.

‘Women seek sperm and men provide,’ Dr Krotoski explains. ‘There are no regulations, no security checks, no tests for STIs, no limits.’

The podcast hears from women who claim they were harassed by sperm donors wanting sex and those who have been attacked when meeting for an artificial insemination.

It also speaks to prolific sperm donors who reveal how they log the women they’ve impregnated and children they’ve fathered on a spreadsheet.

But despite the risks, connecting with donors via websites, apps and Facebook Groups remains a popular option for in the UK. 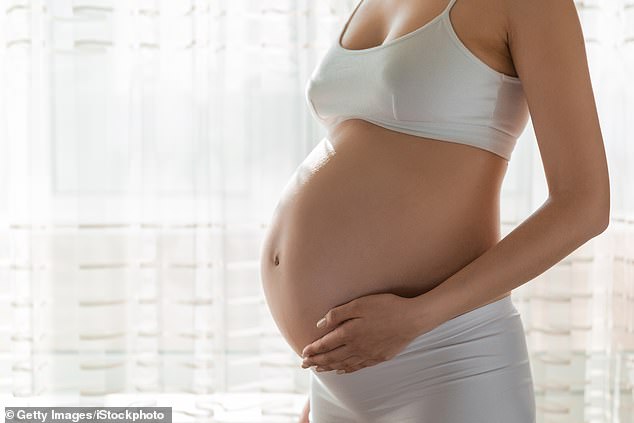 Male order, presented by US social psychologist Dr Aleks Krotoski, delves into the shadow fertility marketplace that operates outside the regulated sperm banks and clinics in Male Order. Stock image

This is partly due to the costs associated with regulated sperm banks. A single vial of semen costs in the region of £1,000, and that doesn’t include the price of any fertility treatment or additional vials, if the first insemination isn’t successful.

There is also the issue of contact with the donor. In the UK, donor-conceived children have the right to learn the identity of their biological father when they turn 18, but will not have contact with him before that time.

Some families want the sperm donor to have a greater involvement in their child’s life, and therefore opt for a donor found online instead.

Dr Krotoski and her team estimate there are roughly 100,000 people active on these networks at any one time.

Such websites are of great value to families, and many have had huge success. But some donors abuse their position of power.

They have the information, access, and the semen, and use this to put women in sometimes uncomfortable and dangerous positions.

Dr Krotoski spoke to one woman who claimed 75 per cent of her interactions with potential sperm donors turned sexual after three private messages. 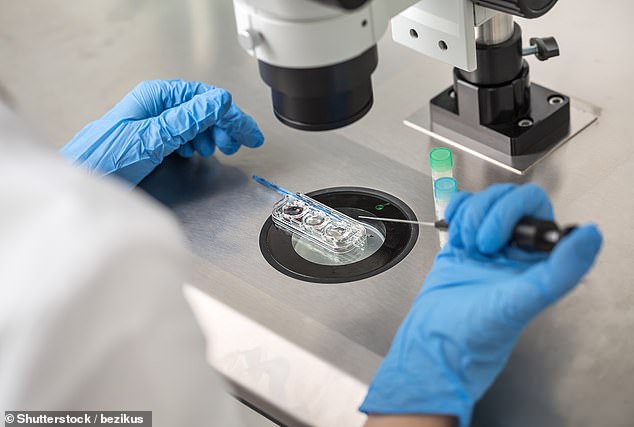 The popularity of online groups is partly due to the costs associated with regulated sperm banks. A single vial of semen costs in the region of £1,000, and that doesn’t include the price of any fertility treatment or additional vials, if the first insemination isn’t successful. Stock image

Some donors falsely claim having intercourse, known in the marketplace as ‘natural insemination’, gives a better chance of conception than artificial insemination. This can lead to women having sex when they don’t want to.

One American woman named Jasmine said: ‘I ultimately think they don’t want to donate, they just want to have sex with people. They’ll put on their posts “natural insemination only” or “God’s way of conceiving”. I’ve learned that most of the time, they don’t have any evidence to back that up, they just say “it’s God”…

‘You are walking into a lion’s den on the internet. Is this something that is definitely more common, that you can be hurt? Yes, it is. But you go into it knowing it’s a risk.’

Another woman, named Veronica, told how she agreed to meet a donor at his house for artificial insemination. The plan was for him to ejaculate into a cup, then present the semen to Veronica for her to inseminate herself in another room.

HOW DOES IVF WORK?

The menstrual cycle is first suppressed with medication before other drugs are used to encourage the ovaries to produce more eggs than usual.

An ultrasound scan is carried out to check the development of the eggs, and medication is used to help them mature.

The eggs are then collected by a needle inserted into the ovaries, via the vagina, before the eggs are fertilised with sperm.

Finally the fertilised embryo is transferred into the womb to grow and develop.

Despite IVF being most effective for the under 35s, 57 per cent of IVF cycles are undergone by women 35 or older.

But he attacked her when she stepped through the door, pushing her against the wall and kissing her. When she told him to stop, he said: ‘Come on now, you’ll do something more for me, won’t you?’

Veronica recalled: ‘He put his hand on my leg and to this day I’m grateful for getting out of that house. I know I was silly enough to walk into a dark house with a man I barely knew, but I’m grateful I was able to get myself out of that situation.’

Another woman, who was not named, told of how she was sexually assaulted by a donor she agreed to meet at her house for artificial insemination.

‘The first time he came, I started blacking out,’ she said. ‘He touched me in places I didn’t want to be touched and it was a huge trigger. He had absolutely no respect for me or my children.

‘He didn’t care if my children were up. He wanted what he wanted: sex. “No” wasn’t acceptable. He came three nights, I told him I didn’t know if I was ovulating but he would insist.

‘The last time we talked, he wanted to come again, but I didn’t want him to, and he got mad, he was angry at me. He kept saying he had needs too. He kept texting me to just let him come, said I messed up his weekend. But I was adamant and stuck with “no”.

‘The next day, he texted me how he had just gotten someone pregnant and I could’ve been pregnant too, but I would never be pregnant.’

The podcast also recounted the case of Professor Gennadij Raivich, 52, a neuroscientist from North London who was convicted of molesting one of his clients.

Raivich  set up a ‘breeding programme’ on the internet to artificially inseminate women who were desperate to start a family. The academic – who has three children of his own – visited the women at home and pretended he was trying to help them.

But a court heard how Raivich ‘exploited’ women who were ‘desperate to conceive’ from his own ‘sexual gratification’.

He even told victim Claire Long that her chances of becoming pregnant would be increased if she orgasmed during the insemination process, the court was told.

The professor, an expert in maternal and foetal medicine who worked at University College London, was found guilty in July 2014 of sexually assaulting Ms Long. He was cleared of abusing two other women.

But he avoided being jail after the judge said he had already suffered a loss of reputation and employment. 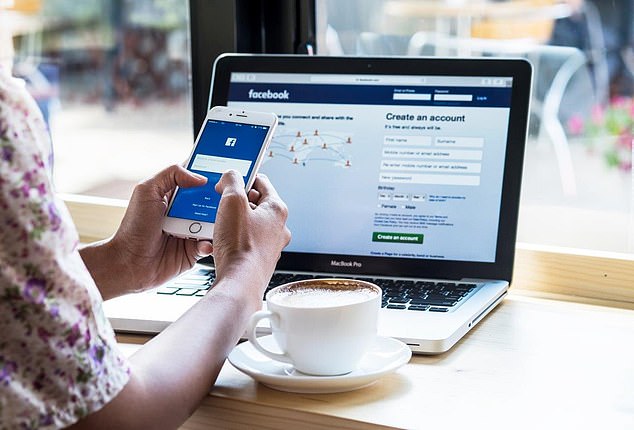 Some of the Facebook groups are overseen by moderators who check profiles and intentions before allowing new members to join. Members can also report each other, helping to weed out the bad apples in the group. Stock image

Dr Krotoski spoke to the admins and owners of several sperm donor groups and apps around the world who said they had never heard of a case when someone had been dangerous or assaulted.

‘This seems either naive, or like they are deliberately suppressing something,’ Dr Krotoski says. ‘The question is not whether it exists or not, but how to fix it.’

Beth Gardener, who runs the Known Donor Registry, said some victims are put off because they don’t want any legal issues to affect children they have with the sperm donors.

Dr Krotoski claims this problem is exacerbated by the fact that there are ‘no women-owned sperm donation Facebook groups… no safe places for them to talk without a donor watching over them.’

The donor-only groups, or donor run groups, keep the power firmly away from the recipient.

A man behind one group said he doubted the reports of inappropriate behaviour.

Although some sperm donors genuinely want to have a few children, or see themselves as being Good Samaritans, others have become incredibly prolific super donors, racking up dozens of donations.

The podcast heard from one man in the US who spoke about how he transformed his lifestyle to maximise his chances of being a successful donor, from eating healthily to taking fertility supplements, and wearing special underwear with built-in ice packs that are designed to keep the semen cool, preventing them from dying off.

Another American donor told of how he keeps a spreadsheet with his recipients and the number of children he has fathered.

His description of a recent trip to Europe illustrates the transactional nature of his life as a super donor.

He said: ‘I flew to Copenhagen and I was there for a week and the girl ovulated early, so I ended up not donating to her.

‘So then I flew from Copenhagen to London, stayed there, donated to a girl, then the girl in Sweden got a positive. It’s 1.30am so I booked my flight for 9am to go see her. I barely got any sleep.

‘I flew back to Copenhagen, I had to cross the border into Sweden, I donated, I was there for 30 minutes, donated to a girl in a cup. Flew back to London, and in London I donated to three more women. On this trip, the Sweden girl got pregnant, and three UK girls got pregnant.’

Some of the Facebook groups are overseen by moderators who check profiles and intentions before allowing new members to join. Members can also report each other, helping to weed out the bad apples in the group.

However there are flaws in this system, with Facebook rules preventing members from posting complaints about bad actors for fear of ‘bullying’ and moderators removing negative comments.

Now Facebook and other platforms are taking a more active role in moderating such groups.

Emily Bell, Director of the Tow Center for Digital Journalism, said: ‘What we’ve seen is the platform companies have started to flex their own muscles in terms of content moderation… and becoming a proxy regulator for this type of communication.

‘But they’re pretty small companies compared to the number of people there are talking on their platforms so inevitably there are spaces they just aren’t in.

‘This is why we have seen a number of Bills in different part of the world but notably in Europe and the UK emerging that specifically tackle this idea of online harms.

‘They’ve all got this idea that platforms, even if they’re not moderating these spaces, they should be able to demonstrate that they know what kind of harm might come from some of the activities that take place on their platforms… and that they’ve got measures in place that could mitigate against it.

‘At the moment it is just a wild west of where anything goes.’

Facebook said in a statement: ‘We know that Facebook can be a place where people discuss personal medical issues, which we allow. These can include communities discussing cancer treatment, elder care and issues relating to fertility.

‘However we have explicit rules against sexual solicitation to help keep people safe and regardless of whether this takes place in a private group or not, we remove this content when we find it, and encourage people to report it when they see it.’

It added it did not allow content that facilitates and encourages or co-ordinates sexual encounters between adults on its platform.