A grieving woman wants to commission a designer to recreate her late mother’s 1953 wedding gown – using strands of her hair she’s kept since her death in August.

The anonymous 61-year-old, who lives in Bristol, explained in an ad posted on Sewport that she’d been collecting strands of her mother’s hair since she first fell ill in 2014, and is now willing to spend £15,000 on a ballgown that will serve as a ‘special memento of her life’.

She said in her ad – which includes a sketch indicating that the gown should have hair sewn into the bodice, a ‘hair lining collar’ and ‘hair fringe trim’ to the sleeves and hem – that the project requires a specialist as ‘the material I’d like to create it from is admittedly quite weird’.

She explained she needs the dress in time for the first anniversary of her mother’s death, in August 2019.

She said she has ‘one large box’ of her late mum’s hair, enough to be used to create a fringe on the neckline, sleeves and hem, as well as a ‘lacy, floral design made with the hair’ for the bodice.

Sewport has said no designers have yet expressed an interest in taking on the project. 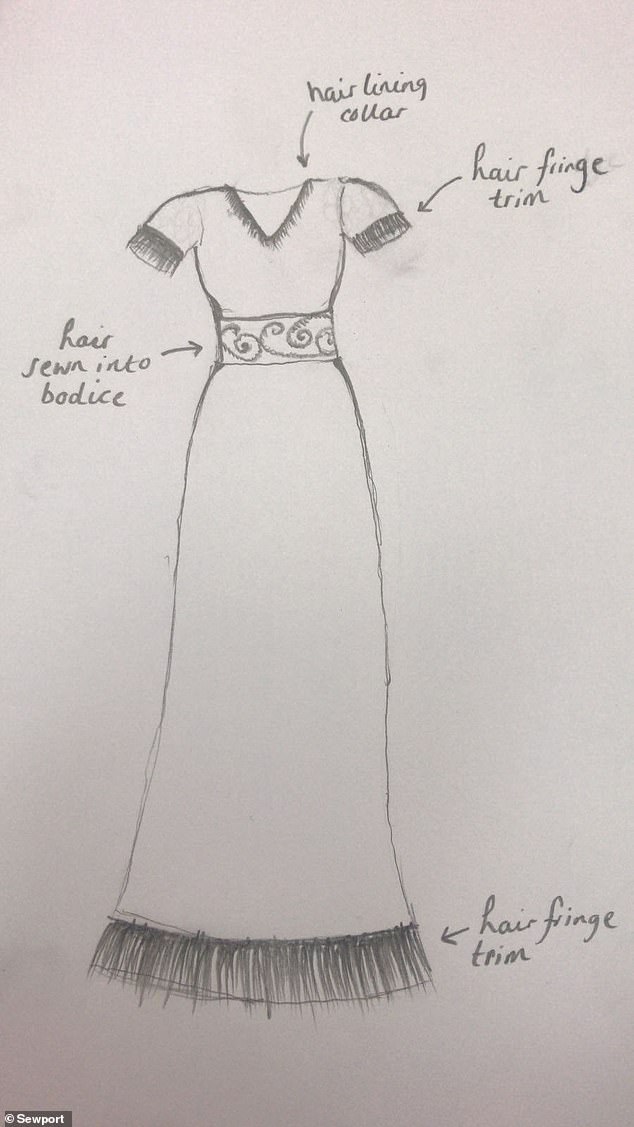 The anonymous woman, 61, said she’d been collecting her mother’s hair since she first fell ill in 2014, and since her death in August, has ‘one large box’ of her late mum’s locks that she wants to turn into a bespoke ball gown

The advert reads: ‘I found out my mother was ill in 2014 and from that point onward I began to collect her hair. At the time I wasn’t sure why I was collecting it, however now I think I do.

‘I’d also like the bodice around the midsection of the dress to have a lacy, floral design made with the hair. I’ve been collecting her hair for over four years and have one large box of it, which I think should be enough.

‘I know this is a strange request, and I know that it may cost quite a bit, so I’ve set aside around £15,000 to make it happen.

‘The dress is ballroom-style, I’ve sketched what I want it to look like and ideally it will be ready for August next year, which will be the anniversary of her passing.’ 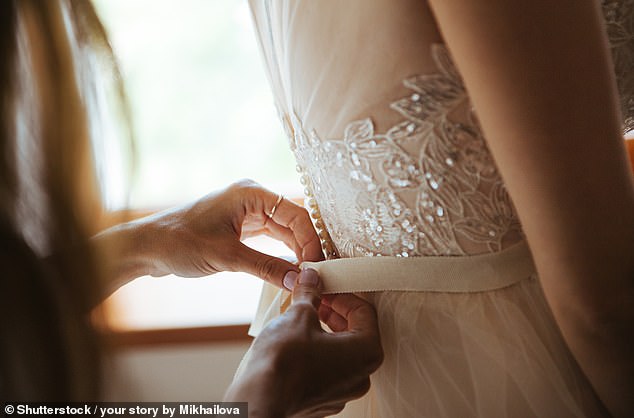 In the sketch the woman illustrates an impression of the hair being used as a fringe trim throughout the design.

Sewpoint who specialize in connecting fashion industry professionals revealed no designers have yet come forward in response to the advert.

Speaking to the Bristol Post, Sewport founder Boris Hodakel said: ‘Obviously it’s not every day we get requests like this through, and despite having more than 500 manufacturers on site, no one’s shown any interest in carrying out the work yet.

‘Our goal is to give everyone, from professional designers to students, the chance to create exactly what they have envisioned – even if it is a dress made of hair.’