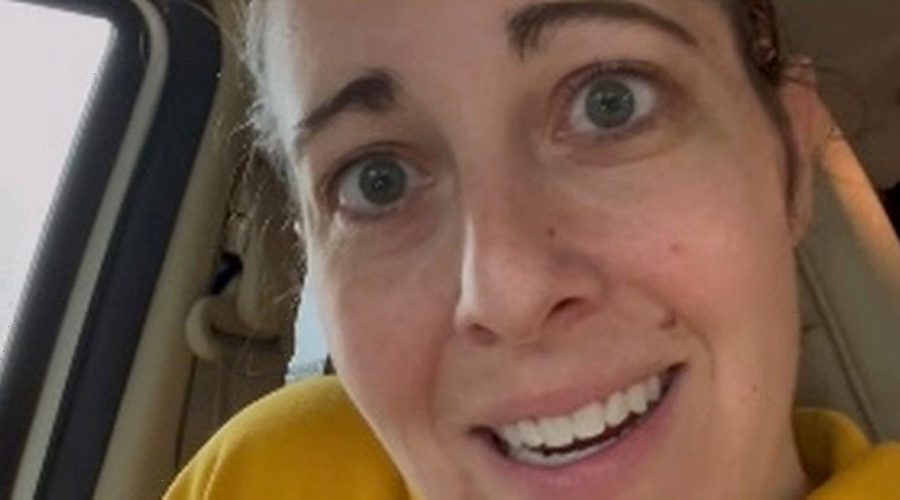 A mum-of-four was left in hysterics when she dropped off her son at school and got "humbled" by his friend because of her appearance.

Kristina Reed, from US, shared the hilarious conversation she had with her son's friend and realised he had mistaken her as two people.

She spoke from inside her car: "So I just dropped my son off at pre-school and another little boy came up to me and said 'where's Josiah's other mum?'

"I'm like 'he only has one mum'. This little boy said 'no, he has two, he has you and the pretty mum – the one that picks him up from school every day'." As a busy mum, Kristina had to rush in the morning to send her children to schools and she often had no time to dress up.

"Plot twist… I'm both mums," she wrote in the caption.

Viewers were in stitches when they realised how "savage" kids are these days.

"Big, big compliment, but for some reasons it stings," one expressed and another wrote: "Oh kids will humble you real fast." A third saw the bright side of the story: "At least he called you pretty half the time."

"I am the two mums as well! When I get ready, everyone asks where 'my partner' is. Pretty accurate!" a parent shared.

"Mornings are rough on us mums," another woman shared.

Meanwhile a mum and toddler specialist left people divided when she showed a "fun way" to teach kids to wipe their bottoms.

Using two balloons and Nutella to demonstrate the action, parents said they were put off eating the hazelnut spread after watching the video.

One believed her children would ditch the toilet paper and lick the spread off the balloons.