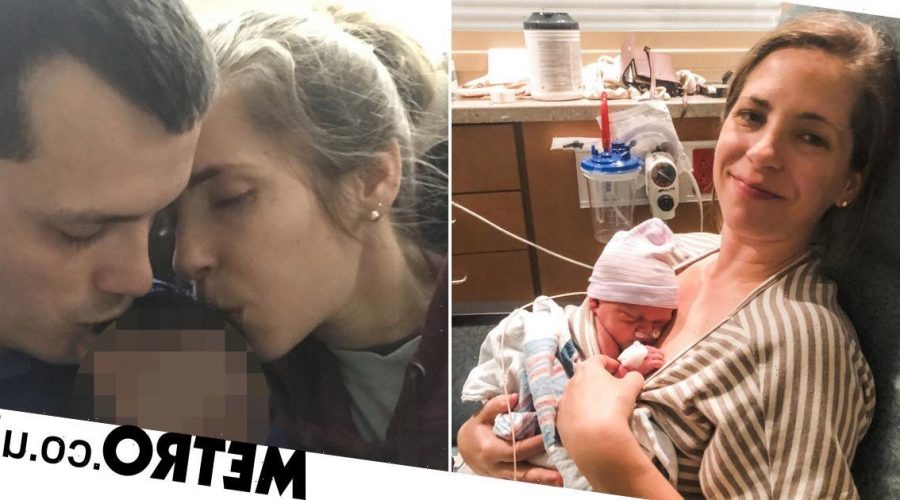 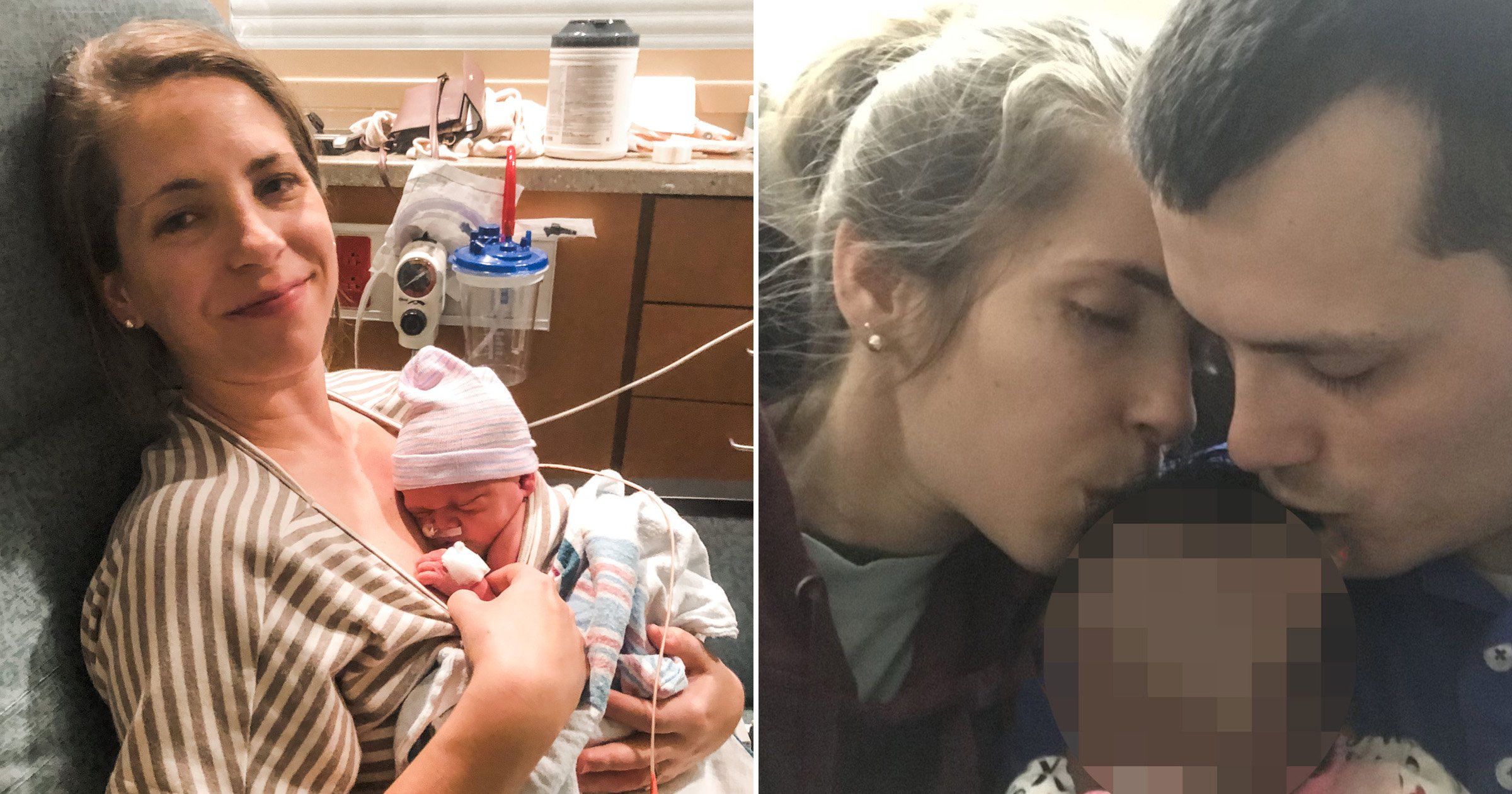 A woman has shared the heartache of adopting a baby girl and taking her home – before having to give her back when her birth parents changed their mind.

After being given less than a 1% chance of conceiving naturally, Sarah Howell approached an adoption agency with her husband Chris.

The couple were delighted to be matched with a newborn – just an hour after finding out Sarah had miraculously fallen pregnant.

But, just five days after picking the baby up from the hospital and taking her home, the child’s birth parents changed their mind.

Registered nurse Sarah had to give her back. She says the pain was so deep she feared it would induce a miscarriage.

‘Saying goodbye to her hurt more than words can adequately describe,’ says Sarah, who lives in Virginia, US.

‘It felt like an actual death to us because we knew we would likely never see her again.

‘She made us parents. She helped heal a part of our hearts that infertility broke.

‘She made me a mum even if it was only for a few days.’

Months later Sarah gave birth to son Noah Howell, and the couple have since adopted Levi, one, and fostered another boy, two months old.

Sarah says she has no ill-feelings towards the parents who took back their daughter – and thanks them for making her a mum for a few short days.

Before she fell pregnant with Noah, Sarah was horrified when doctors told her endometriosis would make it very difficult for her to conceive.

Doctors told her that if she wanted to have children she should start trying ‘sooner rather than later’.

‘It was devastating and sent me into a situational depression,’ says Sarah. ‘We knew we wanted a family.

‘My husband was more positive and was able to often view things from the bright side, but for me it was a major grief process.

‘Marriage counselling during this time was crucial and I don’t think our marriage would have withstood that low place in our lives without help.’

The couple tried to get pregnant for three years, with Sarah undergoing multiple surgeries and hundreds of injections, pills, and negative pregnancy tests.

In April 2017, they travelled to a reproductive immunologist in Chicago for a whole day of tests, but were again told that the likelihood of them conceiving naturally was less than 1%, and that door was finally closed.

‘Hearing our chances of conceiving were so slim allowed us to move on and begin the grieving process of possibly never experiencing pregnancy,’ says Sarah.

She and Chris decided then and there that they were ready to adopt a child.

They completed their home assessment and were added to the up to three-year-long waiting list.

But then in January 2018, Sarah felt a bit ‘off’ and took a pregnancy test.

‘When I opened my hall closet that morning the pregnancy tests were staring at my front and centre when they are normally tucked away and out of sight,’ she says.

‘I had been going back and forth on whether to test before this so once I saw them I decided to go for it.’

It was positive for the very first time.

‘I sobbed. I cried so hard I could barely breathe,’ she says. ‘It really was the shock of my life.

‘I remember I asked myself a million times that day, “how is this possible?”‘

Just one hour later, a social worker from the adoption agency called to say they had been matched, and could meet their baby girl in just three weeks time.

The couple picked up their adopted daughter while Sarah was eight weeks pregnant, and they fell in love instantly.

‘When I walked into the hospital room her birth mum was holding her and lovingly placed her into my arms, she said “meet your mum, baby girl”,’ she says.

But, after five days of family bliss, they received a devastating phone call.

The birth parents of their new daughter had changed their minds and wanted her back, which they can legally do up to ten days after the birth.

‘I was feeding her when the call came through,’ says Sarah.

‘I fell to the floor in despair. I kept saying over and over to my husband, “you’re joking, this is a joke right?”

‘I always say the pain we felt that day was worse than our three years of infertility combined.

‘We do not hold anything against her birth parents.

‘If we could, we would tell them how much we love them, and how lucky baby girl is to have them as parents.’

In October that year, Sarah went into labour and gave birth to Noah.

‘It was surreal and felt like an out of body experience,’ she says.

‘When I pulled him to my chest I found myself talking to God thanking him for giving us this miracle and making it to the other side of infertility.’

When Noah was one, the family received another call from a social worker, saying they had again been matched to a baby boy.

They went up to meet the one-day-old in the hospital, and named him Levi.

But this happy union did not come without the fear that he could be taken away just as their daughter had been before.

‘I knew I wouldn’t be able to prevent this so it felt vulnerable and scary to love a child again knowing they might not stay,’ says Sarah.

The family decided to become foster parents to help more children, and took in a baby boy in June this year.

‘As a mum of three boys under three, I feel like I am forever cleaning up messes, playing referee, and changing diapers,’ she says.

‘I will miss this one day so I remind myself to enjoy the now. It is what we prayed for for so long after all.

‘Three under three is certainly an adventure and at times utter chaos.

‘But the giggles, laughter, and joy far outweigh anything else.’