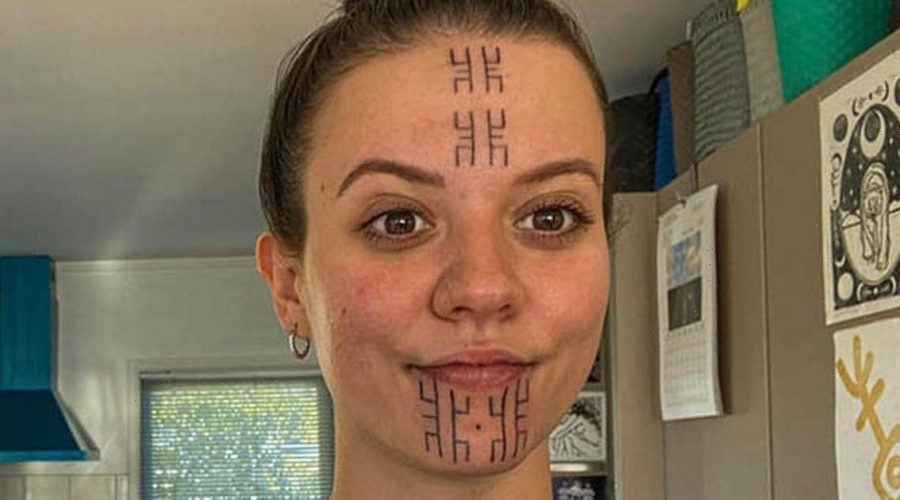 A nightclub in Australia has faced backlash after it prevented a Papuan-Australian from entering its Fortitude Valley premises due to the fact that she had cultural face tattoos.

The club, in Brisbane, turned away Moale James, 23, when she was out celebrating her boyfriend's birthday.

During the course of the night, it's alleged that Latin American bar Hey Chica! wouldn't let her enter the premises due to her reva reva.

Reva reva is the traditional name for the facial tattoos, which are cherished, traditional markings within her mother's Papua New Guinean village of Gaba Gaba.

Speaking to ABC, the 23-year-old said she predicted she may have to face such an experience at some point, but said it was still hurtful to have to face discrimination over the traditional markings of her ancestors.

"[The security guard at Hey Chica!] looks at my licence, then he looks at me and he says, 'I can't let you in because of your face,'" she told ABC.

"I've received discrimination before for my marks, but not to the extent of being refused entry."

Since the incident took place she's since shamed Hey Chica! on social media – dubbing their actions as both "discriminatory and racist."

The bar responded to her complaint via a private message, but apparently didn't apologise.

"We are sorry to hear of your experience," the message reads.

"While we appreciate that our rule has caused you unintended distress, we do enforce a blanket policy that prohibits head and face tattoos at Hey Chica! along with other conditions of entry.

"While we understand this is a strict policy, we will continue to enforce this under the Liquor Act."

The policy the bar is making note of is Queensland's Serious and Organised Crime Legislation Amendment Act.

It was introduced by the Palaszczuk Government in 2016, and works to policy what colours, clothes, or insignias people can or can't show when visiting licensed venues.

Back then it's said it was put in place to specifically target "bikie gangs" such as Hell's Angels and the Fourth Reich, but it doesn't actually ban people with facial tattoos from visiting licensed venues.

"It's 2022," she said. "It's not OK to just assume that this one blanket rule can cover everybody with a tattoo. It's ridiculous."

The 23-year-old explained she had her reva reva around a month ago, and she decided to have it to celebrate her university graduation.

She continued: "All of my marks signify a different moment in my life.

"I wear the marks of my ancestors on my body – they identify who I am."

A spokesperson for Queensland's Office of Liquor and Gaming Regulation (OLGR) told ABC it did not control what people can wear in licensed venues, with the exception of prohibited items linked with identified criminal organisations.

"Licensees may also refuse entry to a person for any other reason provided doing so is not in contravention of discrimination laws," the spokesman told the ABC.

"A patron has an ability to take a matter to the Queensland Human Rights Commission if they feel they have been personally affected by discrimination."