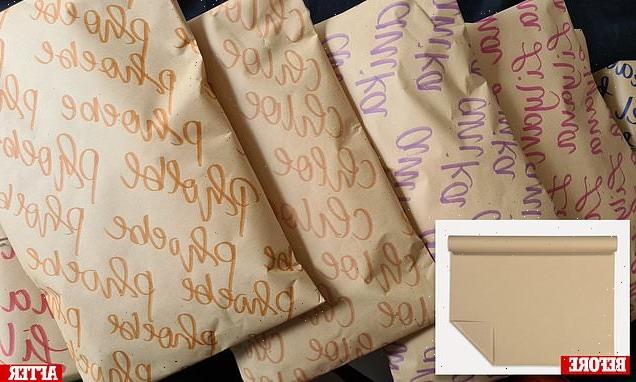 Level-up your gift game: Why this wrapping hack is a must-know for Christmas – and the on-trend paper costs just $5

With Christmas only six weeks away, a clever Kmart shopper has shared her budget gift wrapping hack using a craft product.

Danielle, from Melbourne, shared images to a popular Facebook group and revealed she wrapped the gifts using $5 brown craft paper.

But before wrapping the presents, she repeatedly wrote the names of the recipients in cursive handwriting for a decorative touch. 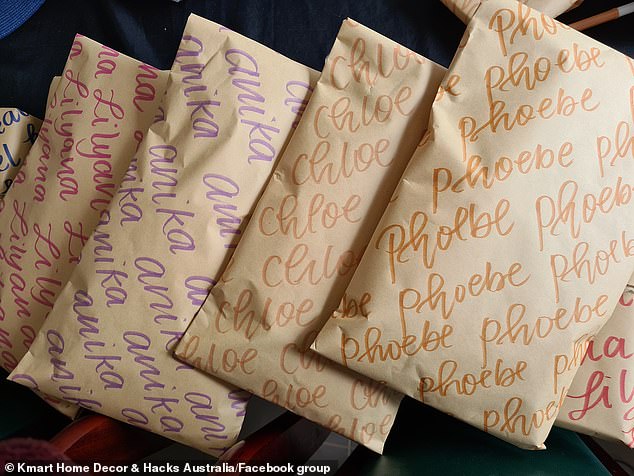 ‘Kmart craft paper to gift wrapper and my little calligraphy skills,’ she captioned the post.

And instead of using ribbon she tied the presents with twine to perfectly match the style.

The idea is not only environmentally friendly but would save money on fancy wrapping paper.

The end result looked fantastic and was dubbed as a ‘genius’ idea by other social media users.

‘I would so buy this wrapping paper! Awesome job,’ one person wrote in the comments.

‘Genius!!! Wish I’d seen this before I bought lame wrapping paper,’ another added.

The social media post was ‘liked’ more than 2,600 times, but others didn’t seem to believe they could replicate the calligraphy handwriting.

‘If only my handwriting was this neat to do a hack like this,’ one person wrote.

‘Looks so great but wouldn’t have the patience, one name would be enough for me,’ another added.