While Debra Newell might have fallen hard and fast for John Meehan on Bravo’s Dirty John, her daughter Veronica was never a fan. British actress Juno Temple plays Veronica on Dirty John and in many ways, she and Terra, played by Julia Garner, are the unexpected heroes of this true-crime story. While it’s Terra who deals the final blow to Meehan, it’s Veronica who immediately judges that John isn’t good enough for her mom. And her instincts turn out to be more right than anyone could have possibly imagined. The character of Veronica is modeled after Newell’s real-life daughter Jacquelyn and in an interview with Bustle, Temple makes it clear how much she admires and respects these women for sharing their story with the world.

Dirty John first started as a Los Angeles Times podcast and article series that outlined Newell’s whirlwind and ill-fated romance with Meehan. While Jacquelyn was involved in Christopher Goffard’s telling of her family’s story, she hasn’t become a public figure like her mother and younger sister Terra. No photos of Jacquelyn were shared in the podcast’s accompanying articles and for the scripted Bravo series, Jacquelyn became Veronica. "I respect that because my character wants to keep her privacy," Temple says.

"When you take on a role, whether it’s based on somebody who’s existing or who has existed or if it’s a fabricated person, you have to respect that role with every piece of you. You can’t half-ass anything," Temple says. "And I also think it was important to remember that you’re playing a character that is created for a TV show. You’re not actually playing that person." 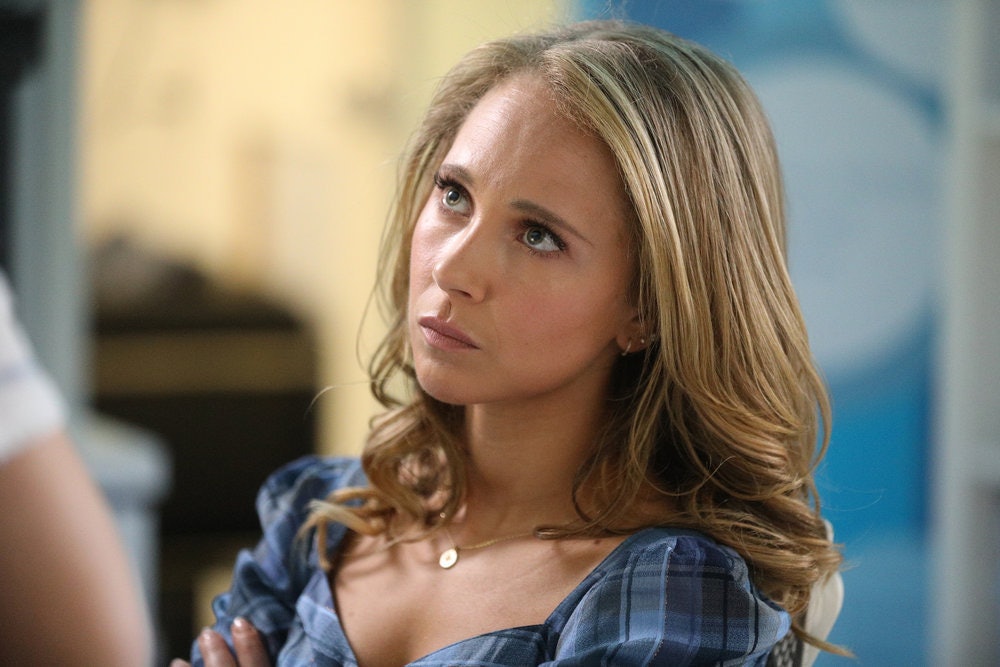 Even though Veronica is not Jacquelyn, Temple says how "brilliant" it was to have the podcast to refer to. (She also notes how "gobsmacked by this podcast" she was, just like the other millions of listeners.) "I don’t know people from Orange County. I really haven’t grown up in that world," she says. "I grew up in the middle of nowhere in Somerset, England, with no cell phone service and if you have a power cut, you’ve got candlelight for three days. … So I think the podcast was a really important piece of research that really helped me, especially for accents and also to kind of get a sense of who these people are."

Temple did have the opportunity to meet the women who inspired the show, including Jacquelyn, at the Dirty John premiere. "It was lovely to meet everybody. It was really interesting and also nice to sort of get to say thanks for sharing your story," she says. "I hope that they all, as a family, like what we all did together for the show and that they feel it shows an accurate telling of what they wanted to do. I think it’s brave when women share their stories."

In the below photos from the premiere, you can see stars Eric Bana, Connie Britton, and Temple with Newell and Terra and then, Bana and Temple with Meehan’s two daughters, Abigail and Emily. 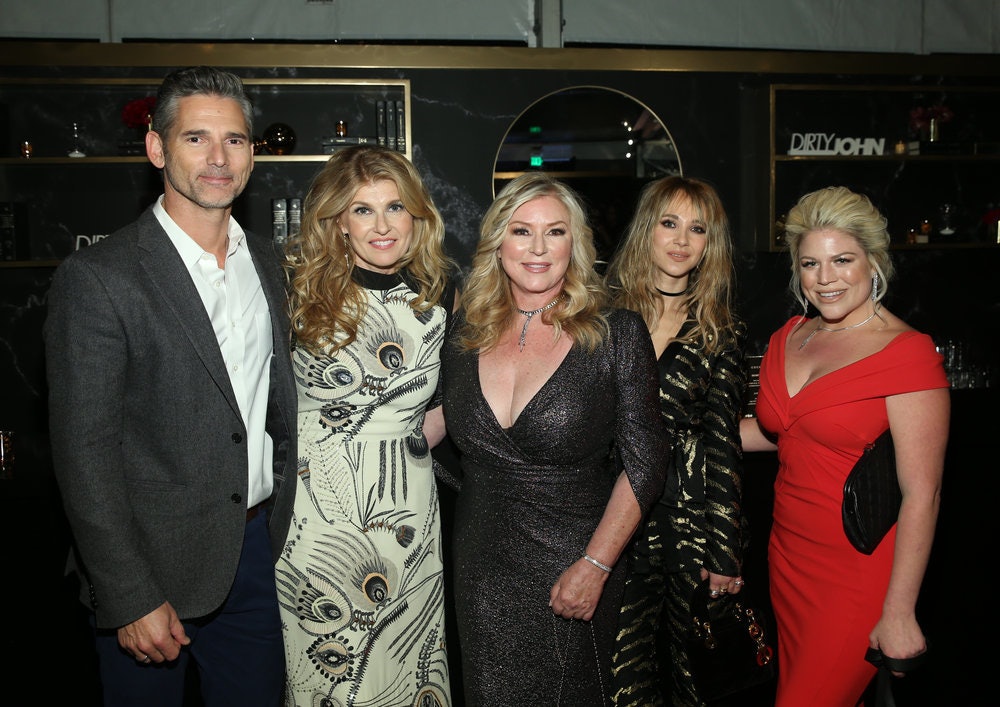 Along with having an appreciation for the Newells, Temple also has an admiration for the women she worked on Dirty John with. "I’m such a huge Connie Britton fan, I just love her so much. And I think she brings so much honesty to every performance she does and I just was really excited to get to work with her," she says. Temple has also worked with Garner before and their Instagrams show that they have a friendship that extends beyond their onscreen sisterhood. "She’s a really dear friend of mine, so that was exciting too, cause you don’t even have to fake family friendships there," Temple says.

Veronica and Terra are characters that viewers may underestimate since these young women come off as just the teensiest bit spoiled. But Temple says, "Don’t judge a book by its cover, man. Don’t." Both sisters are correct to be suspicious and disapproving of John — although Veronica is the far more outspoken one. "She truly owns who she is and she is quite a ballbuster," Temple says. 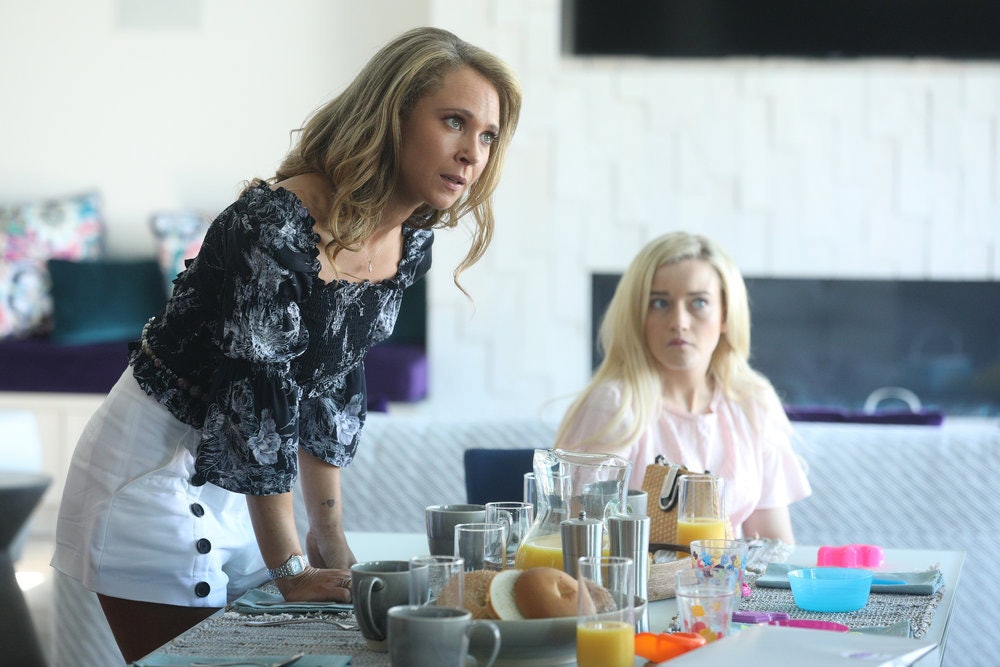 "Everything that comes out of her mouth she says with such conviction, which it was cool to play her for that. She doesn’t waste her breath. If you ran into her at a party, I don’t think she’d want to make small talk with you. She’s gonna want to talk to who she wants to talk to or she’s not going to say anything at all. I think that’s actually a great quality," Temple says. "I’ve spent a lot of time panicking in situations and saying things that I might’ve thought, ‘Why did I say that?’ And Veronica, I see her with quite a lot of confidence."

But there’s more to her than just her brazen attitude. "She’s a complex creature. I do think she’s got a lot of walls up even within her family. And she is protecting her family," Temple adds. "She cares fiercely about her family, but I also think she’s guilty of being lazy and depending on her mother. … I think she’s frightened of John stealing her mother and she doesn’t want that cause she’s also dependent on her mother." 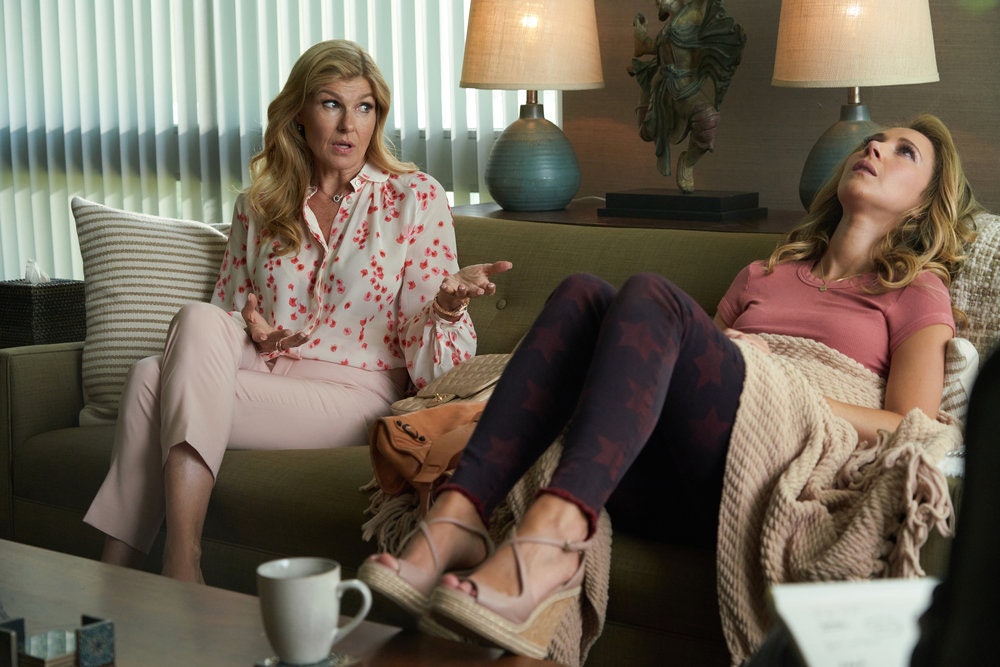 Temple notes that she’s "very, very different" from Ronnie, but "I think it’s important to take away a little bit of your characters that you play. There’s gotta be something that you can take with you that propels you out into the world with more knowledge. And I do think her conviction of self and her confidence is a really cool thing."

As the most recent episode, "Shrapnel," showed, forgiveness is another trait that the women in the Newell family clearly share. Yet, while it might seem unlikely that Ronnie could forgive her mom for taking back John, listeners of the podcast know that it’s possible. "I think that forgiveness is one of the most important things in a love affair — be that with friends, family, or a lover. And [the women] really are able to forgive each other and I think that’s what actually kind of also gives them their power," Temple says of the Newells. "That’s ultimately what’s really interesting about the show. That’s kind of the real love story, isn’t it?" 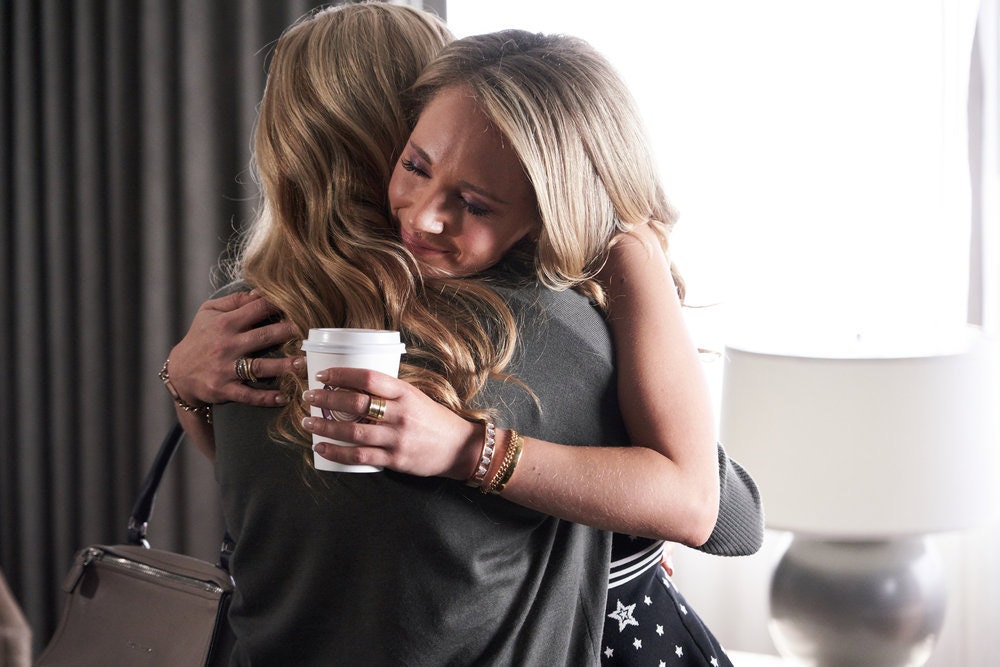 Temple herself can understand how Debra fell for John since the actress calls herself a "hopeless romantic." And she doesn’t want viewers to "give up on romance" because of this story. But she also wants women watching Dirty John to learn from what happened to Newell and to listen to their intuition. "It’s important to remember, as a woman, that loving ourselves is kind of the most important thing," Temple says. "Cause we’re mighty powerful as women. I’ve got quite a lot of psychic female friends and I’m amazed by their ability to tap into what’s going on in the planet and people’s feelings and emotions."

"It’s a complicated story and it shows all different sides of a woman and I think it was brave of Debra to share her story," Temple says. Even though John thought he could take advantage of the women in Dirty John, that doesn’t stop Temple from being proud of the characters she and the rest of the cast got to play. Because the real takeaway isn’t that women can be conned — it’s that they’re really good at surviving and sticking together. "I just am so glad that I’m a woman," Temple explains.