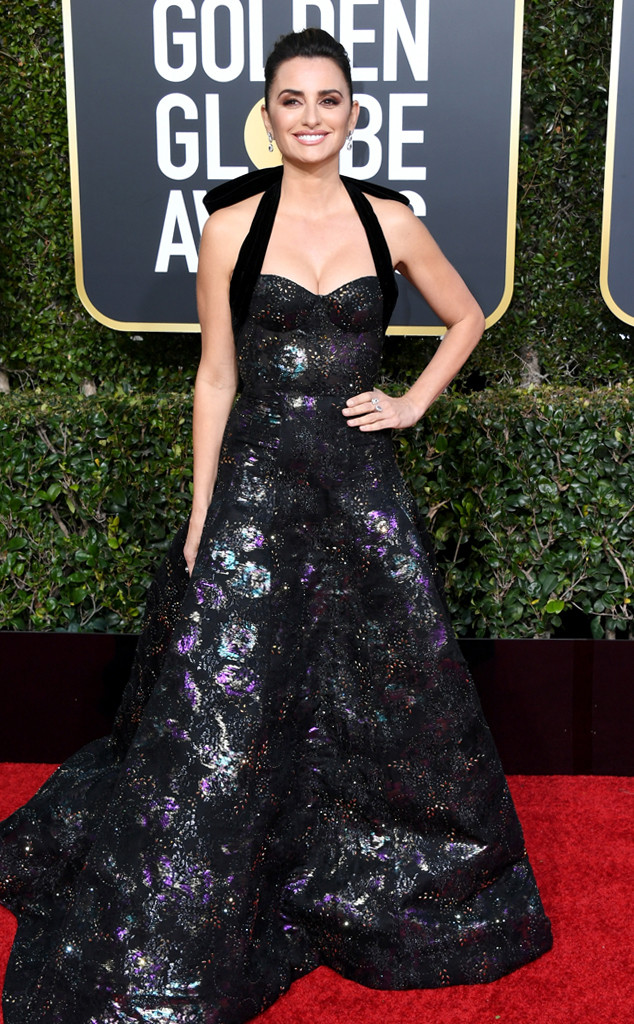 The Assassination of Gianni Versace: American Crime Story star, who is up for Best Performance by an Actress in a Supporting Role in a Series, Limited Series or Motion Picture Made for Television, chatted with Ryan Seacrest during E!’s Live From the Red Carpet at the 2019 Golden Globes on Sunday and opened up about the pressure of playing Donatella Versace in the hit FX series.

In fact, Cruz told series creator Ryan Murphy that she wouldn’t sign onto the show until she spoke to Versace, as the show cenered on the 1997 murder of her brother, iconic fashion designer Gianni Versace.

Cruz’ co-stars Darren Criss and Edgar Ramirez are also nominated at the 2019 Golden Globes, while the show is up for Best Television Limited Series or Motion Picture Made for Television.

Tune in to the Golden Globes telecast at 8 p.m. on NBC. Afterwards, head to E! for the Busy Tonight Live: Golden Globes After Party special at 11 p.m.! And for a recap of everything 2019 Golden Globes, watch E! News Monday at 7 p.m.!