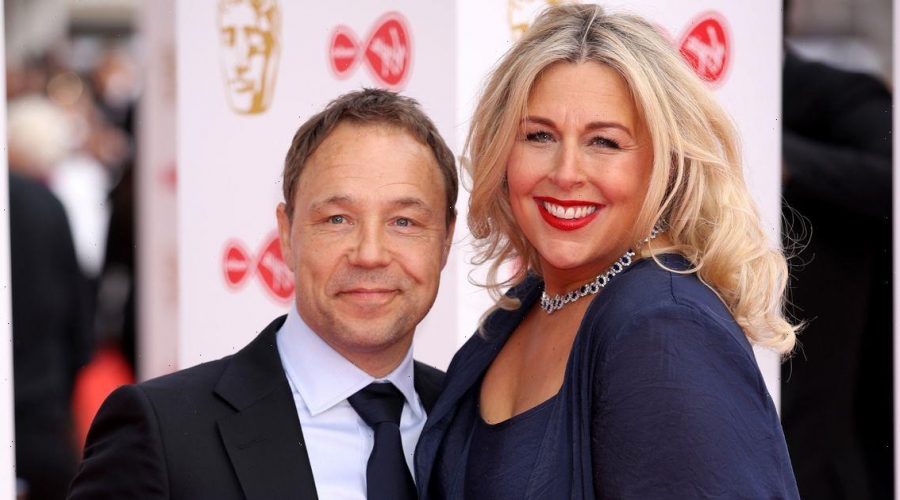 Stephen Graham is the star of the hit BBC One series Time and is married to his real off-screen wife in the drama.

The 48 year old, who played John Corbett in Line of Duty, plays prison officer Eric McNally, whose son is locked up in jail, in the three-part drama which also stars Game of Thrones actor Sean Bean.

However eagle-eyed fans may have noticed that Stephen’s on-screen wife, Sonia McNally, played by Hannah Walters, 46, is his other-half in real life.

But what else do we know about the actress? Let’s take a look…

Who is Hannah Walters?

She also played DC Megan Riley in BBC’s Whitechapel between 2012 and 2013.

How did Stephen and Hannah meet?

Stephen and Hannah tied the knot in June 2008 and live together in Ibstock, Leicestershire.

The couple first met when they were training at the Rose Bruford College of Theatre and Performance in Kent.

The pair went onto star alongside each other in This Is England with Stephen nominated for Best Supporting Actor at the British Independent Film Awards for his role as Andrew “Combo” Gascoigne.

Speaking about the secret to their marriage, Hannah told The Mirror: “Twenty eight years we’ve known each other. I’m going to be honest – the secret is that it’s me fancying my best mate.”

Meanwhile Stephen recently revealed how it was “absolutely phenomenal” working with Hannah on the BBC One drama Time which marks their 10 th joint screen outing.

Do Stephen and Hannah have children?

The couple share children Grace and Alfie with Hannah often posting candid snaps of the family to her 43,700 Instagram followers.

At the 2022 BAFTAs the couple walked up on stage together and picked up an award for best mini-series.
As they collected the exciting award, Stephen raved about how special it was to act alongside his life in Time.

For your latest showbiz news, sign up to OK!'s daily newsletter here