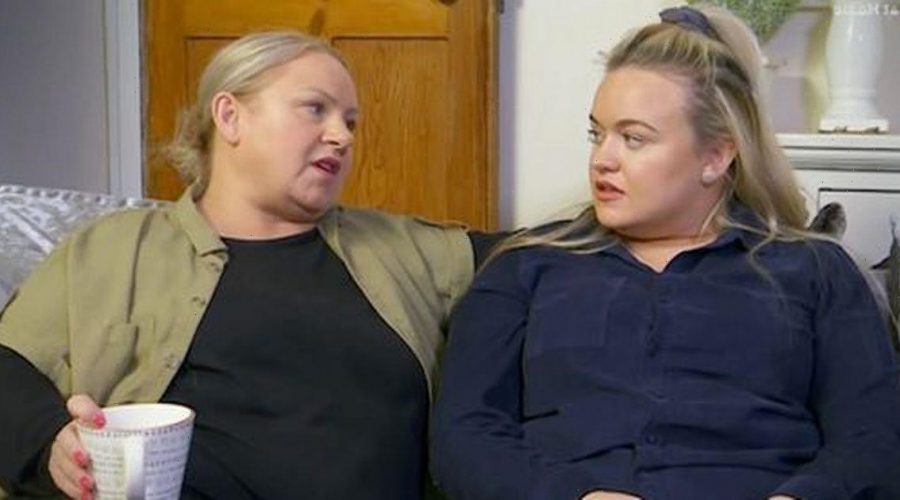 The latest series of Gogglebox kicked off last month, but two of the show's much-loved participants were noticeably absent.

Mum and daughter duo Paige and Sally were no where to be seen when the new season aired on September 17, leaving fans wondering what had happened.

They first appeared on screens back in 2019 and quickly became fan favourites with their humorous one-liners and witty commentary.

As fans questioned where they were, Paige took to Twitter to announce that they had decided to leave the show for good.

Gogglebox fans were shocked by the news, and now many viewers have been wondering what the pair's lives are like away from the Channel 4 show…

Who are Paige and Sally?

The mum and daughter duo is made up of Paige Deville and Sally Hayward.

Paige is 25 years old while her mum Sally is 54, and they are both from Birmingham.

Paige is the director of both Palm Recruitment and No. 19 Locks N Lashes.

Sally is a carer for the elderly and disabled, and is also mum to daughter Beau, 15, and son Miles who both stay out of the limelight. She is also grandmother to Hunter, 3, and newborn Jaxx.

Paige and Sally lived together until Paige bought her own home with ex-boyfriend Brad in June 2019.

At the time, Paige excitedly announced the news on social media, sharing a snap of herself and boyfriend Brad stood outside their new front door.

However, it is now believed that Paige is no longer with Brad after she removed all traces of him from her social media pages.

Why did Paige and Sally leave Gogglebox?

Paige and Sally first appeared on Gogglebox in 2019, after Paige was scouted at her local hairdressing salon.

Paige took to Twitter earlier this month to announce the pair's departure from the show.

She wrote online: "I have made the decision to walk away from Gogglebox.

“It’s been an experience but one I cannot continue with due to long hours of filming, restrictiveness, control of our actions and opinions & zero aftercare support but hey who cares about ex cast, their NTA winners.”

Channel 4 later responded with their own statement to Paige's claims, saying: “The welfare of contributors – past and present – is of paramount importance and robust protocols are in place to support contributors before, during and after taking part in the series."

Paige also revealed that she had fallen out with her mum and they no longer speak.

She wrote: “There have been problems within the family and my mum was given an ultimatum. The decision means I have nothing to do with her now. I think the decision is irreversible. It is very sad but that’s life unfortunately.”

Gogglebox continues on Channel 4 every Friday at 9pm.

For the latest updates on Gogglebox stars, sign up to OK!'s daily celebrity newsletter.

10/01/2021 lifestyle Comments Off on Who are Paige and Sally on Gogglebox and why did they quit the show?
Recent Posts