BOSTON — Sending Boston crime boss James “Whitey” Bulger to a troubled federal penitentiary that housed other New England mobsters was like giving him a “death sentence,” a prison workers’ union official said Friday. Authorities said two Massachusetts mobsters are under suspicion in Bulger’s killing but no charges have been filed.

Bulger, who ran the largely Irish mob in Boston in the 1970′s and ’80′s and ratted on the New England Mafia, was killed Tuesday just hours after his arrival at USP Hazelton, the third killing in six months at the remote prison in West Virginia, where workers and advocates have long been warning about dangerous conditions.

The 89-year-old should never have been transferred to Hazelton, said Jose Rojas, who represents workers at the Florida prison where Bulger was previously held. “You can’t send someone like Whitey Bulger there. Number one, because he’s high profile, and number two because he’s a snitch,” Rojas said.

“Somebody dropped the ball when they designated him to Hazelton. … It’s a death sentence,” he said.

Bulger was severely beaten by one or more inmates before his death in prison, law enforcement sources told CBS News. The notorious mob boss was found unresponsive in his cell on Tuesday.

A federal law enforcement official told The Associated Press that disciplinary issues prompted Bulger’s transfer from the Coleman prison in Florida, where he was serving a life sentence for participating in 11 killings. The official insisted on anonymity because he was not authorized to release details.

In February, Bulger threatened an assistant supervisor at Coleman, telling her “your day of reckoning is coming,” said Rojas, who works at the prison. Bulger received 30 days in disciplinary detention, he said. 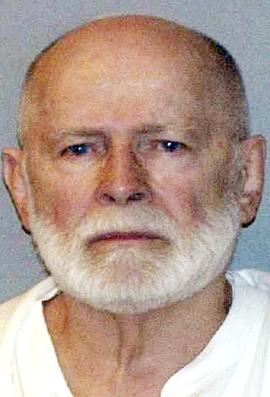 Bureau of Prisons officials didn’t immediately respond to a request for comment Friday. They previously declined to comment on why Bulger was moved.

A law enforcement official said Friday that one suspect is 44-year-old Paul J. DeCologero, who was part of an organized crime gang led by his uncle on Massachusetts’ North Shore called the “DeCologero Crew.” The official insisted on anonymity because he was not authorized to discuss the investigation.

A former federal investigator told the AP that Fotios “Freddy” Geas, a Mafia hitman who is said to hate “rats,” is also a suspect. That official likewise refused to be named, citing the ongoing probe into Bulger’s death.

The FBI has declined to comment. Federal officials have only said they are investigating Bulger’s death as a homicide.

DeCologero was convicted in 2006 of racketeering and witness tampering charges for a number of crimes. Authorities say he bought heroin that was used to try to kill 19-year-old Aislin Silva, who his uncle wanted dead because he feared she “would betray the crew to police.”

The heroin didn’t kill her, so another man broke her neck, dismembered her and buried her remains in the woods.

Jeanne Kempthorne, an attorney who represented DeCologero on his appeal, said she had no reason to believe DeCologero had any animus toward Bulger. DeCologero is supposed to be released in 2026, online records say.

“I have a hard time seeing a motive,” Kempthorne said.

The other suspect, Geas, was a close associate of the Mafia and acted as an enforcer, but was not an official, “made” member because he is Greek, not Italian.

Geas and his brother were sentenced to life in prison in 2011 for their roles in several violent crimes, including the 2003 killing of Adolfo “Big Al” Bruno, a Genovese crime family boss in Springfield, Massachusetts.

Another mobster ordered Bruno’s killing because he was upset he had talked to the FBI, prosecutors said.

11/03/2018 lifestyle Comments Off on Whitey Bulger’s prison transfer was like giving him a "death sentence," union boss says
Recent Posts