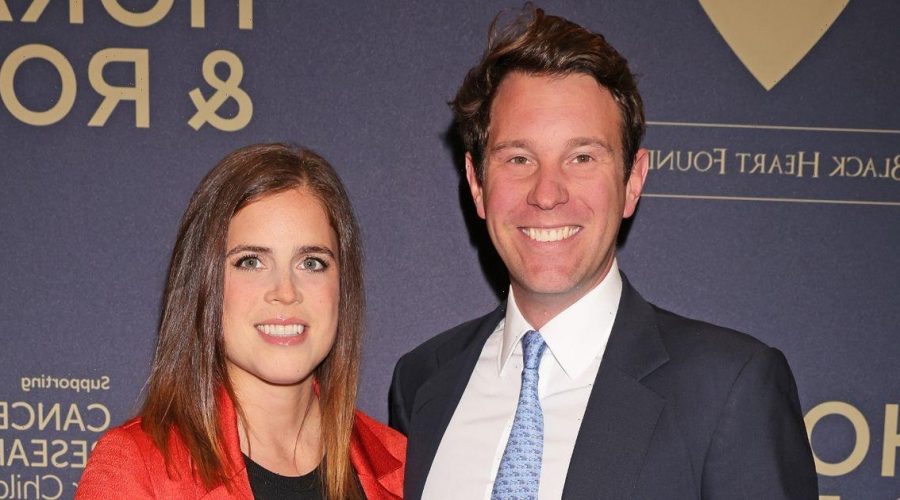 Princess Eugenie announced the happy news that she is pregnant with her second child.

The 31-year-old royal shared a sweet snap taken by her husband Jack Brooksbank of her son August kissing her blossoming baby bump.

In it, Eugenie dressed in a cosy woolly hat beams at August as they stand next to a fence in a leaf-strewn field.

Buckingham Palace confirmed the exciting news saying: “The family are delighted and August is very much looking forward to being a big brother.”

Eugenie and Jack tied the knot in a grand ceremony inside St George’s Chapel in Windsor Castle in 2018.

More than 850 people packed into the church to watch the couple exchange vows including the late Queen, supermodel Cara Delevinge and Robbie Williams.

So where are the family in the royal line of succession?

The next person to be the king of the country will be Prince William, the first born son of King Charles.

Next are Prince William’s children in order of when they were born: Prince George, Princess Charlotte and then Prince Louis.

If Prince George has children before he dies then they will become the next in line for the throne, pushing Charlotte and Louis and the others further down the list.

However, as it stands, Prince Harry is 5th in line, followed by his two children: Archie then Lilibet.

The Duke of York, the Queen’s next son is then eighth in line – followed by his first born daughter Beatrice and her daughter Sienna.

Eugenie is 11th in line for the throne, followed by August.

Once her second child is born they will take 13th spot – over King Charles’ brother Edward (the Earl of Wessex).

As it is, there are only 23 members of the Royal Family who are in line for the throne.

These are Edward and his children, Viscount Severn, his daughter Lady Louise followed by the Queen’s sister Anne.

The Princess Royal’s first born Peter Philips is next followed by his children Savannah and Isla and then Zara Tindall and her children Mia, Lena and Lucas.

As members of the royal family have more children or pass away, the line is constantly changing.

01/24/2023 lifestyle Comments Off on Where is Princess Eugenie’s second child in the royal line of succession?
Recent Posts